by Melissa Mackenzie
Smaug the dragon, from the film “The Hobbit” 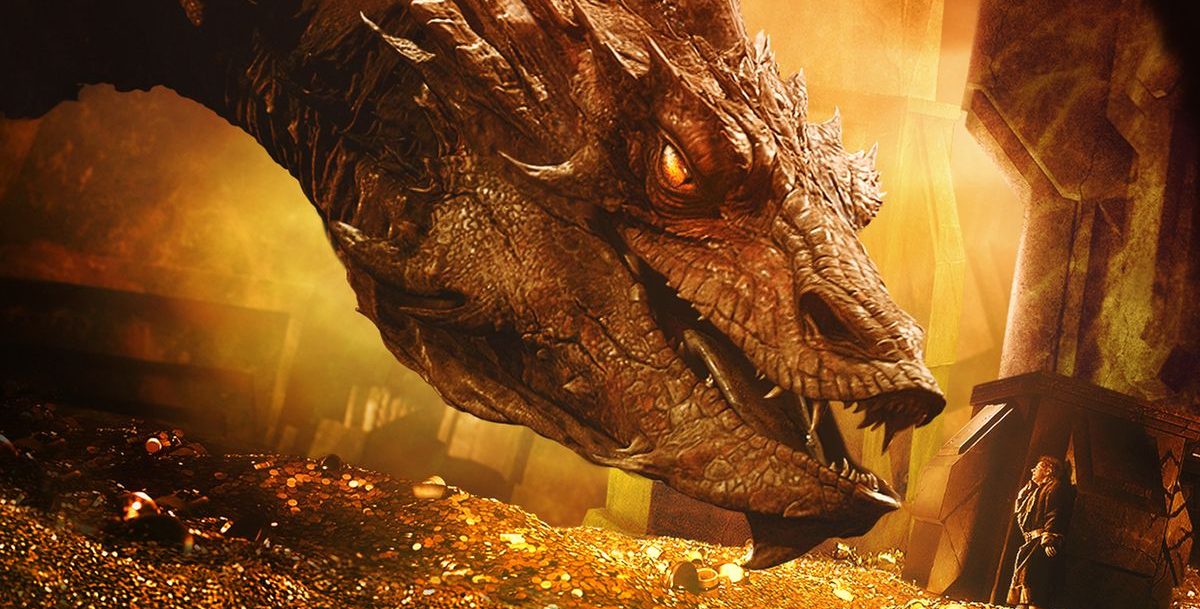 THIS is the only 25 seconds you need to see.

Inspector General Michael Horowitz appeared before the Senate Judiciary Committee to talk about the report he released last Friday. Horowitz described the FBI’s behavior in the Crossfire Hurricane investigation as inexplicable. Sen. Ted Cruz, at his best when using his legal scalpel, got to the heart of the matter:

.@tedcruz: “A lawyer at the FBI creates fraudulent evidence, alters an email, that is in turn used as the basis for a sworn statement to the court that the court relies on. Am I stating that accurately?”

IG Horowitz: “That is correct, that is what occurred.” pic.twitter.com/2ilD17Me7K

The FBI didn’t just apply to spy on an American citizen; it also omitted exculpatory evidence, doctored the application, and used unproven documentation. It lied to the court.

The crux of the FBI’s investigation into the Trump campaign and people tangentially and directly involved with the campaign was the Steele dossier. (Note: Brennan lied.) There was no other evidence besides the Steele dossier. The media lied about that, too. Remember, the dossier was the unproven talk of the town. Ben Smith of Buzzfeed published the dossier even though his stellar news organization did not verify one fact. It was presented like a terrorist manifesto. And, in fact, it was.

For a media organization to not check the facts is bad enough. For the FBI, it’s unforgivable. The FBI continued to rely on the Steele dossier after it knew that the key assertions in there were hearsay and jokes shared in a bar.

Primary Sub-source, who fed Avatar Steele, told FBI in March 2017 that info was “word of mouth & hearsay;” “conversation … had w friends over beers;” & some allegations made in “jest.”

A friendly lawyer parsing on Twitter pointed out that the part of the dossier revealing golden showers and hookers wasn’t used in the FISC documents. The good part of the dossier was used — except it wasn’t good. The whole thing was a fabrication. The geniuses at the FBI who couldn’t verify the urine and whores, guessed that Christopher Steele’s report wasn’t undermined by the salacious nonsense and bought the parts that sounded a bit more plausible but were also unfounded hogwash. They bought it so much they presented it as fact to the FISA court. Inexplicable.

Horowitz’s testimony was devastating. One wouldn’t know that by watching news stations yesterday. CNN didn’t even cover the inspector general’s testimony even though it was compelling television. In contrast to the flim-flam impeachment trial, this testimony was serious and important.

The favored media word now is “predicate.” As in, the investigation had a fair and unbiased predicate. This, too, is hogwash, of course. This crack FBI team just had the sense to not say, “We hate Trump, so we were looking for a reason to spy on his campaign.” No, they gathered flimsy evidence to open an investigation into the political rival of their favored candidate. Maybe a hunch or flimsy evidence is fine when a foreign national mentions his bomb-making garage to his American sister-in-law. It is absolutely not fine when investigating an American and using doctored evidence as fuel for the power of the FBI and DOJ to deceive the FISA court.

This has been my argument all along: Shouldn’t the threshold for this sort of spy operation be sky high? Shouldn’t the evidence be air-tight, vetted, and quadruple checked, because being wrong is disastrous not only for the innocent victims being hounded but also for public faith and rule of law?

Evidently, when the object of government scrutiny is loathed, the rule of law doesn’t matter.

While the FBI was wire-tapping Trump Tower, trying to entrap Trump advisers, and surveilling the campaign, Trump did something unexpected in late 2016. He won the election.

Fear and loathing turned into hysteria. The jig was up.

The Steele dossier that was whispered about, circulated by the Clinton campaign’s Fusion GPS opposition research team, and rejected by most news organizations, was published by Buzzfeed on January 17, 2017, three days before Trump was inaugurated. President Trump didn’t even receive one day’s grace as the new president of the United States. All hell broke loose.

There were riots in D.C. on Inauguration Day. The Clinton voters, like Clinton herself, did not take losing well. It had to be a conspiracy. The Russians! The media loved the ratings that the “pee tape” gave them. The president had to endure these baseless smears.

The Left was consumed with Resistance fever. Journalists, Democrats, Obama leftovers in the government, and embarrassed Never Trumpers were talking about Trump being “literally Hitler.” They didn’t believe that, not really. It was something they said to their friends, who said it to their friends, and they whipped themselves into a righteous lather in which norms and sense are discarded.

In July 2016, America’s supposed elites in the government, media, and entertainment decided that Trump must be thwarted by any means necessary.

I suggest you go back and read George Neumayr’s piece titled “John Brennan’s Thwarted Coup.” Readers of The American Spectator were knowledgable of what was really happening in early 2018. Anyone who stuck with the mainstream media still doesn’t understand the scope and depth of the malfeasance in America’s top law-enforcement agencies.

Horowitz yesterday mentioned Andrew McCabe’s “hand-picked” team. McCabe was the deputy director of the FBI before President Trump fired him for lying. Remember how the media worried about poor McCabe’s pension? Again, Spectator readers know all about Andy McCabe’s modus operandi. To refresh your memory, read attorney George Parry’s opus on the vindictive top agent. Also, recall that McCabe is now a commentator for CNN. Liars know where to congregate.

One of McCabe’s team members was Bill Priestap, head of counterintelligence. Spectator readers know all about him, too. Reread Jed Babbin’s piece explaining Priestap’s London trips that coincided with bumbling buffoon spy Stefan Halper. Jed notes this about the FISC warrants:

Because FISC warrants against American citizens have to be renewed every three months, a series of four warrants were issued by the FISC authorizing the surveillance of Page, interception of his communications, and wiretaps of his phones.

The fact that those procedures were followed only makes the abuse of power more evident.

They all participated in the fraud.

When James Comey was fired, he retaliated like all spurned dragons do. Through his friend, he leaked classified information to the press and that leak served as justification for the bogus Mueller investigation — a mop-up operation by Comey’s best bud.

And this bears repeating: They succeeded. The Democrats, media, deep state, and Never Trumpers fomented this fiction to stymie the duly elected president of the United States. They’re still doing it.

When the Mueller investigation failed, they started the impeachment shenanigans. Weird academics intoned while pathetic charges brought by Democrat operatives masquerading as advisers claiming to be whistleblowers who kvetched over policy disagreements. Yesterday, to obscure the disastrous Horowitz testimony, the Democrats brought baseless impeachment charges.

Never has a president had to endure such relentless harassment. A man of business, Trump came to the presidency as a political naif and has reaped the wrath of a government leviathan hell-bent on protecting its power and ill-gotten gain. The president isn’t naive any longer.

President Trump wants an impeachment trial in the Senate. He wants blood. He wants to call every witness and reduce them to rubble. Whether that’s the best political strategy or not is questionable. But Trump’s instincts so far have rarely been wrong. The Senate doesn’t want another spectacle. It will be interesting to see who wins.

What an abomination! What wretched, despicable people inhabit these institutions. It’s no surprise. That’s what humans are: wretched. It’s why their power should be limited. The FBI and DOJ need to be scoured. Their power must be curtailed. The FISA court needs to go.

Still, the Democrats have said that they won’t stop going after the president. Congressman Jim Jordan summed things up:

It bears considering: Why? Why are the Democrats continuing to fight like cornered pit vipers? So far, they’ve been on offense. If impeachment is picked up in the Senate, they’ll be on defense. When AG Barr comes out with the Department of Justice findings, it will be worse. What’s lurking under this pile of power? Why does it seem that the FISA court is just the beginning?

The cornered dragon’s only hope is to destroy his nemesis. If Trump wins again, there will be more time to root out the corruption. One wonders what will be found.

Melissa Mackenzie
Follow Their Stories:
View More
Melissa Mackenzie is Publisher of The American Spectator. Melissa commentates for the BBC and has appeared on Fox. Her work has been featured at The Guardian, PJ Media, and was a front page contributor to RedState. Melissa commutes from Houston, Texas to Alexandria, VA. She lives in Houston with her two sons, one daughter, and two diva rescue cats. You can follow Ms. Mackenzie on Twitter: @MelissaTweets.
Most Popular
1
In Memoriam
George Neumayr, RIP
by Wlady Pleszczynski