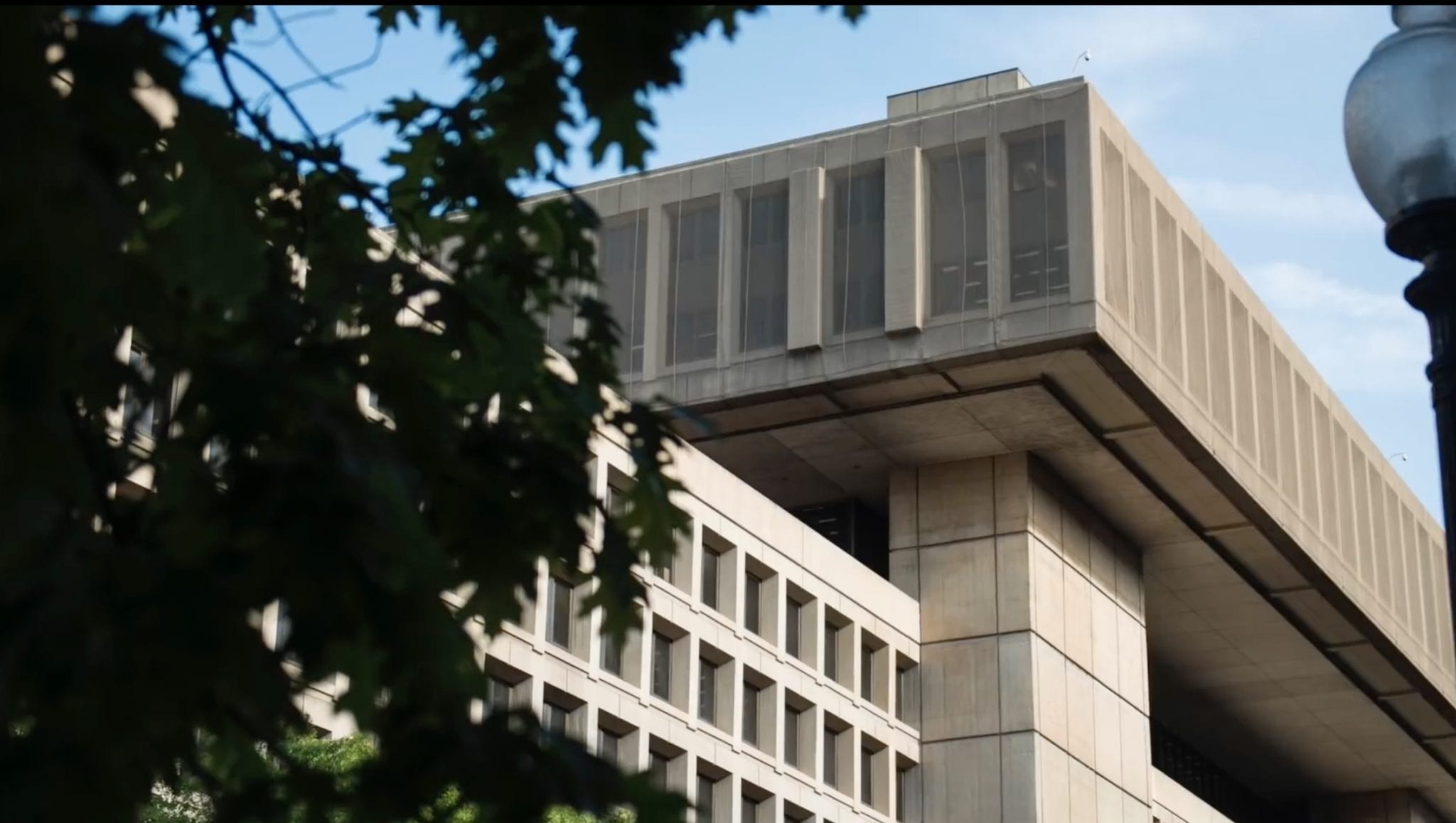 On Friday the FBI lost the first big battle in its war to conceal its actions during the 2016 presidential campaign when the White House declassified and the House Permanent Select Committee on Intelligence (“HPSCI”) released its four-page memorandum detailing a pattern of abuse of power by the FBI and senior Department of Justice officials.

The FBI has said the Memo is inaccurate because it doesn’t state all of the relevant facts. Fine. If there is more to see, it should be declassified and disclosed. The Democrats are utterly panicked by the Memo because it clearly undercuts the justification for special counsel Robert Mueller’s investigation into alleged collusion between Russia and Mr. Trump’s campaign.

Let’s start at the beginning. The Foreign Intelligence Surveillance Act (“FISA”) was enacted to enable U.S. intelligence agencies to intercept written, oral, and every sort of electronic communications by agents of foreign powers (and now terrorist networks) which comprise efforts to commit espionage, sabotage, or terrorism against the U.S. government or its citizens.

The Act functions, in large part, through the Foreign Intelligence Surveillance Court (“FISC”), which approves or disapproves search warrants on the basis of sworn affidavits presented to it, almost always by the FBI, that present probable cause that a person is engaging in intelligence activities against the United States. In the case of a U.S. citizen, the warrant has to show probable cause to believe that the person is the agent of a foreign government or terrorist group and is engaging in criminal conduct.

The Memo describes four FISC warrant applications against Carter Page, a U.S. citizen and foreign policy adviser to the Trump campaign. Page opened the office of the Merrill, Lynch brokerage in Moscow in about 2004 and lived there for several years. He engaged in deals with Russian energy companies and made the acquaintance of Victor Podobnyy, an attaché in the Russian consulate in New York City.

The Memo reveals that on four occasions the FBI obtained FISC warrants to surveille Page, but it doesn’t say on what basis the FBI alleged that he was a Russian agent or what criminal activity he was accused of. Knowing Russians or meeting with Russians is not a crime. Even if Page sought information from the Russians damaging to the Clinton candidacy, that action is not criminal conduct.

What the Memo does reveal is that FBI Deputy Director Andrew McCabe testified to HPSCI in December 2017 that no surveillance warrant against Page would have been sought from the FISC without the information contained in the “dossier” written by Christopher Steele, supposedly a former British spy, on behalf of the Fusion GPS company. Fusion was paid $160,000 by the Hillary Clinton campaign and the Democratic National Committee through the Perkins, Coie law firm for the purpose of obtaining derogatory information on then-candidate Donald Trump’s ties to Russia.

Steele was, for a time, an FBI source and fired in October 2016 for violating its procedures against seeking publicity. At that point, the Memo reveals, an independent unit of the FBI concluded that Steele’s reporting was “only minimally corroborated.”

There were reportedly at least three reporters paid by Fusion to publish stories on the basis of the dossier’s information.

The Memo says, in blunt terms, that at no time was the FISC told that Fusion was paid by the Clinton campaign and the DNC, a key fact that would have clearly impugned its validity because it was politically motivated.

The Memo reveals that Bill Priestap, the head of the FBI’s counterintelligence division, said that in September 2016, when the investigation commenced, the FBI’s effort to corroborate the information in the dossier was “in its infancy.”

It also reveals that in September 2016 Christopher Steele told Associate Deputy Attorney General Bruce Ohr that he “was desperate that Donald Trump not get elected and was passionate about him not being president.” Ohr, according to the Memo, was in contact with Steele both before and after his termination as a source. Ohr’s role in the FISC warrant applications, if any, is not described but his title at DoJ means that whatever information he obtained from Steele can be imputed to the FBI’s knowledge.

What all that boils down to is that one or more FBI agents swore, under penalty of perjury, to information from Steele’s dossier that was unverified. It remains so until this day.

Thus, the Memo demonstrates a pattern of abuse of power by the FBI and Justice Department during the 2016 election and extending through Donald Trump’s transition period to the presidency. Again, the FISC was never told of the political motivations of Steele and GPS, information key to the credibility of the FBI’s affidavits and directly relevant to the FISC warrant applications. In literal terms, the FBI’s sworn affidavits were a fraud on the court.

A Saturday story in the Washington Post claims — on the basis of anonymous sources which must be either in the FBI or the Democrat members of the HPSCI — that the FBI did tell the FISC about the political nature of the warrant applications.

But one of the authors of the Memo, Republican Rep. Trey Gowdy, has said that the information in the memo was all taken from materials supplied to the HPSCI by the FBI.

Because FISC warrants against American citizens have to be renewed every three months, a series of four warrants were issued by the FISC authorizing the surveillance of Page, interception of his communications, and wiretaps of his phones.

The fact that those procedures were followed only makes the abuse of power more evident.

The Memo says that the investigation began with respect to George Papadopoulos, a low-ranking campaign advisor, in July 2016. That investigation evidently was begun on the basis of information received from Steele. (Papadopoulos has pled guilty to lying to the FBI about his Russia contacts.)

But the dossier and Steele’s other information, as the FBI knew well, was nothing more than hearsay.

To add to the problem, the September 23, 2016 warrant application cited a Yahoo News article about Carter’s trip to Moscow in July 2016. In evidentiary terms that’s also hearsay and of absolutely no evidentiary value, though it was evidently cited — in completely circular reasoning — as verification of the dossier information.

The Memo doesn’t reveal the words used in the FISA warrant applications. If the FBI intended to be honest with the FISA court — which it clearly didn’t — it would have revealed that the dossier was nothing more than a compilation of unverified and politically driven allegations.

The conclusion we have to draw is that the sworn affidavits supporting FISA warrant applications were false, and probably intentionally so. That would, at least, be a false official statement which is a crime under 18 US Code Section 1001. Each person who endorsed the applications with knowledge of the Clinton campaign and DNC having paid for the dossier’s dirt on Trump and the fact that the FBI hadn’t verified the information in the dossier would also be guilty of that crime.

Again, what this boils down to is that the FBI used information to get the FISA warrants that it either knew was false or had reason to suspect was false. In essence, the FBI falsified evidence in the warrant applications.

A couple of analogies come to mind. What if a neighbor you’re feuding with about a fence line wrote a letter to the local police chief accusing you of peddling drugs, and the police chief used that accusation to get a search warrant of your house?

Or what if you’re a politician and your opponent in the next election accuses you of embezzlement, a hostile reporter writes a story about the accusation, and the FBI got a search warrant to wiretap your telephones, intercept your emails, and search for your bank accounts on the basis of the accusation and the news story?

Those examples are no different from what the FBI did in the Page FISA warrant applications. Using uninvestigated, unverified information as a basis to violate your Fourth Amendment rights would be, as it was in the case of Page, an abuse of law enforcement powers.

The FISC almost never denies FBI requests for warrants. As it should it routinely grants surveillance warrants on suspects who have connections to terrorist groups and hostile foreign governments. But the court’s experience here will — and should — make its judges wary of granting warrants on the basis of what the FBI puts before the court. That could endanger American lives and national security.

The abuse of power by law enforcement and intelligence agencies is one of the greatest dangers to democracy in America. It’s also nothing new. The FBI’s first director, J. Edgar Hoover, built private files on prominent American citizens, reportedly to use them for political blackmail.

Presidents can abuse power by using those forces against political opponents. Richard Nixon came very close using the IRS for that purpose but was apparently talked out of it by his advisers. The Watergate break-in and cover-up were Nixon’s downfall.

What the Memo recounts was worse, a far greater abuse of power that was aimed to threaten our system of government.

FBI Director Christopher Wray began to clean up the FBI by forcing the retirement of Deputy Director Andrew McCabe the day after Wray read the Memo. Wray’s chief of staff, James Rybicki, is leaving the FBI and the agency’s former general counsel, James Baker, has been reassigned.

A similar cleanup is being conducted at DoJ. In December, Bruce Ohr was removed from his job as Deputy Assistant Attorney General after his role with Steele was revealed.

But contrary to Wray’s cleanup of the FBI Dana Boente — who had served as acting head of the FBI’s National Security Division — and who signed off on one or more of the FISA warrant applications on Carter Page — is to be the new FBI general counsel. That’s a mistake.

What the Memo doesn’t tell us may come out in the report of Justice Department Inspector General Michael Horowitz.

The IG is investigating not only the FISC warrant applications but also former FBI director James Comey’s handling of the investigation into Hillary Clinton’s and her staff’s use of private, unsecured emails to communicate highly-classified information. His report will show how improperly — and probably illegally — Comey protected Clinton from prosecution.

The report may also reveal the names of the reporters who were paid by Fusion GPS to publish stories about the dossier during the campaign.

All of that information needs to be published. Hillary Clinton and her top staffers — Huma Abedin, Cheryl Mills and others — need to be punished for breaking the law. Unfortunately, five of her staff — including Mills and Abedin — were given immunity agreements that may prevent prosecution. Clinton wasn’t.

The IG report may compel the Justice Department to revisit those immunity agreements and prosecute some former FBI officials and Hillary Clinton. It should.