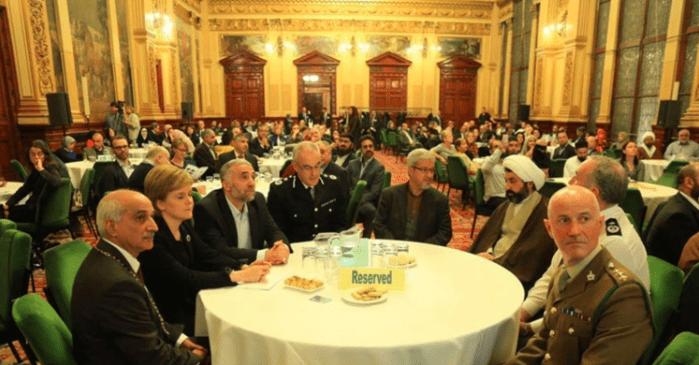 As Britain prepares for a general election on December 12, the threat of foreign state interference is the subject of much discussion. But while most people’s attention is firmly focussed on Russia, questions remain about the involvement of Britain’s third-largest political party, the Scottish National Party (SNP), with the Iranian regime.

In August 2017, Facebook shut down fake Facebook pages set up in support of the SNP, along with pages backing Labour leader Jeremy Corbyn and attacking Brexit. “The British Left” and “Free Scotland 2014” were among a list of more than 600 fake pages, groups, and accounts shut down by the social media company. In fact, Facebook’s action was part of a larger purge of hundreds of pages falsely posing as news organizations or grassroots activism in Britain, all found to be linked to Iran.

The news prompted the Scottish Conservatives to call on the SNP to distance itself from Iran’s disinformation campaign.

Conservative Member of the Scottish Parliament (MSP) Murdo Fraser expressed his concerns: “The revelation that the Free Scotland 2014 page — which had more than 20,000 followers — was a fake account backed by the Iranian state is incredible, and deeply worrying.”

He added, “The SNP has a choice; either pander to these disgraceful regimes, as its former leader and ex-First Minister Alex Salmond does on a weekly basis. Or stand up to this threat.”

In December 2015, Salmond led a six-person delegation to Iran. It included then-MSP Tasmina Ahmed-Sheikh and then–Vice Chairman of the Muslim Council for Scotland Azzam Mohamad.

During the trip to Iran, the delegation met with Ayatollah Mohsen Araki, a former representative of the Supreme Leader in the UK and now a member of the powerful Assembly of Experts and a close friend of the Hezbollah leader Hassan Nasrallah.

Salmond’s overtures to the Iranian regime continued. In January 2016, he told the Council of Europe that it was “inappropriate” for a senior Israeli representative at a Holocaust commemoration service to criticize Iran’s denial of the Holocaust. That same day, Ayatollah Ali Khamenei, the Supreme Leader of Iran, had published a video questioning whether the Holocaust is a “reality or a myth.”

The SNP’s relationship with Iranian operatives has continued under the leadership of Nicola Sturgeon, first minister of Scotland. In March 2017, media reports revealed that a high-profile recipient of a major Scottish government grant remained as head of a charity for almost four years despite being disqualified from holding any directorship. The charity head in question was Azzam Mohamad, who had accompanied Salmond to Iran in 2015. Mohamad served as director of the Iranian regime–linked Ahl Al Bayt Society until May 2014. The group was awarded more than £220,000 through the Scottish government’s Climate Challenge Fund.

Despite these scandals, SNP has maintained its close ties with the Islamic Republic.

The Scottish Ahl Al Bayt Society, in collaboration with an Iranian-funded body called the World Forum for Proximity of Islamic Schools of Thought, organizes an annual event at Glasgow City Chambers named the “Peace and Unity Conference.”

Nicola Sturgeon as well as Chief Constable of Police Scotland Phil Gormley are among the regular attendees of the event. In 2016, Sturgeon and the chief constable were joined by Hujjat al-Islam Mohammad Ali Shomali, another representative of Iran’s Supreme Leader.

Shomali and his colleagues’ involvement with Ayatollah Khamenei and the theocratic Iranian regime are hardly in doubt. At a ceremony held in June 2019 at the Islamic Center of England, an Iranian regime mosque in London, Hujjat al-Islam Mohsen Qomi, Ayatollah Khamenei’s deputy for international communications, read out a letter from the Supreme Leader’s letter praising Shomali’s work.

Sturgeon was due to attend this year’s “Peace and Unity Conference” again. But after British newspapers questioned her decision to share a stage with Shomali, who has likened homosexuality to bestiality, the SNP suddenly announced that because of a “diary clash,” she would no longer attend, although a less prominent SNP official was announced to appear in her place.

So why does Iran appear so keen on having the SNP as its ally? Why does it establish social media pages in support of Corbyn or in opposition to Brexit? Every Friday in Iran, at regime-aligned mosques across the country, the faithful are asked to chant “death” to America, England, and Israel. For Tehran, the SNP is one more means to spread turmoil among its enemies. By working to bolster radical parties and muddy political debate, Tehran helps sow bitter political division, in which the spread of disinformation — a regime specialty and a key aspect of its foreign policy — will thrive.

In this sense, Iran’s policy appears little different from concerted efforts by Russia — a strong ally of Iran — to incite chaos in both American and European democratic processes and institutions. (In fact, it is worth noting that Salmond has also long hosted a weekly program on the Russian regime’s international propaganda outlet, Russia Today.)

The Islamic Republic of Iran is intent on spreading its network of influence throughout the UK and Europe. The Scottish National Party, for its part, seems intent on enabling it.

Potkin Azarmehr is a writer for Islamist Watch, a project of the Middle East Forum.