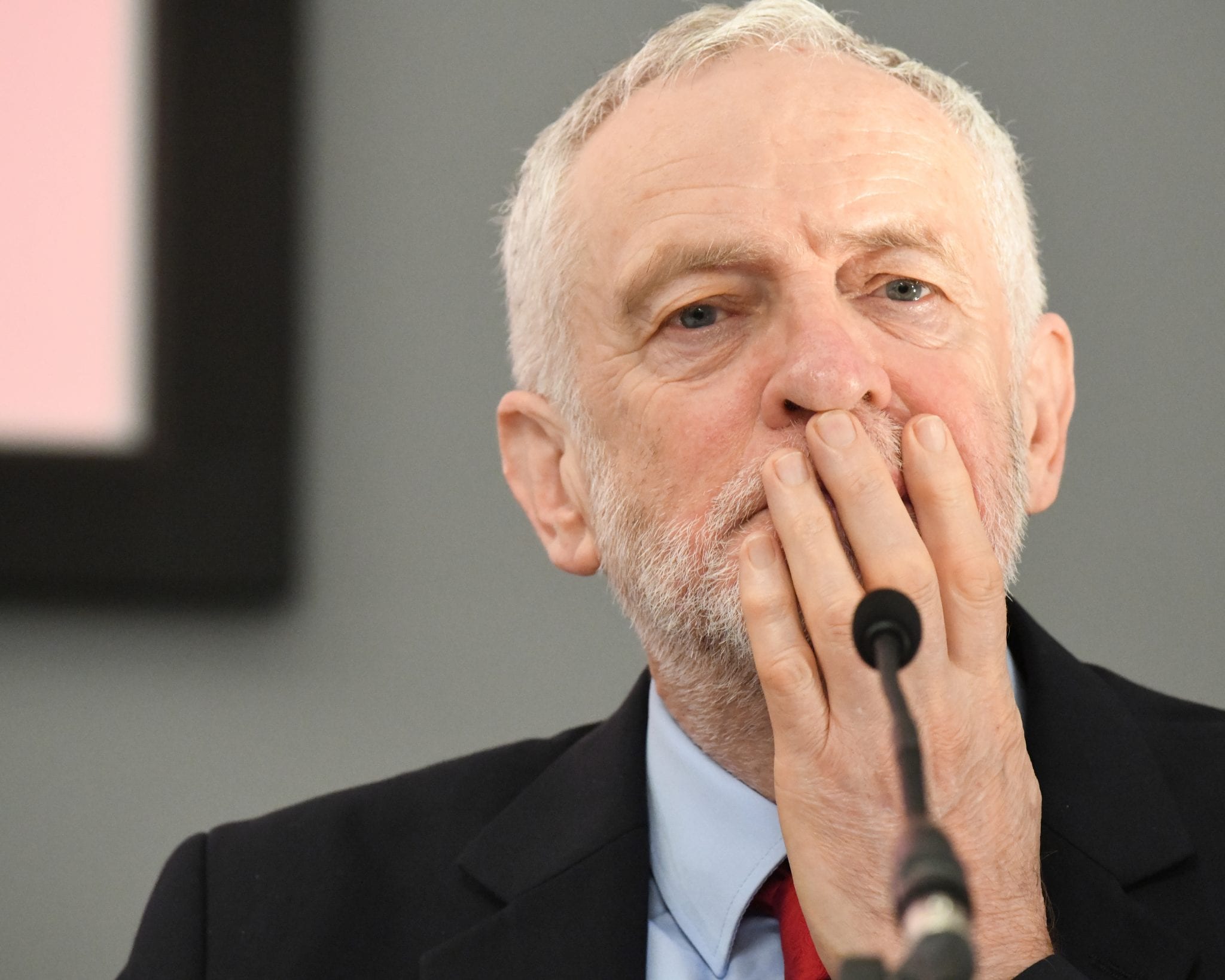 Does anyone else remember when the United Kingdom had a foreign policy? Thanks to the bandwidth consumption of Britain’s divorce from the European Union, the UK has been conspicuously quiet on international affairs of late.

While both Democrats and Republicans have been outspoken in support of the people of Hong Kong, Britain has little to say on the former colony to which it bears moral, historical, and legal responsibility. Similarly, despite the seizure of British shipping, Britain has largely allowed a belligerent Iran to be an American problem.

But imagine a scenario in which Britain is no longer just an absent friend, but an active threat to U.S. national security. Sounds fanciful. Surely one of America’s oldest and dearest allies could not possibly turn against it.

Well, not openly. But I am reliably informed by people who understand it far better than I have ever bothered to try that one possible outcome of the ongoing Brexit turmoil is Jeremy Corbyn in 10 Downing Street.

Jeremy Corbyn is, of course, the America-hating, Iran-shilling, terrorist-sympathizing, hard-left factionalist, and “world’s unluckiest anti-racist” who has led the Labour Party since his unexpected bolt from the parliamentary back benches in 2015.

Corbyn’s past associations and defences of hate preachers, extremists, and terrorists are well chronicled, enough for the former head of Britain’s Secret Intelligence Service to declare his concerns. Most incriminatingly, he has previously described the likes of Hamas and Hezbollah — murderers of Israelis and Americans alike — as his “friends.”

In the weeks since a Hezbollah operative was found to have been conducting hostile reconnaissance against tourist hot spots in New York City, this bromance between the hard Left and Islamists will be especially worrying for Americans, not least as Hezbollah is a proxy of an increasingly confrontational Iranian regime.

Beyond his past activities (including the laying of a wreath at the grave of Black September terrorists), however, we were recently offered the most insightful glimpse to date of how disastrous a Corbyn-led national security infrastructure would actually be for both Britons and Americans.

One of Corbyn’s closest allies, Shadow Home Secretary Diane Abbott, recently launched a report in Parliament entitled “Leaving the War on Terror: a Progressive Alternative to Counter-Terrorism Policy.” The report, were it not so worrying, would be laughable.

One of the authors is Professor David Miller of the University of Bristol. That Miller believes chemical weapons attacks in Syria were false flags from Western intelligence services should be enough to immediately disqualify him before any serious audience on national security. But today’s Labour Party is not a serious audience.

The report is a litany of policy recommendations that would be manna from heaven for Britain’s head-lopping community. It rather dangerously recommends that the UK government’s list of proscribed terrorist organizations be repealed — on the grounds that it prohibits engagement with “armed factions” (a somewhat euphemistic description for terrorists).

The idea that dialogue and engagement is possible with a group like the Islamic State is deeply ignorant and fundamentally misunderstands their ideology. It shouldn’t need saying that a Good Friday agreement is somewhat unlikely to work with people beckoning the apocalypse.

Sadly, Britain already has a history of incubating international terrorism. From journalist Daniel Pearl’s accused killer and the “Shoe Bomber” to, more recently, Jihadi John and the Sri Lanka attackers, the list of jihadis from the UK or with links back to it is as long as it is depressing. This is not to mention the 800-plus Britons who joined Islamic State, many of whom are now languishing in camps in Iraq and Syria.

As if the British Islamists haven’t caused the world enough problems, now imagine UK law enforcement made toothless by the repeal of vital anti-terror legislation and becoming the only country in Europe where terror groups are technically … well, legal.

Britain would become a global hub of terrorist recruitment and financing — a safe haven — from which to plot death and destruction around the globe. Of course, Americans will be at the top of the hit list.

For Corbyn and his fellow travelers, terrorism exists only because of the inherent ills of our own societies, because of the evils of colonialism, Western “imperialism,” and military adventurism.

Back in 2015, the now potential prime minister’s strategy for dealing with the hundreds of Britons joining the world’s most brutal terrorist group was not the rule of law, but to “challenge Islamophobia.” The terrorist is first and foremost a victim; the policy will follow from there.

Even with supremely capable security services, the UK has been a nexus of global jihadism for decades, exporting individuals who have wrought death and destruction on innocent people around the world. Jihadists are lying in wait for the space and time to attack Westerners. It should be unthinkable that a British government might willingly give it to them.

Liam Duffy is an independent researcher, speaker, and trainer on extremism and counter-terrorism based in London. He is also an Associate Research Fellow at Civitas think tank in Westminster.