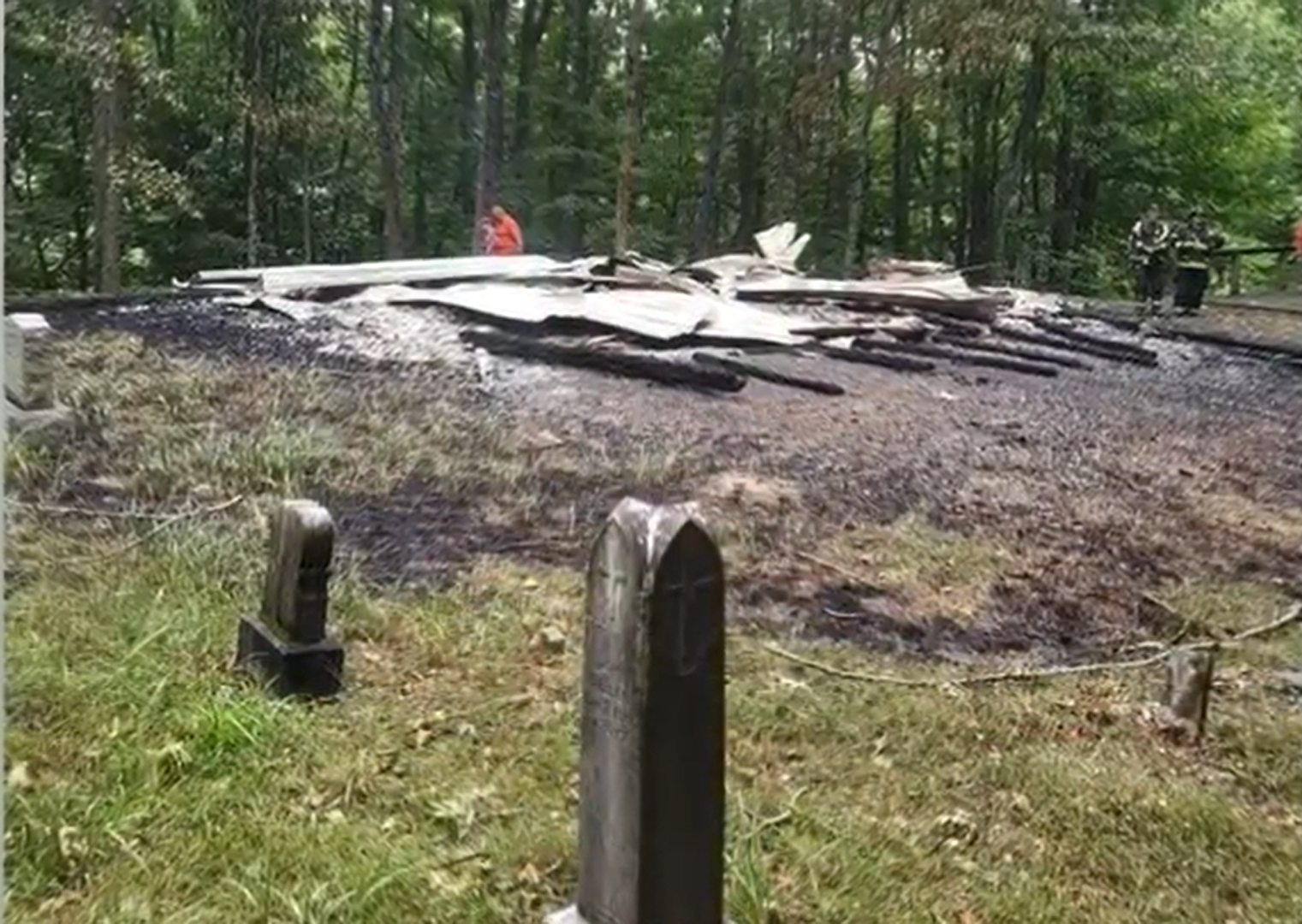 Pro-abortion extremists did their best to continue Roe v. Wade’s legacy of preying upon the innocent after the case was overturned on Friday in Dobbs v. Jackson Women’s Health Organization. In the days after the decision, radical abortion supporters vandalized and burned many pregnancy centers, churches, and religiously affiliated buildings. Here is a look at some of the carnage from the post-Roe weekend.

1. Virginia Catholic Church Vandalized: On June 26, St. John Neumann Catholic Church in Reston, Virginia, was tagged with graffiti, and an attempt was made to set it on fire. Among the graffiti was a declaration painted on the church’s sign, “This Won’t Stop.” 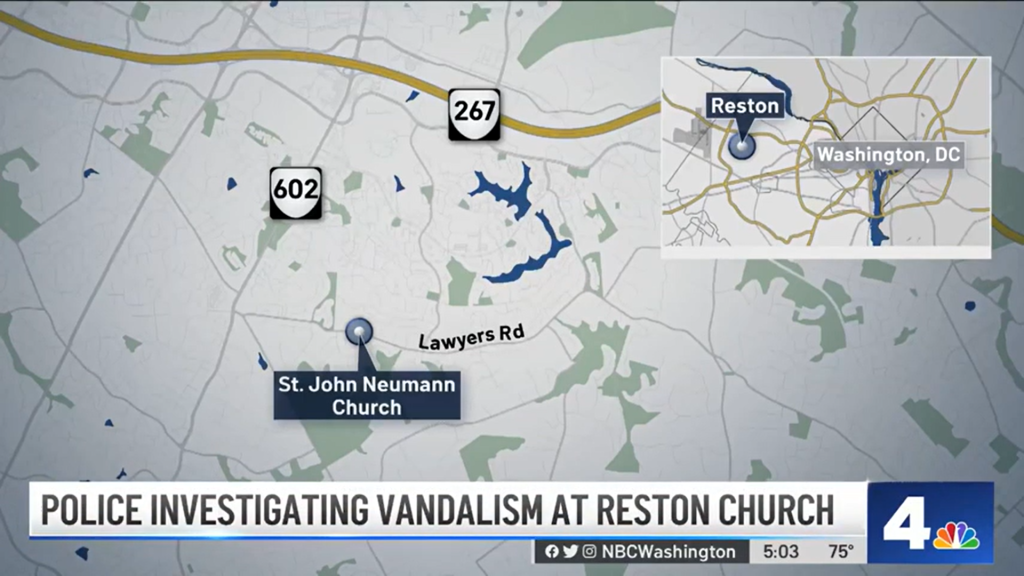 The location of St. John Neumann, where the attack took place (NBC Washington/YouTube) 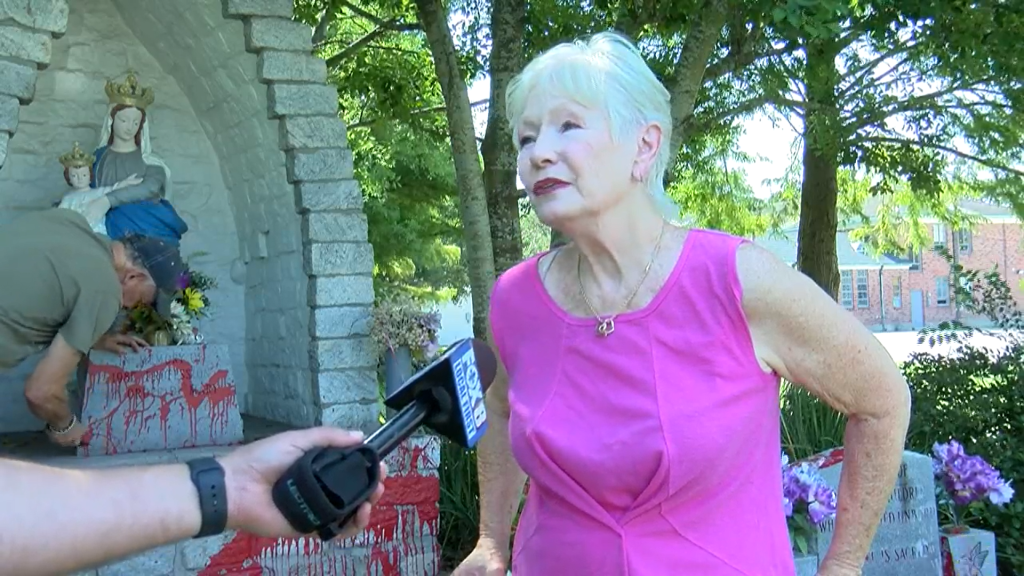 Volunteers work to clean the paint from the statue in New Orleans after it was defaced on June 25, 2022 (FOX 8 New Orleans)

3. Statues Toppled and Stolen: At St. Anthony Catholic Church in Harlingen, Texas, a statue of the Blessed Virgin was toppled and statues of two angels were stolen over the weekend. Parishioner Elias Zamora said that he believed the statues were targeted because of the Dobbs decision. 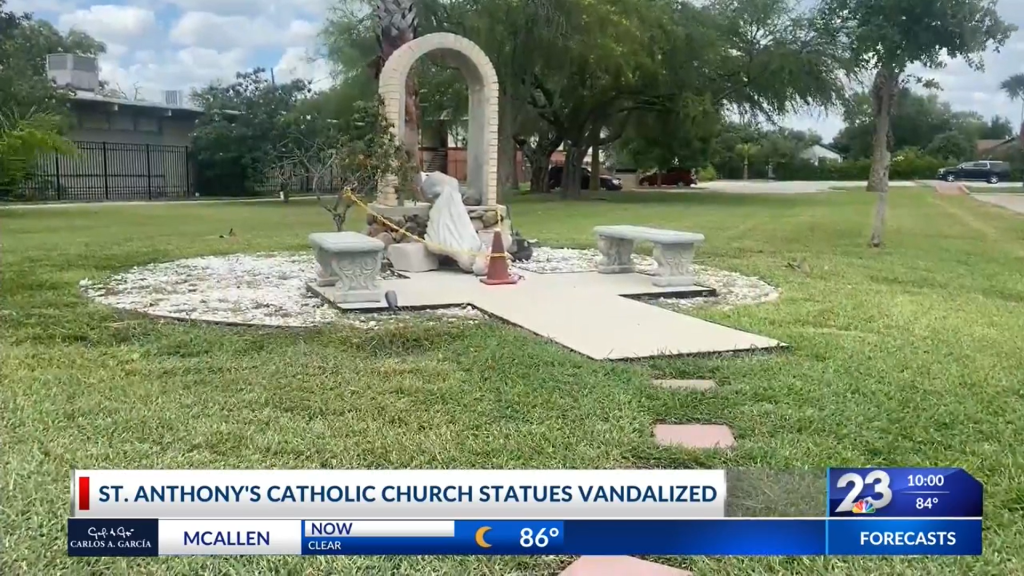 4. Catholic Store Set Ablaze: The Sacco Company Catholic Store in Houston, Texas, was set on fire on June 25. The fire destroyed most of the building and the company’s inventory. 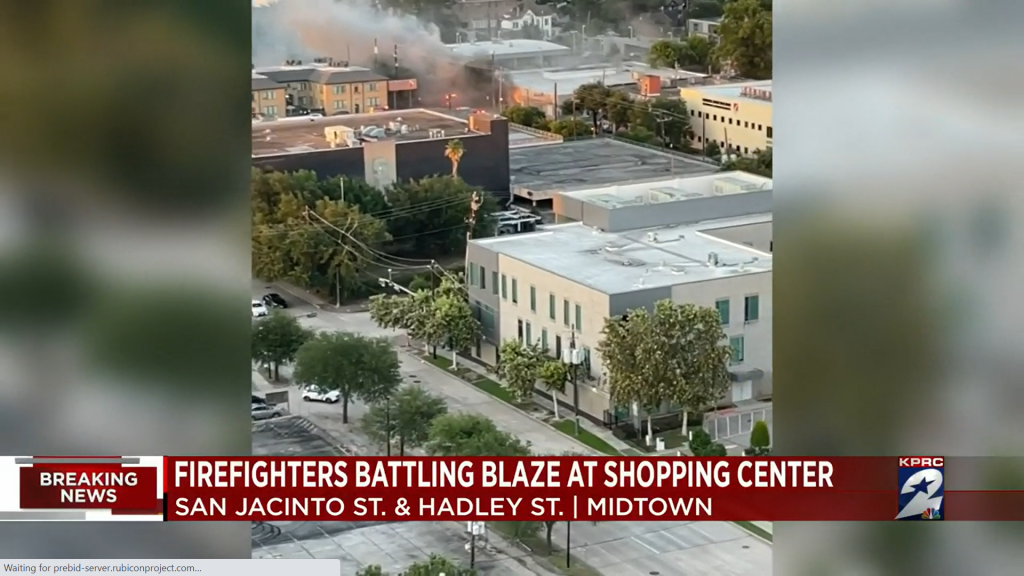 Firefighters respond to the blaze at the Sacco Company Catholic Store on June 25, 2022 (KPRC-TV 2/YouTube) 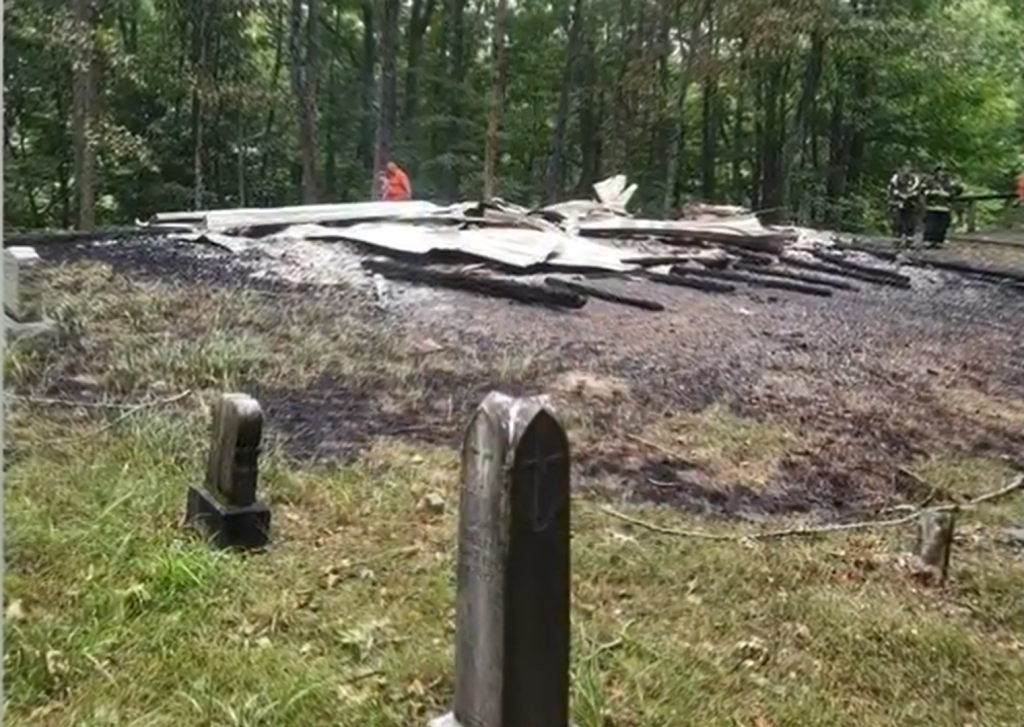 The charred remains of St. Colman Catholic Church after the fire on June 26, 2022 (FOX News)

6. California Pregnancy Center Vandalized: On June 25, the Tree of Life Pregnancy Center in Paso Robles, California, had its windows broken and symbols of the pro-abortion extremist group Jane’s Revenge spray painted on its walls. The vandals evidently took offense at the center’s practice of providing free pregnancy tests, ultrasounds, maternity clothes, and baby garments to women in need. 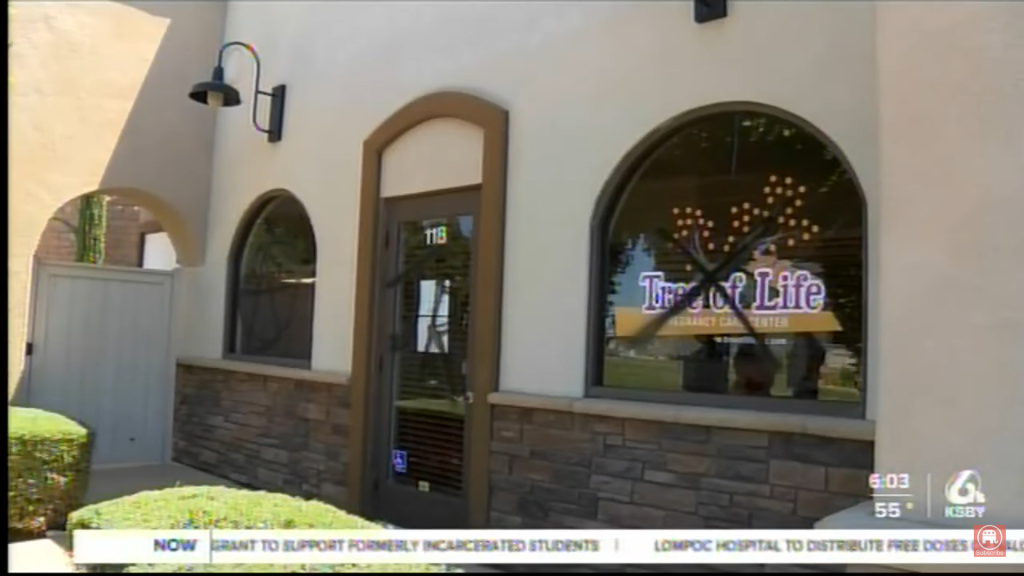 Graffiti covers the walls of the Tree of Life Pregnancy Center, June 25, 2022 (KSBY/YouTube)

7. Colorado Pregnancy Center Burned: Life Choices, a pregnancy center in Longmont, Colorado, was vandalized with pro-abortion slogans and set on fire on June 25. 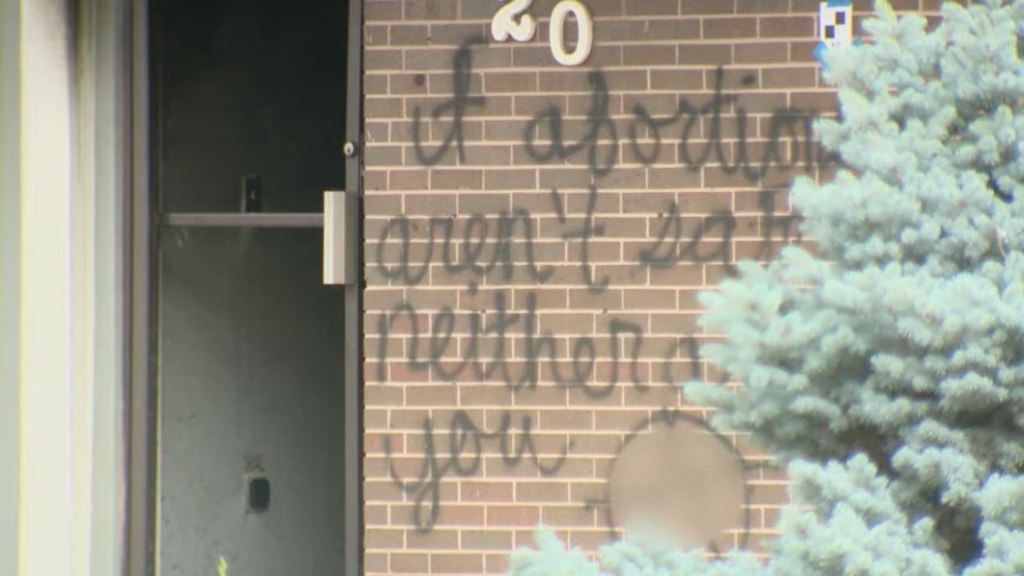 Pro-abortion graffiti on the walls of Life Choices on June 25, 2022 (FOX 31 Denver/YouTube)

8. Four Masked Men Smash Center Windows in Virginia: At 1:23 a.m. on June 25, four suspects smashed the windows of the Blue Ridge Pregnancy Center in Lynchburg, Virginia, and vandalized the building and sidewalk. 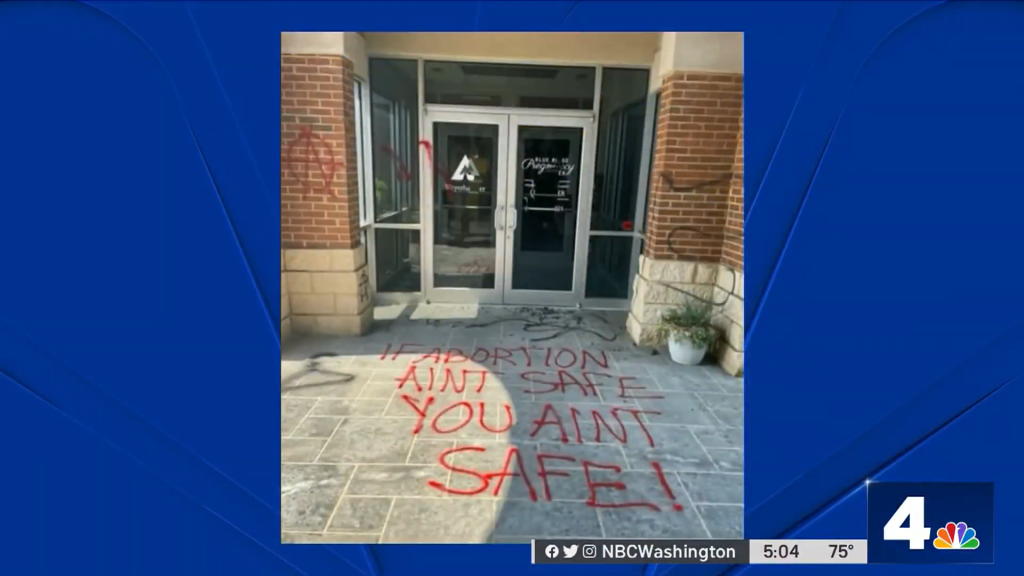 The threatening graffiti left on the sidewalk and walls of the Blue Ridge Pregnancy Center on June 25, 2022 (NBC Washington/YouTube)

While Roe may be no more, its supporters are carrying on its effects by inflicting suffering on the innocent.