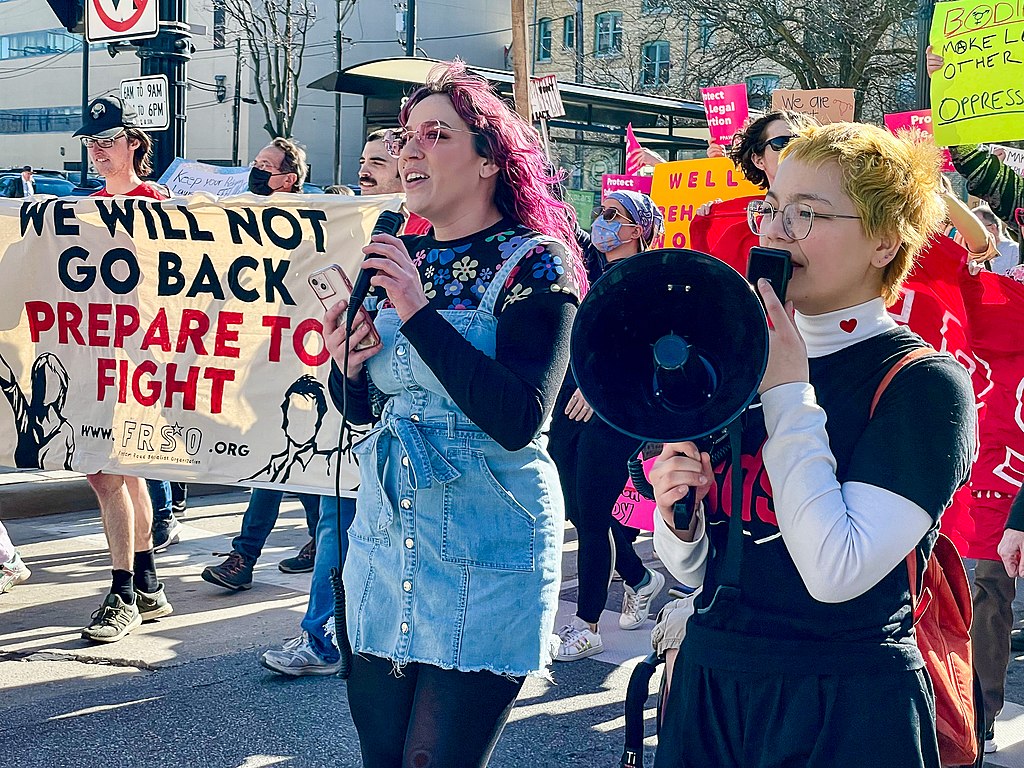 After a half century, Roe v. Wade, one of the worst Supreme Court decisions — and there have been several doozies — is history. The ruling was controversial at the time and generated increasing political opposition over time.

The opening paragraph of the majority opinion, authored by Harry Blackmun, a legislator-wannabe, was social science blather, unconnected to the Constitution. The ruling, based on trimesters and such, read like a congressional enactment, not a constitutional decision. As Jeremy Bentham claimed of natural rights, Roe’s legal arguments were “nonsense upon stilts,” an embarrassment for America’s most important court.

In 1973 the Left expected judges to cut through the complications and resolve the issue. A half century of increasingly bitter political warfare later, that illusion has been shattered.

Even some liberals, later restyled as progressives, had their doubts. My constitutional law professor liked the ruling’s substance but doubted its constitutional justification. Yale’s John Hart Ely made a similar point, complaining that the decision didn’t even pretend to be constitutional law. To the shock of some pro-abortion activists, the progressive saint Ruth Bader Ginsburg also expressed doubts about Roe.

However, a half century ago seven justices thought the law should be liberalized. So they voted to liberalize it. There was no compromise, no serious assessment of countervailing interests, and not the slightest consideration of the baby’s life. What had been an emerging debate in multiple states across the nation — then-governor Ronald Reagan signed the liberalization of California’s law, an action he later regretted — was cut short. And a culture war was ignited.

Imagine if the political process had continued normally. States would have made their own legal adjustments, some mostly prohibiting, others mostly allowing abortion. Laws would have reflected local mores and traditions. Even political losers would have felt included, having had their say, and able to return the next legislative session to fight again. There would have been no national movement, and little interest in turning the Supreme Court into a political battleground. A half century of hostility, anguish, anger, fury, and more would have been diffused through normal politics, day-by-day, across the country.

Instead, the Left turned abortion into an ideological totem. A party that once nominated presidential candidates who had been moderates on the issue and sent scores of pro-life members to Congress insisted that its members genuflect before Roe. Today just one pro-life Democrat remains in the Democratic House caucus, Texan Henry Cuellar, who last month barely survived a repeat primary challenge. The abortion lobby poured enormous resources into the race, outraged that even one Democrat might value life as well as choice.

Although abortion activists pretend to represent the people, most Americans don’t actually know what Roe says. The public favored greater restrictions on abortion and divided evenly between those calling themselves pro-life and pro-choice. Indeed, the hysterical reaction of the pro-abortion movement to Dobbs v. Jackson Women’s Health Organization, which overturned Roe, demonstrated how dependent the Left has become on judges to achieve its political ends.

For instance, in the New Republic Amy Means complained: “I can’t precisely remember the first time someone working in abortion rights told me to expect that we would lose them soon, I know that it was more than 10 years ago. I also know that it takes time to adjust to the unsettling of established rights, of established law — decades of which were demolished in a few brief lines of” Dobbs. So dire is the threat posed by having to return to the political process that she advocated abandoning the rule of law:

Navigating the post-Roe world, though, will require going outside the law. As Laurie Bertram Roberts — executive director of the Yellowhammer Fund, an abortion fund based in Alabama, and co-founder of the Mississippi Reproductive Freedom Fund — put it when we spoke in the spring, “You have to be able to move in areas that may make people uncomfortable, that may not be fully ‘legal,’ while you are striving for what should be legal.” For all who have spent decades demanding that courts respect the constitutional right to an abortion — the rule of law itself — will they now do something they have argued against? Will they be willing to violate the law?

She apparently wants to destroy the law, rather than the village, to save it.

This preference for judge-made rules extends across the Atlantic. A couple weeks back the European Parliament, whose members represent countries with more restrictive abortion regimes than America, passed a resolution demanding that the U.S. Supreme Court sustain Roe. Editors at Britain’s Financial Times had a meltdown over Dobbs, calling it “cruel” and a “disaster.” Moreover, they opined, “This is a dreadful day firstly for women, but also for all those who believed in an enlightened, liberal America.”

Abortion is a tragedy, the taking of human life. Feeling the necessity to have an abortion is a tragedy. Life and liberty, both fundamental to the human person, are intertwined and in conflict. There are no easy or simple solutions. (READ MORE from Doug Bandow: Talking Honestly About Abortion)

In 1973 the Left expected judges to cut through the complications and resolve the issue. A half century of increasingly bitter political warfare later, that illusion has been shattered. It should be obvious to all that allowing judges to act as legislators and impose their preferences, values, assumptions, and opinions on the rest of us in place of the Constitution is a bad idea.

Hence Dobbs. It does not criminalize abortion. It says nothing about the best policy. Rather, it will force Americans across the country to work through the issue together. The famed German “Iron Chancellor” Otto von Bismarck might have been right to warn against watching legislation, like sausage, being made. But as Dobbs recognized, suffering through the legislative process is still better than turning issues like abortion over to judges.

Doug Bandow is a former Special Assistant to President Ronald Reagan and is author of The Politics of Plunder: Misgovernment in Washington. A graduate of Stanford Law School, he is a member of the California and Washington, D.C. bars.