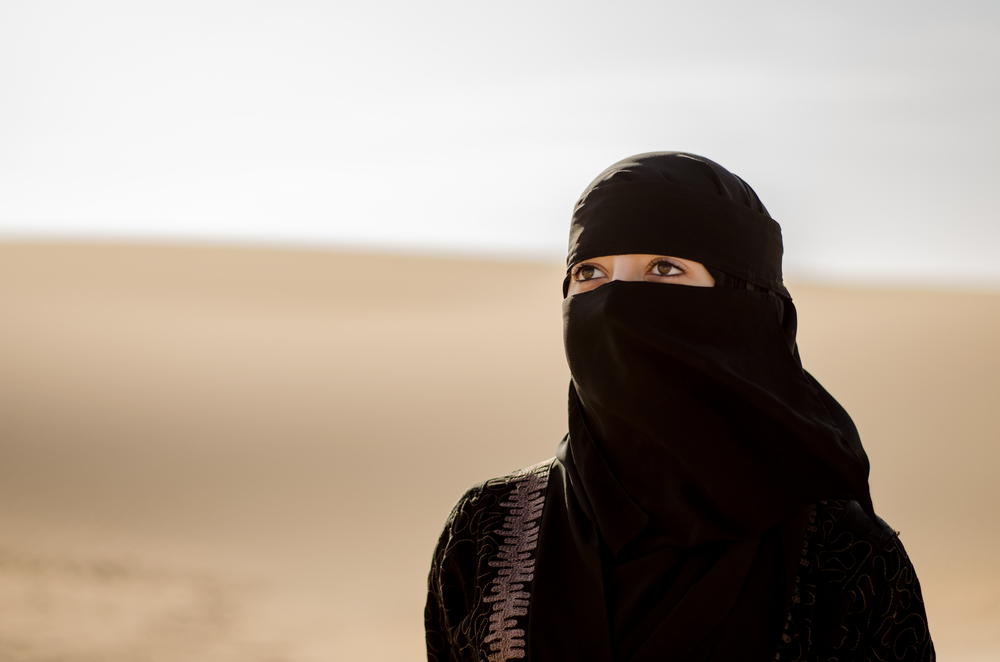 Human rights are under siege in many nations. Three of the world’s most important countries, China, Russia, and India, are moving backward on political freedom, though the last at least still holds free elections. All three also are increasingly violating religious liberty. And they are not alone. The United States Commission on International Religious Freedom recently released its latest report, which concluded that religious repression is rampant.

The COVID-19 pandemic has exacerbated the problem. Religious minorities remain convenient scapegoats, which was sadly evident in 2020. USCIRF observed that its “monitoring revealed that in some countries, already marginalized religious minorities faced official and/or societal stigmatization, harassment, and discrimination for allegedly causing or spreading the virus.” Moreover, those imprisoned for their religious beliefs were vulnerable to increased health risks due to the disease’s spread in overcrowded prisons.

The Commission’s report targets the world’s worst religious persecutors. It rates the most problematic states as Countries of Particular Concern (CPCs), places others on its Special Watch List, and cites egregious non-state actors as Entities of Particular Concern. Not all the news was bad — Sudan moved away from terrible authoritarian Islamist rule and even Eritrea, long known as the North Korea of Africa, released some believers imprisoned for their faith.

This group well reflects the principal causes of religious repression, being dominated by majority Islamic nations and communist or former communist states. The list also includes a majority Buddhist and a majority Hindu nation, as well as Eritrea, a non-communist totalitarian regime of extraordinary ferocity.

Burma today is suffering from the brutal military junta’s decision to reassert full control. But its CPC designation reflects the regime’s long-running war against largely Christian ethnic groups, such as the Karen, and the religious cleansing of the stateless Muslim Rohingya. The persecution, though conducted by the military, occurred under the quasi-democratic government headed by Nobel Laureate Aung San Suu Kyi, who defended the murderous religious/ethnic cleansing. More generally, the Commission added, “Denial of basic citizenship rights and systematic discrimination based on ethnic-religious affiliation severely restricted the freedom of religion or belief of minority communities.”

China relaxed its control over religion after the death of Mao Zedong. With more Christians than Chinese Communist Party members as the 21st century dawned, there was greater toleration for religion so long as believers avoided politics. But Xi Jinping’s ascension as the Red Emperor reincarnated changed that. He launched a broad assault on human rights, including against religious believers.

The CCP’s campaign has shown special hostility toward “foreign” faiths, most notably Christianity, Islam (especially Uyghurs from Xinjiang), and Tibetan Buddhists. But even traditional faiths, such as Taoists and other Buddhists, are not exempt from assault. USCIRF reported, “The authorities also continued their unprecedented use of advanced surveillance technologies to monitor and track religious minorities, and the Measures on Managing Religious Groups became effective in February, further constricting the space in which religious groups can operate.”

Eritrea split off from Ethiopia after an extended civil war. The former became one of the worst regimes on Earth, long compared to North Korea for its totalitarian control, pervasive repression, and international isolation. No believer is safe, but most vulnerable are people in unofficial, unrecognized faiths, such as Pentecostals, many of whom have suffered years of extraordinarily harsh imprisonment. There were some improvements last year, but they were still limited: “the repressive system governing religious groups remained in place, and members of ‘unofficial’ religious groups continued to face systematic and egregious persecution for practicing their faiths.”

India is one of just two majority Hindu nations worldwide. The rise of Narendra Modi intensified the role of Hindu nationalism, which was the driving force of his 2019 reelection campaign. USCIRF explained, “The government, led by the Bharatiya Janata Party (BJP), promoted Hindu nationalist policies resulting in systematic, ongoing, and egregious violations of religious freedom.” As the largest religious minority, Muslims have been a favorite target of legislation and violence. Moreover, several BJP-dominated states have been angered and embarrassed that many low-caste Hindus, humiliated by their religious and national culture, converted to Christianity. These governments have passed legislation seeking to prevent conversions.

Iran hosts a destabilizing, revolutionary Islamic regime that treats all non-Shiites badly. Particularly vulnerable are Baha’is, viewed as apostates, and converts from Islam. The Commission found that last year “religious freedom conditions in Iran deteriorated, with the government escalating its severe repression of religious minorities and continuing to export religious extremism and intolerance abroad.”

Nigeria is Africa’s most populous nation, a major oil producer that suffers from a radical Islamist insurgency. The group Boko Haram kills and kidnaps promiscuously. The largely Islamic Fulani herdsmen became equally prolific killers as they targeted Christian farmers. There are other problems as well.

religious freedom conditions in Nigeria deteriorated, with both state and nonstate actors committing egregious violations of the right to freedom of religion or belief. Despite Nigeria’s constitution protecting freedom of religion and belief, Nigerian citizens faced violence by militant Islamists and other nonstate armed actors, as well as discrimination, arbitrary detentions, and capital blasphemy sentences by state authorities.

North Korea is so oppressive and secretive that it is almost impossible to rate. Christianity poses a serious political challenge to a regime that treats its leaders as gods incarnate. Nothing is more fearsome for Pyongyang than the claim that the leadership should be held accountable. Despite the regime’s attempt to appear open to religion, the Commission observed, “In practice, authorities target and persecute various religious groups and adherents, including Protestants, Buddhists, adherents of shamanism or traditional Korean folk religion, Chondoists, and others.”

Pakistan is an unstable, nuclear-armed, military-dominated state. Islamic fundamentalism is a powerful and deadly influence. USCIRF reported that “In 2020, religious freedom conditions in Pakistan continued to worsen. The government systematically enforced blasphemy and anti-Ahmadiyya laws and failed to protect religious minorities from abuses by nonstate actors. There was a sharp rise in targeted killings, blasphemy cases, forced conversions, and hate speech targeting religious minorities including Ahmadis, Shi’a Muslims, Hindus, Christians, and Sikhs.” The most brutal single tool of persecution may be the charge of blasphemy, which is used disproportionately and unfairly against religious minorities and routinely triggers violence against defendants and anyone who assists them.

Russia has been notable for its persecution of Jehovah’s Witnesses, a small, evangelizing sect known for resisting persecution by Nazi Germany. Moreover, Ukrainian territory now occupied by separatists backed by Moscow have punished adherents to the Ukrainian Orthodox Church. But depredations by this nominally Christian country run deeper and further: “The government continued to target ‘nontraditional’ religious minorities with fines, detentions, and criminal charges. Russian legislation criminalizes ‘extremism’ without adequately defining the term, enabling the state to prosecute a vast range of nonviolent religious activity.”

Saudi Arabia, in contrast to its bête noire Iran, does not allow one temple, church, or synagogue to operate. The Commission noted, “The construction of non-Muslim houses of worship and public non-Muslim prayer is forbidden. Non-Muslims are not permitted to construct houses of worship and are confined to worshipping in private settings.” Crown Prince Mohammed bin Salman, who dramatically ramped up domestic political repression, has routinely played foreign Christians, claiming a so-far-unrequited desire to relax religious restrictions, thereby winning unearned praise from evangelicals such as Commissioner Johnnie Moore. After decades of complaints, the regime finally has improved viciously intolerant school textbooks, but the al-Sauds continue to subsidize as well as criticize rabid Wahhabi clerics in exchange for political support.

Syria is a terrible tragedy, another case in which a thoughtless Western-backed campaign against a secular dictator encouraged radical Islamist attacks on religious minorities. Unsurprisingly, the Commission reported, “religious freedom in Syria remained under serious threat, particularly amid the country’s ongoing conflict and humanitarian crisis.”

Most everyone there is to blame, but Washington is supporting one of the greatest threats to religious liberty: “In beleaguered Idlib Province, radical Islamist al-Qaeda affiliate Hay’at Tahrir al-Sham (HTS) — which the U.S. Department of State designated as an ‘entity of particular concern,’ or EPC, under the International Religious Freedom Act (IRFA) in December — continued to vie with other local factions … for political and military dominance over civilian areas.”

Turkmenistan is another Central Asian despotism, the worst of the lot according to Freedom House, scoring just two out of 100 on the Global Freedom Score, and oppresses free thought of all sorts, including religious faith. Indeed, USCIRF reported, “In 2020, religious freedom conditions in Turkmenistan remained among the worst in the world and showed no signs of improvement. Restrictive state policies have ‘virtually extinguished’ the free practice of religion in the country, where the government appoints Muslim clerics, surveils and dictates religious practice, and punishes nonconformity through imprisonment, torture, and administrative harassment.”

Vietnam, one of the few communist regimes left in power, moved closer to America in the decades after the end of the Vietnam War. But Hanoi’s treatment of religion has changed little. The Commission concluded,

Obviously, those who believe in religious liberty have much to do. Better government policies are necessary, but meaningful change will be very difficult. Successive U.S. administrations have done more to hinder than advance religious liberty internationally. The invasion of Iraq was a particularly grievous blow against Christians, Yazidis, and other religious minorities, who suffered desperately as the country descended into a sectarian hell.

Americans and people of goodwill also should actively support — materially and spiritually — people of faith. History suggests that attempts at persecution will fail. Believers will suffer, but the faith will continue to grow, likely faster than ever. Persecutors have spent years trying to suppress, convert, or displace religious minorities. But as the Apostle Paul said in Romans, “If God is for us, who can be against us?” That gives hope to the persecuted, now and into the future.

Doug Bandow is a Senior Fellow at the Cato Institute. A former Special Assistant to President Ronald Reagan, he is author of Beyond Good Intentions: A Biblical View of Politics and Foreign Follies: America’s New Global Empire.