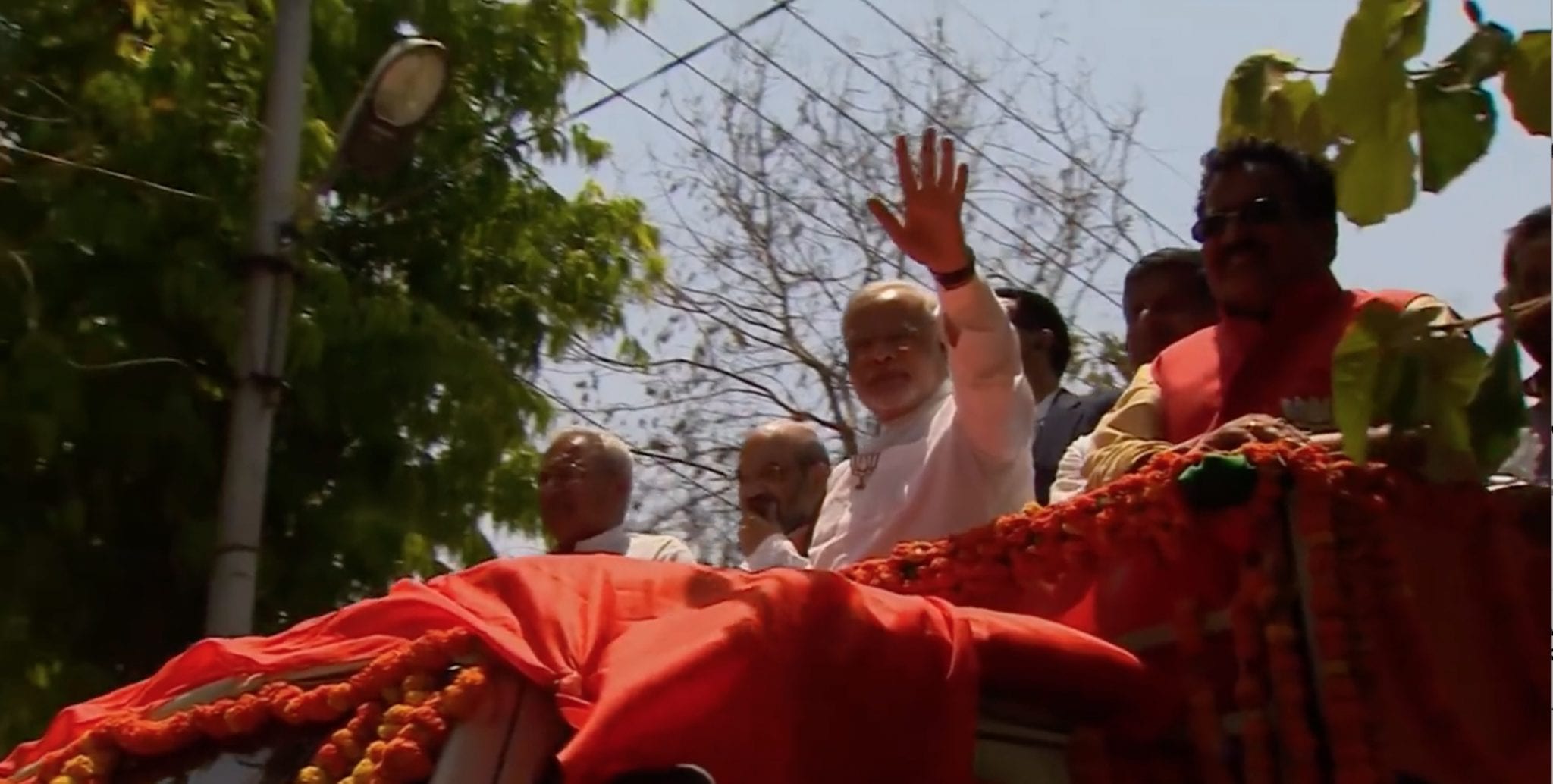 Five years ago Narendra Modi’s Bharatiya Janata Party, or BJP, won an enormous election victory. Some compared the new prime minister to Ronald Reagan. However, Modi’s economic policy turned into a bust, more statist intervention than market remedies. Even worse was his unashamed appeal to Hindu nationalism, which spurred religious persecution across the complex land. Unfortunately, with parliamentary elections scheduled for next month (and stretching into May), the situation is likely to worsen.

The State Department’s latest report on religious freedom noted that India’s constitutional protection for religious people excludes practices which the government claims “adversely affect public order, morality, or health.” Several states restricted conversions, the essence of freedom of conscience, and others were considering doing so. “Religious minority communities felt increasingly vulnerable due to Hindu nationalist groups engaging in violence against non-Hindu individuals and their places of worship,” explained State. The government often failed to “prosecute violence by vigilantes against persons, mostly Muslims, suspected of slaughtering or illegally transporting cows or trading in or consuming beef.”

The U.S. Commission on International Religious Freedom recently offered a similar warning, pointing to the “continued downward trend” in religious liberty. Mobs targeted those in the beef, dairy, and leather trades and Christians who proselytized; there also were forced conversions to Hinduism and bans on conversion away from Hinduism. Ten of 29 states “enforced anti-conversion and/or anti-cow slaughter law against non-Hindus.” Overall, “India’s history as a multicultural and multi-religious society remained threatened by an increasingly exclusionary conception of national identity based on religion.”

While the situation worsened under the BJP, the Indian National Congress Party may prove no better. Reported the Economist: “With national elections looming in April, the [latter] party is pandering to pious Hindus, who have not exactly been short of pandering since Mr. Modi took power in 2014.” Congress is fielding fewer Muslim candidates. “Meanwhile, on controversies that electrify conservative Hindus — such as plans to erect a temple to the god Ram on the site of a mosque demolished by Hindu fanatics in 1992, or a recent court ruling that ended a ban on women worshippers at a Hindu temple in Kerala state — Congress has remained conspicuously mum,” added the magazine. In the state of Madhya Pradesh, where Congress recently took control, the new government made cow protection a priority.

Persecution has been a persistent problem in India. A decade ago mobs killed scores of Christians and forced tens of thousands to flee in the state of Orissa. Missionaries and others also have suffered from private violence for sharing their faith, especially with Dalits (once called “untouchables”), who languish at the bottom of Hindu culture and are naturally drawn to Christianity. However, those most at risk of abuse, because of raw numbers, if nothing else, are Muslims.

Persecution is a sensitive issue for Modi, who was a member of the Hindu nationalist group Rashtriya Swayamsevak Sangh (“National Volunteer Society”). While serving as Gujarat state’s chief minister, he was implicated in the 2002 riots which killed more than 1,200 people, mostly Muslims. His role remained shrouded as crucial evidence was destroyed, but he ostentatiously showed little concern for those killed. As prime minister he has done little to stem the rising tide of Hindu nationalist violence, other than making occasional critical pronouncements.

An increasingly important battleground for religious liberty involves cows, sacred to many Hindus. The belief is viewed as a mix of goofy and quaint by many Americans, but in India advocates are deadly serious. Reported Human Rights Watch: “Between May 2015 and December 2018, at least 44 people — 36 of them Muslims — were killed across 12 Indian states. Over that same period, around 280 people were injured in over 100 different incidents across 20 states.” Meenakshi Ganguly, HRW’s South Asia Director, explained: “Calls for cow protection may have started out as a way to attract Hindu votes, but it has transformed into a free pass for mobs to violently attack and kill minority group members.” Although Muslims are most likely to engage the cattle trade, lower caste Hindus, traditionally Dalits also are at risk because they typically skin and discard the carcasses.

In fact, HRW recently released a detailed report on the issue, “Violent Cow Protection in India: Vigilante Groups Attack Minorities.” The paper covers 11 different instances in which 14 people were murdered. Overall, the response of the authorities was disappointing. Complained HRW: “In almost all of the cases documented, the police initially stalled investigations, ignored procedures, or were even complicit in the killings and cover-ups.” Families were afraid to pursue justice and witnesses were intimidated. Even if not involved, police were reluctant to arrest vigilantes and minimized the crimes; some officers were attacked and even killed when they sought to stop vigilante violence. Police sometimes stated that investigating those accused of killing cows was a greater priority than responding to violence. Politicians often defended the killers. Explained retired police officer Richhpal Singh: “Police face political pressure to sympathize with cow protectors and do a weak investigation and let them go free,” giving the vigilantes “political shelter and help.”

Cow vigilantism is not new and long has been aided and abetted by the BJP. While governing Gujaret state and running nationally in 2014, Modi campaigned on cow protection. BJP-controlled states have increased the penalty for killing cows, some even adding life imprisonment. Gujaret’s minister for home affairs, Pradeepsinh Jadeja, said, “We have equaled the killing of a cow or cow progeny with the killing of a human being.”

A bevy of BJP officials have endorsed or excused vigilantes who injured and killed those accused of trafficking in beef. Modi only tepidly criticized the killers, saying that “mob lynching is a crime, no matter the motive.” Overall, noted HRW, BJP members “since coming to power at the national level in May 2014, have increasingly used communal rhetoric that has spurred a violent vigilante campaign against beef consumption and those deemed linked to it.”

Last year India’s Supreme Court ordered the government to institute “preventive, remedial, and punitive” practices to curb vigilantism, but with little effect so far. Whoever wins the upcoming vote is unlikely to act. If the BJP wins again, it is likely to lose its majority and be forced into coalition with regional parties. Congress will face similar pressures if it wins. Hindu nationalism may become an even more important rallying cry.

Unfortunately, cow-vigilantism exposes the mindset giving rise to India’s broader assault on religious liberty. Noted HRW: “The failure of India’s central and state governments to protect minority communities from communal attacks by cow-protection vigilantes or take adequate steps to prosecute those responsible violates the rights to life, non-discrimination, equal protection of the law, and to pursue a livelihood.” Christians suffer, especially through sporadic sectarian violence and increasingly common anti-conversion measures.

Hindus also are worse off in a society with intolerance on the rise. Violence undermines India’s democracy and underlying rule of law. Persecution also provides foreign investors another reason to go elsewhere. Finally, visions of India as increasingly a global leader are clouded by reports of violent intolerance. India looks less like, and is less likely to become, a democratic bulwark against aggressive, authoritarian China.

India’s people will soon vote for a new government. Americans should engage winning and losing parties alike over the importance of religious liberty. If minority faiths are left out when the victors determine their agenda for the next five years, India is likely to grow even more hostile to the most essential freedoms of conscience and religion.