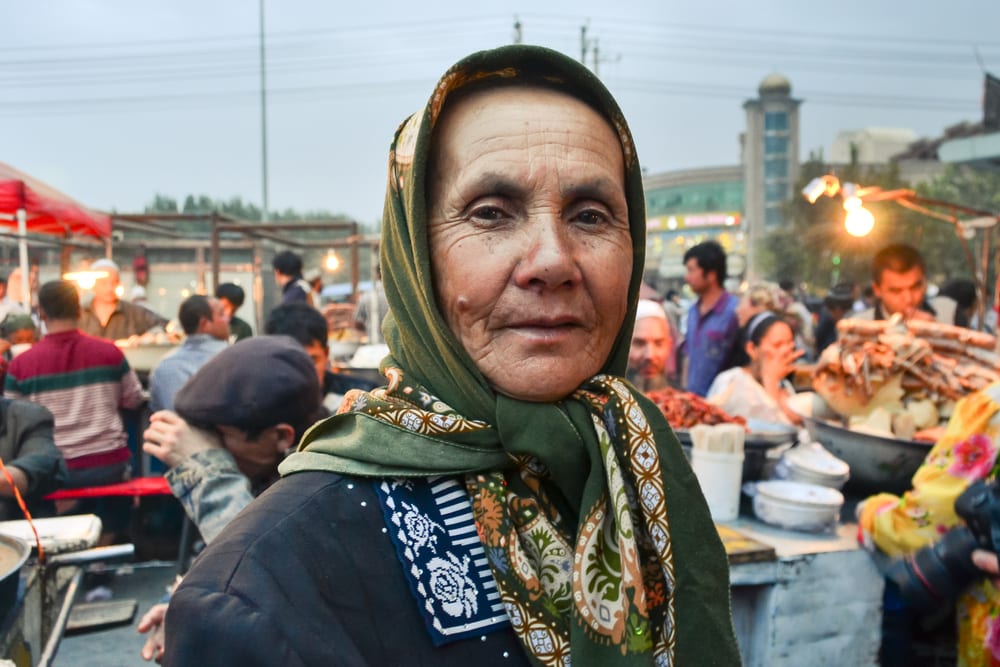 President Donald Trump signed the Uyghur Human Rights Act, which will punish Chinese officials involved in the brutal treatment of Muslims in Xinjiang and elsewhere. Alas, the bill’s impact will be negligible: denying visas to communist apparatchiks won’t cause them to embrace liberal democracy.

Nevertheless, in light of John Bolton’s allegation that the president dismissed the Uyghurs’ plight as unimportant — actually telling Chinese President Xi Jinping to “go ahead with building the camps” — the legislation targets the ongoing increase in repression in today’s China. In the name of fighting terrorism, Xi’s government has unleashed a modern, high-tech version of George Orwell’s 1984 on the Xinjiang Uyghur Autonomous Region. A million or more people have been locked up in reeducation camps. Those not formally jailed face pervasive persecution and ubiquitous surveillance.

In Xinjiang the regime’s ultimate objective is to essentially eradicate the Uyghurs’ cultural and religious practices, and even the Uyghur people.

The central government’s brutal campaign began more than a decade ago. In 2009, Chinese repression triggered riots in the territory’s capital, Urumqi, which the Beijing authorities blamed on Islamists and “separatists,” a common Chinese communist bogeyman. In 2014, the regime charged Ilham Tohti, a moderate Uyghur economist living in Beijing, with “separatism,” for which he was sentenced to life imprisonment. Today the entire population lives in a totalitarian hell.

The State Department reported, “The U.S. government estimated the People’s Republic of China (PRC) government detained more than one million Uyghurs, ethnic Kazakhs, Hui, and members of other Muslim groups, as well as some Uighur Christians, in specially built internment camps or converted detention facilities in Xinjiang and subjected them to forced disappearance, political indoctrination, torture, physical and psychological abuse, including forced sterilization and sexual abuse, forced labor, and prolonged detention without trial because of their religion and ethnicity.” Many nongovernmental organizations estimated that even more Uyghurs had been imprisoned.

Those who avoid incarceration in a camp — officially said to be vocational training centers or boarding schools, despite the presence of high walls, barbed wire, and armed guards — still live in a prison, just an outdoor variant. Reported CNN after a visit there in 2019: “[T]here were surveillance cameras about every 150 feet, monitoring people’s faces and daily routines. Mobile police checkpoints popped up at random throughout the region, leading to long lines on public roads. At the checkpoints, and sometimes randomly on the street, police officers stopped people to ask for their ID cards and occasionally demanded to plug unidentified electronic devices into cellphones to scan them without explanation.”

Grotesquely, the PRC profits from its promiscuous arrests. A recent report from the Australian Strategic Policy Institute (ASPI) reported on the Chinese government’s use of imprisoned Uyghurs as essentially slave labor:

The Chinese government has facilitated the mass transfer of Uyghur and other ethnic minority citizens from the far west region of Xinjiang to factories across the country. Under conditions that strongly suggest forced labor, Uyghurs are working in factories that are in the supply chains of at least 83 well-known global brands in the technology, clothing and automotive sectors, including Apple, BMW, Gap, Huawei, Nike, Samsung, Sony and Volkswagen.

In many cases, inmates at reeducation camps are sent to what amount to only slightly less oppressive labor camps. The Institute explained,

In factories far away from home, they typically live in segregated dormitories, undergo organized Mandarin and ideological training outside working hours, are subject to constant surveillance, and are forbidden from participating in religious observances. Numerous sources, including government documents, show that transferred workers are assigned minders and have limited freedom of movement.

Government controls are almost as pervasive outside as inside prison. Groups with distinct ethnic backgrounds or religious beliefs face the greatest repression. Beijing wants to turn everyone in China into obedient Han automatons, irrespective of the human cost. In Xinjiang the regime’s ultimate objective is to essentially eradicate the Uyghurs’ cultural and religious practices, and even the Uyghur people.

The national government has encouraged the migration of Han people to Xinjiang, reducing the roughly 11 million Uyghurs to under half of the territory’s population. Worse, wrote Adrian Zenz of the Victims of Communism Memorial Foundation in a new report, “since a sweeping crackdown starting in late 2016 transformed Xinjiang into a draconian police state, witness accounts of intrusive state interference into reproductive autonomy have become ubiquitous.” Uyghur women face internment if they have more than the legally permitted two children. They are threatened with imprisonment if they refuse to have an abortion, be sterilized, or be fitted with an intra-uterine device.

Moreover, the regime is essentially attempting to stop Uyghurs from being Uyghurs. For instance, journalist James Palmer wrote in Vox of how Beijing suppressed observance of Ramadan:

[T]here are numerous reports that Muslims in Xinjiang have been forced to eat during the day. Restaurants have been forbidden from closing, mosques are closely monitored or shut, and government workers and students have been expressly banned from fasting. Not showing up to a midday college meal or village feast can get your name put on the kind of list you don’t want to be on.

Beijing does not limit its repression to its own boundaries. The regime also targets ethnic Uyghurs who flee the PRC. A recent report from the Uyghur Human Rights Project explained,

A crisis of statelessness is looming among Uyghurs overseas. The Chinese government is denying Uyghurs the renewal of their expiring passports at diplomatic missions. Chinese embassy officials tell Uyghurs that the only way to renew a passport is to return to China. Those Uyghurs who have returned to China have disappeared. Those who have not returned due to the fear of disappearing are denied legal status abroad, which has a direct impact on their livelihoods, freedom of movement, and capacity to start new lives outside of China.

Worse is the regime’s use of family members as political hostages. Reported Deutsche Welle: “Uyghurs who fled to the US and Europe have told DW that Chinese authorities are trying to suppress the activism of the overseas Uyghur community by going after family members still living in China. Activists said that their released family members were discouraging them from protesting against the internment program.”

Uyghur expatriates who criticize Beijing and report on its brutal practices have found their relatives being threatened, detained, and imprisoned. Desperate relatives often urge activists to be silent. A daughter living in Europe told Deutsche Welle, “My dad cried in the video and asked me to delete everything online right away,” but, she added, “I knew I couldn’t fulfill my dad’s demands, because doing so would mean I’m fulfilling the demands of the Chinese government.” A son living in America had a similar experience, with his mother telling him how wonderful life was — ”She told me that our government is treating everyone so nicely, and that she was happy that she could study at the school” — and asking him to stop criticizing the regime.

Between September 2018 and September 2019 Amnesty International collated information from approximately 400 Uyghurs, Kazakhs, Uzbeks and members of other ethnic groups living in 22 countries across five continents. These accounts, obtained through face-to-face interviews and via an online questionnaire circulated among a closed pool of trusted Uyghur contacts, reveal the harassment and fear being experienced by these communities on a daily basis.

In targeting family members, the Xi government is not quite as extreme as North Korea, which typically punishes three generations for one person’s offense, but the horrendous principle is the same. And Beijing seems to have inherited the same desire for brutal efficiency as Nazi Germany. Last November the New York Times published “The Xinjiang Papers,” leaked documents about the massive assault on Uyghurs’ human rights.

Even as the government presented its efforts in Xinjiang to the public as benevolent and unexceptional, it discussed and organized a ruthless and extraordinary campaign in these internal communications. Senior party leaders are recorded ordering drastic and urgent action against extremist violence, including the mass detentions, and discussing the consequences with cool detachment. Children saw their parents taken away, students wondered who would pay their tuition and crops could not be planted or harvested for lack of manpower, the reports noted. Yet officials were directed to tell people who complained to be grateful for the Communist Party’s help and stay quiet.

The Xi government continues to defend its policy as directed against terrorism. Yet as has been evident throughout the Arab world, repression of the sort routinely employed in the PRC is a prime accelerant of radicalization. Moreover, Beijing does not so much target particular people or practices as intensify the increasingly totalitarian controls that have been imposed on the rest of the country. The regime obviously is afraid of any sort of dissent by anyone anywhere in or out of China. It may be only a matter of time before Xi attempts to replicate the Xinjiang system across the PRC.

Unfortunately, there is very little the U.S. can do to force the PRC to halt these policies. The Uyghur Human Rights Act may make legislators feel better but will have little impact on Xinjiang or Beijing. The measure directs executive agencies to report on Xinjiang and urges application of Magnitsky Act sanctions against members of the Chinese Communist Party, most notably Chen Quanguo, Xinjiang CCP chief and politburo member. The reports might be useful, though so far NGOs and media organizations have actively revealed abuses. Moreover, Chen is unlikely to morph into a human rights activist because he can’t visit America. The legislation’s main value is symbolic, highlighting horrendous persecution.

Worthy of special attention, however, are threats directed against Uyghurs living in America and elsewhere outside of the PRC. Washington should work with Asian and European allies and partners to develop a common approach to Beijing; such activities are unacceptable interference in the internal affairs of other nations, which can freely admit whomever they wish. Companies also should more closely scrutinize supply chains to ensure that Chinese firms are not relying on slave labor, whether composed of Uyghurs or others. National decoupling would be foolish economically and politically — isolation would not liberalize the PRC. The regime, however, should not profit from imprisoning millions of people.

Activists also should embarrass Muslim states, most notably Saudi Arabia, which claims global Islamic leadership because of the importance of Mecca and Medina, for not only standing silent but endorsing China’s assault on Muslim individuals and the Islamic faith. Saudi Crown Prince Mohammed bin Salman has yet again revealed his cruel, brutal inner core and is no friend of America or liberal principles.

The PRC challenges American interests and values, but a war, whether cold or hot, is no answer. But there should be no illusions about what the Chinese Communist Party stands for. The plight of the Uyghurs offers dramatic evidence of the nature of the Xi regime.

Doug Bandow is a Senior Fellow at the Cato Institute. A former Special Assistant to President Ronald Reagan, he is author of Foreign Follies: America’s New Global Empire.
Print