by Steven Greenhut
Protesters and police in Los Angeles, May 30, 2020, during protest after George Floyd’s death (Hayk_Shalunts/Shutterstock.com) 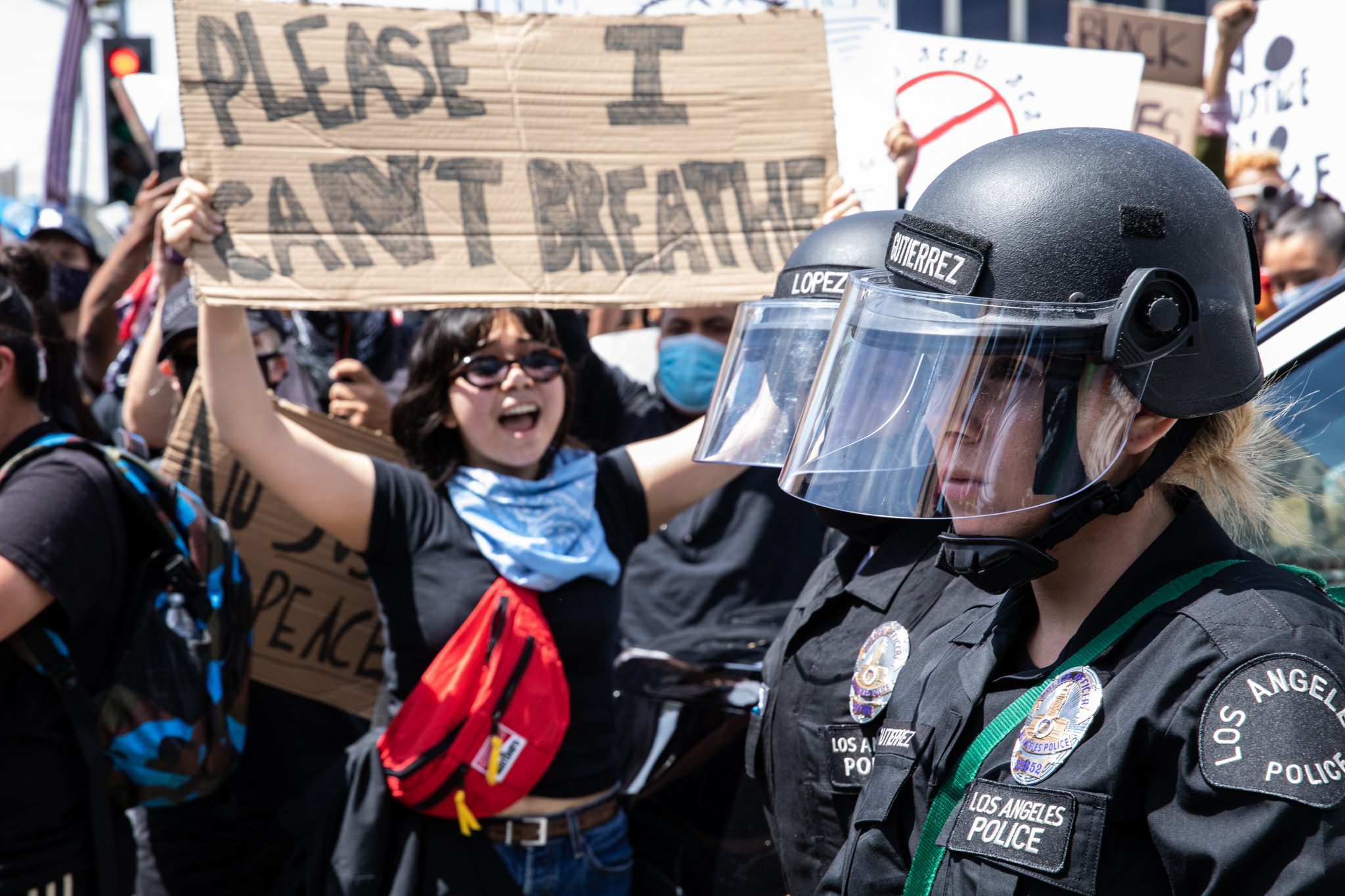 Some political observers would have us believe that substantive police reform bills failed in this year’s legislative session because of the COVID-shortened schedule — and the myriad coronavirus-related issues confronting lawmakers. In reality, a Legislature with Democratic mega-majorities chose not to do much about policing. This year’s challenges merely gave them cover to do what they’ve done for years: give in to the powerful police unions.

Despite the calls for reform following the police-custody death of George Floyd in Minneapolis, “advocacy inside the statehouse largely withered,” reported CalMatters. “Activists filled the streets but couldn’t fill the Capitol. The truncated legislative session and the inability to turn out the masses made it harder to pressure lawmakers.” That’s partially true, but is a fanciful — and far too generous — explanation of what happened.

Despite all the “feigned empathy” for those calling for police reform, lawmakers from both parties have shown that it’s business as usual in the Capitol.

Officials prattled about the need for reform, at least in their press statements. They shouldn’t have needed pressure to, say, pass a law that would bring the state in line with 45 other states that have a process for decertifying officers who abuse their power. Currently, in the rare instance that departments fire officers, they simply move on to another department. Yet that legislation died, as did a bill that would have limited police use of tear gas and rubber bullets on demonstrators.

Only two notable measures reached the governor’s desk: a bill to allow the state attorney general’s office to launch an outside investigation of a police shooting if the local agency requested it. The other measure would ban chokeholds (and had bipartisan support), similar to the one the officer used in the Floyd death. The outside investigation is good in theory, but meaningless in practice given that state attorney generals have long allied themselves with police unions.

It’s been obvious all summer that most of the far-reaching reform bills were going nowhere. In June, Attorney General Xavier Becerra, who had long refused to implement a previously passed bill that would open police disciplinary records to scrutiny and even threatened to preemptively stop reporters from publishing the information, announced “a sweeping reform effort.” But that legislative package quickly ran into hurdles.

“So much for the moist eyes and feigned empathy some California Democrats showcased during the Black Lives Matter marches,” the Sacramento Bee opined. “Despite performative emoting by powerful members of California’s ruling party, a slate of necessary police reforms may be headed for full or partial defeat in the California State Legislature.” That sums up what happened. Republicans should make it clear that Democratic proposals were largely rhetorical.

Unfortunately, those Republicans have doubled down on their kneejerk pro-police rhetoric, thus undermining any chance that they could make political hay from Democratic cravenness. I’ve been listening to Republicans complain about government abuses and public-sector unions for years, but they feign ignorance about the causes of police abuse.

They understand that one can, say, appreciate teachers and still realize that teachers’ unions make it impossible to remove bad teachers from the classroom. When it comes to police unions, they forget those parallels. Not all of them, but most. One of the Legislature’s smartest and most conservative members, Sen. John Moorlach of Costa Mesa, supported the decertification bill for reasons that are consistent with conservative thinking.

“I have been real frustrated in my public life with the code of silence and when good cops cover for bad cops. That’s just got to stop,” Moorlach told the Mercury News. “I’d be happy if we could meet a national standard. We should be implementing what 45 other states have done, even if it’s at the lowest level possible. We have got to start somewhere.” That stance would put the majority party in an uncomfortable position, but too few Republicans understand that point.

I still remember when California lawmakers were dragged kicking and screaming into supporting reform to the state’s civil-asset forfeiture laws. Those laws allow police agencies to take private property without due process — merely by asserting (but not proving) that the property was involved in the commission of a drug crime. If Republicans can’t stand up for basic protections against governmental abuse, they’ll never make inroads with California voters.

The reason seems obvious. The police unions dump boatloads of cash into Democratic coffers (and send a good bit to Republicans, too), and they are handsomely rewarded in return. No lawmakers want to risk having their opponent depict them as “anti-public-safety.” Some police officials, and even unions, had called for reform, which was a milestone. But, as usually happens in Sacramento, opponents always find some reason why actual reform goes too far.

One Democratic lawmaker told CalMatters that “different than other years they [police officials] were more willing to talk about it” and “law enforcement in general is in a reflective moment in California.” That moment was fleeting. Despite all the “feigned empathy” that the Bee refers to, lawmakers from both parties have shown that it’s business as usual in the Capitol. Let’s at least not pretend that this had anything to do with the pandemic.