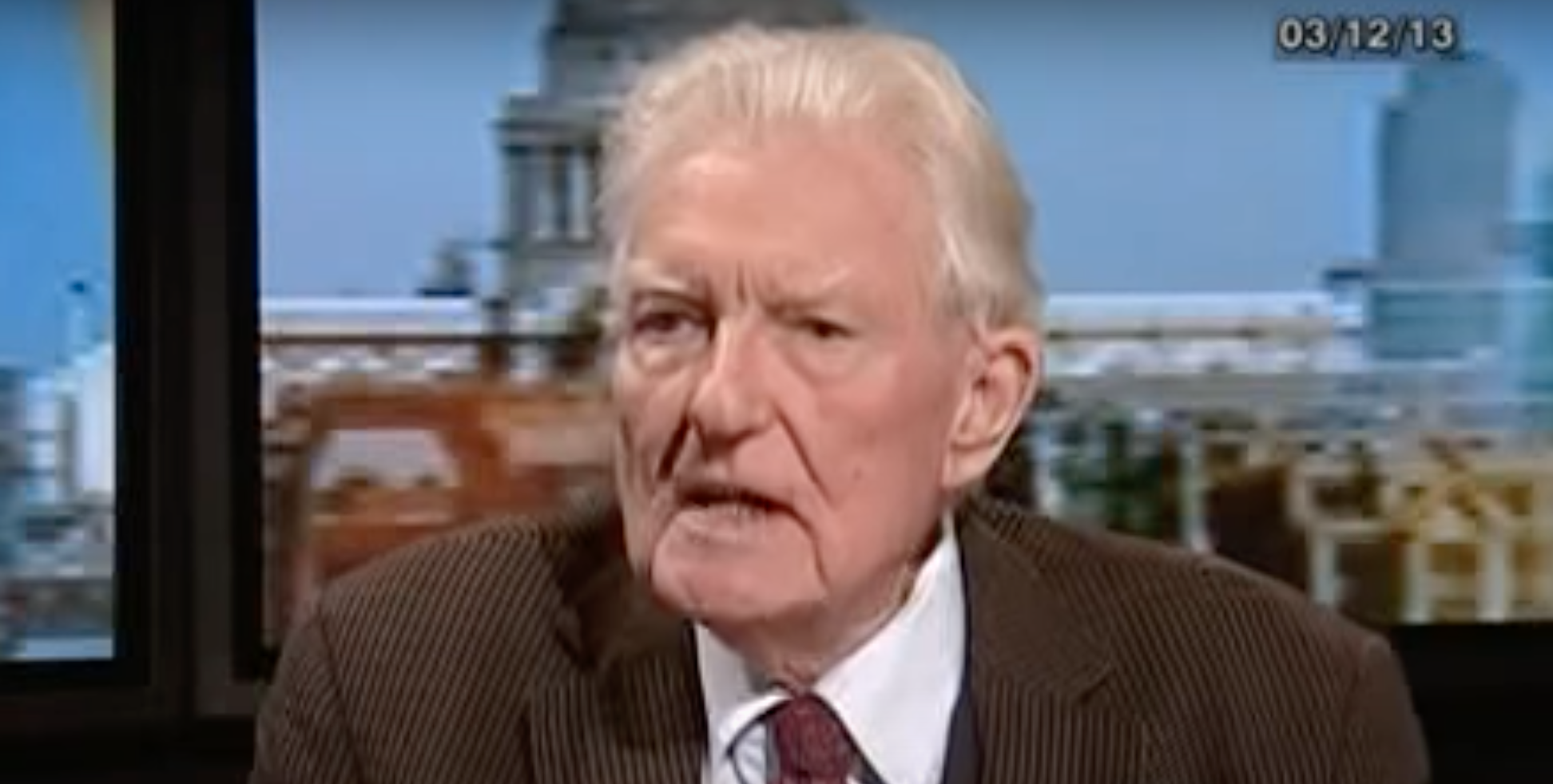 The great British historian and biographer Paul Johnson died recently at the age of 94. He authored/edited more than 40 books — from large and small biographies of Socrates, Jesus, Britain’s Queen Elizabeth I and King Edward III, Napoleon, George Washington, Winston Churchill, Stalin, Eisenhower, Darwin, Mozart, Popes John XXIII and John Paul II, to histories of ancient Egypt, the Renaissance, art, and the Jews, to big histories of the American people, the post-Napoleonic world, and the 20th century. The latter history book titled Modern Times is an indispensable assessment of the modern world.

The modern world, according to another of Johnson’s major works The Birth of the Modern, emerged in the aftermath of the wars of the French Revolution and the Napoleonic era. Johnson used a thousand pages to cover the 15 years between 1815 and 1830, when “the immense new resources in finance, management, science and technology which were now available could be put to constructive purposes.” This period, he wrote, “saw great and rapid changes in Britain and continental Europe, and still more fundamental ones elsewhere.” This modern age saw the United States and Russia expand and grow in power, while the “first stirring[s] of modernity” manifested themselves in Latin America, China, Japan, the Ottoman Empire, Southeast Asia, the Middle East, the Balkans, and India. But Johnson’s observing eye was not limited to geopolitics. He explored “new currents” in art, literature, and philosophy. And he wrote about the age’s “great personalities” — inventors, writers, musicians, artists, statesmen, and tyrants. It is a chronological history because, Johnson explained, “chronology forms the bones of history on which all else is built.” (READ MORE: Lessons From Paul Johnson’s Modern Times)

The great personalities included Andrew Jackson, winner of the Battle of New Orleans and, like George Washington, a general turned into a political leader but with a populist twist; inventor and engineer Robert Fulton who pioneered the steamship; Charles William Pasley, a Scot who Johnson credited with producing the “first modern work on geopolitics, An Essay on the Military Policy and Institutions of the British Empire”; British general Arthur Wellesley, the Duke of Wellington and victor over Napoleon at Waterloo, who like Jackson turned to politics; Metternich, Castlereagh, Talleyrand, and Russia’s Alexander I, who forged the diplomatic stability of Europe after 30 years of disastrous warfare; Ludwig van Beethoven, who Johnson called “a key figure in the birth of the modern” for popularizing the idea of “the artist as a universal genius, as a moral figure in his own right”; the composers Gioacchino Rossini, Frederic Chopin, and Franz Schubert; the road-builder John Loudon McAdam; the civil engineer Thomas Teleford who, Johnson noted, built roads, canals, bridges, harbors and other public works “on a scale not seen since Roman times”; George Cayley, who envisioned “aerial navigation” by humans; the American writer James Fenimore Cooper; Chaka Zulu, the African Bonaparte; Russian State Councillor Ivan Kirillovich Kirillov, who pushed Russian power to the east; the French writer, diplomat, and historian François-René de Chateaubriand; and so many others.

Johnson also described the growth of “public opinion,” which ushered in the birth of the democratic age; the growth and spread of scientific ideas and inventions that brought forth the first stirrings of the oncoming industrial revolution; the early clashes of British and Russian interests in Central Asia that foreshadowed the geopolitical rivalry known later as Great Game; the growth of revolutionary forces in Russia and throughout Europe that would explode in 1830; the widening of the division between North and South in the United States over slavery; and what Johnson calls the “coming of the demos,” when “the world moved a decisive stage nearer the democratic age.” This latter development, Johnson wrote, resulted from the spread of literacy, the growth of media, population and income increases, “the diffusion of competing ideas,” and the “actions of great men.”

The Birth of the Modern, though written later, was effectively the prequel to Johnson’s historical masterpiece Modern Times. Johnson began that book with the intellectual currents that flowed from science, mass education, the growth of relativism, and the decline of religion. The absolutes of good and evil were discarded. Society, Johnson wrote, was “cut adrift” from the “faith and morals of Judeo-Christian culture.” Secular ideologies replaced the religious impulse and led to the emergence of “despotic utopias” — first in Russia under the Bolsheviks, then in Italy under the fascists, in Japan under the Bushido-inspired militarists, then in Germany under the Nazis, and later in Eastern Europe, China, North Korea, Southeast Asia, and Cuba under the communists. But even in democracies, the growth of state power was enormous and impinged on individual liberty.

Collectivist state power motivated by secular ideologies led to wars, genocides, Gulags, reeducation camps, and state-induced famines on a scale never before seen. In Russia and Germany, Johnson wrote, “the devils had taken over” in the late 1920s and 1930s. Stalin and Hitler, and later Mao Zedong in China, sacrificed their peoples on the altar of totalitarian idols. The communist powers in the Cold War challenged the democracies and for a time appeared to be winning — especially in the 1960s and early 1970s when, Johnson writes, the United States attempted “suicide” by leftist-inspired self-loathing which culminated in the loss in Vietnam and a dangerous geopolitical retreat in the late 1970s. At the end of Modern Times, Johnson detected “palimpsests of freedom” with the rise to power of Margaret Thatcher in Britain, Ronald Reagan in America, and Pope John Paul II in the Vatican. Perhaps, he thought, the democracies had a chance to defeat the Soviet communist challenge — as indeed happened when the Berlin Wall fell in 1989 — just six years after Johnson’s book appeared.

Paul Johnson will be greatly missed. This devoted Christian and Catholic gentleman, this truly Renaissance man, was the greatest chronicler of our age.