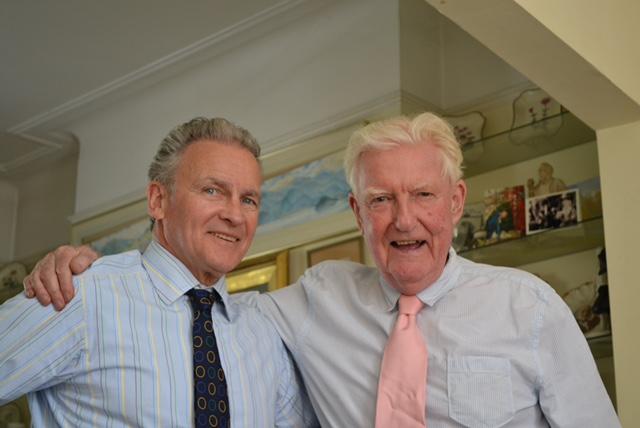 The American Spectator lost a great friend yesterday, and America lost a great friend too. On Thursday, Paul Johnson passed away. He was 94. In our battle with the Clintons and our battle to keep this magazine free from their death grip, The American Spectator had no stauncher friend. He wrote for it for over 40 years whether we could afford him or even when we could not afford him.

I remember one occasion at the height of the Clinton wars when a television interviewer asked Paul rather impudently why he would be writing for us. Paul’s response was suitably snotty. “Because,” he replied, unperturbed by the interviewer’s arrogance, “I admire what they have done with that magazine.” He was alluding to our anti-Clinton campaign. Paul continued to write for us through the years, his last appearance coming in our December 2011 issue, a lovely tribute to Norman Rockwell. I never visited London without putting in an appearance at the Johnson manse.

Paul was the most prolific writer I have ever known. He wrote or edited some 50 books across a wide range of subjects, including art, literature, philosophy, historic figures, historic eras, the rise of nations, the fall of nations, and even the occasional idiot rock band. He called himself a “radical empiricist,” and, though he was a polemicist of great gifts, he never was tendentious. A radical empiricist, every historian should aim so high.

When in the 1980s he came out with his book Modern Times, I tapped the 37th president of the United States to comment on it, and he did not let us down. Richard Nixon wrote, in our December 1983 edition:

Of all the books I have read this year, one in particular deserves to be mentioned by itself: Modern Times, the one-volume history of the twentieth century by the British historian Paul Johnson. It is must reading for all leaders and would-be leaders in the Western world. Incisive, blunt, masterfully written, and completely free of ideological cant, Modern Times depicts the rise of the modern totalitarian state and leaves the reader with a renewed sense of the twin dangers we face today: the aggressive ambitions of the Soviet Union in the East, and the moral listlessness that is exhibited all too often by leaders in the West.

Reading over that passage, I am reminded of how much I shall miss Paul, and how much I miss RN.