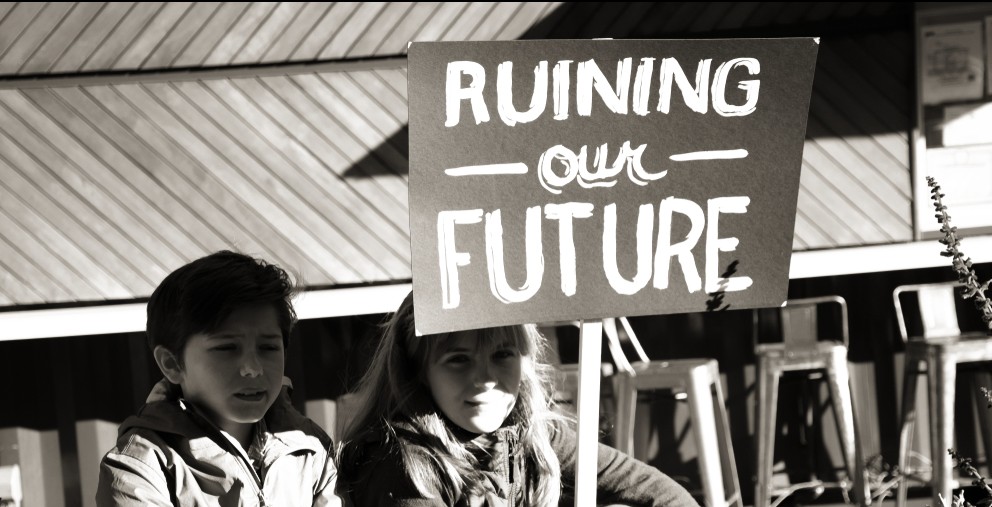 Biden boosters in the media, in the military leadership and State Department, and amongst Never Trumper dead-enders, will defend Biden until the bitter end. The backpedalling, obfuscation, and bolstering rhetoric has already begun. Biden is the best! This is a success!

Now we know the imminent threat, a bombing outside the gate — a suicide bomber who killed many, including four Marines. [Update 2:30 EST: Now, it’s 12 Marines and one Navy corpsman.] President Biden again walks away from questions about this. The State Department will have no press briefings today.

Yesterday, a State Department spokesman said that some in Afghanistan are staying because of “personal choice” even as an ill-fated California group of teachers and students are stranded there. (One wonders who thought that going to Afghanistan was a swell school trip idea, but then one looks around at parents and teachers and the question answers itself.) The Taliban are now seizing American passports. They have hundreds, maybe thousands of hostages.

In this bit of NBC propaganda, the writer says that the problem in Afghanistan was, actually, your fault. Seriously.

The spin is only beginning.

It’s wise to consider how and why anyone would or could defend Biden’s indefensible military and foreign policy choices. Who leaves a fortified airbase and doesn’t inform allies in NATO and in Afghanistan? Who evacuates military personnel before civilian personnel? Who doesn’t change plans when the first plans are obviously not working? Where is the leadership? Where is the nimble statesman that America was promised? Where is the quiet resolve and experience and deft hand on the rudder of the nation’s ship?

The botched Afghanistan exit has infuriated allies, disheartened friends who count on us, and emboldened America’s enemies. The American President is submitting to the leader of the Taliban that Barack Obama swapped for the AWOL Bowe Bergdahl. More Democrat successes to celebrate.

Who defends this? Biden’s most ardent supporters and the ones who went furthest out on a limb to convince Americans that Biden was the best answer to a man they hated: Donald Trump.  Never mind that Joe Biden is everything that these same people accused President Trump of being. Their hatred of one man has revealed a moral blindness so complete that they’d cheer the destruction of America to not be considered wrong about their political miscalculation.

Biden must be successful because Biden boosters are pot committed in poker parlance. They went all in on Biden. They abandoned objectivity. They turned their backs on ideals they professed to hold, and in some cases, wrote lengthy, well-regarded books defending those ideals. How can they now admit that they were so wrong?

Their hatred created this Afghanistan mess. These 200 generals who endorsed Biden have bloody body parts on their hands. These 500 “military officials” are strewn with gore. Stanley McChrystal will be remembered for aiding and abetting an incompetent. Twitter and Facebook tech magnates who suppressed the stories of Hunter Biden’s laptop and the Biden connections to the Ukraine, China and Russia are co-conspirators in murder of American soldiers. The media and the simping Never Trump glory hogs who focused on every Trump quibble and ignored the yawning chasm filled with Biden’s character flaws, decrepitude, moral weakness, mean-streak, and everything else, these complicit people so intent on demonizing half the country because they could see what was obvious, are covered with blood.

Does anyone, anywhere believe that Donald Trump would be submissive to the Taliban? Does anyone imagine that a President Trump would walk away from the press and not take questions for days?

Imagine if President Trump presided over this disaster. Would the Never Trump folks be as mute as they are now? Would the media be careful to be nuanced (not that there’s any nuance about this)? Everyone reading this knows the answers to these questions.

Americans are wondering how things got so bad so quickly. They believed the media spin. They were kept in the dark about Hunter and China and money laundering in Ukraine. They can honestly be forgiven for not knowing. They were deceived. And now, these voters are dealing with lost jobs, higher gas prices, higher grocery prices, crazy new COVID variants, threats of shutdowns, again, school closings, mask-fights, illegal immigrants streaming across the border (unvaccinated), and now this debacle in Afghanistan.

Polling reveals that Americans have lost confidence in this President. Biden’s team acts as though bravado and balderdash will strong arm the public into not believing their lying eyes. Nancy Pelosi trills about a “great day for America” about a spending bill everyone wonders how it will get paid. Jen Psaki and Secretary of State Blinken try to cast the Afghanistan mess in a positive light, and people in the media defend them. Some do. The worst do.

The people who said “country over party” are utter hypocrites. They put their ego above country. For spite.

It’s all about them. It’s all about being the one listened to. The glee this coterie had on election night that a no-talent, serial plagiarist, media creation, with a far-leftist voting record, won says lots about the people who supported that candidate. They knew full well who he was and worse, deceived others about Biden’s record just to get rid of a person they hated. It says everything about them. So congratulations, in making the 2020 election all about you, media talking heads and the rest of ya. It’s about you now.

It’s not just the legacy media. The Never Trumpers are defending Biden or silent. Oh yes, these fonts of foreign policy wisdom are mute about Afghanistan. Suddenly, no opinions. The Lincoln Project’s new project (besides pulling in leftist cash)? Getting rid of Ron De Santis. Bill Kristol’s new obsession? Finding a “moderate Democrat” to win in Texas. Two of the most successful Republican states, and these people who started out as Never Trump are now, never conservative. This pustulant passel of bitter clingers have generalized their hatred from Trump to anyone to the right of Gavin Newsom and Andrew Cuomo.

Biden’s failure is total. Afghanistan is a slow-rolling, still-unfolding horror. And yet, he’ll have defenders. It’s not about Biden. He’s always been a big-mouthed idiot and leftist empty suit. Biden’s supporters who lied about him, calling him moderate and measured, a steady hand, a foreign policy expert, a charming old grandad, can’t back out now. And so, like Biden, they’re flat footed in a crisis of their own making. It started and it will end, being all about them.

Biden, my Biden, until the bitter end.