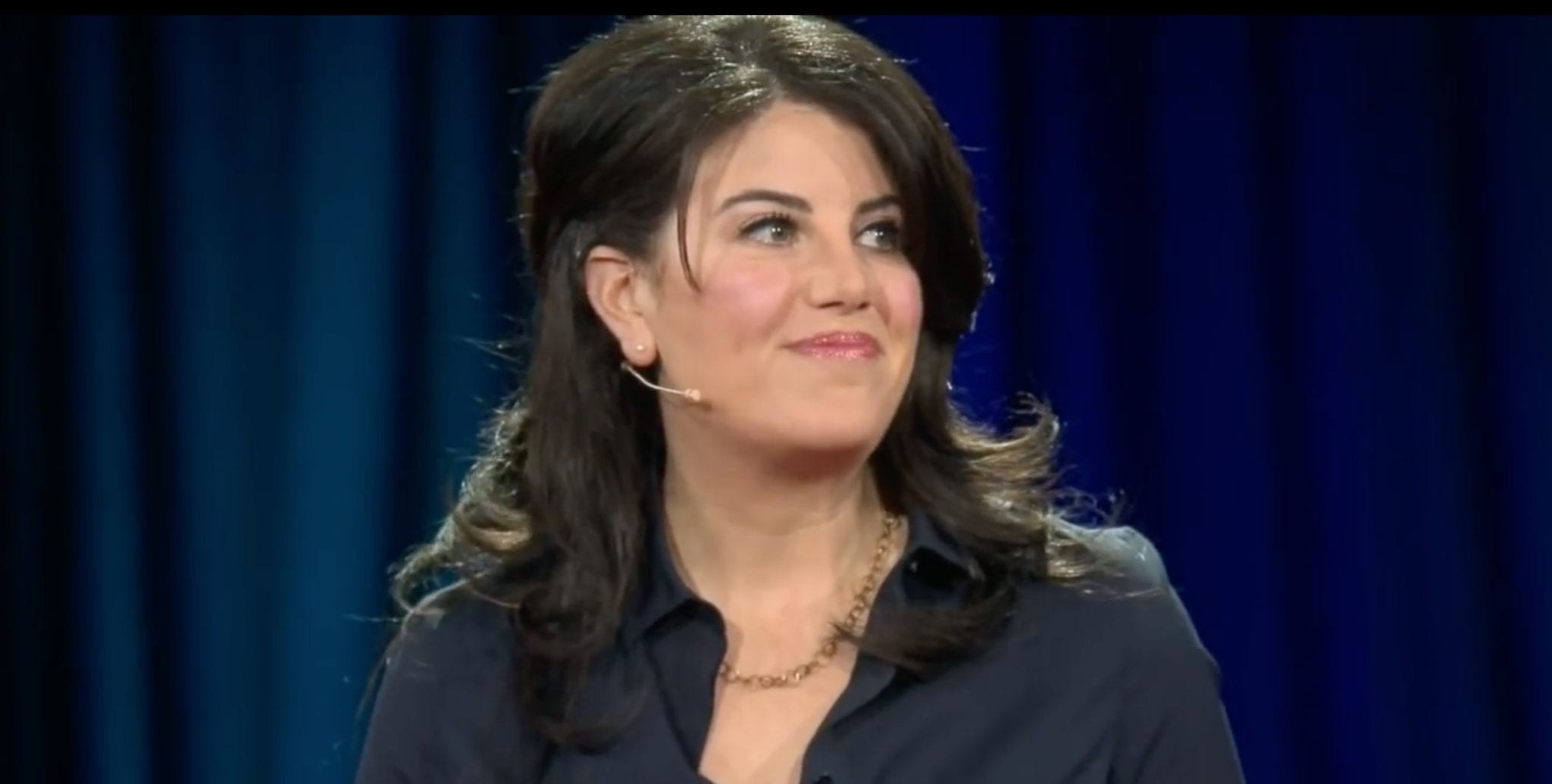 There is a growing debate on the left over whose side to take in the simmering controversy between Monica Lewinsky and Bill Clinton or the Clintons (plural), depending on how long Hillary remains loyal to Bill or, come to think of it, how long Bill remains loyal to Hillary. Truth be known, she might be in even hotter water than Bill at this moment.

Evidence of the looming Lewinsky-Clinton controversy appeared once again in the pages of the Wall Street Journal last week where Abbey Ellin filed a column entitled “The Clintons Owe Monica an Apology.” The controversy heated up four days later when Brian Kent of Tulsa, Oklahoma published a letter in the Journal’s correspondence section under the headline “If Bill Apologizes to Monica, It Should Be a Private Act.” I suspect this is just the tip of the iceberg, so to speak.

In the fantasy world of the American left — once known as the fantasy world of Liberalism — Monica is now a literary sensation who writes in Vanity Fair and, who knows, perhaps, even in the Paris Review, assuming there is still a Paris Review. In VF she recently wrote that upon prolonged consideration of her famous affair with the former-President a quarter of a century ago he committed a “gross abuse of power,” even if he was madly in love with her. Actually members of the #MeToo movement probably are in agreement with most Americans that Bill was indeed “gross” with his 22-year-old intern back in their White House days. At least, the incident with the cigar was pretty gross. However, members of the movement like other leftists remain conflicted on the Monica and Bill relationship.

After all, for them along with the “Black Lives Matter” movement and the LGBT movement, and all the other diverse movements and occasional la Cosa Nostras that compose the left, Bill has emerged from his affair as heroic. In fact, he has emerged from Monica, and impeachment, and various acts of malfeasance and pilfering, as a modern day Abraham Lincoln likeness for the left. Doubtless out in its capital city, Hollywood, California, Bill’s former supporters, for instance, the retired tycoon Harvey Weinstein, are even now gathering support for a Clinton Monument to be raised right across from the original Lincoln Monument, and they even plan a gift shop and, I have heard, a penthouse for sleepovers?

Yes, there is conflict dividing the left no matter how strenuously the Mainstream Media purr. Such leading movements as the #MeToo movement must feel torn by the Monica-Clinton conflict. With both sides dominated by strong women such as Monica’s mother and Hillary, things on the left cannot be as hunky-dory as CNN reports. There are powerful centrifugal forces at work. Consider the Monica-Clinton divide. Hillary’s forces called her a “tramp” and a “bimbo,” despite her literary talents. She was known by the President’s defenders as “that woman” when she was actually an innocent damsel. Hillary is even reliably reported as calling her “a narcissistic Looney Tune.” On the other hand, there is the matter of her “thong” with which she is said to have inflamed the 49-year-old President. His passions were perfectly understandable according to such women as Gloria Steinem and the talented Time correspondent Nina Burleigh.

I can see the clash coming: “Whose side are you on? Hillary’s (the voice of the old guard) or Monica’s (the wave of the future)?” Could Monica forsake her literary career to go into politics, perhaps running for the Senate from New York or possibly California? She lays claim to both nutty states. And having Monica out there blabbing about Bill’s “gross abuse of power” cannot help Hillary’s presidential prospects in 2020. Nor can Joe Biden’s energetic presence on the campaign trail now that he has a new Botox application and fresh hair implants.

Actually Hillary is faced already with stiff competition for the nomination what with the youthful Bernie Sanders and Elizabeth Warren, though Elizabeth is going to have to come up with a better answer to her “no-show” for that DNA challenge. How about trying this, Pocahontas: “I was only kidding.”

Then there is the question of Bill’s sticking it out with Hillary in what I guarantee will be the fraught years ahead. Americans have a way of forgetting minor hiccups on the campaign trail. Think of Donald Trump’s “Access Hollywood” tapes or more recently his so-called membership in a book club with the pulchritudinous porn star, Stormy Daniels. But Hillary has real problems in her future. Recall her errant emails that are going to be coming to the fore again; those are felonies. Or consider her payments to Christopher Steele, again potential felonies. This is not Eric Holder or Loretta Lynch’s Justice Department. At his age and with his weak heart, how much stress can Bill Clinton take? I would not be surprised for him to take a powder… and get back together with Monica. They made such a cute couple.