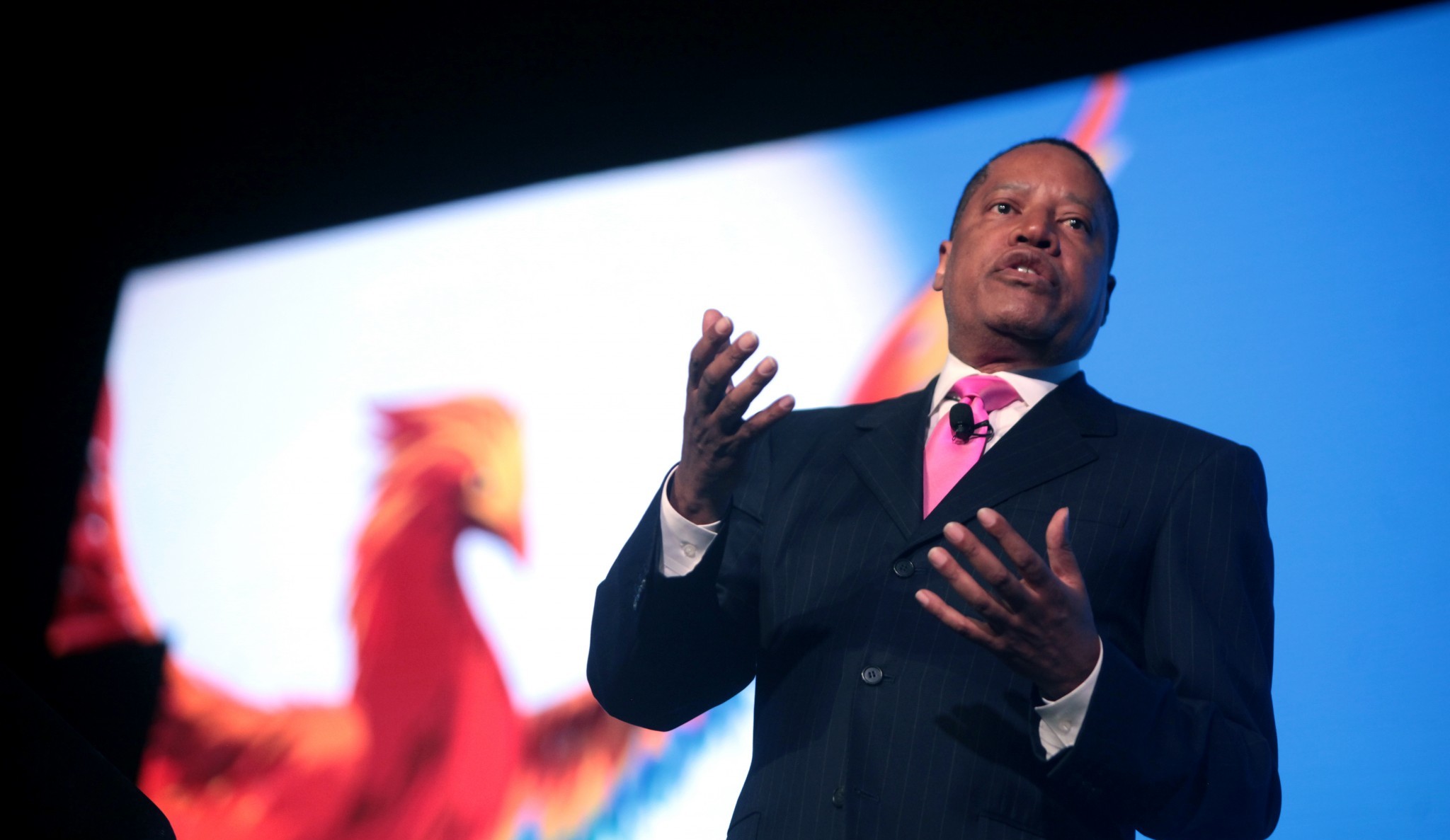 As seen in their hatred for Clarence Thomas, liberals reserve special scorn for black conservatives. Larry Elder, who is running for governor in California’s recall election, is now the target of this scorn. He could become the first black governor in the history of the state. To liberals who presume a monopoly on the black vote, this is an odious prospect. And so they are now busy defaming Elder, subjecting him to the Clarence Thomas treatment.

In the last California recall election, liberals didn’t give Arnold Schwarzenegger too hard a time, because they knew he would end up serving as a Trojan horse for their liberalism. Some Democrats even wanted Schwarzenegger to win, figuring that he would prove more effective in advancing their agenda than the hapless Gray Davis.

But the possibility of a victorious Elder and an ousted Gavin Newsom poses a real threat to Democratic and liberal power in the state. So the gloves have come off this time. The Los Angeles Times recently saw fit to publish a column calling Elder the “Black face of white supremacy.” The column is beyond parody in its bigotry toward black conservatives. “Like a lot of Black people, though, I’ve learned that it’s often best just to ignore people like Elder. People who are — as my dad used to say — ‘skinfolk’ but not necessarily kinfolk,” writes Erika D. Smith.

The reasons that she lists for opposing Elder are laughable. His victory would not “bode well for ethnic studies in California,” she says, and the “task force studying reparations for Black Californians would be toast.” Oh, my.

MSNBC’s Joy Reid, who has called Clarence Thomas “Uncle Clarence,” is naturally up in arms over Elder’s run. On a segment about Elder, she asked a guest: “It’s ironic, this is a Black man, and it just goes to show you that it is true that even people of color can be influenced by white supremacist narratives and fall victim to it, right?”

Implicit in these attacks on Elder is that the Democrats own the votes and minds of black Americans. Or to put it in the words of Joe Biden: “you ain’t black” if you vote for Elder. No doubt Kamala Harris, when she soon campaigns for Gavin Newsom, will send this message, albeit in a more coded form, to Californians.

The scenario of a black Republican running a big blue state is a frightening one to liberals. Out of this fear, they are orchestrating all manner of personal attacks on Elder. But these attacks look flailing and unserious. Given that the state has already elected the checkered Gavin Newsom and piggish Arnold Schwarzenegger, how much sting can these charges really have?

Of course, any stick will do against a black conservative. The same media that defended Raphael Warnock can run headlines against Elder like: “Larry Elder’s ex-fiancee says he waved gun at her while high, threatened her.” The same liberals who decry racist stereotypes have no problem portraying Elder as a pot-smoking domestic abuser.

But Elder’s worst sin in the eyes of liberals is that he dares to defy the progressive consensus on the fashionable issues of the day. Unable to debate Elder on the big issues, Newsom seeks to keep the focus on trivial ones. So far his criticism of Elder has amounted to saying that he is insufficiently woke for the state. Newsom would rather talk about climate change than rising crime.

In the coming weeks, Newsom will try to get out the progressive vote by casting Elder as a conservative extremist. The irony in this line of attack is that Elder has long been a libertarian-leaning Republican, the very kind of Republican that the Democrats used to say that they wanted the GOP to embrace. Elder has described himself as “fiscally conservative and socially moderate.” But to hear Newsom’s allies in Planned Parenthood talk about Elder, you would think he belongs to the Religious Right.

When not describing Elder as a shill for white supremacy, liberals call him a sexist. CNN’s Jim Acosta sputtered that a joke Elder once told about Trump and feminists was “disgusting.” But as Acosta’s guest, Congressman Darrell Issa, pointed out, “In tens of thousands of hours, if that’s the best you have, you don’t really have anything on Larry Elder.”

As crime soars, schools fail, and the quality of life in the state deteriorates, the attacks on Elder look quibbling and frivolous. But what may backfire the most on Newsom’s allies is the decision to present Elder as an “insult to blackness,” in the words of Ericka Smith. Should Elder win, it will be a welcome rebuke to that appalling politics.