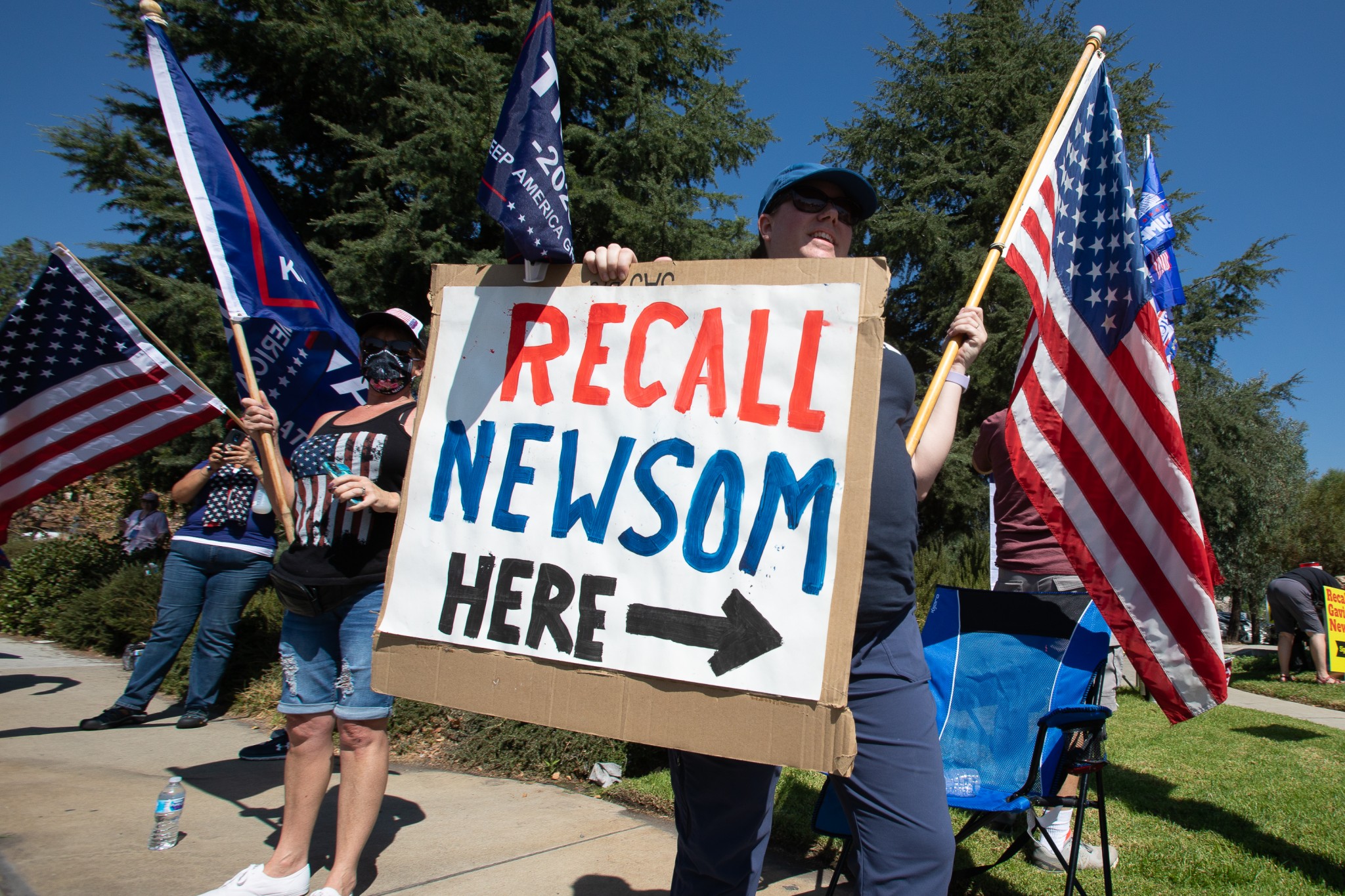 California Democrats, who control all the levers of power, suddenly are playing defense, as new polls suggest that Gov. Gavin Newsom, could actually be booted from office in a Sept. 14 recall election that has gained a surprising amount of steam amidst the state’s burgeoning wildfire, homelessness, crime, housing, and water crises.

The latest poll averages on FiveThirtyEight have the race as a virtual dead heat, with the “keep him in office” side ahead by a mere 1.2 points. One recent shock poll had the “remove him” side ahead by more than 9 points. The ballot has two questions. The first is whether to recall the governor and the second is, if recalled, who should replace him.

In the second question, conservative talk-show host Larry Elder is leading the pack at 19.3 percent, with Kevin Paffrath in second with around 9 percent. Paffrath is a real-estate broker who hosts a popular YouTube program and is not your typical Democrat.

Early 20th century progressives designed the state’s direct democracy as a check on political power, but modern progressives now hate the system. It’s easy to see why. It’s one thing to talk about the power of the People, but quite another to realize that those people might not be as progressive as hoped.

For years, the state’s Democrats have been chipping away at the initiative, referendum, and recall given that it remains the last bastion of public resistance to a state government where Democrats control every state constitutional office and enjoy legislative supermajorities.

The system could always use modest reforms, of course. I’d like to see the nonpartisan Legislative Analyst’s Office or a retired panel of judges draft the titles and summaries that are affixed to every ballot initiative. Those are the only descriptions that most voters read — and recent attorneys general (Xavier Becerra and Kamala Harris) were notorious for abusing their power by writing biased descriptors.

But that’s not what Democrats have in mind, as they mull efforts to make it harder for the people to exercise what 1911 Gov. Hiram Johnson said was their ability “to prevent the misuse of the power temporarily centralized in the Legislature.” However this recall goes, expect a barrage of “reforms” from that Legislature. Left-leaning writers and academics already are building the case.

In his recent column, the Los Angeles Times’ Michael Hiltzik rehashed history from the early 20th century, when Johnson and other progressives pitched this direct democratic process as a means to control special interests. Hiltzik quoted commentator Herbert Croly, who warned at the time that the initiative, referendum, and recall “places an enormous power in the hands of a skillful and persistent minority.”

There’s certainly plenty of evidence in the last century to reinforce that idea, although it’s not as if the Legislature itself hasn’t been controlled by those same special interests. But what annoyed me about the Hiltzik column were his prime examples of such supposed misuses of private power — of corporations that used the initiative to roll back legislative edicts.

In particular, he points to a statewide measure (Proposition 22) by ridesharing companies to exempt themselves from Assembly Bill 5, which imposed a state ban on the use of contractors as workers. That seemed like a legitimate use of the initiative process — companies and their workers fighting back against a legislative plot to destroy their businesses and jobs.

Hiltzik also bemoans dialysis companies, which spent $100 million to “head off an attempt to tighten regulations on them.” That’s a fanciful take. As Politico reported, “Dialysis companies say the costly requirement would force them to close some clinics, and have so far poured $105 million into fighting the measure, arguing it amounts to a hardball move by the union to drain industry finances until clinics agree to allow their workers to unionize.”

When corporations wage defensive battles, they are abusing the process, but when unions and environmental groups qualify tax hikes and new regulations, that apparently represents the power of the People. The Left doesn’t mind when the state’s most powerful special interests (unions and environmentalists) use direct democracy for their ends, but then suddenly finds problems when others use the system, too. As I argued in my Orange County Register column, “Progressives apparently no longer trust the people they claim to represent.”

Recently, UC Berkeley professors Erwin Chemerinsky and Aaron Edlin penned an Aug. 11 column in the New York Times alleging that the Newsom recall is unconstitutional because the replacement candidate in a crowded field might win with far fewer votes than received by Gov. Newsom (as measured by his “he should stay” votes).

“This is not just nonsensical and undemocratic,” the professors wrote. “It is unconstitutional. It violates a core constitutional principle that has been followed for every 60 years: Every voter should have an equal ability to influence the outcome of the election.” They want the courts to overturn the current recall system.

On cue, Politico reports that “Two California voters are challenging the legality of the state’s recall system less than a month before the Sept. 14 election, echoing concerns from constitutional scholars as Gov. Gavin Newsom fights for his political life.” I wonder where those two voters got the idea.

In his Aug. 16 column, the Los Angeles Times’ George Skelton looked at ways to solve the “problem” that Chemerinsky raised. “After this election, there should be a major effort to create recall reforms,” he argued. Skelton quotes a Democratic strategist: “It would take a lot of mischief out of the recall if we treated it like a resignation and had the lieutenant governor succeed the governor.”

That would be convenient. Are we surprised that a Democratic strategist wants to rejigger the recall process so that another Democrat would almost certainly replace a recalled governor? I await the forthcoming legislative proposals toward that end.

As Gov. Johnson predicted in his first inaugural address in 1911, opponents of direct democracy will “mock indignation and pretended horror, cry out against the desecration of the public service and the awful politics which would permit the people to rule.” Some of those complaints, he explained, will even come from the press.