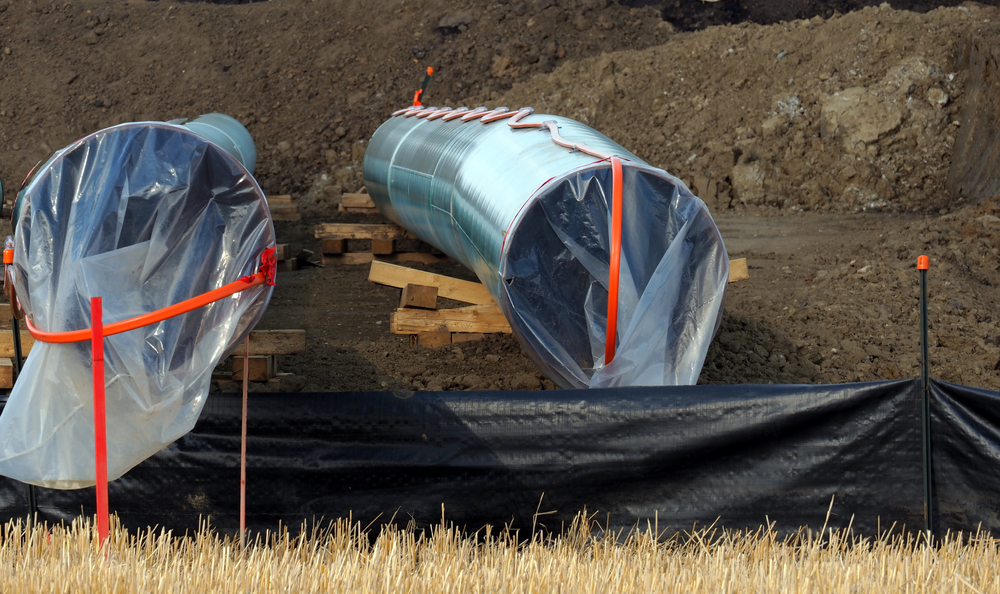 Among many executive actions signed on Inauguration Day to sweep Trump policies out the door along with the man himself, President Biden rescinded approval for the Keystone XL oil pipeline. Keystone XL, according to Biden’s top climate policy adviser Gina McCarthy, “was not consistent with addressing the climate crisis to the depth and scope that we are planning to address it.”

Keystone XL has now played the role of political football for a full decade, and Americans can be forgiven for having forgotten the project’s details.

That companies now feel compelled to make direct pleas to the executive branch for the privilege of finishing their work speaks to the rot in our system.

Keystone XL is a pipeline to move heavy crude from the Canadian province of Alberta to refineries on the Gulf Coast. The Keystone system, not to be confused with the Dakota Access Pipeline of 2016 protest notoriety, transits in a generally north-to-south direction through the Great Plains. At Steele City, Nebraska, the system branches, with one portion moving toward southern Illinois and the other continuing through Kansas to Cushing, Oklahoma, whence the crude can be moved on to Port Arthur, Texas. The Keystone system includes over 2,600 miles of pipe and has already safely moved three billion barrels of oil since it began partial operation in 2010.

The segment in question crosses from Canada into the state of Montana and, hence, is subject to presidential permitting at the recommendation of the State Department.

The costs and benefits of completing the project have been discussed ad nauseam since the pipeline company, now known at TC Energy, first filed paperwork in 2008, and at this point very little has been left unsaid on either side of the debate. As was the case when the Obama-era State Department submitted its analysis in 2014, the pipeline project would be an economic positive while causing little in the way of additional environmental harms. The argument is simple, straightforward, and convincing enough that Canadian Prime Minister Justin Trudeau continues to support it and has urged President Biden to reconsider.

What Trudeau seems to understand better than Biden is that Alberta’s oil will be produced and find its way to markets with or without Keystone XL. Biden’s rescinding of approval doesn’t mean Canadian producers will close up shop; it means they’ll send a bit more crude to Asia and that the crude bound for U.S. refineries will spend more time on trains speeding along the surface, rather than in pipelines tucked securely below grade. In fact, then-Secretary of State John Kerry offered that exact assessment in 2015 when he wrote that denying a presidential permit would be “unlikely to significantly impact the level of crude extraction or the continued demand for heavy crude oil at refineries in the United States.” This logistical reality significantly reduces the environmental case for denying pipeline approval.

In an echo of the infamous “bootleggers-and-Baptists” alliance on alcohol prohibition, there is a clear beneficiary to the lobbying work done by environmentalists to stop pipelines: the major rail operators, like BNSF, who inevitably pick up the slack.

This latest development in the Keystone saga strikes a significant morale blow against the North American energy industry. The fact of the matter — for companies and all of us whose energy-dependent lives are made more comfortable by them — is that we inhabit a national political ecosystem of capriciousness and policy incoherence. Four years under Donald Trump made that clear to the environmental Left. This week’s policy reversals will deliver the same bitter lesson to the oil industry.

In an if-it-pleases-the-crown overture to the new president, TC Energy offered to spend $1.7 billion on solar, wind, and battery power to operate the system; hire a union workforce; and eliminate all greenhouse-gas emissions from operations by 2030, according to the Wall Street Journal. That companies now feel compelled to make direct pleas to the executive branch for the privilege of finishing their work speaks to the rot in our system. Comparisons between the U.S. form of governance and Canada’s are apples to oranges, but it’s noteworthy here how Prime Minister Trudeau is able to square his support for Keystone XL with his climate change concerns: his government has implemented a greenhouse gas pricing scheme that accounts, in theory, for emissions, which is what, ultimately, President Biden’s opposition to the pipeline is about.

The story of Keystone XL is but a microcosm of U.S. energy policy woes. A fundamental issue is that Congress has ceded its responsibilities to the executive branch. The result is ad hoc policymaking from the presidency. Congress, for better or worse, must reclaim its authority for setting the laws that will govern the U.S. energy industry. Only with coherent legislation — and even bad policies can be coherent — will businesses have the ability to plan, invest, and build without worrying about who will be in the Oval Office next.