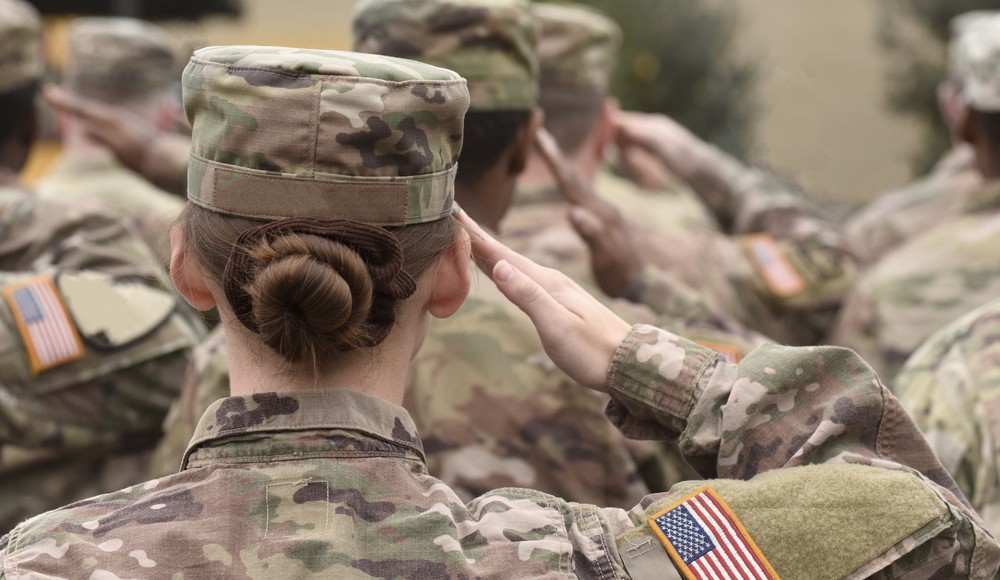 Washington — Tucker Carlson, the Fox News commentator, now has the entire Pentagon against him and our president, who fell up the stairs to Air Force One last week. Our First Amendment rights, by the way, are imperiled, but more on that later.

I say President Biden fell up the stairs of Air Force One last week because he did. I watched it all on television. Halfway up the stairs to Air Force One our Commander-in-Chief stumbled then righted himself. Shortly thereafter he stumbled again as he continued his perilous journey ever upward. Finally, a step or two later, he collapsed, falling on his left buttock. Why did he not just turn around and seek the support of his aide down below for the rest of the journey upward? I have no idea. Could it be vanity?

Taking those little bird steps that he takes when he is scurrying across the White House lawn or across the tarmac to a waiting airplane, I know, may make him feel vigorous; but it can be dangerous, especially for a 78-year-old man who has already sustained an injury to his ankle. At any rate, he did not roll down the airplane’s steps to the ground. That would really have been an embarrassment.

I say Tucker now has the entire Pentagon against him, but that may be an exaggeration. Only those at the Pentagon who are critical of what Tucker said are willing to talk. The rest remain mum, but what has been said by his critics is enough.

What Tucker said last week was that political correctness is taking the place of military readiness among members of our armed forces. “So we’ve got new hairstyles,” said Tucker, “and maternity flight suits. Pregnant women are going to fight our wars.” He went on, “While China’s military becomes more masculine as it’s assembled the world’s largest navy, our military needs to become, as Joe Biden says, more feminine — whatever ‘feminine’ means anymore.”

Apparently the president predicts more and more women in combat. Well, I can agree with him that the modern American woman can get very angry and put up a ferocious fight when provoked. Just ask Govv. Andrew Cuomo how combative they are. Or even worse, ask Harvey Weinstein. In Joe Biden’s army of the future I can envisage whole units that feature angry women. How about replacing the 101st Airborne with Joe’s “Fightin’ Fillies,” women armed to the teeth, wearing stiletto heels that are real stilettoes, and goose-stepping down Pennsylvania Avenue, even in the hot sunlight? And others obviously agree. Sgt. Major of the Army Michael A. Grinston, the army’s most senior enlisted soldier, spoke out on his Twitter account saying that women will dominate any battlefield in the future.

I am not sure what he meant by that, but apparently he too supports the idea of Joe Biden’s Fightin’ Fillies and maybe even transgender soldiers also. An outspoken opponent of Tucker Carlson was John Kirby, the Pentagon’s chief spokesman. He said that within the Pentagon there was a sense of “revulsion” at what had been said. As Kirby observed, “What we absolutely won’t do is take personnel advice from a talk show host or the Chinese army,” and I believe Kirby has won the Congressional Medal of Honor. Check it out.

Actually, at least 20, perhaps 30 years ago, the Israeli Defense Forces was having a debate about just this issue, women in combat. I do not recall the arguments being quite so stupid, but what do you expect? Israel has been under siege from its earliest days. Mistakes by them on a matter such as combat readiness can cost them everything. Look it up. You will see all kinds of subterfuges written on the subject of women in combat, but you inevitably will come across these lines at some point: women are not deliberately deployed in combat situations. They handle radios, computers, communications equipment. They handle health issues. They handle drones. They probably carry guns. But they are not deliberately deployed in combat situations. Not in Israel. The Israelis cannot afford to lose a war.

But back to the question of our First Amendment rights. From time immemorial the Pentagon has abstained from speaking out against private citizens, even private citizens in the business of journalism. For that matter, men and women in the upper reaches of the CIA and the FBI have steered clear of domestic politics. In the Trump years we have seen that people in the CIA and the FBI exerted their influence, often clandestinely. Now we are seeing military people entering politics without taking off their uniforms first. This does not bode well for democracy.