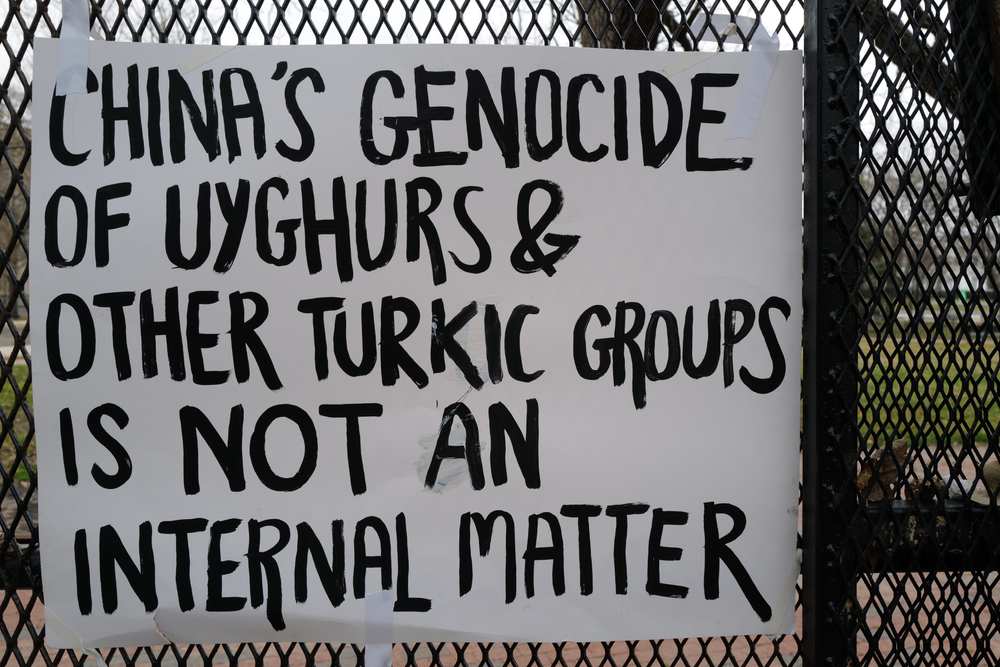 President Biden fell on the stairs of Air Force One three times this week, which is a pretty good metaphor for his first attempts at diplomacy. In one week, Biden, Secretary of State Antony Blinken, and National Security Adviser Jake Sullivan have managed to get beaten up by the Chinese and were contemptuously ignored by the North Koreans, and Biden personally stirred up Russian animosity for no good reason.

Following Biden’s promise to make Russia pay a price for its alleged interference in the 2020 election, George Stephanopoulos asked Biden if he thought Putin was a killer. Biden responded casually, “Mmmhmm, I do,” which, of course, is correct.

Biden’s remark wasn’t tied to any specific facts or to any diplomatic push against Putin. His remark, if accompanied by new sanctions on Russia for its many aggressions — including the alleged interference in the election — would have been entirely appropriate. But it had no such useful purpose. In response, Putin mocked Biden with a schoolyard response, saying, “I know you are, but what am I?” and wished Biden good health. On more serious notes, Putin recalled his ambassador to the U.S. and challenged Biden to a live debate. Biden’s press secretary, Jen Psaki, dodged a question on whether Biden would accept the Russian’s challenge.

It’s almost always a good idea to spank the Russians, but doing so as Biden did was pointless.

Since February, Biden has reportedly tried to open talks with the North Koreans by making contact through their UN mission in New York. Choe Son Hui, the Norks’ first vice minister of foreign affairs, called the attempted outreach a “cheap trick” and said, “It will only be a waste of time to sit with the U.S. as it is not ready to feel and accept new change and new times.”

When Blinken used the term “denuclearization of North Korea” during his visit to Tokyo and Seoul last week, Ms. Choe called that a “lunatic theory.”

The “new change” and “new times” she referred to were U.S. acceptance of North Korea as a nuclear power and our giving up on the idea of “denuclearizing” the Korean Peninsula. And, like the Iranians, the Norks want relief from U.S. sanctions.

The Norks are taking a page from the Iranians, who have demanded that Biden remove all the “maximum pressure” economic sanctions former President Trump imposed before they would even consider pretending to comply with former President Obama’s 2015 nuclear weapons deal with them. Biden’s stated goal of rejoining the 2015 deal — which Trump revoked — is thus stalled. The Iranians have been violating that deal long, hard, and continuously, but they believe Biden will blink first, and he probably will.

Iran and North Korea can afford to play that game because China is buying a lot of Iranian and Venezuelan oil, some of which is undoubtedly being sent to the Norks. (Iran is reportedly buying almost one million barrels a day of Iranian oil.) Thus Iran’s economy is propped up, and so is North Korea’s. North Korea receives both oil and food supplies from China, supporting Kim Jong Un’s regime, which goes its merry way, further developing its nuclear and missile arsenals.

Biden has no answer to China’s propping up of North Korea, Iran, and Venezuela. Though Biden hasn’t yet met with Chinese President Xi Jinping, the first meeting between their senior representatives took place in Alaska last week. Blinken had his lunch eaten by some of China’s “wolf warrior” diplomats.

China’s “wolf warriors” are notable only for their lack of restraint and undiplomatic language. Blinken and Sullivan were both unprepared for the onslaught and unable to even defend America from it.

The Thursday meeting was supposed to begin with two-minute opening statements. In his 16-minute opening, China’s top diplomat, Yang Jiechi, insulted Blinken and Sullivan by citing the Black Lives Matter movement, saying, “Many people within the United States actually have little confidence in the democracy of the United States.”

Yang also said, “So, let me say here that, in front of the Chinese side, the United States does not have the qualification to say that it wants to speak to China from a position of strength…. The U.S. side was not even qualified to say such things even 20 years or 30 years back, because this is not the way to deal with the Chinese people.”

Instead of responding by criticizing China’s genocide of the Uighurs, its complete oppression of Hong Kong, its failure to admit that the COVID-19 virus originated in China, its threats against Taiwan, its never-ending cyber war against us, and China’s other multifarious acts of oppression and aggression, Sullivan whimpered his response.

Sullivan said, “What we’ve done throughout our history is to confront” race issues transparently, “not trying to pretend they don’t exist.” Sullivan added, “The secret sauce of America” is its ability to look hard at its own shortcomings and seek to improve.” To say that Sullivan’s response was weak or inept is to vastly overstate its strength. All Blinken added were vague warnings saying that the U.S. had “deep concerns” with some of China’s actions. In short, Blinken and Sullivan lost the debate by a knockout.

The art of diplomacy is aimed to manage international relations. Managing China, a peer adversary, means containing its aggression and attacking its ideology. That, quite evidently, is beyond Team Biden, who do not understand that diplomacy, unsupported by military force — the mailed fist in the velvet glove — is bound to fail.

The Chinese understand that concept perfectly. China’s military budget, which rises every year like clockwork, has increased by about 7 percent this year alone. According to a March 5 paper by the Center for Strategic and International Studies, “Spending on the military as a share of overall national government spending will rise from 5.1 percent in 2020 to 5.4 percent in 2021—the highest in several years. Similarly, spending as a percent of the central government budget will rise from 36.2 percent to 38.7 percent, well above the average of 34.7 percent seen over the last five years. These figures confirm that China’s leaders continue to prioritize military modernization.” (CSIS refers to a study by the Stockholm International Peace Research Institute that shows that China’s military-related expenditures are probably more than 40 percent higher than its government reports.)

China’s increased military spending is going to more aircraft carriers, fighter and bomber aircraft, and other major weapon systems. They have not slowed, far less stopped, their militarization of islands in the South China Sea and threats against U.S. allies such as Japan and Taiwan.

If we were to go to war with China today, we would suffer many thousands of American casualties and probably end up losing or in a stalemate that would be very damaging to our allies in the Pacific.

If he were not so weak, Biden would be putting real teeth — military agreements and joint exercises — into the “Quad” alliance of the U.S., Japan, India, and Australia that aims to contain China. But he won’t.

Biden’s weakness on China, demonstrated perfectly by Blinken and Sullivan in the Alaska meeting, is enormously dangerous. As I often write, and as former Defense Secretary Donald Rumsfeld often said, weakness is provocative.

At this point, we still can deter and contain China if we try. Biden isn’t willing to even do that.