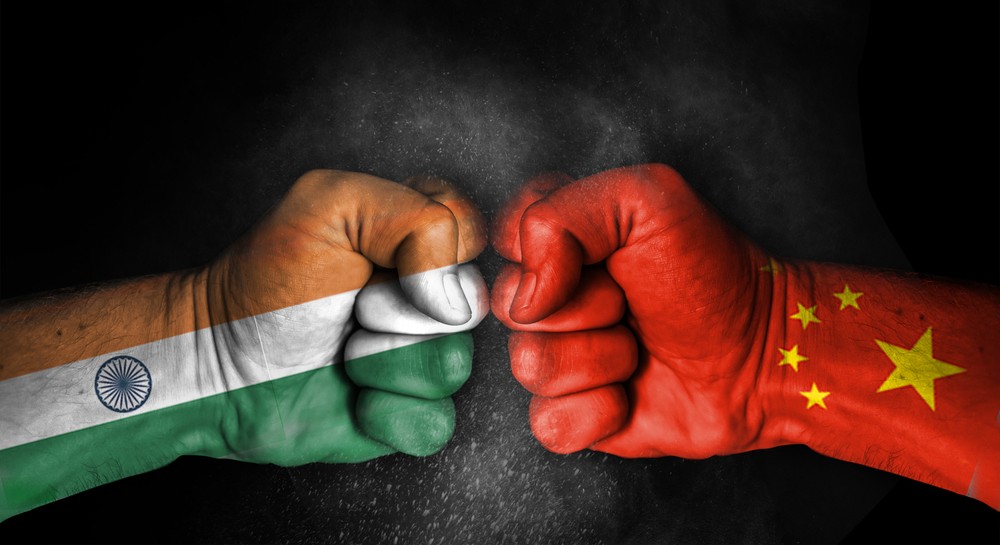 There should be no doubt that the People’s Republic of China is the leading geostrategic adversary of the West, in both economic and military terms. President Biden, who is no stranger to matters Chinese, and his administration must recognize that the status quo policy toward China — the so-called pivot to Asia, the enhancement of alliances with regional partners such as India, Japan, and Australia, and the transactional approach focusing on the trade imbalance — is clearly not enough. It is not working.

Remarkably, China has emerged from the COVID-19 pandemic economically even stronger than before. While the U.S. and Europe continue to suffer from what the International Monetary Fund (IMF) characterized the worst recession since the Great Depression, China, which instituted a brutal lockdown on a scale that Western democracies could never contemplate, is estimated by the IMF to record lowered but nonetheless remarkable GDP growth of 7.9 percent in 2021. Even in 2020, China posted an estimated 2.3 percent GDP growth rate for the entire year.

The current architecture of U.S. relations with Asian partners, intelligence sharing, and joint naval maneuvers has neither contained China nor moderated its behavior.

As also reported in the Wall Street Journal earlier this week, citing United Nations figures, China has become the leading destination for foreign direct investment (FDI), replacing the U.S., which suffered a drop of almost 50 percent in 2020. Doubtless, the downturn in FDI for the U.S. is a reflection on the country’s inability to manage a pandemic as well as other nations that have fared better, and it is likely a result of perceived heightened political risk associated with the turmoil and corrosive behavior and carnage in Washington. With the Biden administration issuing orders to overturn policies of the Trump years, there is unquestionably even more uncertainty for foreign investors who assess U.S. regulatory risk.

China has not suffered serious consequences for its deliberate silence on COVID-19, allowing it to be transmitted via international flights in and out of Wuhan although domestic ones had been suspended, and persecuting medical professionals who gave warnings. It has not paid a price for its sinister behavior in what has been called the worst global health crisis since the Spanish Flu of 1918.

While major multinational corporations are wise to rethink their China political risk, operating and investment exposure, and their supply chains, recalibration will take much time. Sourcing changes of major companies do not occur with the click of a mouse. The U.S. cannot expect much support from Europe, either, as it is also well known that Europe accords commercial ties a higher priority than security, and its colonial heritage seems to inhibit confrontational instincts.

Given that China emerged from the COVID-19 crisis virtually unscathed compared to West, we can expect not only gloating from Beijing but also an even more aggressive and emboldened foreign policy. The world has seen the militarization of the South China Sea; the Belt and Road Initiative, which embraces about 70 countries in Asia, Africa, and Europe under the rules, command, and control of Beijing; the suppression of Hong Kong; the Uighurs in China’s Xinjiang province denounced as genocide by the Trump administration; the bullying of India with pressure on the borders of Kashmir’s Ladakh region and Doklam to the east; the recent escalation of belligerence over Taiwan; and increased emphasis on infiltration through cyber technology.

What provocation China will commit next is an unknown. But the current architecture of U.S. relations with Asian partners, intelligence sharing, and joint naval maneuvers has neither contained China nor moderated its behavior. The maxim of reinforcing success and abandoning failure would seem to apply: it is delusional to think that U.S. foreign policy toward China is what it should be. The State Department of the Biden administration needs to do some major out-of-the-box thinking, to use a hideous cliché. But in view of President Xi Jinping’s liberal remarks at Davos this week, delivered like a professor of governance, one fears that the Left will gush and be conned to embrace the People’s Republic once again.

A country with much at stake as regards China is India, which has endured Chinese aggression on its frontiers for years and lost an embarrassing war with China in 1962. The Indian and Chinese navies compete for influence in the Indian Ocean, where both countries wish to protect the oil sea lanes they depend upon. Resentment in India over China as the suspected origin of COVID-19 has turned public opinion against China, as it has in the United States.

To counter China, the U.S. and India can leverage their technology assets. India’s software industry may rival that of the United States. Regarded as the Silicon Valley of India, Bengaluru (formerly Bangalore) is a major technology hub for software development. Indian IT experts may be found in the CEO or senior management ranks of Google, Microsoft, Apple, and Facebook, and in the U.S. venture capital industry. Recently, Tata Consultancy Services, with a market capitalization of nearly $170 billion, has overtaken Accenture as the largest IT firm in the world. Further, the Indian space program, led by the Indian Space Research Organisation in Bengaluru, has the capability to execute lunar probes as well as an interplanetary mission to orbit Mars.

The U.S. and India have enjoyed excellent relations that include four U.S. administrations and three Indian ones, and both countries are deeply troubled by the ascent of China as a strategic challenge. As I have written in The American Spectator, a next-generation U.S.–India relationship could encompass technology collaboration to assure the integrity of 5G networks, cyber defense and offense, and platforms for space warfare.

There are novel ideas to contemplate beyond the current state of play with the U.S. and India’s strategic partnership, which in military terms include the sale of aircraft, development of joint ventures to manufacture Apache attack helicopters, the F/A-18 and F-16, encryption-sharing for intelligence purposes, logistics support, and joint naval maneuvers. The time has come to consider technology partnerships. A next-generation U.S.–India partnership will put China on notice.