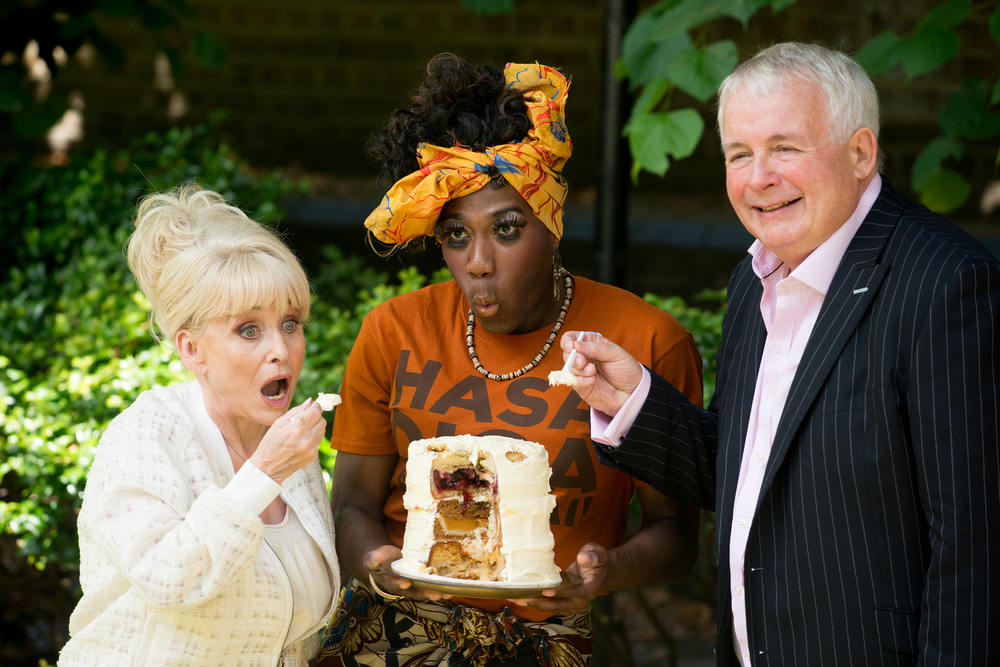 My wife thinks I have a problem, an addiction I should take care not to broadcast too much. “When is enough enough??” I’m hooked on the “Great British Baking Show” (GBBS).

Not since “Breaking Bad” have I spent so much time in front of the telly. Not since “South Park” has a show made me smile so much. The accents. The etiquette. The teeth. What’s not to like?!

In reality, it’s the competition that lured me in. For that, I have to credit another Brit; Gordon Ramsay.  My wife, daughters, and I latched onto his version of “MasterChef” (MC) shortly after we moved into our home.

Both contests feature amateurs, folks who followed other career paths, or sacrificed as much to raise a family. Over time, they honed their skills simply feeding their brood, or as a hobby from which their friends benefit.

With few exceptions, the appreciation these beneficiaries hold for their personal “homecooks” translates into a boost of confidence for the aspiring contestants, who no doubt return the favor by being a source of inspiration.

Even though the only tangible prize for the GBBS victor is a cake stand, the competition is intense. You’d never know it though from the personalities, and they get no sugarcoating from the judges.

Paul Hollywood, Prue Leith, and her predecessor Mary Berry, assess the bakes in a frank, succinct manner. When something is “bang-on,” they’re effusive in their praise. When a bake is “hideous,” they pull no punches.

Even so, if they can find something positive to say about otherwise lackluster outcomes, they do. The respect that flows both ways as a result is palpable.

When bakers are pushed to the brink, the fallout is very rarely expressed in outright anger. More often, they mask the stress with (self-deprecating) humor. Other times, the disappointment flows in tears.  It’s all supremely endearing.

The nature of the competition undoubtedly contributes to the stress. More than once, a reigning “star baker” has come up short the next week, and subsequently been “asked to leave the tent.” This compels them to push the envelope.

My students learn about something called the production possibilities frontier. Basically, in a two-product economy, more of one cannot be produced without less of the other. Though the frontier is fixed at any given moment, it can be pushed out via technological progress, or growth in human capital.

The inventiveness that derives from the latter is a necessary ingredient for the bakers to advance.

Though Leith once advised a baker that she only had “to be not the worst” (to which Hollywood quipped “what a great mantra that is”), they can’t afford to rest upon such consolation. The “worst” creeps up a notch every week.

While it’s true that MC champions bank a cash prize, GBBS winners share the same intangible payoff; cachet. That brings other rewards well within their reach.

Thanks to folks who have put off consumption until tomorrow, there are resources available today for enterprising bakers who want to open their own shop. Free market capitalism provides the atmosphere for the two parties to come together for mutually beneficial ends.

And even if winners/finalists aren’t creating opportunities for store managers and aspiring apprentices on their payroll, they’re in front of the camera on their own show, writing cookbooks and/or newspaper columns.

Some choose to leverage their newfound fame to benefit cancer research, or the importance of mental health. This is indicative of show’s most appealing quality.

Not only is the bakers’ tendency to console one another after a baking mishap (one shared by the goofball hosts, Mel Giedroyc and Noel Fielding being my favorites) striking, so is their willingness to help while the clock is ticking.

Furthermore, the contest has a pronounced international flavor, a refreshing angle given the unfortunate anti-immigrant tenor of recent years.

Bakers’ heritage/origins stretch from Africa and the Middle East, to India, Bangladesh and Hong Kong, all the way to Siberia and back through Lithuania and France. Some even draw on experiences here in the States, Mexico, and the Caribbean.

Whether trading with each other across borders, or more importantly, within our own, we benefit from different points of view. We learn, and the competition keeps us focused, preventing complacency and the development of bad habits.

When we are free in our “pursuits of happiness,” and we respect each other, even when the law permits us not to, we invariably value more the society that allows us to flourish.

I get a bit soppy at the end of every season when they run photos and videos of the contestants visiting each other across the U.K. It makes me want to reach over and hug my wife or daughters, and risk being told to “bugger off!” Alas, I refrain.

Christopher E. Baecker manages fixed assets at Pioneer Energy Services, teaches economics at Northwest Vista College, is a board member of the Institute of Objective Policy Assessment, and is a member of the San Antonio Business & Economics Society.  He can be reached via email or Facebook.