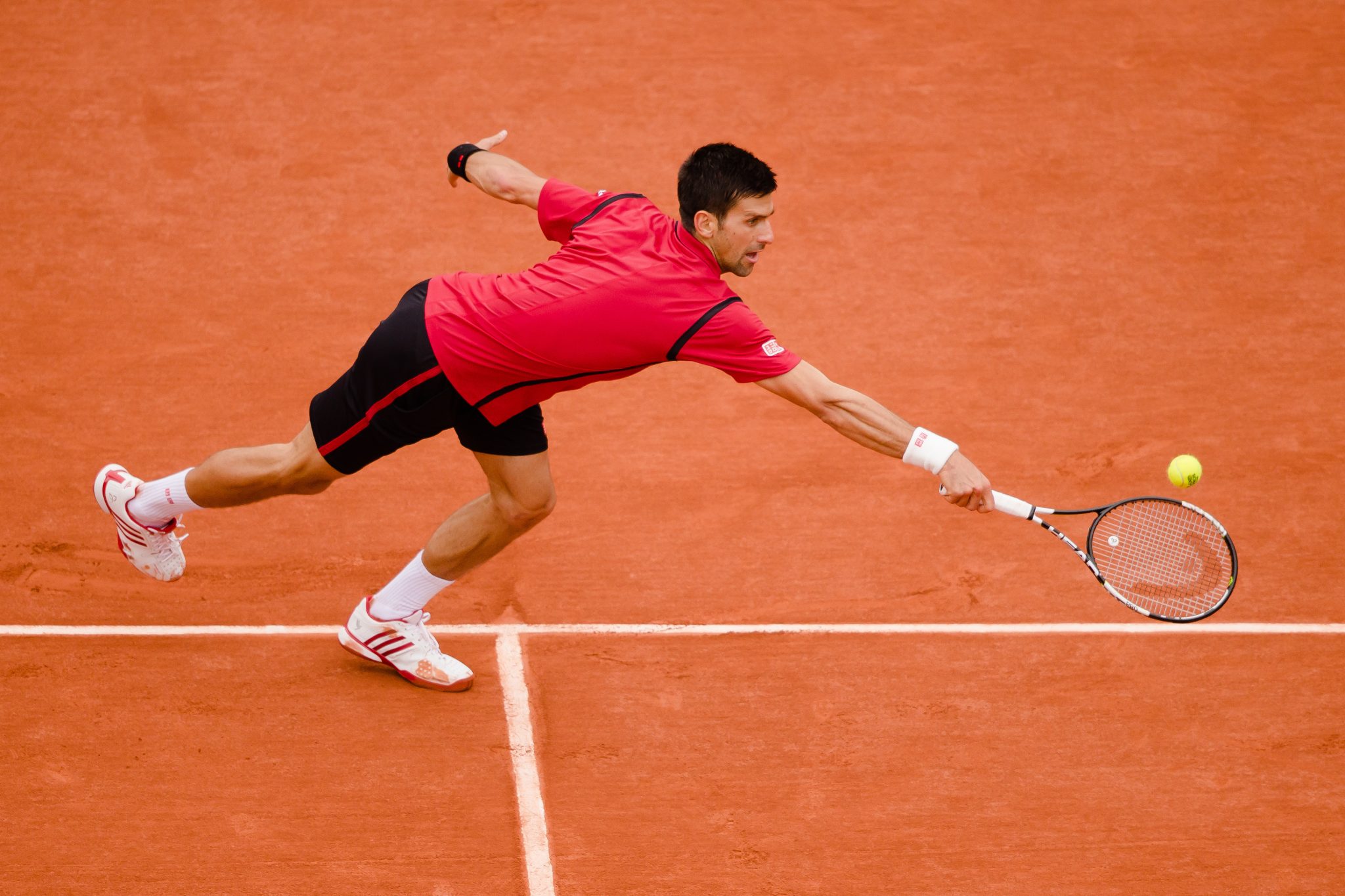 In much of the animal kingdom, there comes a point when the rising cohort in a troop or pack or pride produces a champion and urges him to challenge the top dogs whose own champion is the alpha ape. The old bosses may be jealous of one another, but, barring the kind of double crossing that you get in John le Carré and Ross Thomas books, they insist on boundaries.

Power and position overcomes pieties and principles. You saw this in the last election, wherein the opposition party, while standing for upheaval and revolution in the name of justice and something they called equity, were all along conniving to keep the old order in place under the command of the boss least like anything they were talking about — not in gender, age, complexion, accent, religion, or ethno-racial origin.

Tennis tournaments by comparison are pure meritocracies. They proceed by elimination rounds; nonetheless, the usual pattern is to arrange the draw so that any young whippersnapper upstart with fancy ideas finds himself in competition with an old bull along the way to the top. Thus you end up with a final competition between two representatives of the established order, who have batted down the insurgents before the last round.

It did not happen this way at the Internationaux de France, aka the French Open, as two sensational up-and-comings, Alexander Zverev and Stefanos Tsitsipas, met in one semifinal, while two of the most successful tennis men of all time, Rafael Nadal and Novak Djokovic, were in the other slot.

The third party to the titanic trio of the past two decades, Roger Federer, earlier got through two rounds and then withdrew because, he said, he had to listen to his body, the knees of which have been surgically repaired, and save his strength for a competition in England, to which he is partial.

In other words the old guard depleted itself on the pretext that one of its members did not feel quite right. Say what you will about flexibility in labor relations; the fact remains that management came down like a ton of bricks on a young lady (who happens to be one of the two or three best players in her cohort) who asked a small favor on essentially the same pretext, listening to her body, in her case the mental part, which who is to say is any less important or fragile as knees? Naomi Osaka said she would rather not to talk to journalists during the tournament and asked to be exempted from this customary and contractual obligation.

Note in passing the guy running the tournament refused, in stating they were going to kick the girl out, to take any questions from journalists.

The arbitrariness, or “double standard,” was much commented upon but what seemed to be missing was any suggestion that apart from the privilege being given the aging white male (going on 40) from Basel, men and women might be differently constituted in their hearts and minds no less than in their bodies, and maybe, in fact, he should have been reprimanded while she should have been cuddled.

But faux pas come with the grounds, and the show continued, even as another high-seed young lady tripped while making her way to the required press conference and twisted an ankle so badly she had to withdraw. Did management reconsider what now seemed a perilous rule? You tell me, and this in the land of the chevalier Bayard and the musketeer d’Artagnan, who rescued damosels in distress.

The men’s semis were astonishing, however, even viewed from afar. Fighting back from a two-set hole — these are best of five matches, as required by one tradition they are still respecting in the Grand Slam circuit — the 24-year-old Zverev found his groundstroke power game and copied one of the 22-year-old Tsitsipas’s most successful tactics, his net game, and evened up the score. But his long-haired blond rival — they are both long-haired blonds, and, note, both have Russia in their backgrounds — toughed it out in the deciding fifth, 6-3, to the applause of the COVID-limited crowd at the Philippe Chatrier center court.

But speaking of courts, the refurbished Roland-Garros Stadium, site of the tournament, has a new court, named for French legend Simonne Mathieu, second only to Suzanne Lenglen in French feminine tennis glory and, like Roland Garros himself, a war hero, or heroine. Roland Garros was an aviator ace who went down in the last days of the Great War; Mme. Mathieu broke off from a tournament in New York when she heard the cannon booming — listening to her country’s pain, not her own — and made it to London, where she signed on with Gen. de Gaulle’s Free French. She was like Ilsa in Casablanca. No, Ilsa in Casablanca was like her!

The great team of Nicolas Mahut and Pierre-Hugues Herbert saved French honor by once again winning the men’s doubles trophy, and although French players male and female were all out of the singles draws by the second round, in boys juniors the tournament was all French by the semis, bringing hope for the future of the patrie des droits de l’homme. In this regard, Luca van Assche, the boy who eventually prevailed, is of Belgian–Italian background, as if to remind that the original European idea was focused on close cooperation between France, Belgium, the Rhineland, and northern Italy, the Lotharingia of old. But let us stay focused on tennis.

There could be no better choice for the tournament’s Cinderella than Barbora Krejčíková, the young (25 years of age) lady from Brno who already had two doubles championships at this tournament and, to make matters yet more happy, reached the final in doubles as well.

Miss K had to beat both American teen Coco Gauff and the Greek star Maria Sakkari and out-finessed these two powerful young ladies, who have fleet feet and groundstrokes like Triple-A fastballs.

Miss Krejčíková beat Anastasia Pavlyuchenkova in a nerve-wracking third set in the ladies’ singles final, wherein she had two championship points at 5-4 and double-faulted on the first one! And then she closed out! Mental power! And on Sunday she goes to work in the doubles final with sister-Czech Kateřina Siniaková, also 25, against Bethanie Mattek-Sands, the Minnesota mighty mite, twice a champion here in doubles, as well as in Melbourne and New York, who is playing with Warsaw’s Iga Swiatek, last year’s singles champ.

Miss Krejčíková says she just worked and worked and wanted to make it in singles as she had in doubles. That is the central European work ethic, also on display in the NBA, Mr. Pleszczynski reminds me.

Meanwhile, the showdown between the man of Manacor and the man of Belgrade happened, a beaut. Well, at least the third set was a beaut. From far away you can only catch so much, but it appeared to The American Spectator‘s observers that the third set was tennis immortality. Neck and neck, point for point, cross-court angles and hitting the lines, both mid-30s men were as good as they ever have been.

Which they must be, in order to win. Or to avoid losing. Which is the fiercer motivation, you can try to surmise, you cannot know for sure. Tsitsipas could not bear to be overtaken after leading two sets to love, and perhaps he thought losing this would be just too embarrassing. By contrast, Djokovic, having proven to himself in the second set that he could withstand the Nadal furia, saw a chance to win and went for it. He stuck to his game plan. The idea was to keep the ball in play until a drop shot was available with Nadal way behind a line. Nadal himself acknowledged that he was unable, after the first set, to get his rival “out of position,” which is also to admit his shots lost some of their accuracy and he could not hit the white chalk at will.

Nadal’s record at Roland-Garros is 105-3, 13 trophies. Djokovic, should he win on Sunday, will be a Slam trophy away from the 20 Nadal and Federer both own. Stats mean plenty, but maybe neither the old lions nor the young ones think of wins and losses, but only of the moment. If you have a way to tune in on Sunday to see the rock that is Novak Djokovic challenged by the ball of fire that is Stefanos Tsitsipas, whose net game is worthy of basketball choreography, give it the old look-see. It should be a fine contest.

It might even compare to the fascination that accompanied Djokovic–Nadal. It was so gripping that the French capital, nominally on curfew due to the waning health crisis, let the audience stay despite the evacuation rule. The officials officiously suspended it. There are no reports they sent an apology to Naomi Osaka for being rule-sticklers with her alone.