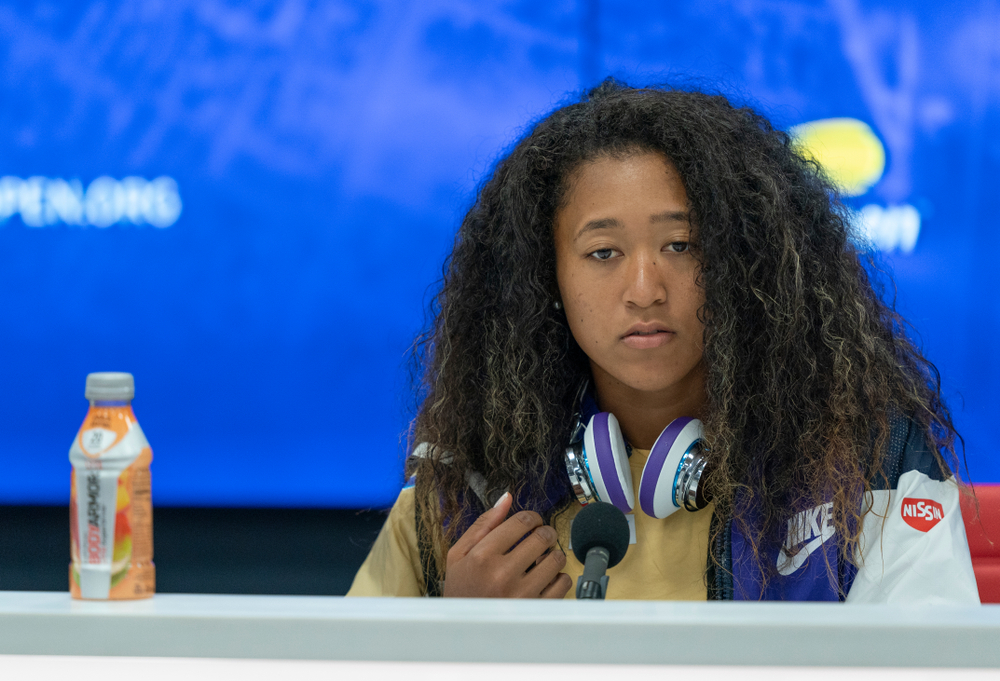 In many respects all is well that ends well in the world of professional tennis. The French Open, formally the Internationaux de France, played on the west side neighborhood near the Stade Français, a major football (soccer) venue, continues under azure skies. It has put the Naomi Osaka affaire behind and is moving on. Having been fined $15,000 for refusing to talk to the press and warned she might be defaulted out of the tournament, the world No. 2 left Roland-Garros after winning her first match, saying she did not want to distract from the competition.

She jumped, though not before they pushed. Did this put an end to the brouhaha or did they just kick it down the street? The street happens to be the Avenue Gordon Bennett, and would the great man, scion rather, of the New York Herald, have let it go as quickly as did the sports media?

Few remember, but Gordon Bennett was a Union naval officer and a famous yacht man; he won the first transatlantic race. He proposed to a fine and wealthy girl, not that he needed the money, but he ruined his prospects by urinating on her grand piano. He lived many years in France and published the Paris Herald in association with the New York Herald, founded by his father. After his death it became the Paris Herald-Tribune, in association with the New York Tribune.

He organized the first tennis tournament in the U.S., but given his eccentric behavior, he might have been tut-tutted, even fined, by the tennis establishment institutions. He was banned by a Newport club for riding his horse through the club room.

As the Civil War was over, Bennett won a yacht race to England — which, mind, many tennis players at the level we are talking about could afford to undertake, maybe even to sponsor. But the demands of the tennis tour leave them no time for such adventures. The tennis tour strives to control its contractors’ lives — the players — year-round. It tells them how many seconds they have to put the ball in play when they are on serve and clocks their bathroom breaks.

Miss Osaka did not want to participate in the contractually required press conferences (timed to the minute, by the way) because she is shy and she knows the questions lean toward the asinine. Someone asked Coco Gauff, the teenage phenom who is one of the bright stars on the American tennis firmament, if she thought it would be great to compete against Serena Williams “because you’re black.”

And how about the fellow who asked Serena Williams if she agreed with Donald Trump that she found Maria Sharapova’s physique intimidating? This was the editor of a tennis magazine, but make no mistake, the man is no Gene Scott, the late, great founder and editor of Tennis Week, sorely missed in these press-poor days.

Then there was the case of the New York Timesman who without evidence accused a television reporter — who had a decade’s experience covering all the majors — of insulting Venus Williams, ruining the reporter’s career.

To be fair, it was a Timesman (another one) who tried to write a fair and balanced piece about the Naomi Osaka matter, pointing out that she announced her press conference boycott peremptorily, causing the FFT (the French USTA) to react harshly when she did not respond to its efforts to reach her. He noted that there is an issue of fairness: after all, other players must put up with these exercises, and he recalled that Pete Sampras endured these conferences while hating them, especially in Paris, the one place where he could not win the major.

That is so, but Sampras is a man. Miss Osaka is a lady, a young lady. This should count for something. Gordon Bennett, shocking as his behavior could be, would surely understand that. And maybe therein lies the whole source of the problem, more fundamental even that the all-flattening big-corporate model they are applying to this, as other, sports.

But the show goes on. Coco Gauff and Serena Williams are into the second round, and the American hope Jenson Brooksby is out, beaten in straight sets by the marvelous Russo–Israeli–Russian (seems the man has gone back and forth) Aslan Karatsev. We shall see later in the week if our bench makes it into the round of 16 or even — hope springs eternal — the quarters.