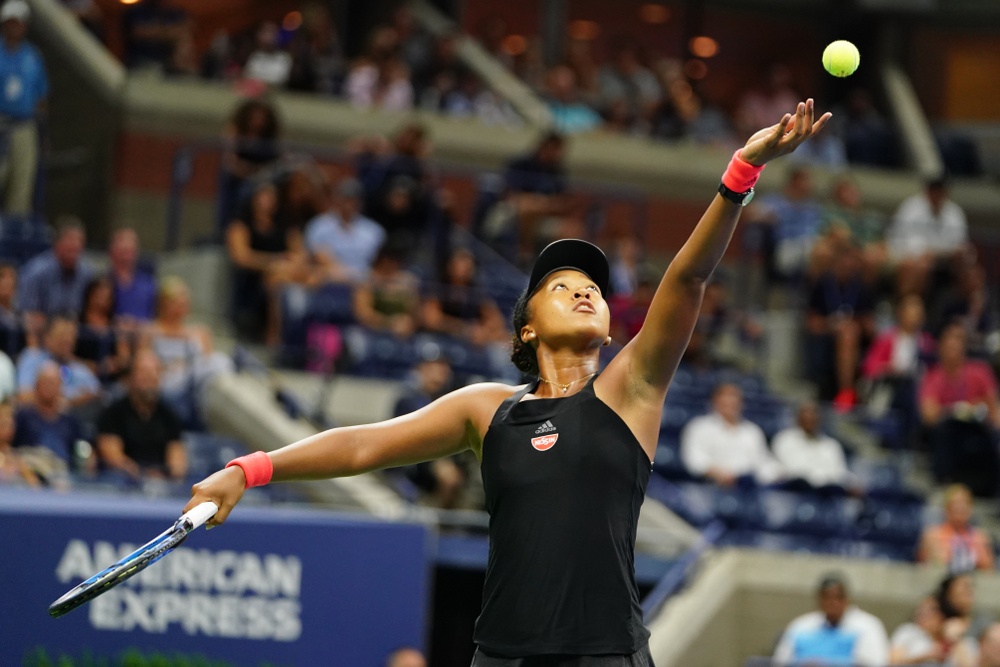 Naomi Osaka, world No. 2 on the women’s tennis tour and a high seed at the French Open, which began Sunday, beat Patricia Maria Tig to get through the first round and incurred a $15,000 fine for declining to attend the obligatory post-match press conference.

These windbag affairs are micromanagerial efforts by the tennis establishment’s big tamales that are lorded over the players and used to control the flow of information. Though the argument is made that press conferences help promote the sport, every player making an appearance seems to have been coached to say, “Well, I’m gon’ work harder and give it 110 percent!”

Miss Osaka’s position is that the press conferences are stressful and a threat to mental health. This is how she put it:

I’ve often felt that people have no regard for athletes’ mental health and this rings very true whenever I see a press conference or partake in one … We’re often sat there and asked questions that we’ve been asked multiple times before or asked questions that bring doubt into our minds and I’m just not going to subject myself to people that doubt me.

I’ve watched many clips of athletes breaking down after a loss in the press room and I know you have as well. I believe that whole situation is kicking a person while they’re down and I don’t understand the reasoning behind it.

Tennis is often described as a sport for head cases, so she may have a point. But the real issue is that there is no issue, other than the feudal officiousness of tennis establishment tamales. Journalists can seek interviews with players, and the latter can decide for themselves whom they want to talk with, when, and in what format.

As it happens, tournament conditions are seldom favorable to useful interviews. The mental and physical preparation is continuous, since tennis is a win-or-go-home format. There is no reason not to respect certain players’ preference to stay out of social and media contact for the duration.

The players’ organizations, ATP and WTA, evidently acquiesce in the tournaments’ insistence on post-match conferences, which is surely an argument in support of the new men’s players’ organization Novak Djokovic has called for. Players’ organizations are supposed to defend players’ best interests, and where is it written that it is in anyone’s interest to walk into a room full of nitwits and be tossed questions about how it feels to lose and do you think you are overrated, or what?

Mats Wilander, a former champion here and one of the more astute commentators on the sport, criticized Miss Osaka for not playing by the rules. True, contracts and all that. But labor contracts are often Band-Aids over latent conflicts, and sometimes ‘tis the better part of valor to break them and pay the price in order to get somewhere more sensible or fair.

Miss Osaka can afford the penalty, and she has already stated she would pay for her dissent — itself a valuable lesson to protesters such as those whom she perhaps unwisely supported indirectly last September when, as she played (and eventually won) the U.S. Open, she tolerated the presence of a friend in her team’s section wearing a down-with-the-police t-shirt — the very blues who make it possible for civilized activities like a tennis tournament to take place in peace and security in crime-spiking New York.

It may be recalled that the American indirectly responsible for building Roland-Garros (the French Open) was a rule-breaker of sorts. Bill Tilden, the greatest tennis player of the 1920s, was unable to secure the American team’s defense of the Davis Cup in 1927, against a French team that included the shrewd René Lacoste and the explosive Jean Borotra. For their title defense the following year, the French federation raised the cash to make a new place on the verdant west side of Paris, though a nice venue nearby called the Racing Club was available. They went for a new venue, giving it the name of an aviation pioneer killed in the Great War. The French Open is still there, with a recent expansion of the space, done at the expense of a unique horticultural garden next door, but that is another story.

Tilden, a product of old money and the Philadelphia Main Line and a rather old-school, prudish fellow who wore white flannels, was also a nonconformist. He was a writer, and he served some time on a morals rap. They kicked him out of clubs after that, banned him from tournaments. Later they softened a bit, and he died in his sneakers.

Yet he was one of the sport’s great students and innovators, and he covered the sport for the papers. Frankly, in terms of promoting the sport, writing for the papers is almost surely more effective – or at least it was when papers were papers – than sitting in a nitwit press conference for a predetermined and immutable number of minutes, answering questions by rote. But for this he was banned from amateur tennis. He became one of the pioneers of pro tennis, which in turn eventually led to the open tennis we now have.

Just sayin’, but so long as the French tennis federation folks inaugurated a statue of Rafael Nadal the other day, in recognition of the defending men’s champion going for his 14th trophy this year, they might consider putting one up for Big Bill Tilden.

And they might want to just let Naomi play her game.