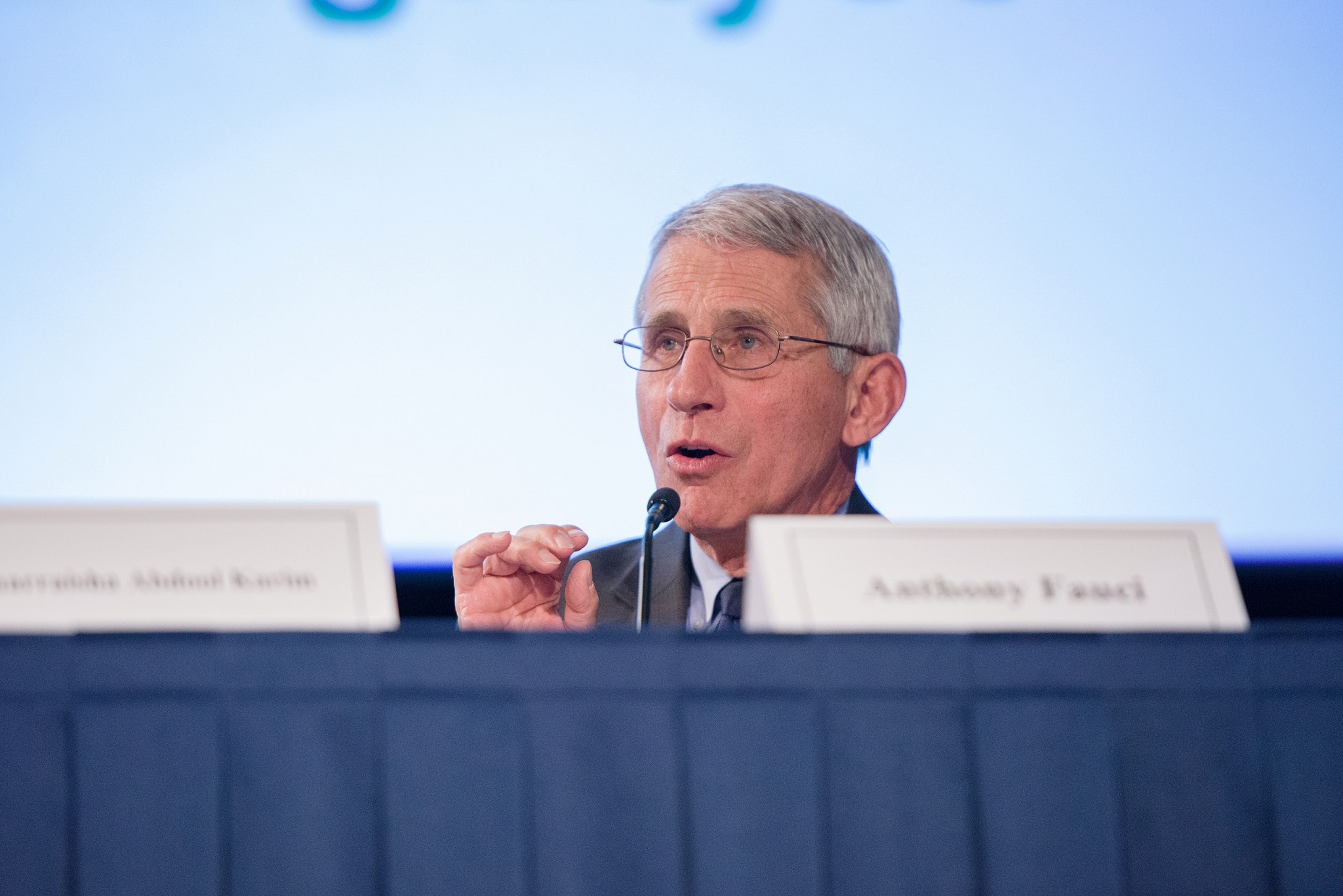 The researchers that the National Institutes of Health (NIH) bankrolled admitted in Nature Medicine that “to examine the emergence potential (that is, the potential to infect humans) of circulating bat CoVs, we built a chimeric virus encoding a novel, zoonotic CoV spike protein — from the RsSHC014-CoV sequence that was isolated from Chinese horseshoe bats — in the context of the SARS-CoV mouse-adapted backbone. The hybrid virus allowed us to evaluate the ability of the novel spike protein to cause disease independently of other necessary adaptive mutations in its natural backbone.”

They “built” a virus, huh? “Chimeric,” as in that monster made from different animals? You don’t say.

To a layman, published research that states in the first paragraph that “we generated and characterized a chimeric virus expressing the spike of bat coronavirus SHC014 in a mouse-adapted SARS-CoV backbone,” to discover viruses that “replicate efficiently in primary human airway cells and achieve in vitro titers equivalent to epidemic strains of SARS-CoV,” sounds like research of the type that federal law prohibits the NIH from supporting and an experiment of the type that likely led to the COVID-19 pandemic.

That Fauci funded these arrogant people and the general type of cavalier research that possibly unleashed the pandemic suddenly transforms his halo into more sinister-looking headwear.

When Sen. Rand Paul (R-Ky.) this week asserted what appears obvious to anyone who reads even the first few sentences of the journal article “A SARS-like cluster of circulating bat coronaviruses shows potential for human emergence,” Fauci visibly shook, said that his fellow medical doctor did not know what he was talking about, used hand gestures plagiarized from The Jerry Springer Show, and accused the senator of being a liar.

Doctors of a different sort call this last part projection.

The peer-reviewed paper clearly notes research conducted at the Wuhan Institute of Virology, lists “Bat Woman” Shi Zhengli as an author, and acknowledges funding from the NIH in several instances. “This paper has been reviewed by the funding agency, the NIH,” a note under the heading “Biosafety and biosecurity” explains. “Continuation of these studies was requested, and this has been approved by the NIH.”

Yes, the same NIH that hired Dr. Anthony Fauci 53 years ago and still employs him as its director of the National Institute of Allergy and Infectious Diseases.

Apart from the histrionics, Fauci invoked a straw man. He said of the Nature Medicine paper, “Those viruses are molecularly impossible to result in SARS CoV-2.” But neither Paul nor anybody else charged that those viruses in the funded experiment cited became the pandemic’s coronavirus. Fauci knew this. But damning facts made it necessary to change the subject in non sequitur fashion and respond to a charge wholly of Fauci’s own making. The real accusation, that the NIH funded gain-of-function research, appeared irrefutable.

On The View, Joy Behar characterized the exchange as between “a third-rate party hack” and “the most brilliant scientist,” Whoopi Goldberg called it “hysterical that he’s actually telling Fauci that there’s somebody lying and not pointing to himself,” Meghan McCain dodged the issue, Sunny Hostin called Paul’s antics a “misinformation campaign by the Right,” and Sara Haines cited the senator’s “misplaced rage.” MSNBC spliced the six-minute exchange into one minute on YouTube that deletes Paul’s points and includes only Fauci’s responses. On CNN, Jake Tapper called Paul’s accusations “misinformation” while stating, “I don’t want to get into the details of what Senator Paul was attacking there and all that.”

Washington Post columnist and CNN analyst Josh Rogin tweeted, “Hey guys, @RandPaul was right and Fauci was wrong. The NIH was funding gain of function research in Wuhan but NIH pretended it didn’t meet their ‘gain of function’ definition to avoid their own oversight mechanism. SorryNotSorry if that doesn’t fit your favorite narrative.”

Why the dramatics, table-turning, and straw men from Fauci?

The implications of Paul’s charge involve not just federal lawbreaking but possible culpability, on some level, in the outbreak of a pandemic that killed four million and counting. We do not know for sure whether or not COVID-19 came from nature or a lab, but its initial appearance in the very place known for risky experiments with infectious bat-borne diseases raises suspicions. More so does a U.S. intelligence report of three Wuhan lab workers becoming so ill in November 2019 as to require care, shocking footage of bats inside the Wuhan Institute of Virology contradicting the group’s denials, the peculiar genetic fingerprint of the virus, and the destruction of the virus’s sequencing by order of the Chinese government. That Fauci funded these arrogant people and the general type of cavalier research that possibly unleashed the pandemic suddenly transforms his halo into more sinister-looking headwear. Fauci stonewalls for this reason.

Anthony Fauci appears as the personification of the federal government in that, like the many programs of the latter, the worse he performs the more the public entrusts to him. The United States experienced some of the worst COVID-19 outcomes in the world in terms of infections and deaths. But the media kept telling us, even as they kept a ghoulish death count on the chyron, how he saved lives.

Like the other early pandemic hero, New York Gov. Andrew Cuomo, Fauci now looks more like a goat. Too many invested too much in his sainthood status to admit his flaws because it really means admitting their own. Using U.S. tax dollars to subsidize not just the Wuhan lab’s work but the type of risky research that, in a presumably non-U.S.-subsidized, separate experiment, possibly led to the outbreak and then reflexively denying it seems the modus operandi of a power-without-responsibility bureaucrat.

Paul requesting a Department of Justice criminal referral on Fauci seems a fool’s errand. He likely never reorients the court of public opinion to bring these misdeeds to a court of law. But Kentucky’s junior senator this week left crumb trails to the real record — the NIH paid for the kind of gain-of-function research in Wuhan that in another experiment caused all these unnecessary deaths — for anyone who cares to look.

Presumably some historians, once the passions cool, care to look.