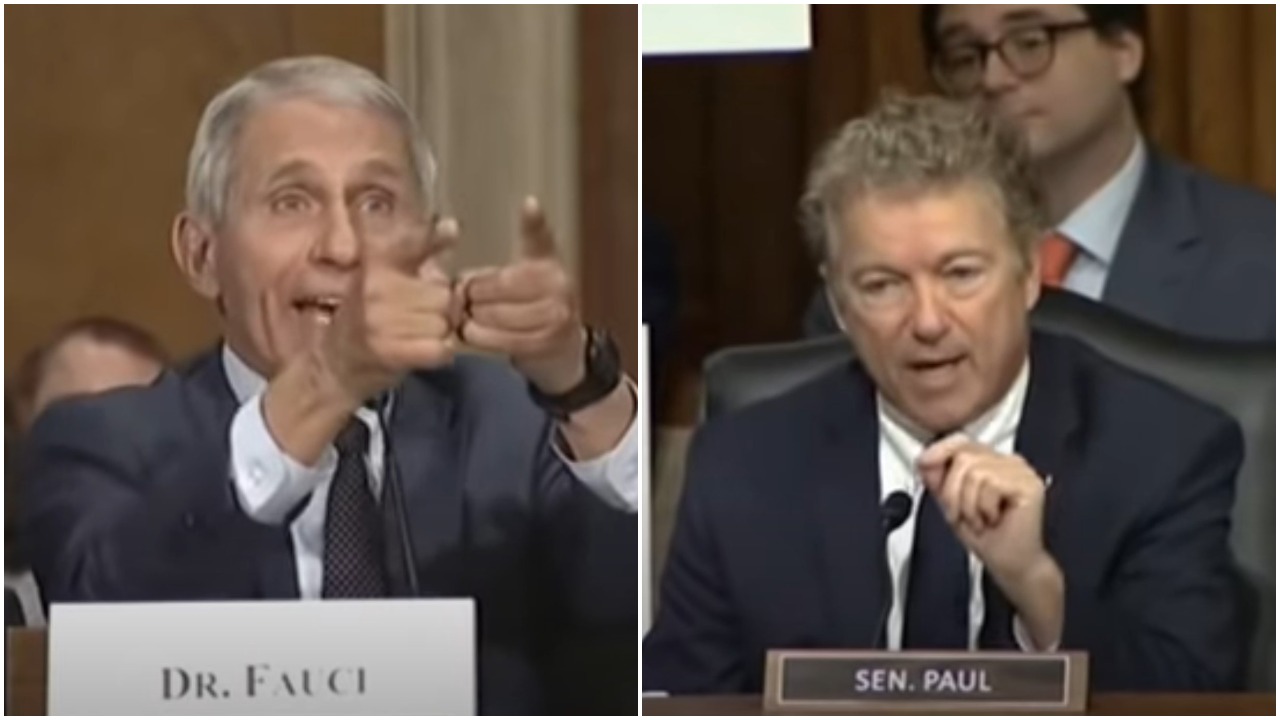 During a Senate Health Committee hearing, Paul interrogated Fauci on his past testimony over whether or not the United States funded gain-of-function research in the Wuhan Institute of Virology.

Paul argued that a 2015 paper co-authored by Dr. Shi Zhengli, a researcher at the Wuhan lab, proved that gain-of-function experiments (where researchers improve the lethality or transmissibility of pathogens) were conducted in the lab.

To support his argument, Paul referenced a paper by Dr. Richard Ebright, a Rutgers University molecular biologist, which says that the Wuhan lab partook in the textbook definition of gain-of-function experimentation with the financial support of the National Institutes of Health. (The NIAID is an institute of the NIH.) Paul noted that lying under oath to Congress is a felony and asked the doctor if he wished to retract his May 11 statement that the NIH did not fund the Wuhan lab’s gain-of-function research.

Fauci refused to denounce his comments and instead suggested such research is not gain-of-function. Fauci asserted that Paul does “not know what [he’s] talking about” and that it is “molecularly impossible” for the viruses used in the lab’s experiments to have resulted in the coronavirus pandemic.

Paul quickly interrupted, clarifying his allegation only concerns NIH funding of the lab and the lab’s involvement in gain-of-function research.

“You can’t get away from it, it meets your definition, and you are obfuscating the truth,” Paul fired back.

Fauci responded by pointing at Paul and yelling, “You are implying that what we did resulted in the deaths of individuals. I totally resent that, and if anyone is lying here, senator, it is you!”

The two feuding officials’ heated exchange marks the newest installment of their continued debate over Fauci’s emails, COVID vaccines, the Wuhan lab’s allegedly dangerous experiments, and the U.S.’s potential monetary involvement in them.

Just hours after the hearing, Paul revealed to Fox News’s Sean Hannity that he will ask the Department of Justice for a criminal referral since he believes Fauci lied to Congress. A criminal referral essentially recommends a prosecutory body to investigate a potential crime.

“We have scientists that were lined up by the dozens to say that the research he was funding was gain-of-function,” Paul said. “He’s doing this because he has a self interest to cover his tracks and to cover his connection to Wuhan lab.”

In 2012, Fauci said that the benefits of gain-of-function research outweigh the risks.