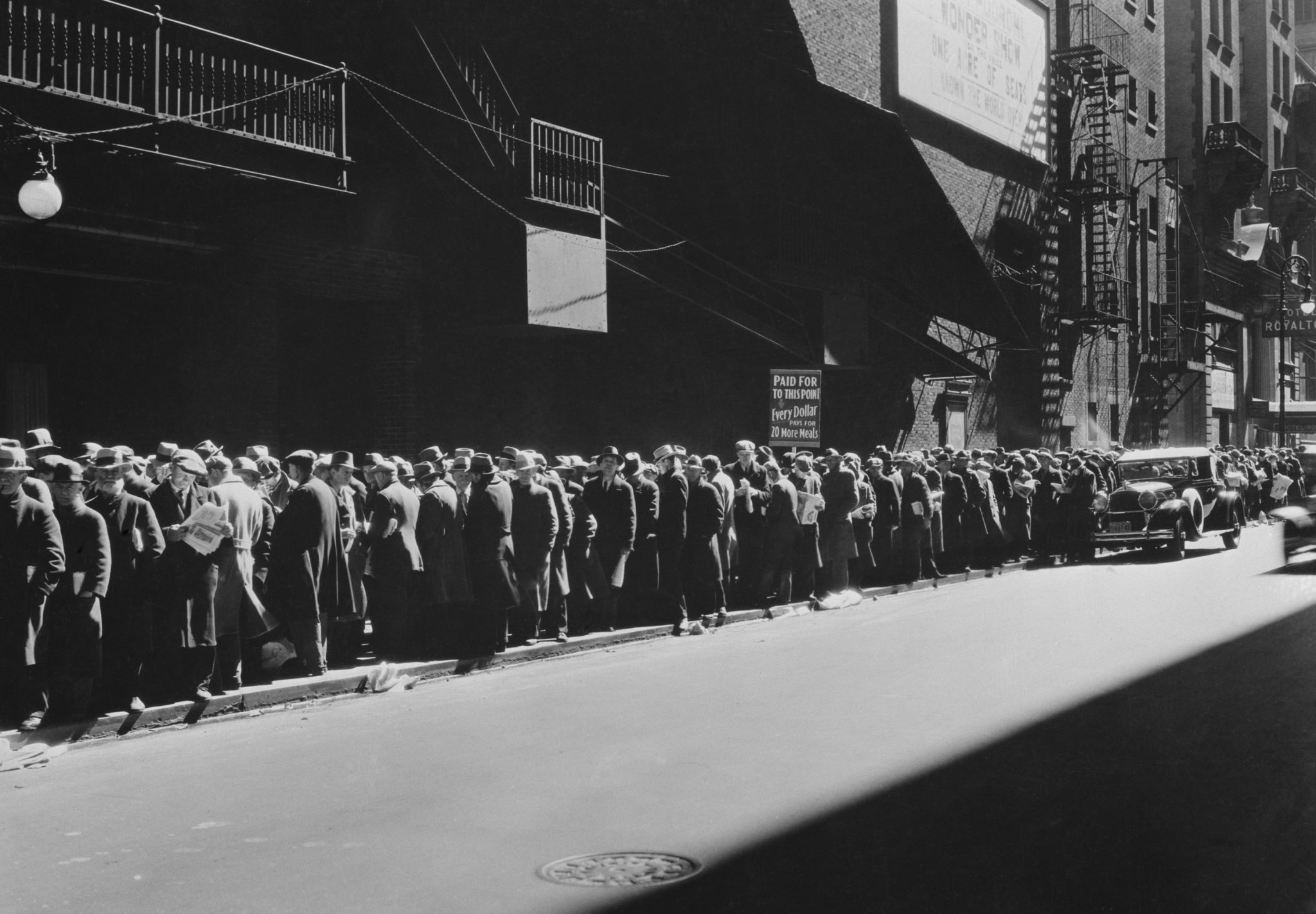 The 1930s were a public health disaster.

It is true that in that troubled decade, death from infectious disease was far less than it had been in the great Spanish flu pandemic of 1918. Infectious disease wasn’t the main vector along which that disaster rolled out, despite the unnumbered people who succumbed to typhus and other such ghastly cohorts of war.

The worldwide economic collapse of the Thirties had its primary effect in providing the moist and fertile ground for the flourishing of political movements that caused more death and destruction than had ever been known.

It is easy to see how the economic collapse shortened lives through hunger and malnutrition, sometimes even starvation. It was the cause of despondency and suicide. It lessened people’s ability to take care of their health, and it added tremendous stress to millions of lives that had become severely insecure.

But the deadliest effect of the crash was the supercharge it gave to totalitarian movements all around the globe.

Collapse has a long history of siring malignant reactions. When the civilization has been unable to stave off ruin, people look beyond that which is civilized to make sense of their situation.

For instance, during the years of the Black Death, when historians estimate a full third of the population of Europe was wiped out, and when life came to a standstill, a common reaction was to explain the woe by a conspiracy theory — the Jews had poisoned the wells.

This deadly fantasy crystallized the anger and despair of a civilization that had not protected itself from disaster. James Carroll described the shape this vicious fantasy took:

A cabal … of Iberian Jews was the supplier of poison to Jewish agents elsewhere in Europe — a first international conspiracy. Jews in Geneva, under torture, confessed that the rumor was true, which was all it took.

Anti-Jewish rioting started in the Rhineland, killing over 10,000 in Mainz alone, and then went in all directions all throughout Europe, save only in the papal city of Avignon, where the pope offered his protection. By the end, there were very few Jewish survivors in all of what today are Germany, Holland, and Belgium.

Pope Clement VI pointed out the obvious at the time: the Jews were dying of the plague like everyone else. It made little difference.

Shortly after World War II, Albert Camus wrote his novel The Plague. Although the story is on the surface about how a deadly infectious plague hit French Morocco, the novel is a deep meditation on the deadly contagion of Nazism, from the world had only recently been redeemed at the cost of staggering amounts of blood and treasure. As the Black Death had wiped out a third of Europe’s population, so too the Nazi plague wiped out a third of the world’s Jews, aside from the many millions more of other peoples in every land that felt their scourge.

But Nazism was not the only contagion empowered by the collapse of the Thirties. Stalin’s terror reached its high point then, from which it receded only slightly in his lifetime. The deliberate starvation of the small farmers of the Ukraine took millions of lives, and the empire of Gulag, the slave labor camps that sprawled across Siberia and Kazakhstan, murdered millions more and mutilated the lives and psyches of millions of others who physically survived. Add to that the millions of Chinese murdered by the Japanese army in its seemingly endless invasion, and then all the battle casualties of World War II, plus the civilian casualties then have not yet been alluded to; then figure in all who died and suffered because of the need to send resources of all sorts — food, medicine, clothing, and more — to the fighting troops first.

The great religious tradition that springs from Scripture teaches that each soul has infinite value and no life is negligible or fungible. Yet when we forge public policy and engage in the politics necessary for governance, we do not have infinite resources or infinite knowledge by which we can miraculously give every soul all that it may very well deserve in God’s eyes. We must evaluate the various threats that confront us and prioritize our concerns. We dare not lose sight of a looming danger in search of an unattainable perfection in dealing with another threat.

The war simile is often used today to describe the fight against COVID-19, and appropriately so. If a general concentrates entirely on one enemy force but ignores another hostile army, it might be part of a brilliant strategy calling to mind Stonewall Jackson or Napoleon in their most famous fights, or it could be like the nightmare that befell a divided and overextended American army in North Korea as the winter of late 1950 roared in.

Let us not be blindered to dealing with all the forces that threaten us. The danger of an economic collapse is no trifle. The death and misery that flowed from the 1930s is still unparalleled. No wise counsel could discount the danger of opening the door to anything even close to such a collapse.