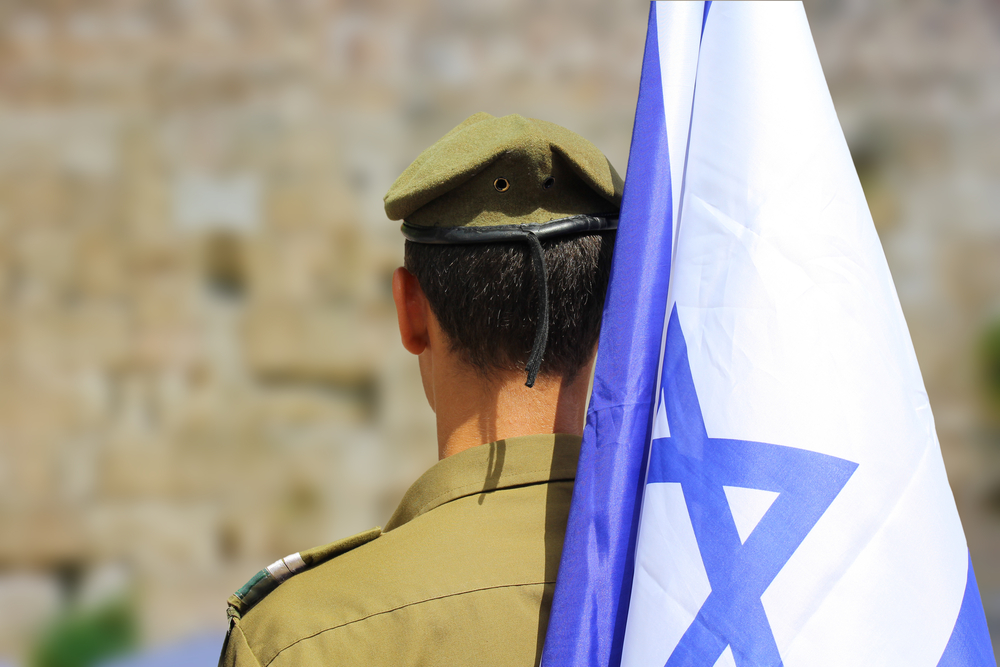 Also last week, former CIA Director John Brennan took to Twitter in a diatribe against Israel (or was it the Jews?):

I always found it difficult to fathom how a nation of people deeply scarred by a history replete with prejudice, religious persecution, & unspeakable violence perpetrated against them would not be the empathetic champions of those whose rights & freedoms are still abridged.

In his sanctimony, Brennan of course won’t concern himself with the at least eight times Arab/Palestinian leadership denied the Palestinians a state, nor the jihadi, anti-Semitic, and anti-Israel nature of Palestinian nationalism itself. Pfft, details.

These recent statements, and others below, should dispel any remaining notion that support for Israel still has wide bipartisan support. Recent Democrat statements on COVID-19 aid to the Palestinians, financial support to the Palestinians and Israel, and opposition to Israeli sovereignty in Judea and Samaria do not bode well for the future of the US–Israeli strategic partnership.

The currently circulating claim that Israel is not vaccinating Palestinians is a complete canard and smear campaign against Israel. Not only do the Oslo Accords place the Palestinian Authority (PA) in charge of the health and welfare of the Palestinians, but Israel (and the UAE) tried several times to provide COVID-19 aid to the PA. The PA of course refused all this and instead launched a defamatory campaign against Israel and the Jews for spreading COVID-19.

Rather than calling on the PA to order and disburse vaccine just like any government should, multiple Democrats give it a pass, and portray Israel as the perp. In April, Sens. Bernie Sanders (I-Vt.) and Elizabeth Warren (D-Mass.) called on Israel to do more to vaccinate the Palestinians. In late March, the Biden administration announced that it would provide the Palestinians with $15 million in humanitarian assistance to address the COVID-19 pandemic and food insecurity through the U.S. Agency for International Development (USAID). In mid-March, 17 House Democrats, including Reps. Ilhan Omar (D-Minn.) and Rashida Tlaib (D-Mich.), wrote a letter to Secretary of State Antony Blinken calling on the State Department to pressure Israel to vaccinate the Palestinians.

In February, during the height of the narrative that Israel was not vaccinating Palestinians, House Speaker Nancy Pelosi (D-Calif.) emphasized that she spoke with Israeli Prime Minister Benjamin Netanyahu about Israel’s COVID response. That same month, Secretary of State Blinken reportedly pressured Netanyahu to order thousands of doses of COVID-19 vaccine for the Palestinians. A day later, Bernie Sanders criticized Israel for its COVID response in regard to the Palestinians. In January, Democratic Reps. Jamaal Bowman (N.Y.), Joaquin Castro (Texas), Marie Newman (D-Ill.), and Tlaib, along with Sen. Tim Kaine (D-Va.), condemned Israel for not vaccinating Palestinians.

The Biden administration seems quite eager to provide no-strings-attached, terror-enabling aid to the Palestinians. While news from the PA indicates that the Biden administration is pressuring the PA to give up financial support for terrorism, American and Israeli sources paint a different picture, and the PA of course consistently refuses to play ball.

In April, the Biden administration insisted that it can provide aid to the PA without violating the Taylor Force Act. Congress had passed this act to ensure that U.S. taxpayer money wasn’t funding Palestinian terrorism in a “pay to slay” scheme, given that the Palestinian Authority financially rewards terrorists and their relatives by paying them directly. The Trump administration, on the other hand, had supported the Taylor Force Act. The Trump administration had cut $200 million in aid to the Palestinians in 2018, as it wanted to “ensure these funds are spent in accordance with U.S. national interests and provide value to the U.S. taxpayer.” Congressional Republicans have currently issued an “info hold” on $75 million that the Biden administration planned to give to the Palestinians, saying that this aid is being given without concessions and that the PA still pays terrorist salaries. The Biden administration, on the other hand, has of yet only advocated for cosmetic changes to the “pay to slay” model.

Last week, 20 Republican senators sent a letter to Blinken arguing against refunding the United Nations Relief and Works Agency for Palestine Refugees in the Near East (UNRWA) and highlighted concessions that should be secured prior to restoring UNRWA funding. The Trump administration had ceased funding UNRWA in 2018. UNRWA facilities have sheltered Hamas’ weapons, the agency has employed Hamas members, and its textbooks are anti-Israel and anti-Semitic. Funding UNRWA is funding Hamas and its worldview.

The $235 million package to the Palestinians will also include $10 million for peace-building programs through the United States Agency for International Development (USAID), which was also forecasted in the leaked memo. These funds, like the UNRWA funds, will likely be used against Israel. Given that the Senate just confirmed Samantha Power to head the USAID, she will now have $10 million to spend on her hostile anti-Israel positions.

While eager to give money to the Palestinians with no strings attached, an increasing number of Democrats want to “condition” or even “restrict” aid to Israel. At J Street’s recent conference, Sanders and Warren endorsed “restricting” U.S. aid to Israel. Earlier, Rep. Betty McCollum (D-Minn.), who is now the chair of the defense subcommittee of the House Appropriations Committee, introduced a bill with 15 co-sponsors, including Reps. Omar, Tlaib, Bowman, and Alexandria Ocasio-Cortez, that would place restrictions on U.S. aid to Israel. The legislation is sponsored by groups such as the American Muslims for Palestine, CODEPINK, Council on American-Islamic Relations (CAIR), and IfNotNow.

Lastly, Israel has a legitimate claim to Judea and Samaria and thus a right to exert its sovereignty in this territory should it choose to. The Trump administration recognized this and was prepared to allow Israel to do so on approximately 30 percent of Judea and Samaria in the event of a peace deal with the Palestinians.

In contrast, Democratic leadership, most of whom trumpet themselves as pro-Israel leaders, deny this right to Israel. Senate Majority Leader Chuck Schumer (N.Y.), Robert Menendez (N.J.), and Ben Cardin (Md.) have all stated opposition to Israel’s right to annex parts of Judea and Samaria. So did Pelosi, who did so at least twice in response to the Abraham Accords. Rep. Gregory Meeks (N.Y.), now the chair of the House Committee on Foreign Relations, called annexation “an anathema to the two-state solution.” In 2020, at least 28 of the 47 Senate Democrats opposed annexation. After Pompeo in late 2019 declared that Israeli “settlement” building did not violate international law, 107 House Democrats, including Majority Whip Jim Clyburn (S.C.), wrote a letter to him in opposition.

The Democrats under the Biden administration have moved further away from valuing the strategic partnership with Israel. Hostile, and at times defamatory, rhetoric against Israel is the latest in icing out the country, as well as Saudi Arabia and the UAE, from any semblance of prudent U.S. foreign policy. Appeasement to Iran and the Palestinian Authority remains in fashion.