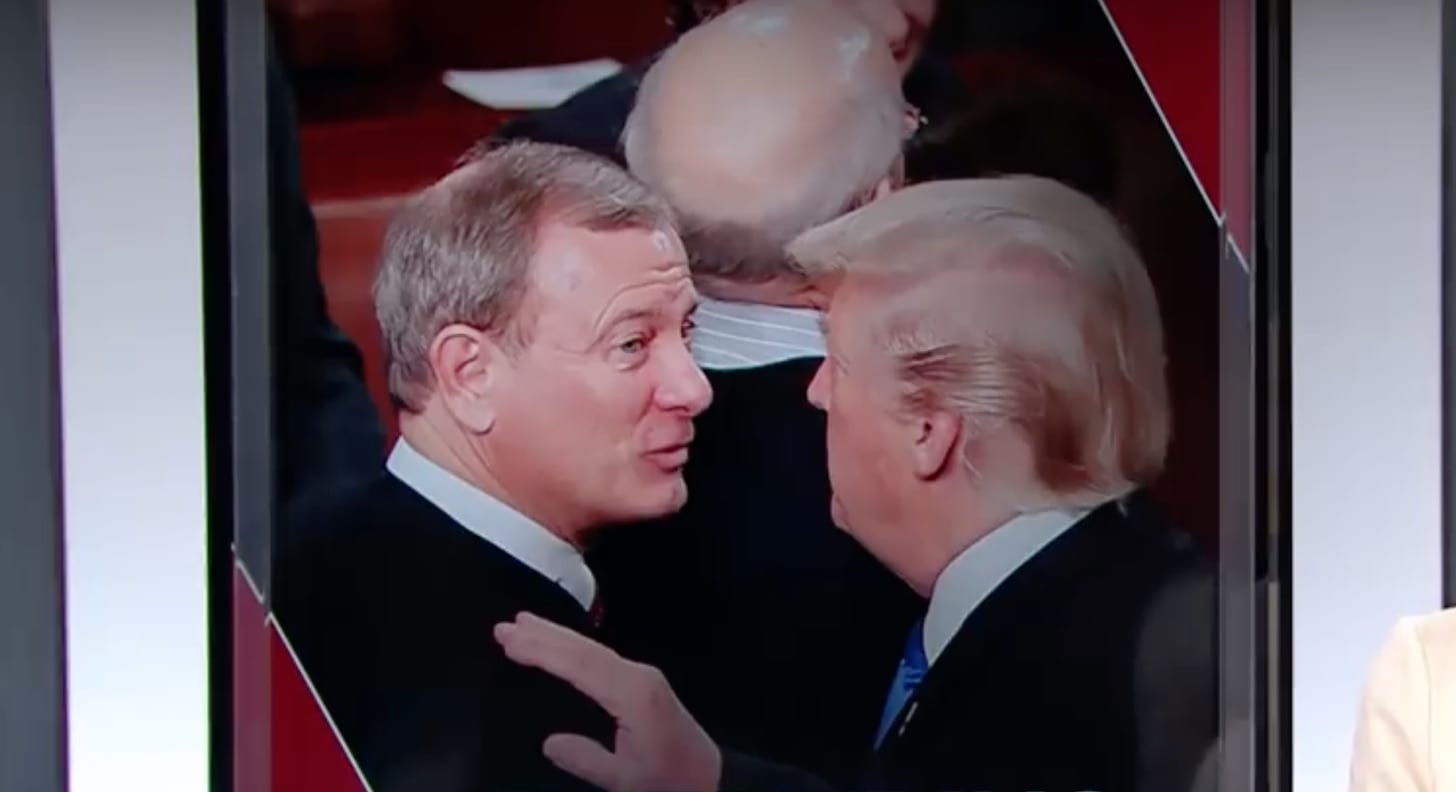 Whatever its legal merit or lack thereof, the upcoming impeachment trial in the Senate is a political show trial that is intended to affect the upcoming presidential election for sure. So let’s consider the political implications, not the legal merits.

The latest news is that the Republican leadership is thinking about trying to vote to acquit President Trump without a trial or hearing any witnesses. That has never been done, but it would be a smart move politically. Despite the president’s statements that he wants a full trial in the Senate, an impeachment trial is unlikely to help President Trump win reelection. How a Senate trial will come across to the public will depend on which evidence Chief Justice John Roberts allows and which he excludes. Most of the evidence that the Democrats want to admit could probably be presented, but a lot of the most important evidence that the Republicans want to present probably would not be allowed. Those who think that the Republicans can turn the tables on the Democrats and put Hunter Biden and FBI surveillance of the Trump campaign on trial in the Senate are probably sadly mistaken.

Article I, Section 3, clause 6 of the Constitution provides that the chief justice of the United States shall preside during an impeachment trial of the president, but the Constitution does not specify what rules govern what may be admitted into evidence. In one precedent, the impeachment trial of Federal Judge James Peck in 1831, the Senate decided that the same strict rules of evidence that are used in criminal trials in court should also apply in impeachments, and in particular that any evidence must be “relevant” to the charges alleged as the basis for impeachment.

Chief Justice Roberts never served as a trial judge, so there is no track record on which to base predictions as to how he will rule. It isn’t even certain what law he will apply. Until relatively recently, what evidence could be introduced in court was governed by the common law, which means judges apply and reinterpret precedents as they go along. But in 1975, the Federal Rules of Evidence were adopted to govern trials in federal trial courts. Technically, they do not apply to impeachment trials in the Senate, but it is a good bet that Chief Justice Roberts will turn to them for guidance anyway. If he does, that’s generally good for the Democrats and bad for the Republicans. The Federal Rules of Evidence were adopted when it was fashionable to do away with “technicalities”; their general philosophy is to allow evidence to be admitted for whatever weight it deserves, but only if it is “relevant” to the issues.

The Republicans have been arguing that much of the evidence against the president is “hearsay,” which means that the people testifying did not observe something directly but only heard about it secondhand.

Historically, hearsay was generally not admissible for the truth of its contents because it was felt to be unreliable and because the person who actually heard or saw the events in question was not subject to cross-examination. Today, however, the rule against admitting hearsay is “riddled with exceptions,” as Stanford Law Professor David Alan Sklansky rightly observes.

The Federal Rules of Evidence are particularly weak on excluding hearsay. Rule 803(8)(a)(ii) provides a broad exception for “public records,” which are defined as “a record or statement of a public office if … it sets out … a matter observed while under a legal duty to report.” This almost certainly will be interpreted to allow the memorandum of conversation, a.k.a. the “transcript,” of President Trump’s call with the president of Ukraine to be admitted; query, however, whether or not it might not also be interpreted to allow into evidence various other memos and notes sent by officials to one another interpreting what the president’s intentions and motivations were in asking the Ukrainians to investigate the Bidens.

Even if that exception does not apply, the Federal Rules of Evidence also include a very broad “residual exception” that allows hearsay to be admitted even if it doesn’t come within one of the recognized exceptions if

the statement is supported by sufficient guarantees of trustworthiness — after considering the totality of circumstances under which it was made and evidence, if any, corroborating the statement; and it is more probative on the point for which it is offered than any other evidence that the proponent can obtain through reasonable efforts.

That’s broad enough that it could conceivably cover almost everything that the Democrats want to get in about how to interpret the call with the president of Ukraine, depending upon how Chief Justice Roberts applies vague concepts such as “sufficient guarantees of trustworthiness” and “corroborating” circumstances.

On the other hand, the Federal Rules of Evidence are relatively strict on the materials that the Republicans want to get into evidence, such as the history of Hunter Biden’s dealings with Burisma or the FBI surveillance aka “spying” on the 2016 Trump campaign. The general philosophy of the Federal Rules of Evidence is that litigants should not be allowed to waste the court’s time on matters that are not strictly “relevant” to the issues being tried. The general definition of relevant evidence in the Federal Rules of Evidence is anything that “has any tendency to make a fact more or less probable than it would be without the evidence; and the fact is of consequence in determining the action.” The Democrats will undoubtedly argue, as they did successfully in the intelligence committee hearings, that testimony about the Bidens is not “of consequence in determining the action” of whether or not to impeach the president and should therefore be excluded. That ruling would also arguably be supported by the 1831 Senate precedent in Judge Peck’s case, which also held that, to be admitted, evidence had to be relevant to the grounds alleged for impeachment. Moreover, even if evidence is deemed marginally relevant, it can also be excluded under the Federal Rules of Evidence for “confusing the issues, … undue delay, [or] wasting time.”

The impeachment of a president is not a criminal trial, and if I were presiding, I’d allow latitude to explore the president’s mental state and reasons for uttering these words in his call with the Ukrainian president:

Rightly or wrongly, what was in the president’s mind when he uttered those fateful few words is the key issue in the impeachment charges as framed by the House. Was his motivation to “dig up dirt” on a political opponent, a legitimate request to enforce the law and weed out corruption, or both? The president and his supporters deserve every opportunity to put his words in context and to explain what he intended. But how Chief Justice Roberts will rule on that remains a mystery, and whether his rulings will be upheld or overturned by a majority of the Senate is also unclear.

The chief justice will rule in the first instance on objections to testimony or documents offered in evidence, but his rulings may be overruled by a majority of the Senate, where the Republicans hold a slim 53-47 majority. This means that the Republicans can only lose two votes and still overrule the chief justice’s evidentiary rulings. Unless they pick up some votes from Democratic senators, which seems unlikely, losing two votes results in a 51-49 majority, which would overrule the chief justice’s ruling. But lose one more, and a 50-50 tie vote would mean that the chief justice’s ruling stands. Unlike ordinary legislation, on which Vice President Mike Pence can vote to break a tie in the Senate, the vice president plays no role in the impeachment of a president.

The Republicans’ vote margin is much wider on removing the president from office. On that, two-thirds of the Senate, 67 votes, are required. This supermajority vote requirement for removal means that the legal result of an impeachment trial is not in doubt; barring any major unforeseen developments, the president is certain to be acquitted by the Senate and to remain in office. The political result of the impeachment trial, and its effect on the November elections, is far less certain, however, and will depend on how Chief Justice Roberts rules on objections to admitting certain kinds of evidence and whether or not a majority of the Senate overrules him.

If I were advising the president, I would counsel him to listen to Mitch McConnell and opt for a summary acquittal rather than take the risk of a Senate trial with Chief Justice Roberts presiding, which will affect the election.