by Steven Greenhut
Wildland Firefighters on the scene of the Cabrillo Fire near Butano State Park in October 2019 (Santa Cruz Films/Shutterstock.com) 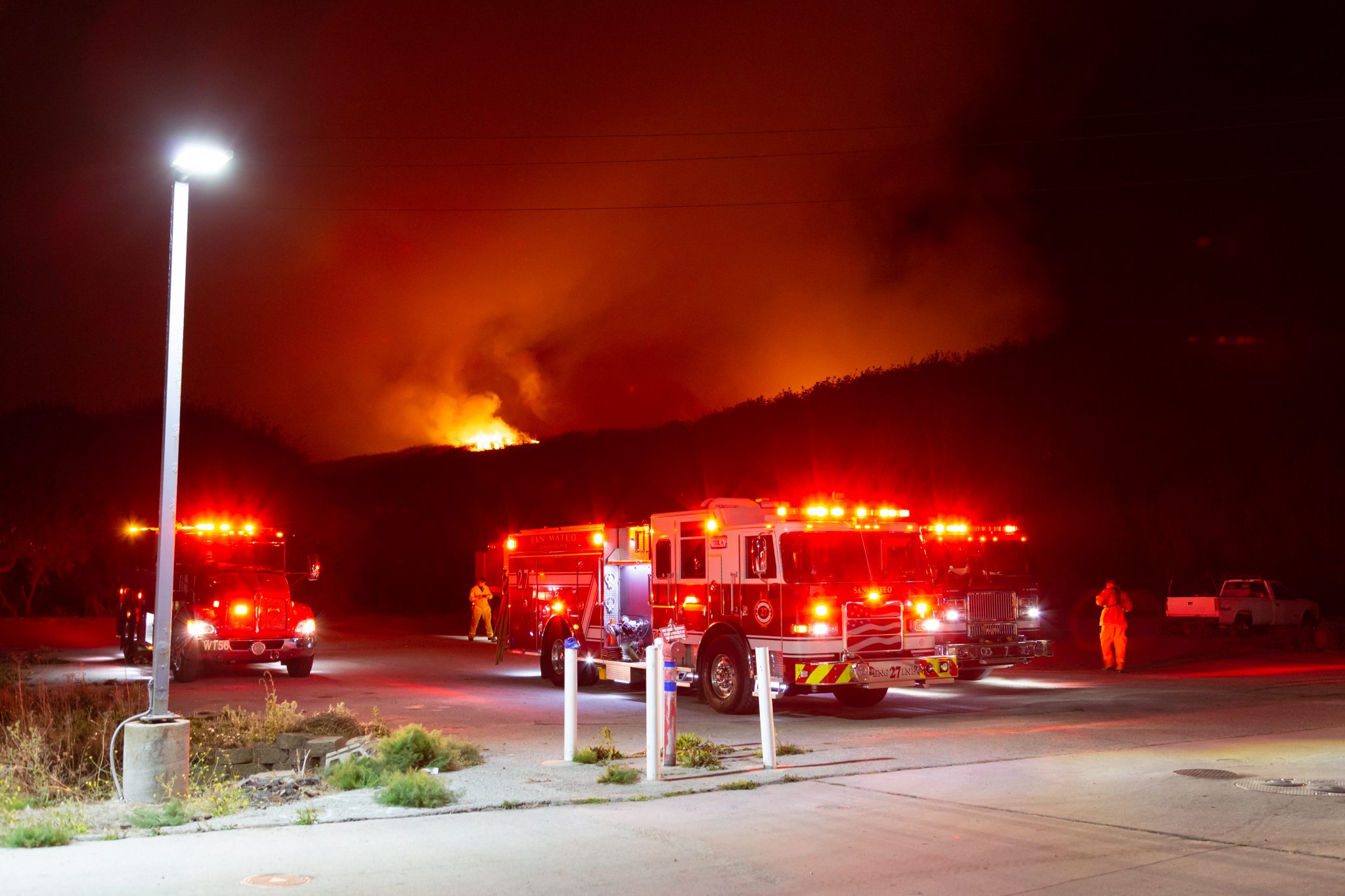 After yet another rough wildfire season, it’s hard to say no to pretty much anything that California’s firefighters and their unions demand — for instance, Gov. Gavin Newsom’s latest budget calls for an extra $2 billion a year to hire 555 new state firefighters over the next five years. If anyone in the state Capitol opposes or seriously questions such an expenditure, I’ll likely suffer a seizure.

Even after three firetrucks with nine $200,000-a-year emergency-medical technicians show up to tend to my ailment, few lawmakers will understand the reason the state can’t afford more firefighters. California governments — at the state, county, and local level — have decided to make all firefighters and EMTs virtual multimillionaires. (One would need several million dollars in the bank to receive the lifetime pensions these public servants are guaranteed.)

By choosing to pay firefighters such lush compensation, municipalities obviously have less money to hire more of them. Local governments are the worst offenders, yet most municipal officials can’t figure out why public-safety costs are on track to eventually consume their general fund. It’s far easier to have the governor tap more state money than it is to reform the pension system or the union featherbedding schemes that gin up unnecessarily high costs.

Transparent California’s policy director Robert Fellner told me that the average pay for a firefighter (including all categories, except support staff) at the Orange County Fire Authority is above $180,000 a year and tops $284,000 a year when everything (overtime, pensions, medical care, and other costs to the employer) are included in the mix. Not bad work if you can get it — and don’t try, given the enormously long lines of applicants.

Overtime typically boosts normal-sounding salaries ($90,000 or so) into the stratosphere. Firefighter unions would like you to believe this mainly is from long hours spent fighting those treacherous wildfires, but that’s not really the situation. Firefighters typically work only a few days every two weeks. They are paid to be on call, even while sleeping. The system is designed to keep the base pay relatively low but to drive it up with overtime.

I’d encourage readers to peruse the Transparent California database of public-employee compensation to understand how it works. For instance, it shows plenty of firefighters who more than tripled their base pay with overtime. Throw in pension costs (including the unfunded portion of them), other special pay, and benefits, and compensation packages often soar above $500,000. The database includes page after page of various firefighting categories in which total compensation packages are totally unbelievable. When I mention some of these pay levels, people simply don’t believe them.

Media reports rarely mention this aspect of the firefighting budget crunch. In a column in the Los Angeles Daily News, Fellner pointed to recent news articles tying soaring overtime costs to the wildfires: “In fact, soaring overtime pay for Los Angeles firefighters has been an issue for at least the past 25 years, and for reasons entirely unrelated to wildfires.”

Most overtime “is not used for fires or other emergencies, but instead goes toward replacing those out on paid leave,” he added. For comparison’s sake, Fellner noted that a 2009 news report “found that Los Angeles firefighter averaged up to six times more overtime pay than their counterparts in Houston and Chicago” and that “excessive overtime pay is driven almost entirely by scheduling and minimum staffing requirements,” including sending fire trucks for ambulance calls.

Newsom played into the union fiction that the state suffers a shortage of firefighters. But there are still thousands of qualified applicants for every job opening. And why wouldn’t there be, given the huge compensation packages? I live in a district with a volunteer fire department. Indeed, 65 percent of firefighters nationwide are volunteers. The problem isn’t that people don’t want to take jobs that can pay more than $300,000 a year, but that California governments have burned through their budgets and don’t have enough money left to hire more of them.

Faced with looming budget catastrophes, a handful of local governments are coming up with creative ways to reform their firefighting systems. More than 80 percent (and sometimes more than 90 percent) of fire calls are for paramedic services. The city of Placentia, in Orange County, recently approved a plan to leave the Orange County Fire Authority and create its own fire department. Basically, the plan would outsource these paramedic calls to a private ambulance service and provide a 401K-style retirement plan for their new city firefighters.

The Riverside County city of Calimesa approved a similar idea last year, and firefighter unions have behaved as if the world is going to end. But cities that adopt these sensible policies will still provide top-notch fire and EMT services. They might even get better. Placentia officials, for instance, believe they can improve current response times as they save an estimated $28 million over the next decade.

In Placentia, firefighter costs have soared nearly 47 percent over the past decade, while police services have dropped by around 10 percent and general-fund costs have increased nearly 13 percent. Something has to be done to rein in costs that are outpacing other budget expenditures.

The state’s Democrats have indeed been controlled by public-employee unions and are clearly the biggest culprits, but firefighters (and police and prison guards, to a lesser degree) have been able to bust state and local budgets because both parties refuse to stand up to the state’s public-safety unions.

Senate Bill 400, which sparked a 50-percent retroactive pension-hiking bonanza across the state, was an entirely bipartisan feeding frenzy. The current financial mess is the result of the outsized power of public-safety unions. Unions typically are the biggest player on city councils, and few candidates can win if they don’t give in to them.

Nothing will change until legislators are willing to say, “Yes, we all appreciate the work that firefighters do, but that doesn’t mean that we should keep raising taxes, putting up with these absurd compensation packages and turn a blind eye to the coming pension tsunami.” And things certainly won’t change until the public learns how ridiculous these pay levels have become.