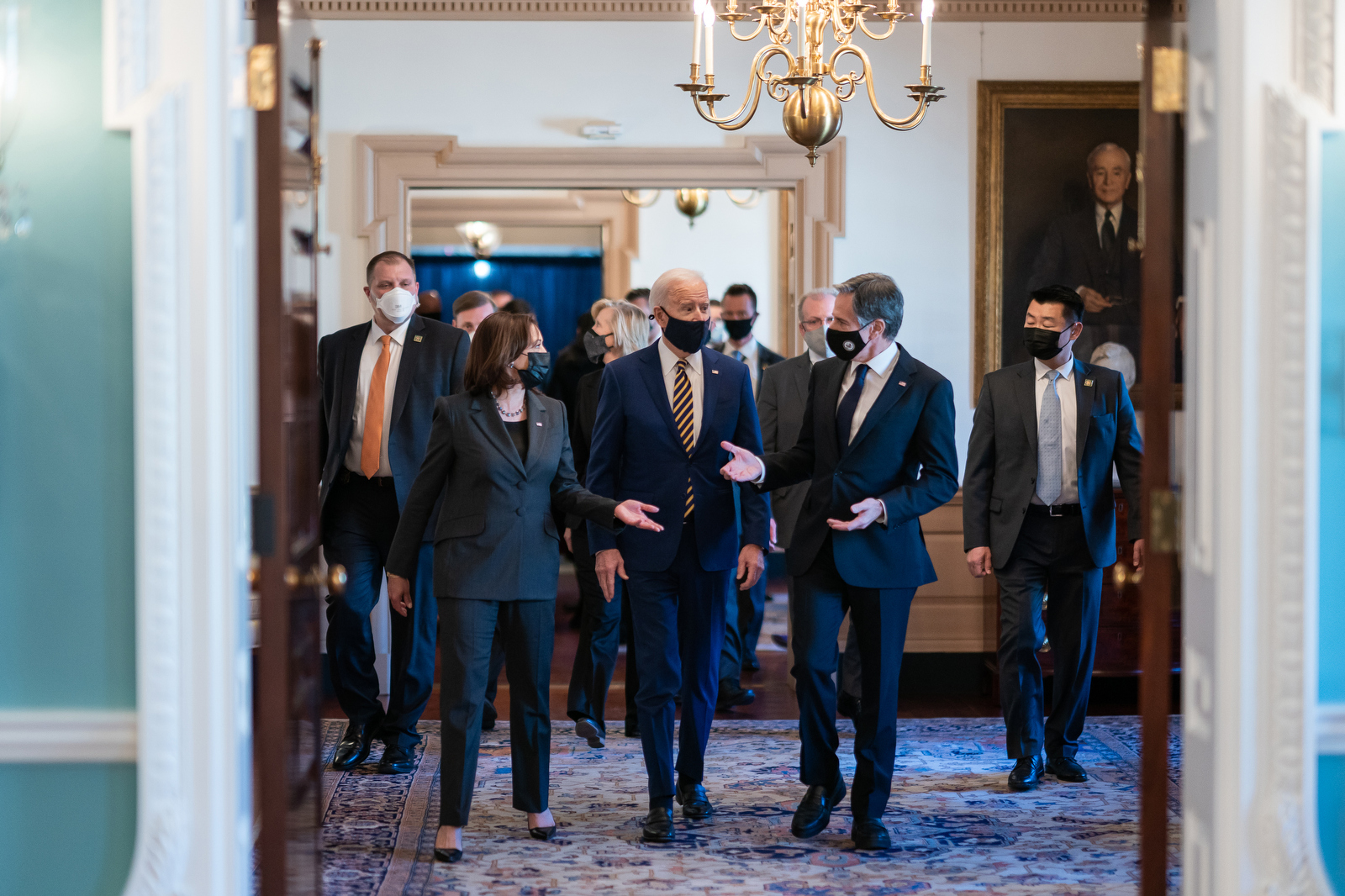 In the wake of a tenuous ceasefire in Gaza, the Biden administration made several blunders last week that undermine the prospects for Middle East peace. By undercutting Israel’s sovereignty in Jerusalem, pursuing payment schemes to the Palestinians that embolden terror, and continuing to chill relations with the UAE, the Biden administration will likely prove to be a counterproductive force in advancing durable peace.

One of its recent counterproductive measures occurred last week when the State Department announced that it would reestablish the U.S. consulate to the Palestinian Authority (PA) in Jerusalem. As former U.S. ambassador to Israel David Friedman argued, such an act would be illegal under the Jerusalem Embassy Act of 1995 and would be a precursor to an embassy, “a huge and unwarranted gift to the Palestinian leadership who continue to pay terrorists in violation of American law and universal principles of morality.” The consulate, if realized, will likely drive a wedge between the U.S. and Israel. In fact, Prime Minister Benjamin Netanyahu has voiced opposition to it, and any successor to him likely will as well, given the wide popularity among Israelis of preserving a united Jerusalem under Israeli sovereignty.

The Biden administration otherwise continues to side with the Palestinians and against the rule of law and Israeli sovereignty in Israel’s internal affairs with regard to Jerusalem. Specifically, the Biden administration continues to accept the Palestinian narrative of grievance with Israel over evictions in the eastern Jerusalem neighborhoods of Sheikh Jarrah and Silwan. On May 26, Secretary of State Antony Blinken referred to “the evictions of Palestinians who’ve been living in homes for decades” as one of the “flashpoints that contributed to the events of the last couple of weeks.” PA President Mahmoud Abbas thanked the United States, in a meeting with Secretary Blinken the day before, for supporting the “maintenance of the status quo in Jerusalem,” and “keep[ing] the residents of Jerusalem and Sheikh Jarrah in their homes.” Earlier in May, the State Department stated that it was “deeply concerned about the potential eviction of Palestinian families in Sheikh Jarrah and Silwan neighborhoods of Jerusalem, many of whom have lived in their homes for generations.”

On what is essentially a landlord–tenant dispute in which some Arab tenants are refusing to pay Jewish landlords, the Biden administration is enabling the Palestinian Authority and Hamas in making this controversy a Palestinian national rights issue. In fact, bowing to political pressure (and abdicating the rule of law), on May 9, Israel’s Supreme Court delayed a hearing on the Sheikh Jarrah case, and on May 28, the Jerusalem District Court delayed a similar hearing regarding the eastern Jerusalem neighborhood of Silwan.

First, much of the pledged funding that the Biden administration promises is tainted with links to terrorism. In late May, the State Department pledged “nearly 33 million” dollars to go to UNRWA, following a $150 million pledge to the agency in April. UNRWA has employed Hamas members and propagates anti-Semitism in its textbooks. In a State Department report not made public but received by the Washington Free Beacon in March, the PA spent international aid totaling at least $151 million in 2019 and likely at least $155 million in 2020 on paying terrorists and their families in a “pay to slay” scheme.

Under the Taylor Force Act, the U.S. cannot provide money to the Palestinian Authority if it supports terrorism. Will the Biden administration be able to guarantee that the over $360 million in total funding it is now pledging to the Palestinians will not fund terror? Additionally, the Consolidated Appropriations Act of 2021 requires the U.S. to cut funding to the PA in the event that the PA initiated or supported an International Criminal Court (ICC) investigation directed at Israel. Such a precondition to cut funding has been met. In fact, one of the PA’s attorneys recently admitted that the PA has met with the ICC “80 times” on “instructions of [PA President Mahmoud] Abbas.”

Also concerning is Qatar’s $500 million pledge to rebuild Gaza. Secretary Blinken recently “underscored the importance of bringing together international support for humanitarian and development efforts in Gaza” when speaking with Qatar’s foreign minister, according to a White House spokesman. Qatar has long financially supported Hamas and other Islamist groups; it has given Hamas approximately $1 billion since 2012. A recent analysis of Qatari textbooks demonstrates that Qatari children are educated into a hatred for Jews and Israel and a glorification of Hamas. So it remains doubtful that Qatar’s $500 million in aid will evade Hamas.

A current bright spot in the Middle East is the growing relations between Israel and the UAE as a result of the Abraham Accords. The two countries have signed a double-taxation prevention agreement. Israel and the UAE have set up a joint water research institute in Abu Dhabi. The first Emirati student ever in an Israeli university enrolled last week, and the two countries agreed to develop education exchange programs. A privately owned museum in Dubai has opened a Holocaust memorial exhibit.

But the Biden administration’s ambivalence towards the UAE might threaten the growing Israel–UAE strategic partnership and even cause the UAE to deepen its relationship with China. In a potential vote of no confidence in American leadership in the Middle East, the UAE accepted two planeloads with “crates of undetermined materiel” from China’s People’s Liberation Army, according to unnamed U.S. officials, as reported by the Wall Street Journal. The Biden administration considers this a sign “of nascent security cooperation with China” and is using the event to consider renegotiating the Trump administration’s sale of F-35s to the UAE.

The Biden administration had previously given the UAE mixed signals at best, putting the arms sale “under review” in January only to state it was moving forward with it in April. Either way, a renegotiation of the arms deal to the UAE may threaten the UAE–Israel–U.S. component of the Abraham Accords, in which the F-35 sale was widely believed to have played an integral role. If the UAE chills its relationship with the U.S. and Israel, Bahrain could follow. And Saudi Arabia could ultimately halt warming to Israel. All of this would unravel a much-needed counter-alliance against Iran.

By focusing on a future Palestinian consulate, the landlord–tenant disputes in eastern Jerusalem, and a misguided Gaza reconstruction, the Biden administration will fail to solve for continued Palestinian intransigence to peace. Only by supporting a unified Jerusalem and Israeli sovereignty, ensuring that Palestinian aid is absolutely clean of connections to terrorism, and mending relationships with our traditional Gulf allies can the Biden administration hope to secure a more durable peace in the region.