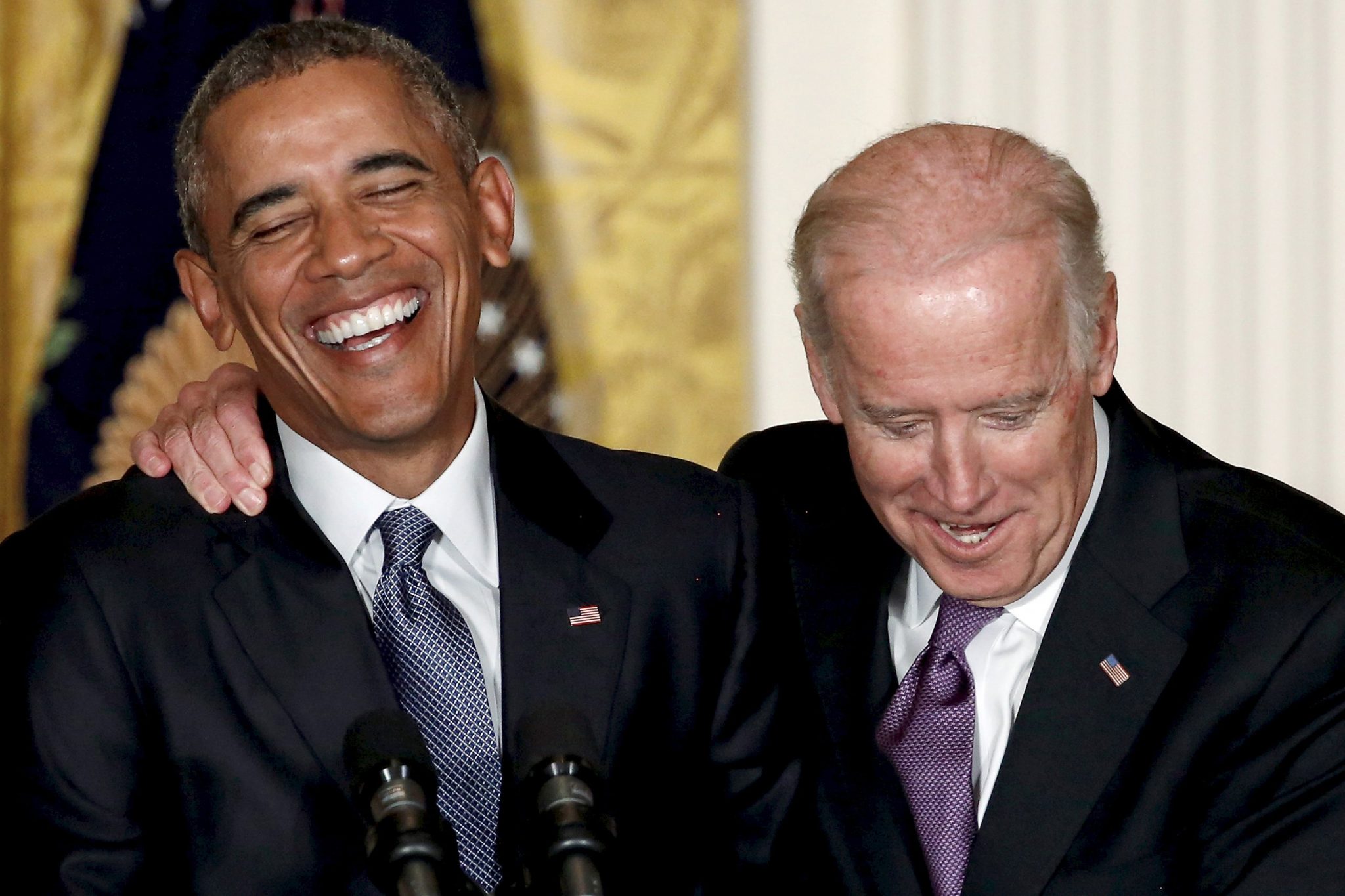 These past few head-spinning weeks, journalists have rushed to identify Joe Biden’s next “historic” staffing choice with the gusto once reserved for finding Malaysian Airlines Flight 370 or Lindbergh’s baby. This is all window dressing.

A more useful headline might have read something like, “Who Will Pull Strings in Biden Puppet Regime (Presuming There Is One)?” I will attempt to answer that, but first some sample headlines:

Going deeper still, CNN’s Kate Sullivan cites seven “historic firsts” in Biden’s administration, including such exotica as “first Latino and immigrant” secretary of the Department of Homeland Security and “first woman of color and first South Asian American” to serve as director of the Office of Management and Budget.

What might make these seven individuals even remotely newsworthy is not their sex or ethnicity, but the fact that all were appointed to previous positions by Barack Obama. Four of them also served under Bill Clinton.

These seven represent a small PC sample of the creatures now emerging from the D.C. swamp. Sen. Marco Rubio has dismissed them as “polite & orderly caretakers of America’s decline.” Some, however, are less orderly than others, and no one serious believes that the senile old masked man hobbling around Delaware with his foot in a boot can manage them. The question remains: who can?

No, not Dr. Jill Biden. Given her role as Joe’s Nurse Ratched, the good doctor inspired the internet rumor that she had dedicated a recent book to “the inspiring, groundbreaking First Lady Edith Wilson.” In October 1919, the president suffered a severe stroke, and for the next 16 or so months Edith commandeered the White House. If Dr. Biden had such ambitions, the swamp has grown much deeper in the last century, too deep even for a crafty first lady to keep her flailing husband’s head above water.

Barack Obama has hinted at a role for himself in the puppeteer business. “If I could make an arrangement where I had a stand-in, a frontman or frontwoman,” Obama told Stephen Colbert on Monday night, “and they had an earpiece in, and I was just in my basement in my sweats, looking through the stuff, then deliver the lines, but somebody else was doing all the talking — I’d be fine with that.”

I confess to laughing when I heard that line for the simple reason that the original title of my new book, Unmasking Obama, was “The Front Man.” In the book, I argue that Obama’s bourgeois lifestyle and cool demeanor “made him all the more effective as a front man for a movement that had grown increasingly strident, even punitive.” I added, “He was prepared to sell what he lacked the stomach to lead.” Wrestling the swamp away from the competition would take more energy and gumption than Obama has ever shown, even with the newly wealthy and well-toned Michelle at his side.

There is, however, a power couple in Washington that has the moxie and the muscle that the Obamas lack, and no, it is not Bill and Hillary Clinton. In fact, few beyond the Beltway would recognize the names of Anita Dunn and her attorney husband, Bob Bauer. Although not well known, these primeval swamp dwellers know enough about the Obamas and the Clintons to keep both couples in line.

Dunn, a 62-year-old veteran “strategist,” is managing Biden’s transition just as she guided his campaign for most of the past year. That campaign may not have looked like much, but by hook and by crook it netted an “historic” 80 million votes at last count, an incredible 15 million more votes than Barack Obama secured in his 2012 reelection bid.

Dunn has spent her career avoiding the limelight and will reportedly not take a position in a Biden administration should there be one. In 2008, Dunn laid low as well. Although serving in the inner circle of Obama’s campaign, she took only an interim job as communications adviser in the Obama White House. Before the end of 2009, she had bowed out to resume her lucrative corporate work as managing director of SKDKnickerbocker, a strategic communications firm.

Although Dunn would visit the White House frequently over the next seven years, reportedly more than 100 times, Obama mentions her just once and casually in his new memoir A Promised Land. Dunn knows how to keep a low profile.

Obama mentions Bauer only once as well. “Finally I decided I’d had enough,” writes Obama. “I called in White House counsel Bob Bauer and told him to go ahead and obtain the long-form birth certificate from its home in a bound volume, somewhere deep in the bowels of the Hawaii Vital Records office.”

Obama does not mention that Bauer had served as general counsel to the campaign and to the Democratic National Committee, and as personal lawyer to Obama during the 2008 campaign. In that capacity Bauer led the legal fight against the original “birther” Philip Berg, a contrarian Democrat who had challenged Obama’s eligibility to be president on constitutional grounds. On November 12, 2009, the United States Court of Appeals, Third Circuit, ruled that Berg lacked standing to bring the suit.

The day after the suit was dismissed, the New York Times reported that White House counsel Gregory B. Craig was stepping down from his job. An anonymous source told the Times that Bauer would be taking over, and the source knew whereof he spoke. Bauer served as White House counsel until June 2011, a month or so after the birth certificate issue faded away. He returned to private practice so he could once again represent the Obama campaign and the DNC. Said Obama of Bauer, “He has exceptional judgment, wisdom, and intellect, and he will continue to be one of my close advisers.”

Bauer would offer that advice from the plush offices of the firm to which he returned, Perkins Coie, the go-to law firm for Democratic swamp dwellers. In April 2016, when the DNC learned that its computers had been hacked, its staff alerted Perkins Coie, and the firm, in turn, recommended a private cyber security outfit called CrowdStrike to clean up the mess. No need to bring in the FBI. That same memorable year, 2016, it was Perkins Coie that retained Fusion GPS to create the infamous Steele dossier.

Bauer, who left Perkins Coie in 2018 after nearly four decades on the job, has not withdrawn from public life. “He likes the rough and tumble,” a friend told Politico. “He likes the back and forth.” He worked at the center of the Biden campaign and is credited with vetting Kamala Harris. Dunn plays hardball too. “As [Biden] will be the first to say,” she told the Atlantic, “he’s the only Irishman who doesn’t carry a grudge. I’m not Irish, but I will carry his grudges.”

Dunn and Bauer don’t need the Obamas anymore, and they never needed the Clintons. As for Joe Biden, he needs all the help Dunn and Bauer can give him — whether he wants it or not.