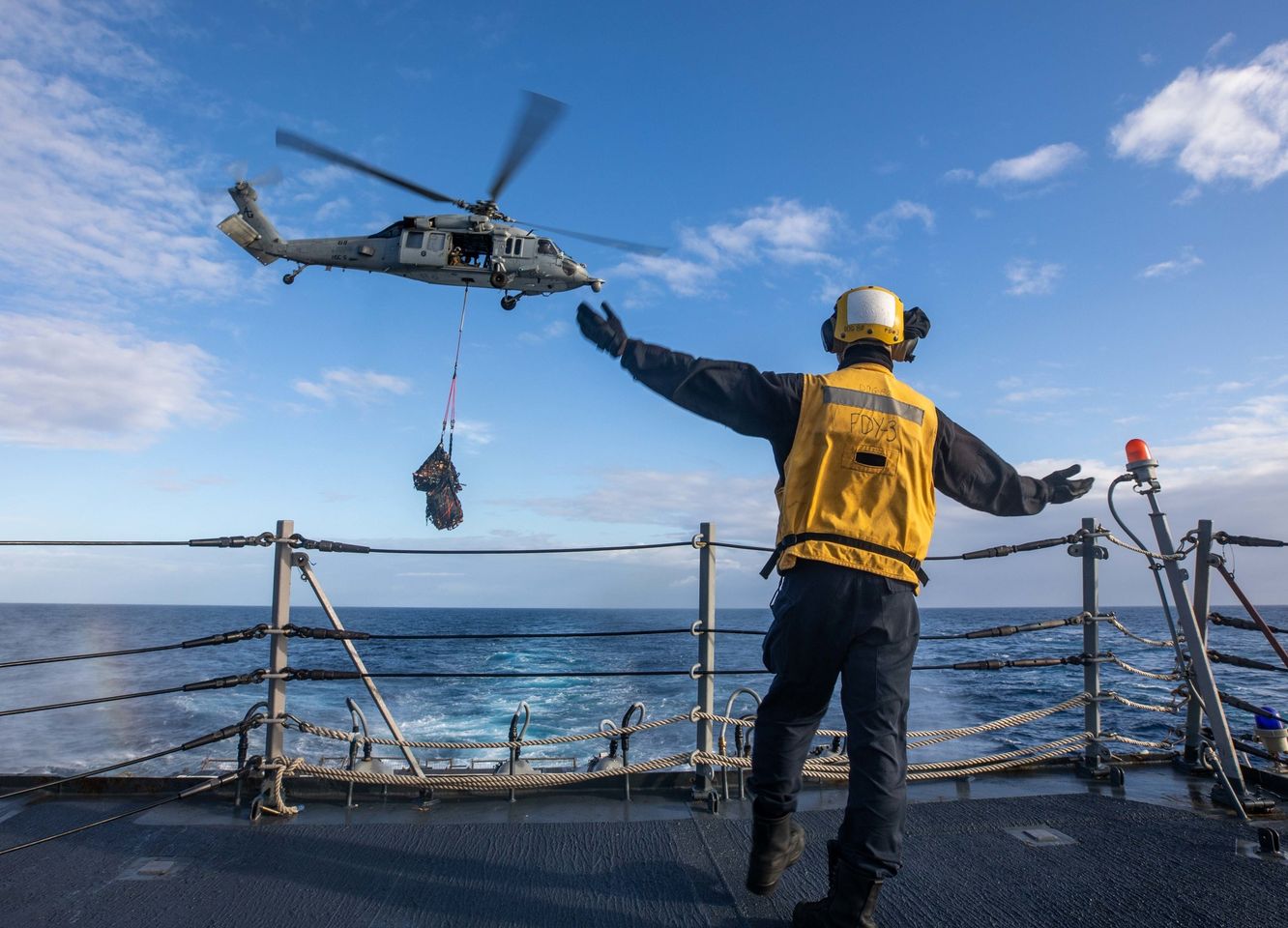 On the Real Clear Defense website, Seth Cropsey, a former naval officer who served as deputy undersecretary of the Navy in the Reagan and Bush 41 administrations, and who is the author of Mayday: The Decline of American Naval Supremacy (2013), has issued a Mahanian warning about the need for the United States to be equipped to wage a global naval war around the Eurasian landmass.

More than 120 years ago, the great naval historian and strategist Alfred Thayer Mahan wrote a series of articles that were collected into a book titled The Problem of Asia.

A decade later, Mahan collected a series of his lectures at the Naval War College into a book titled Naval Strategy. In those two works, Mahan explained that the United States and its maritime allies (principally Great Britain then) required the capabilities to use sea power to ensure the geopolitical pluralism of Eurasia. In Mahan’s time, America’s potential antagonists were Russia and Germany. Today, America’s potential antagonists are China and Russia.

Cropsey understands not only the internal nature of the Chinese and Russian regimes, but also the significance of their strategic partnership. He also understands that Eurasia is the pivotal continent in an “internationalized economic system.” And, he writes, because today’s conflict is Eurasian, the United States and its allies must rely principally on sea power to preserve Eurasian political pluralism. Today’s greatest flashpoints, Cropsey explains, are “enclosed maritime spaces, commercial and strategic nexus points in the Eurasian littorals — the Black Sea and Eastern Mediterranean, Strait of Hormuz, and Bab-el-Mandeb, and South and East China seas are all crucial chokepoints for global commerce.”

Cropsey believes that the Chinese communist leadership has heavily invested in naval power because it realizes that the contest for supremacy “is essentially naval in character.” In other words, China recognizes that if it is to replace the United States as the leading global power, it must challenge America’s maritime supremacy. And with Russia as a strategic partner, America may face what Crospey calls a “trans-Eurasian campaign” at sea, with Russian submarines, for example, supporting China in the western Pacific.

Cropsey worries that the United States is not prepared to wage a global war to enforce the geopolitical pluralism of Eurasia. He urges the Biden administration to invest in a larger and better-resourced navy. China, he warns, is currently out-building the United States in warships, and is expected to build and deploy 20 ships each of the next three years, while the Biden administration “isn’t even planning to build half that number.” And the U.S. is retiring submarines at a faster rate than they are built. This is a recipe for a naval defeat and a geopolitical disaster.

In the first volume of The World Crisis, Winston Churchill noted the ominous growth of German naval power and the “menace” it posed to Great Britain. “The determination of the greatest military Power on the Continent,” Churchill wrote, “to become at the same time at least the second naval Power was an event of first magnitude in world affairs. It would, if carried into full effect, undoubtedly reproduce those situations which at previous periods of history had proved of such awful significance to the Islanders of Britain.” Churchill knew then that what Mahan had written about British naval power in the Napoleonic era was also true in the months leading up to the First World War: it was “those far-distance storm-beaten ships … [that] stood between [Britain’s enemies] and the dominion of the world.”

Cropsey is saying today that it is the naval power of the United States and its allies that stands between a Sino-Russian Eurasia and the dominion of the world.

The Books That Churchill Read

Are We on the Road to Another Pearl Harbor?

From Superpower to Paper Tiger: Part One