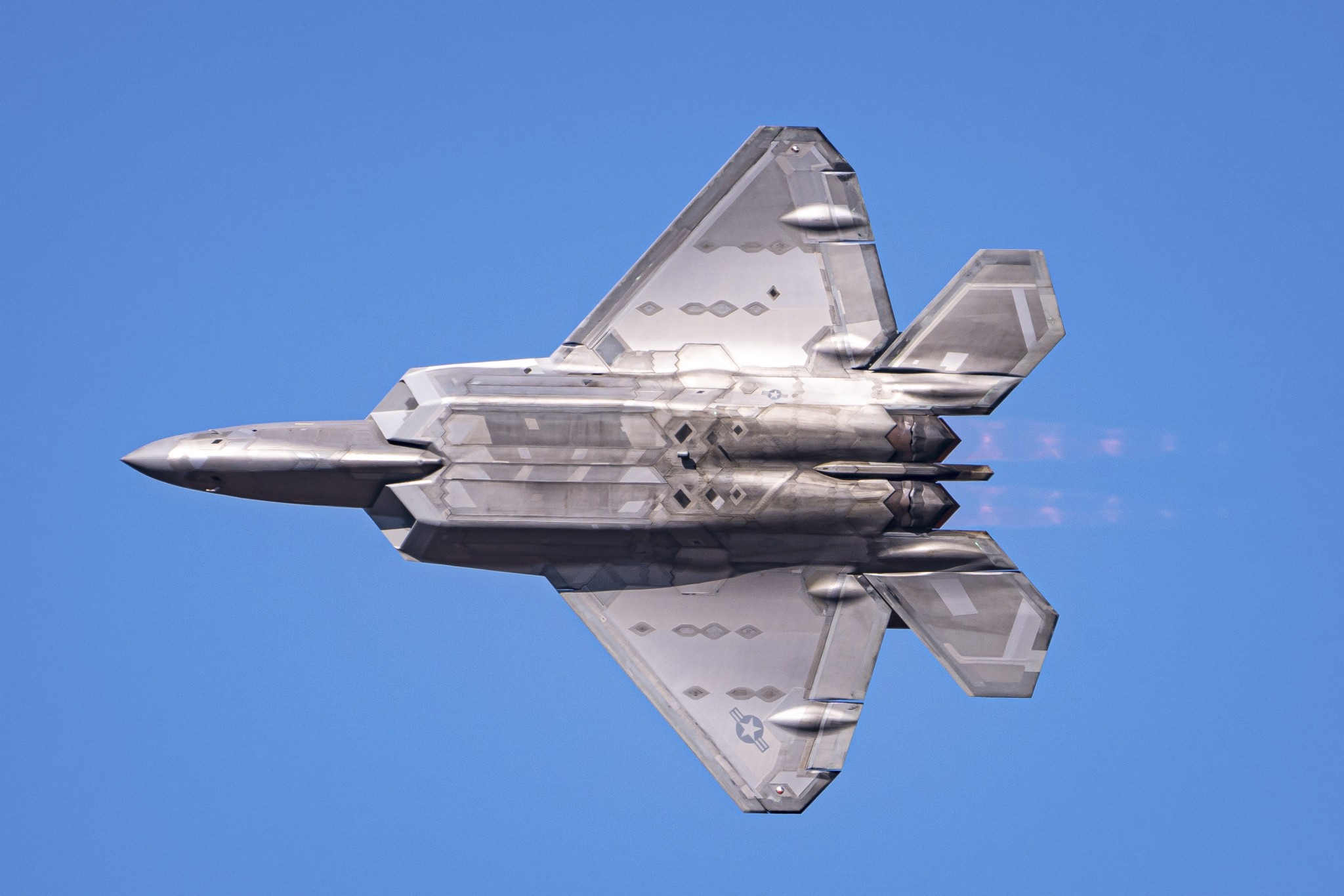 Last week, I illuminated how President Joe Biden is forcing “wokeness” on our military and explained its inevitable effect, which is to lower both the lethality and readiness of our forces.

This is worse than the social experimentation of the Clinton and Obama days. Biden’s policies are changing the culture of the military, perhaps irreparably.

The other half of the equation is how we are — and aren’t — planning our military budgets to meet the threats we face from China, Russia, Iran, and other adversary nations.

Recently, for the fourth time, Biden said that we would defend Taiwan militarily only to have his statement walked back by staff who insist there is no change in our policy, as they have done in each of the prior three instances.

As I have written before, we have to conclude — albeit reluctantly — that Taiwan has to be defended because it is key to defending both Japan and Australia. The question is whether we could defend Taiwan — or win any similar peer-to-peer war — and the unfortunate conclusion is that we could not.

The starkest and most depressing assessment comes from the Air Force Association’s Mitchell Institute for Aerospace Studies. It’s written by retired Lt. Gen. David Deptula and Mark Gunzinger, a senior fellow at the institute. The study, which came out last month, paints a very bleak picture.

Let’s start with the money quote:

Today’s Air Force is smaller, older and less ready than it has ever been. It lacks the ability to fight a peer conflict, deter elsewhere and defend the homeland as required by the National Defense Strategy.

The Air Force has less than half its fighter force and only one-third of the bombers it had in 1990. Its latest proposed budget divests about 1,000 aircraft more than it buys over the next five years which will create an even smaller, older and less ready force in the near term. The nadir will occur at the same time [U.S. Indo-Pacific Command] warns that China will be prepared to conquer Taiwan – 2027.

I know Lt. Gen. Deptula. He’s a very smart guy and would not write anything remotely like that unless the situation was as dire as he says it is.

The Navy’s picture is just as bleak. The Navy is about the same size as it was in 2005, with only about 295 deployable ships. The Chinese navy has at least 400 combatant ships today.

According to Adm. Mike Gilday, the chief of naval operations, the Navy needs a fleet of 530 ships. In February, he told a United States Naval Institute gathering that in order to meet our international responsibilities:

We need 12 carriers. We need a strong amphibious force to include nine big-deck amphibs and another 19 or 20 [LPDs] to support them. Perhaps 30 or more smaller amphibious ships to support Maritime Littoral Regiments … to 60 destroyers and probably 50 frigates, 70 attack submarines and a dozen ballistic missile submarines to about a 100 support ships and probably looking into the future about 150 unmanned.

Gilday’s thinking goes well beyond what the Navy’s 30-year shipbuilding plan calls for.

Deptula and Gilday are doing precisely the kind of thinking that was condemned by then-Defense Secretary Bob Gates in 2009 when he chastised the military leadership for having too much “next-war-itis” because they were thinking and planning what must be done to prepare us for future conflicts.

The crisis in military shortages reflects poor planning. I’m discussing the Air Force and the Navy because their desperate situations are readily understood. The Army and Marines can’t be in better shape than the Air Force and Navy.

To be fair, it’s not solely Biden’s fault. The problems with military spending have been building up for a long time. The only thing we can count on is that Biden will make matters much worse than they would otherwise be.

Going forward, military leaders should be asking some very tough questions. These questions are not just about how many ships, aircraft, and missiles we buy. It’s a question of which systems to buy to answer the threats as well as how many.

The first issue is C4ISR — Command, Control, Communications, Computers (C4) Intelligence, Surveillance, and Reconnaissance (ISR). The next war will be fought — and probably won or lost — in the cyber realm. Another issue is whether we should — really, must — weaponize space because of what our adversaries are doing there in anti-satellite warfare. Both of those matters are for another time because they would take another 2,000 words to analyze reasonably. For now, let’s say that we need to do more in every aspect, revising strategy, tactics, and deciding what can be spent.

Since the 1942 Battle of Midway, carriers have been our principal sea-based weapon. But is the era of the aircraft carrier over? The answer is no, but the era’s end may be coming very soon.

Aircraft carriers are floating air bases that have to get within aircraft range of their target in order to launch strikes. China has designed its naval and missile forces around the concept of denying U.S. ships — especially carriers — from getting within range. Our carriers are so big — about 98,000 tons and around 1,100 feet long — that they can be tracked easily by satellite. Which means they can be sunk by missile attacks.

Our carriers can defend themselves, but they can’t hide. If the Chinese sank one carrier, they’d kill about 6,000 sailors. We have 11 carriers now. They’re too valuable to lose, which is a big dent in our strategy.

The Navy’s latest carrier, the USS Gerald R. Ford, was contracted in 2008. It was commissioned in 2017 but still can’t be deployed because of problems with some of its advanced systems. It has, so far, cost more than $13.3 billion.

The Navy has already contracted for three other carriers of the Ford class. The John Kennedy was contracted in 2013, the Enterprise in 2018, and the Doris Miller in 2019. All are expected to cost more than the Ford.

Should we be building more carriers?

Because of their vulnerability, shouldn’t we be changing our strategy to rely more on ships — both surface combatants and submarines, manned and unmanned — that carry a variety of missiles, including the AGM-129A stealthy cruise missile and hypersonic missiles?

That’s part of the answer, but we still need carriers — probably fewer than planned — to provide tactical air strikes in places other than where China has barred their entry. Planning, thinking, and spending on what comes next after the carrier must begin now.

Back in the good old days, when the Fighter Mafia was running the Air Force, we had a “high-low” mix of fighters. The “high” fighters had just one responsibility: establish air supremacy and keep it. The “low” fighters were responsible for everything else, from close air support to air strikes on enemy targets.

The “high-low” mix worked pretty well. The last time a U.S. ground soldier was killed by enemy aircraft was in 1953.

But now, the Air Force — and the Navy and Marines — have only one fighter, the F-35. F-15s, F-16s, and F-22s are still in the inventory, but the first two aren’t stealthy and the F-22 was bought in such a small quantity that it’s not going to be able to cover a lot of airspace.

I’ve never been a fan of the F-35. As I wrote for The American Spectator nine years ago, it was built to be a one-size-fits all strike fighter for the Air Force, Navy, and Marines, just like the ill-fated F-111 program of the 1970s, which the Navy refused to buy. The F-35 program inevitably devolved into three separate aircraft programs.

The F-35 can’t dogfight so it can’t serve as an air supremacy weapon. Its pilots are instructed to not fly into thunderstorms.

And it gets worse. According to reports, several problems with its engines and other systems make it only ready to fight — “mission capable” — about 75 percent of the time. That’s an improvement over earlier years, during which its mission-capable rate was less than 50 percent.

The F-22, developed in the 1980s, is still our top-line fighter. The Air Force wanted 750 of them, but Bob Gates cut the purchase to 187. In 2014, the then-commander of Air Combat Command, Gen. Mike Hostage, said that the F-35 was irrelevant to air warfare unless it had F-22s flying high cover for it.

There are obvious gaps in our capabilities. They have to be thought out and solved now, not 10 years from now.

Biden wants to ignore the problem to keep the Pentagon budget from depriving his pet programs — climate, “equity,” and such — of the funds needed to sustain them. Coupled with his insistence on “wokeness” in the military, this is a recipe for losing the next big war we have to fight.