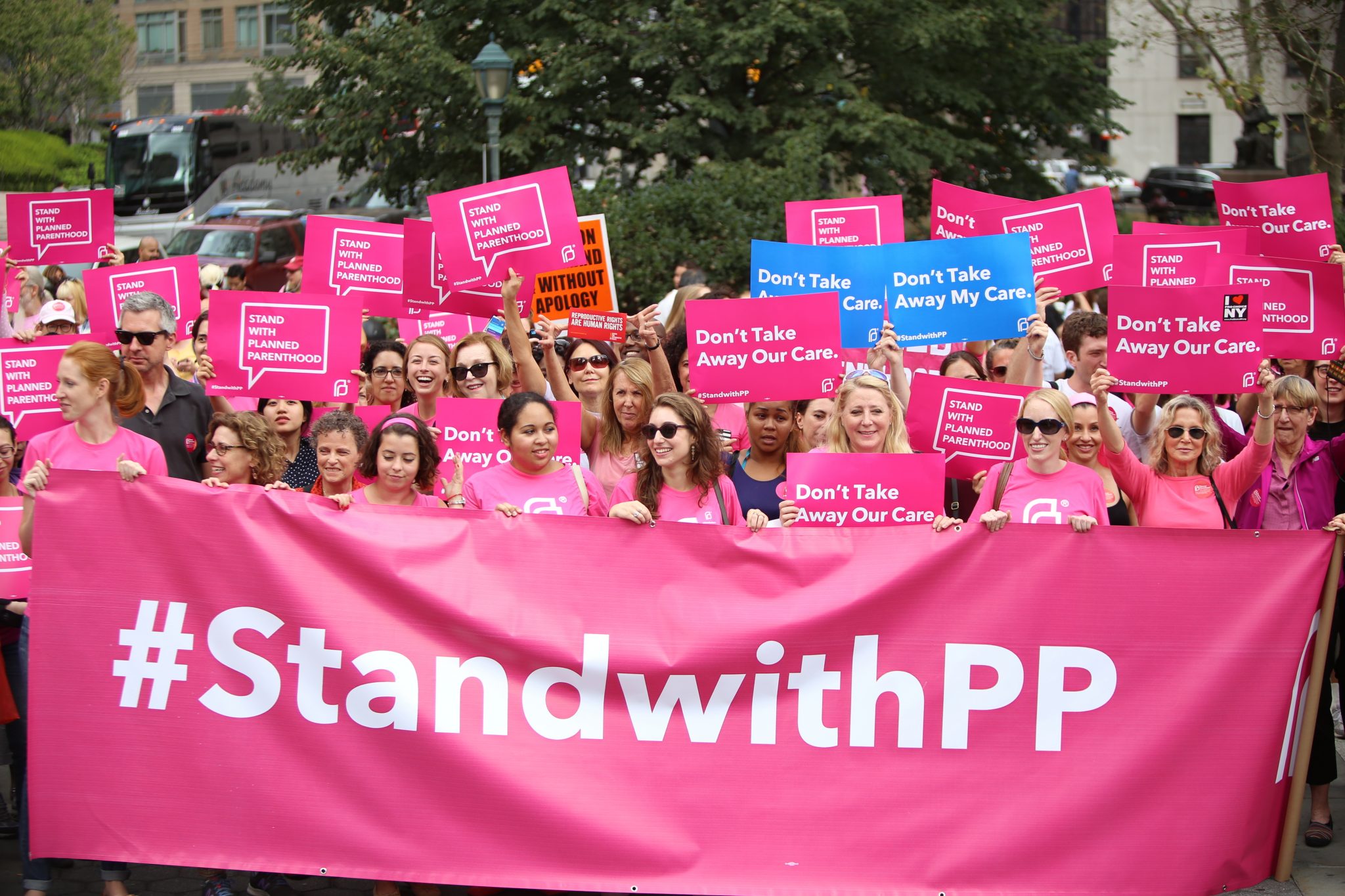 They seem to feel a strange kind of joy in anything concerning death. Often, the only thing that sets pro-death laws apart from serial killers is that the former claim to be for your benefit. In the end, not many killers claim they are killing you for your own benefit, to help you lead a better life or to protect your freedom.

So communist purges have always been presented to us as a means of defense against potential internal dangers to the revolution. Euthanasia is presented to us as a means against suffering for those with no hope. Abortion parades as liberation for women enslaved by the traditional family structure. Birth control, they say, allows those of us who have managed to be born to enjoy a certain well-being they call sustainable — although it should be noted that it is sustainable only for the survivors, because from the perspective of those children dismembered inside the womb, the future looks a little less sustainable. Every time I hear their pro-death speeches full of sentimental disorder and progressive messianism, I am tempted to tell them, “If your plan for my happiness is to kill children, the elderly, the sick, and the dissenting, I thank you from the bottom of my heart, but I prefer you didn’t help me. Seriously, don’t bother. I think I can manage on my own.”

Slap, bang, in the middle of the Christmas holidays, and in only 10 days, the governments of both Spain and Argentina have approved their euthanasia and abortion laws respectively. Both are leftist governments of communist inclination. For both, it was among their political priorities. Both have done so at the worst time, during a pandemic that is killing millions of people around the world, particularly the most vulnerable. Both are accused of not doing enough to save lives. In a prodigious pirouette of political strategy, the Left is responding to this health crisis by guaranteeing more deaths. Not even in the context of the global mourning we are going through have they found reason to postpone, if only for the sake of decorum, their sinister plans. Sometimes I wonder if they might have shares in some coffin factory.

At the beginning of the last century, in his Fortnight Notebooks, Charles Péguy predicted a time when leftist members of parliament would give a teary-eyed standing ovation at the passing of death laws. But his predictions and warnings were only for those socialists willing to listen — that is, none:

If you are able to get past how awful it is, the Marxist defense of euthanasia is almost comical. Eliminating beings who do not produce seems more like a cold capitalist calculation, a fasting of morality, than the paradigm of those who once denounced economic relations as being the work of the devil itself. But it would take too long to explain how all that is left from Marxism through the centuries — living on today as a sort of green, globalist, and identity-based communism — is not ideological coherence but immorality; an obscene passion for torture, poverty, slavery, lying, and death. Above all, death. Let us not forget that the poster boy for the revolution, Che Guevara, enjoyed killing with his own hands so much that he often asked his men in the firing squads to let him pull the trigger when the victims were children. And even today there are idiots with his effigy on a baseball cap. Today his successors are designing population policies in Western governments.

If, as Argentina’s leaders say, abortion is a matter of freedom, they don’t seem to grant much to those who are refused birth. If it is a conquest in the field of equality, as they also say, to avoid lives that they believe will be unhappy, I see no reason not to eliminate the poor, the sick, and the crippled. In the end, the fact that poverty exists is the first cause of inequality, as Cristina Kirchner might well reason, even before she squeezes in the first of her daily Botox shots.

It is an age-old trap. Neo-Malthusians still insist that there are too many people on the planet, but, as you might imagine, it never crosses their minds that they themselves might be the surplus. If in the past the Malthusian sect seemed worried that there would be no food for everyone, and therefore that they would starve, in the present day they are steadfast allies to the apostles of global warming. Over the past year, Western media outlets made reference to a pseudo-scientific study by Lund University in order to back their solution to greenhouse gases; of course, the proposed solution was to have fewer children.

In a similar spirit, today I read an interview with Pauline Harmange, the feminist who has become a bestseller with the book I Hate Men, in which she encourages women to hate men with all their strength and flee them: “The happiest people are single women without children.” I suspect that the sour face she displays in the picture is due to the fact that she is married (this is where I pause and pay my respects to her husband, a saint, martyred in life). In the end the problem with most of these radical feminists is that the face is a reflection of the soul and often their hallucinogenic theories can be disproved simply by looking at their own photographs. You look at Harmange on the one hand and Amy Coney Barrett on the other, and, I don’t know, Rick …

As far as euthanasia is concerned, it implies huge savings in the cost of pensions and public hospital services for a country like Spain, which is going to ruin thanks to the suicidal management — quite literally — of the Social Communist government. The same government that says the elderly in old folks’ homes should be the first to receive the vaccine has also passed a law to kill them off. Of course that’s not how they are plugging it to us. “The euthanasia law will save thousands of people from suffering,” said President Pedro Sánchez. “Spanish society demands it, and it cannot wait. There are many people waiting for this law and there is no time to lose.”

Although Sanchez claims to be a socialist, the first strategy he has adopted from his communist partners is lying. The law will not save anyone from suffering, unless we consider that encouraging people to throw themselves out the window is an effective policy for ending chronic headaches. As polls show, there is no “demand from Spanish society” for the law. Funny thing, that. It seems Spaniards prefer living over dying. Call us crazy. And finally, of course there is “time to lose” if the idea is to pass with a law that, beyond a couple of isolated cases that will appear in all the newspapers, will be little more than a gutter into which we can pour all of those annoying, destitute old people taking up room in our hospitals.

Do you have any doubt that that’s what will happen? Take a look at Holland and you might be surprised to see that the euthanasia law has contributed decisively to turning the country into a moral pigsty, where the elderly are looked upon with suspicion in the street. Grandchildren negotiate with doctors over how to speed up their inheritance without having to endure the agony of waiting for grandfather to die and, it goes without saying, without a thought to inquiring about the interested party’s opinion on the matter.

Don’t think for a moment that these are things that will never happen in the United States, which, as we have seen during Trump’s presidency, is a very pro-life country. The Democrats will develop all the death laws they can, and they will do it faster than ever. That’s the trend now. That’s how it’s been in Spain and Argentina after the change of government. The new strategy of the radical Left is to crush the facts at full speed and to disregard the old custom of consensus on delicate laws. It makes no difference. They have almost all the media and all the social networks in their pockets — have you any idea of the number of pro-life accounts that have been blocked on Twitter or Instagram for showing images of abortions? — and that is more than enough to pass terrible laws like these.

The Democrats will put a step on it, among other things, because if Trumpism has proved anything, it is that there are lots of conservatives — we’re at least half of the population — and we are capable of stopping death laws when a leader decides to get rid of his complexes and act according to his principles. And that can allow for the reversal of murderous laws. If no one stops them, the Biden administration and Congress will not let being in the middle of a pandemic hinder their efforts to put the United States at the vanguard of the right to die, even at the expense of the right to live. And the first to call for the euthanasia law will probably be Kamala Harris, as she glances sideways with a wicked grin at an elderly Joe Biden. The killjoy’s corollary: it’s never about your rights, but their interests.