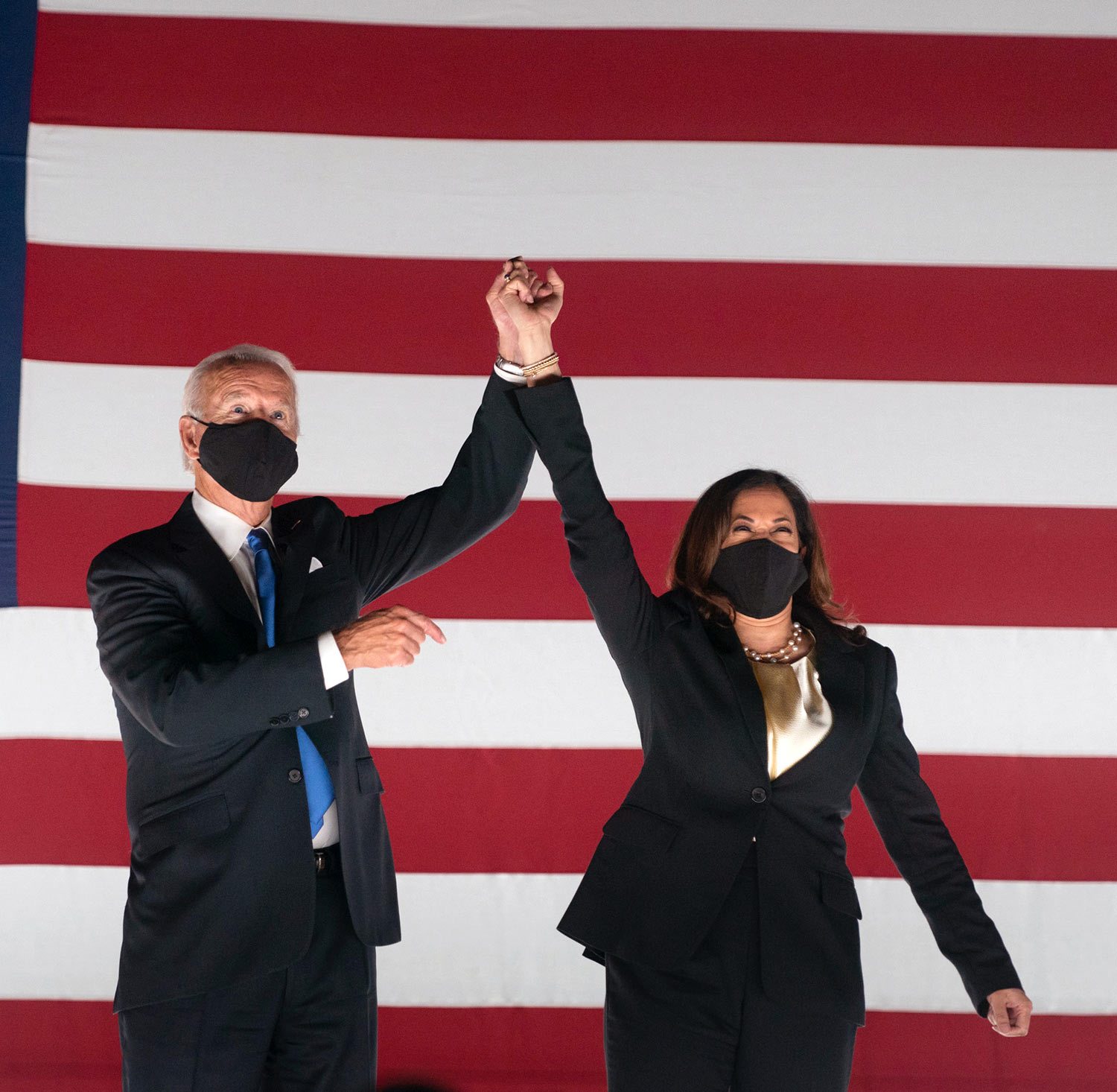 I have to work hard to hide that I’m happy about the presidential election. A journalist is a guy who is happy about things that make other people cry. It’s not that we enjoy bombs; it’s just that we love having something to say. They’ll never admit it, but I suspect that even doctors feel a certain satisfaction when a patient enters the ER with a leg in one hand and garden shears in the other. I am that same doctor right now, watching the world’s most important democracy plunge off a cliff into uncertainty and dementia. Of course, I would prefer not to have to write about this — but what can I say, the world is a hostile place, life is not a bed of roses, and there is no doubt that we columnists have more work every time a socialist cretin takes over a country. Besides, some of us are feeling the greatest pleasure a middle-aged man can experience these days, even if it is a pleasure that generates a justified hatred. I am talking about being able to look around, to put our hands on our hips, and exclaim with the greatest arrogance: I told you so! Sometimes I wonder why they don’t stone us all as we leave the newspaper.

The year 2020 remains an extraordinary one for freedom. First they lock us up at home, then they muzzle us and socially distance us, then they prevent us from traveling around the world, and finally Dory from Finding Nemo wins the election. Biden is the new president of the United States, and he is the first to be surprised. No one would be surprised if his first statement to the press, with reporters swirling around his door, was: “Did I really run for president of the United States? I had no idea. Kamala takes care of that sort of thing. Go talk to her.”

There are Americans who believe that Joe Biden will exercise restraint in the face of Harris’s extremism. I am not surprised. There are also people who believe in unicorns. Most likely, the new president will now attempt his grand plan for economic revival, which encompasses a single, solitary point of action: raising every tax possible. But he won’t stop there. Harris also has a plan to help the poor during this crisis. It consists of providing them with free access to abortion and sex changes. So I estimate that in about six months we will have a lot of new transsexuals, who will feel very fulfilled with their change of identity, and who will be able to enjoy their new sexually diverse lives begging at church entrances alongside the rest of the victims of the indiscriminate tax increase, and alongside mothers with chronic nightmares from having killed their own babies. The first thing a country loses on giving itself over to socialism is joy. If this nightmare doesn’t happen, we just have to thank God and the blocking power of the Senate. 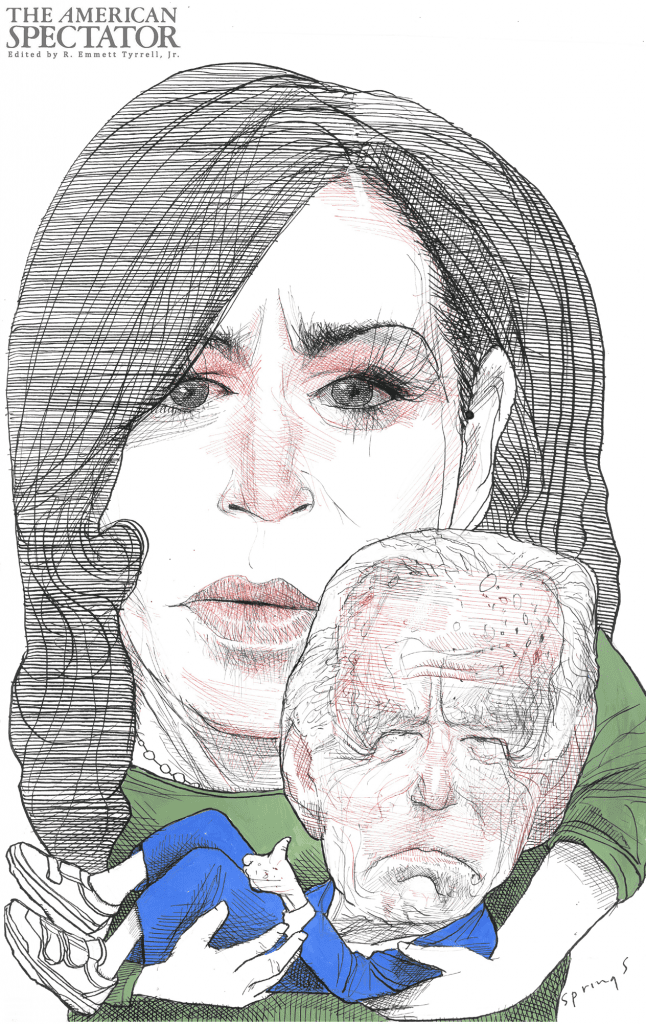 But Biden has a task even more urgent than sinking the economy, and that is to bring about the national reconciliation that he himself broke when he partnered with the violent mob. Whatever goals and direction the American people set for themselves with their president leading the way, the sooner a climate of normality, peace, and national unity is restored, the better. The law and order that Trump calls for is the only way if you want democracy. Fracture is the Left’s only electoral trump card, but now that the elections are over, it is best that we all go back to toasting together, sharing the flag, taking to the streets, and blocking the arteries of major cities with harmony and love, sounding our horns and insulting one another as only old friends can. Bitterness does not generate prosperity. A little bit of good-humored disorder guarantees joy, the prelude to happiness. I know this statement will not be seconded by my theological masters, but I invoke the first commandment of the Law of Chesterton: “Drink because you are happy, but never because you are miserable.”

Unfortunately, Biden will most likely make a peace offering, once again talking before the cameras of the whole televised world, as he did while the supporters of that stupid gesture set the streets on fire with racial hatred, encouraging sectarians and revolutionaries to take over the country at the expense of the other half of Americans, who want to work, live well, and party in peace.

If Biden and Harris want to do something for their country, they should make an exception for once and tell the truth.

For their part, the conservatives who have fiercely opposed Donald Trump already have what they wanted: a government as socialist as in Venezuela, headed by a guy as lukewarm as any European social democrat, with a vice president who could put any African dictator to shame. Now the right wing will be even more gagged in the media, the economy will collapse with a crash, the government will ask the world to forgive them for being Americans, and China will show mercy and might even order the coronavirus to return to the laboratory from which it escaped in Wuhan.

If Biden and Harris want to do something for their country, they should make an exception for once and tell the truth, even if it means admitting that they lied during the campaign when they claimed that they had the solution to the coronavirus and the resulting crisis. When business and our daily bread are at stake, propaganda becomes ineffective. The truth must be told even if it is horrible.

And they should concede, perhaps, that the world we knew is history. It might be uncomfortable to wake up from the dream, but it is worse to sleep in. Besides, the elections are over now: you can say horrible things to people and no one will set the streets on fire for it, among other things because arsonists are all in charge now. Say that we are going to die, that we are going to hell, that there is no future, that the virus has wiped us out, that we will have to fight with our fists because weapons are scarce. I don’t know. Say what you want. Just don’t turn the government into a cheap copy of Paulo Coelho, sending out cheerful messages telling us that everything will be fine, that we have already overcome the crisis, that now everything will be smooth sailing. Most people aren’t as stoned as that Portuguese hippie billionaire to believe that, in the midst of a global pandemic, everything will be fine if only you want it badly enough.

I have no idea what the government should do. My talents go no further than criticizing political action. But I am convinced that in this labyrinth of uncertainty, it is only right to remind the solitary citizen of Nicolás Gómez Dávila’s old maxim: “Real problems have no solution but history.” Once again, we need to ask the president not to solve anything, just to not get in the way. If he were capable of doing that, it would be Biden’s first success since the beginning of his political career. But please take Harris with you too.