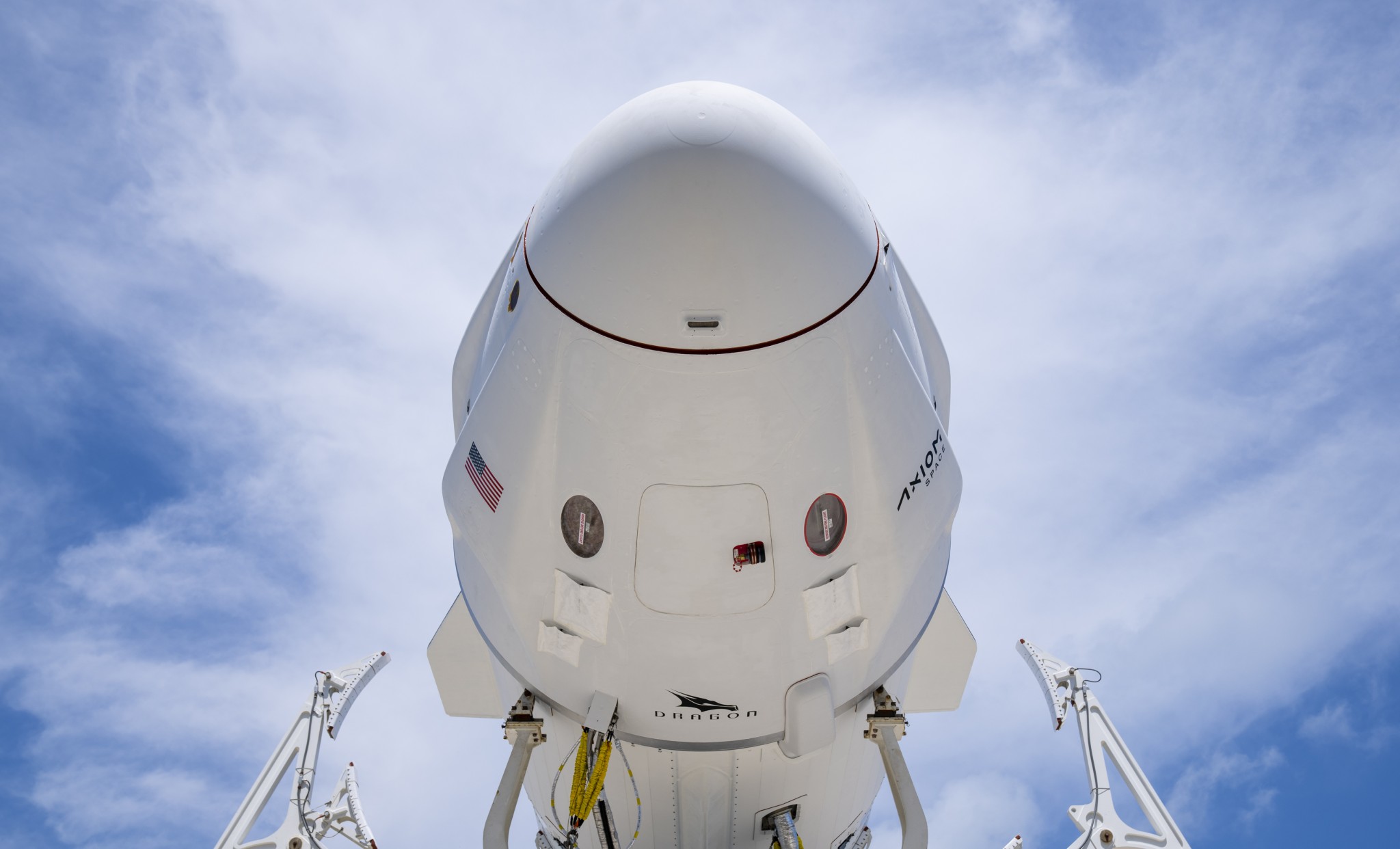 Monday at 1:06 p.m. EDT, the SpaceX spacecraft Crew Dragon Endeavor splashed down in the Gulf of Mexico with its international crew of four private astronauts. Yep. Private — as in Private Pay. Axiom Vice President, former NASA astronaut, and Axiom-1 mission commander Michael López-Alegria’s crew, consisting of real estate and technology entrepreneur Larry Connor, Canadian financier Mark Pathy, and Israeli entrepreneur and philanthropist Eytan Stibbe, plunked down over $55 million apiece to participate in a 10-day mission to the International Space Station. Those eight “on-station” days (bookended by extra days to achieve orbit and return to Earth) turned into 15 (or 16, depending upon how it’s counted) due to poor weather conditions at the splashdown site. The rough weather bonus netted the crew an extra week to take in the incredible view, hobnob with NASA astronauts and Roscosmos cosmonauts, and revel in the fulfillment of lifelong dreams.

Two weeks ago, in live comments broadcast during what turned out to be a way premature “farewell ceremony,” López-Alegria spoke for his crew, describing their experiences as unique, magnificent, and to some degree, humbling. “This really begins a new era of human space flight, where people other than just government astronauts who are obviously very professionally trained and prepared, can come up with a little less training, but still able to function in this very unique and in some way challenging environment,” said López-Alegria. “I think that this is a first step towards a real democratization of this experience. It’s going to take a while because the price is obviously quite high now, but we think in the future this will be something that we can share with more and more of humanity and make humankind all the better for it.”

López-Alegria was right on all counts. This really does initiate a new era of space flight, and really does democratize the experience — and none too soon. Within short weeks of the Russian invasion of Ukraine, as tensions between the U.S. and Russia began to mount, Roscosmos head Dmitry Rogozin threatened to strand U.S. astronaut Mark Vande Hei on the International Space Station by refusing him access to the SOYUZ spacecraft scheduled to return him to Earth. Thanks to SpaceX, it would only have delayed his return pending shuffling payloads around on the next SpaceX Dragon crewed spacecraft. That’s also only because President Donald Trump for all intent and purposes broke the Obama-era reliance on Russia for access to low-Earth orbit. And that’s a good thing. NASA’s “Mega Moon Rocket,” which was way over budget and decades behind schedule, is being rolled from launch configuration in the Kennedy Space Center back to its Vehicle Assembly Building after three failed “wet dress rehearsals,” scrubbing current plans for a fourth attempt and dashing any hopes for a July launch of an unmanned Orion moon capsule. Thank Trump for SpaceX.

As commercial access to space becomes more egalitarian, woke culture is driving NASA towards inequity — ironically, all in the name of “equity.” The “Artemis generation” astronaut class of 2021, the first class selected in four years, netted two white men, four men “of color,” and four white women. The selection process was ostensibly delayed two years due to COVID, but those in the know suspect the files of lesser qualified candidates were revisited to gerrymander an outcome more suited to placing “The first woman and first person of color on the Moon.” Only half of the new class has pilot credits.

Two additional candidates have been selected to train along with the Artemis generation — United Arab Emirates’ Nora Al Matrooshi, a “woman of color,” and Mohammad Al Mulla, a “man of color.” Of the two, only Al Mulla can fly, boasting a commercial pilot’s license and having served as a flight trainer for the Dubai police.

But flight credentials for astronauts might be a moot point in that the Biden administration has all but defunded space exploration in favor of “equity,” “earth science,” and “climate change,” giving up on any hope of fulfilling Trump’s timetable to return to the Moon by 2024. Biden’s NASA has not announced a new timetable to return to the Moon or demonstrated any serious capability of doing so.

It is more than ironic that the very technology that allows SpaceX to send commercial crews to space may mask the inevitable technical incompetence inherent in astronaut selection criteria that prioritizes gender and skin color over physical stamina and mental discipline. From the very first SpaceX crewed launch to the International Space Station, even veteran astronauts like Bob Behnken and Doug Hurley were pretty much cargo. True, they had touch screen readouts to “monitor” flight progress, but they had no way to influence the automated trajectory. Actual control was shared between onboard AI algorithms and ground control. In 2020, with SpaceX Crew-1’s Dragon Resilience capsule moored to the International Space Station and a Dragon resupply cargo capsule on final approach, they had to power down Resilience to avoid its response to commands meant for the cargo ship.

So — does it matter that NASA is spinning its wheels renaming its Washington, D.C., headquarters after a female black mathematician, naming and renaming asteroids and extraterrestrial real estate with Navajo names or after “astronauts of color?” Does it matter that NASA is doubling down on iniquitous “equity,” CRT human resource paradigms, and ex parte hiring practices?

Other than the gross wrong-headed unfairness of a government-funded space exploration agency pursuing social engineering agendas at the expense of efficiency, resiliency, and even crew safety? No. Not really.

Axiom-1 was no joyride. Four dedicated crew members spent thousands of hours learning the ins and outs of surviving the confines of the International Space Station. They worked countless hours with industry sponsors rehearsing requisite skills and spent 15 hours per day performing 25 different experiments encompassing over 100 hours of critical and even vital research. The only difference between their work and government missions is that theirs were more intense, conducted over a much shorter, by nature more demanding time schedule, under the auspices of a private company with paying customers. And it was accomplished outside of the woke CRT bubble. If NASA is surrendering the torch, the private sector is enthusiastically accepting it.

Axiom-1’s success extends the promise of a truly privatized, democratized commercial space program. It offers hope, as it prioritizes competence (and a modicum of cash) over skin color or gender — and may reach even further.

In addition to being white, male, and rich (and therefore unaffected by CRT-driven hiring exclusions), the Axiom-1 crew presents interesting age dynamics. López-Alegria and Stibbe tip the scales at 64, Connor at 72, and Pathy is the “baby” at 52, offering hope for surviving baby boomers that if the prices drop fast enough, we may still have a crack at space travel in one way, shape, or form (other than having our ashes shot into space on a reasonably affordable rideshare mission). And in the words of López-Alegria, “Make humankind all the better for it.”