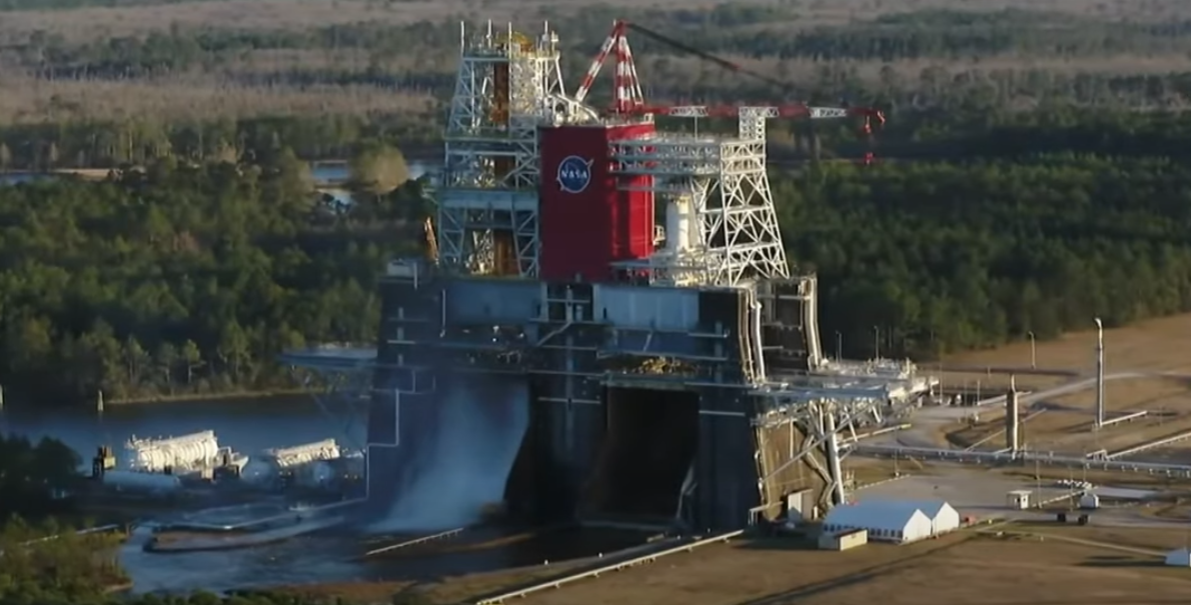 Bad news from NASA. Last Saturday’s hot fire test of the Artemis Space Launch System (SLS) was … unimpressive. The test plan called for the 212-foot, 2.3-million-pound core stage rocket to fire all four Aerojet Rocketdyne RS-25 engines for a little more than eight minutes — simulating a full-duration launch. They clamped down to the Stennis Space Center’s gigantic Apollo-era B-2 test stand in southern Mississippi, pumped it full of 733,000 pounds of liquid hydrogen and liquid oxygen and started the countdown.

Three, two, one: All four engines thundered into life, building up to 1.6 million pounds of thrust — only to be shut down by onboard computer systems after barely more than a minute.

And NASA was doing so well. OSIRIS-Rex touched down on asteroid Bennu, scooped up samples, and is now jockeying for position to return the samples to Earth. Successive rovers and excavators are exploring the surface of Mars, and after 12 years of reliance on Russian rockets to access the International Space Station, NASA has access to a nimble, affordable, and reusable “domestic” launch capability (albeit through Commercial Crew Launch partner SpaceX).

The Artemis Moon to Mars program is all that’s left of President George W. Bush’s Vision for Space, a vision that would have replaced the aging Space Shuttle, completed the International Space Station, returned astronauts to the Moon by 2020, and launched for Mars soon after.

When President Barack Obama gutted Project Constellation’s SLS, he did so without consulting Congress. Congress responded by passing a four-year authorization bill directing NASA to proceed with SLS. It was a rice-bowl move, designed to prop up the Shuttle Industrial Complex, a mutual admiration society consisting of Congress, NASA, and industry to keep taxpayer dollars in a circular flow. The NASA administrator was directed to use existing contracts, investments, and workforce from the Space Shuttle, Orion, and Ares 1 projects. He was also directed to use Space Shuttle–derived components, including liquid fuel engines and external tank or tank-related capability, and operate from associated testing facilities. Enough funds were doled out to keep lobbyists happy, but not enough to achieve actual progress.

When President Trump put NASA back on track, he found it saddled with an underfunded program based on obsolete Shuttle technology. The basic plan was still to cobble together a mammoth Atlas V–style rocket, powered by four strapped-together Shuttle-era RS-25 rockets and side boosters, to launch Orion, a “super-sized” Apollo capsule. The boosters and the core stage would fall and sink into in the ocean, and eventually the Orion capsule would reenter Earth’s atmosphere and parachute to a soft water landing.

With a new mandate to return crewed missions to the Moon by 2024, NASA began pulling out all the stops to make Artemis work. Old shuttle engines were located, cleaned up, and put through their paces. Work began on the core Artemis launch vehicle. But it was an uphill struggle. The bloated Shuttle Industrial Complex remained in place, progress remained frustratingly slow, and Vice President Mike Pence threatened to scrub the SLS in favor of commercial launch options.

NASA was definitely hearing footsteps. Work accelerated. Teams were organized horizontally so they could work on parts of the rocket in parallel rather than in series. A prototype core launch vehicle was transported to Stennis, fitted with four refurbished shuttle rockets, and after a year-long series of “Green Run” tests, it was fitted to the B-2 test stand, fueled up, and fired. Because it was their only prototype and any serious damage would be catastrophic to the program, on-board computers were programmed with “extremely conservative” shutdown parameters.

Outgoing NASA Administrator Jim Bridenstine painted last week’s aborted hot fire as a success. “Saturday’s test was an important step forward to ensure that the core stage of the SLS rocket is ready for the Artemis I mission,” said Bridenstine. “Although the engines did not fire for the full duration, the team successfully worked through the countdown, ignited the engines, and gained valuable data to inform our path forward.”

Kathy Lueders, NASA associate administrator for human exploration and operations director, agreed. “This was a great test. The best tests are the ones we learn from. We needed these tests to buy down risk for crewed missions,” she said. “We’ll take what we’ve learned and apply it to the next vehicle. We are committed to a vision of us flying crew transportation for deep space exploration.”

Marshall Space Flight Center SLS program manager John Honeycutt concurred. “I will tell you that in flight we would have continued to fly after encountering the condition that we saw on the test stand,” he said. “For the hot fire test, the control systems were set up to save the vehicle from this condition [for future testing].”

And therein lies the rub. SpaceX has a hangar full of Starship shells waiting to be fitted with reusable Raptor engines for successive test launches. NASA, after all this time, has one prototype Artemis core, which, according to Bridenstine, can only be fueled and fired nine times before its viability as a test bed is exhausted. Do they accept the data gleaned from the aborted hot fire and move the core to Kennedy Space Center (KSC) for booster fittings and a test flight later this year, or do they run another hot fire and reduce this particular cat’s remaining eight lives to seven, before it even leaves Stennis?

“The amount of effort to get the first rocket complete has been huge,” Bridenstine said. “Now we have the all of infrastructure, all the tooling, we have all the capacity to really accelerate the production of SLS rockets, we have the ability to drive down costs, and improve efficiency moving SLS forward to a second core stage, a third core stage, and ultimately land the first woman and next man on the Moon by 2024.”

But will a Biden–Harris administration, with its disdain for space exploration and inward fixation on global warming and “earth sciences,” allow them to move forward?

NASA asked for $3.3 billion in the last presidential budget and received “only” $850 million. The Biden team will certainly be eyeing that $850 million.

“This is so important,” Bridenstine said. “We have strong bipartisan apolitical support for the Artemis Program. What is more important than the $3.3 billion is the fact that we have support from members of congress on both sides of the aisle.”

Of course, that’s the same congressional “support” that saddled NASA with the cumbersome, wasteful, obsolete SLS concept that NASA is trying so hard to make work.