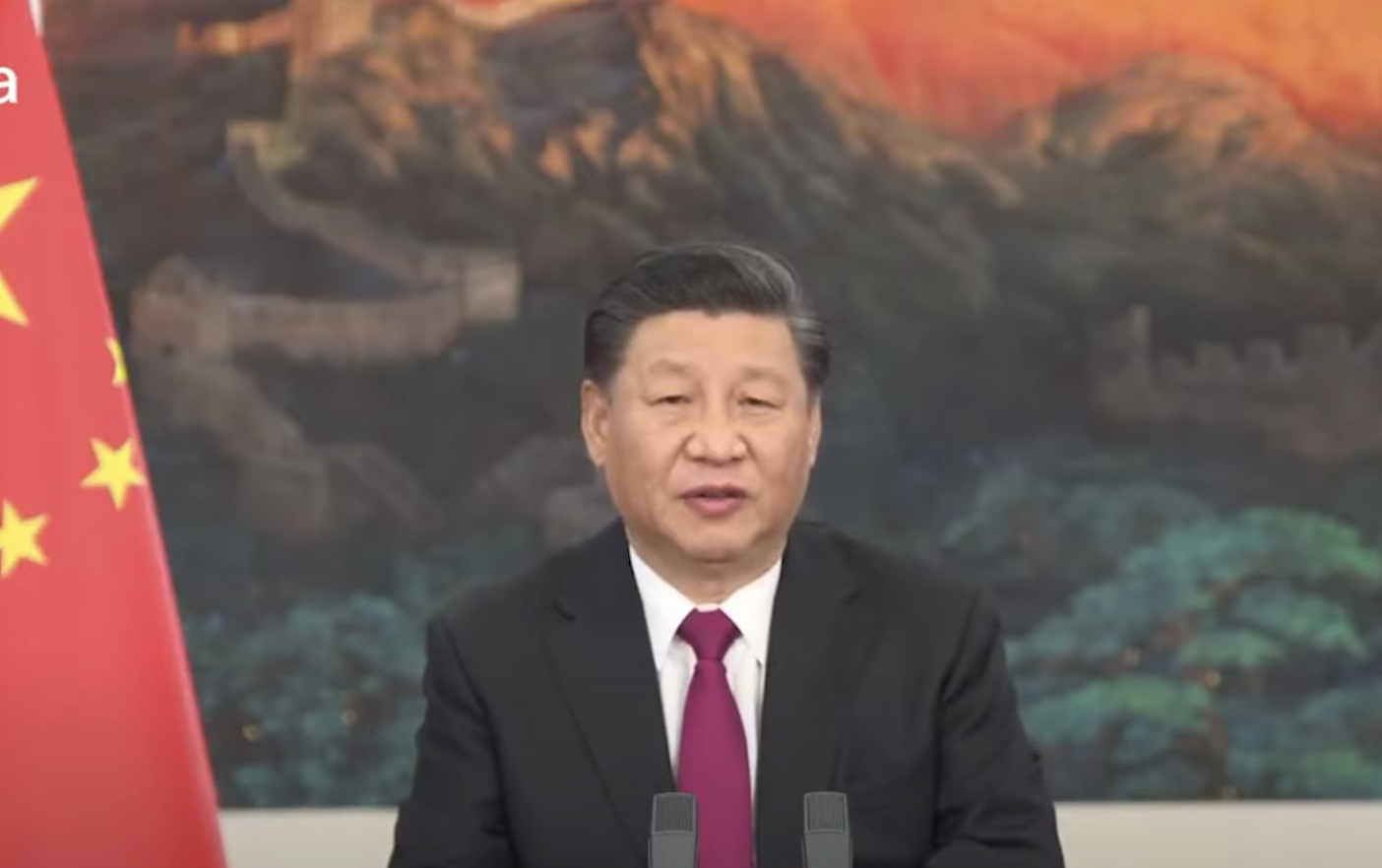 Xi Jinping’s kick-off appearance at the winter Davos week this Monday had a simple message for newly inaugurated President Joe Biden: bring America back into the fold, or suffer the consequences.

The speech, which opened and closed with World Economic Forum (WEF) Chairman Klaus Schwab heaping praise on Xi, was the Chinese president’s first appearance at Davos since he spoke there in 2017.

The atmosphere this time around was no less surreal, at least at first glance. What is the strongman leader of the largest communist nation in the world doing headlining the premier event for the world’s free-trading liberal internationalist elite?

Xi wants the world to believe that it is now China, not the U.S., that forms the linchpin of the international order.

Of course, there is no real mystery here. China’s use of global organizations to its advantage has been evident as far back as its entry into the World Trade Organization (WTO). The WTO’s kowtowing to China throughout the coronavirus pandemic was an embarrassment observed by the entire world.

In light of the past year, Xi’s speech had the tone of a victory lap crossed with a warning directed at the United States. The overarching theme was globalization and transnational integration — the more of it, the better, and no need to read the small print.

Building an “open world economy,” according to Xi, means keeping “the global industrial and supply chains stable and open” and upholding “the multilateral trading regime,” a thinly veiled dig at the hawkish trade policy pursued by the Trump administration in the past four years.

Such openness would also require taking down “barriers to … technological exchanges.” Technology transfers, both illegal and voluntary (in exchange for business deals) constitute perhaps the single greatest method of wealth extraction by China against the United States.

Xi was keen to push China’s interests on other fronts as well. A substantial, and perhaps unexpected, portion of the speech was dedicated to the worldwide “North–South gap,” which can be remedied only by giving developing countries “stronger representation and voice in global economic governance.”

Needless to say, China’s interests and assets in the global South — particularly Africa — are vast and growing, both as part of the Belt and Road Initiative and through other projects. No doubt Xi wishes to maintain elite approval of China’s international economic agenda. But Xi’s push for greater representation for developing countries could come from a place of much greater ambition. China’s outsize importance for many African countries means that it has many of them in its pocket when it comes to votes at the UN and WTO and political allegiance on the world stage. Giving “stronger representation” to the global South, as altruistic as it sounds, is Xi’s way of pushing for further strengthening of the Chinese international coalition.

At times, the speech veered into parody, such as when Xi implored that “the strong should not bully the weak” — another dig at the U.S., no doubt, but baldly hypocritical given China’s recent escalation of tensions with nearly every single one of its neighbors over territorial disputes.

All in all, the script was thin on policy specifics and thick on textbook platitudes about globalization, as is often the case with WEF speeches. What will prove more important than what was said will be the message sent by Xi’s appearance. Davos has always been a primarily European event, and the Chinese premier was flanked this year by heavyweights such as French President Emmanuel Macron and outgoing Chancellor of Germany Angela Merkel, as if symbolic of the growing ties between the EU and China.

In short, Xi wants the world to believe that it is now China, not the U.S., that forms the linchpin of the international order. He is warning Joe Biden to keep well away from Donald Trump’s belligerence, lest the Biden administration be discredited in the eyes of the kinds of people who would attend Davos.

What might a Chinese-led international order look like? According to Xi, it is one free of “ideological prejudice.” In other words: worry less about tyranny or totalitarianism and focus on keeping the gravy train running. That line surely got an extra round of applause out of Klaus Schwab.