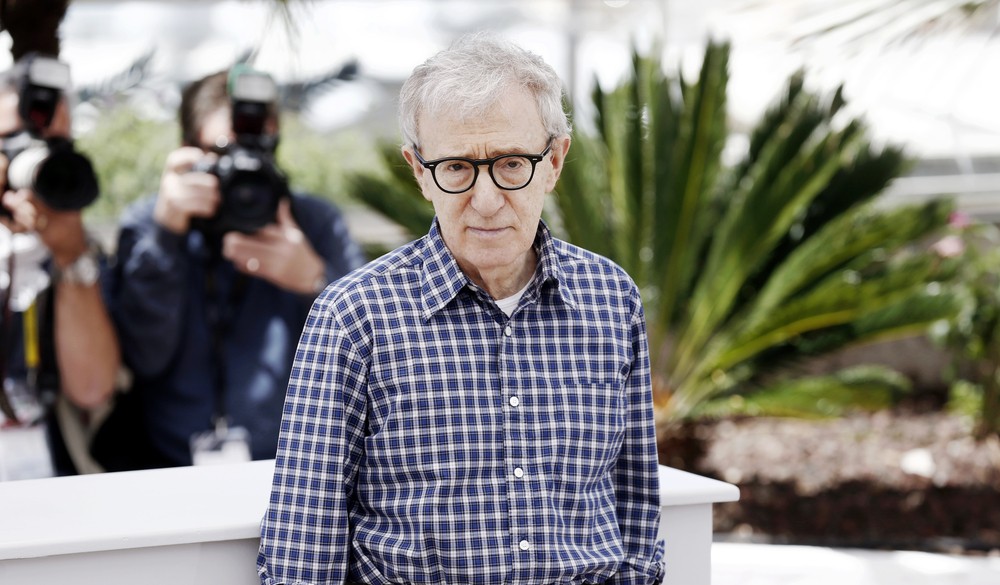 Many years ago, I lived on the Upper East Side of Manhattan for over a decade, and during that period I was an exceedingly ardent pedestrian. But even though actor-director Woody Allen lived nearby and was also famously what the French call a flâneur (“a man who saunters around observing society”), I saw him in person only twice. One morning in the early ’90s, in that strange stillness that you can experience in the big city just after dawn and before the start of the rush hour, I was sitting on the front steps of the building where I lived at First Avenue and 54th Street, reading a book, when I caught sight in my peripheral vision of a lone pedestrian who was shambling along on my side, the east side, of First, headed north. I looked up. It was Woody, taking his morning constitutional.

Several years later, in October 1998, I relocated from the U.S. to Europe, and on the day when my partner and I left our apartment on East 89th Street for the last time in a taxi, a cat carrier on each lap and a big, leafy potted plant between us, we turned onto York Avenue and whom did I see walking down the sidewalk on the west side of the avenue but Woody and Soon-Yi Previn, this time headed south? No, I know it seems too perfect to be true — the very personification of Manhattan (at least for a cinephile of my generation) turning up at the moment we left, as if to bid us goodbye — but it happened.

This past Saturday, Woody, who’s in Spain making his 50th movie as director, told the newspaper La Vanguardia that it’ll be his last. If so, it will, like the death of Queen Elizabeth II, mark the end of an era. Is it hyperbolic to compare the conclusion of Woody’s film career to the death of the queen? Perhaps. But maybe not for a native New Yorker who was there at the height of Woody’s career, when for many of us in the Big Apple he was something close to local royalty. Elizabeth, born in 1926, ascended to her throne in 1952; Woody, born in 1935 and allergic to formal education, quit college and kicked off his show-business career around the same time.

And success came fast. He was a top TV writer in the 1950s, then a top stand-up comedian in the 1960s. By the late 1970s, when I was in graduate school, he’d become the most celebrated filmmaker in  the world, whose “early, funny movies,” as they came to be known — Take the Money and Run, Bananas, Everything You Always Wanted to Know about Sex* (*But Were Afraid to Ask), Sleeper, and Love and Death, all released between 1969 and 1975 — had been followed by Annie Hall (1977) and Manhattan (1979), the former of which won an Oscar for Best Picture and the latter of which was hailed on the cover of Time magazine (which mattered then) with the headline “A Comic Genius: Woody Allen Comes of Age.”

In those long-ago days, at least in New York City, every new Woody movie was an event. On opening day, fans lined up around the block. By the early 1980s — four decades ago! — he’d already made so many audience-pleasing pictures that a revival house in Manhattan regularly held retrospectives of his work, as if he were one of the cinema veterans of earlier generations whom he revered, such as Federico Fellini or Akira Kurosawa. So central was he to the zeitgeist that my best female friend in grad school routinely copied Diane Keaton’s attire from Annie Hall, and late one night my best male grad-school friend and I could think of nothing more interesting to do with a few free hours in Manhattan than to walk along the East River searching for the bench on which Woody and Diane had sat together in one memorable late-night scene in Manhattan.

Between 1983 and 1987 came what may be the best run of Woody’s career — Zelig, The Purple Rose of Cairo, Broadway Danny Rose, Hannah and Her Sisters, Radio Days — five movies in a row that splendidly showcased his wit, imagination, and sensibility. There followed a series of darker pictures — September, Another Woman, Crimes and Misdemeanors, Alice, Shadows and Fog, Husbands and Wives — which, coincidentally or not, were released in the later years of his relationship with their lead actress, Mia Farrow. It was at around this time that I stopped rushing breathlessly to the movie theaters to catch Woody’s latest.

During his first post-Mia decade, Woody made several charming, funny films — Manhattan Murder Mystery, Bullets over Broadway, Everyone Says I Love You, and Hollywood Ending — but also clunkers like The Curse of the Jade Scorpion. Since until recently he stuck faithfully to his practice of putting out a new movie every year — whether or not he’d managed to scrape together a decent script — you never knew whether you’d get something from his top shelf or from his bottom drawer. But his record of achievement is nothing to sneeze at: Even in his old age, when this man whose name was once synonymous with New York has directed more movies abroad than at home, he’s done some of his best work — Match Point, Whatever Works, Blue Jasmine — and has released his biggest-ever box-office success, Midnight in Paris.

He’s been nominated for 16 Oscars for Best Original Screenplay, more than anyone else. And as if his filmmaking achievement weren’t enough, he’s kept busy throughout the decades spinning other plates. He’s acted in other people’s movies, from The Front (1976) to Fading Gigolo (2013). He’s written and starred in Broadway plays. And he’s contributed hilarious essays to the New Yorker, which over the years have been collected in several slim volumes. The latest, published earlier this year, is entitled Zero Gravity — the meaning of which, of course, is that nothing between its two hard covers should be taken at all seriously.

I ordered Zero Gravity as soon as I found out about it, and it didn’t disappoint. It’s the only book I can ever remember reading whose dedication made me laugh out loud:

To Manzie and Bechet, our two lovely daughters who have grown up before our eyes and used our credit cards behind our backs.

And of course Soon-Yi — if Bram Stoker had known you he’d have had his sequel.

If Woody’s movies of the last couple of decades haven’t always been as full of laughs as his “early, funny ones,” his short pieces are as rib-tickling as ever, crammed with delicious wordplay and based on wonderfully absurd premises. For example: a cow plots to murder a film director. A horse paints masterpieces. A dentist is reincarnated as a lobster. How General Tso invented General Tso’s chicken. How the Duke of Windsor invented the Windsor knot. And we meet a “smart car” so smart that it’s “grounded in … everything from Plato to Kant.”

I’ve seen all of Woody’s movies, I think, but I admittedly didn’t get around to watching his 49th, Rifkin’s Festival, until I’d read that his 50th would be his last. Set at the San Sebastian Film Festival, it stars Wallace Shawn (the “little homunculus” of Manhattan) as Mort Rifkin, a Woody alter ego who teaches film history and whose wife Sue (Gina Gershon), a movie publicist, is obviously hot for the hot young French director du jour (Louis Garrel) whom she represents.

I liked Rifkin’s Festival. Not that it broke fresh ground. On the contrary, like many of his later pictures it’s a jambalaya of Woodyisms. The pleasure of watching late Woody Allen is discovering how he’s going to rearrange the exact same pieces of furniture in the exact same room. If anything’s new this time around, it’s that he’s been self-conscious and witty about his borrowings from himself and others: Packed with echoes of his earlier movies and interspersed with black-and-white dream sequences that draw explicitly on scenes from Fellini, François Truffaut, Claude Lelouch, Jean-Luc Godard, Ingmar Bergman, Luis Buñuel, and Éric Rohmer, Rifkin’s Festival could — if it had been his last movie — have served as Woody’s perfect swan song, summing up his themes and influences. (READ MORE from Bruce Bawer: A Maoist Movie Master?)

For what it’s worth, Woody himself never made great claims for his cinematic oeuvre. He’s said that he likes a couple of them, including The Purple Rose of Cairo, not because he thinks they’re masterpieces but because he came close to doing what he’d set out to do. I do find it interesting that some people who didn’t cotton to his movies back in the day later changed their minds — perhaps because Woody, whatever his faults, continued to be a serious filmmaker at a time when the entire American film industry was busy selling out. Case in point: According to an invaluable 2017 account by David Evanier, John Simon of New York Magazine, who castigated Woody’s product for decades, ended up telling Woody over lunch, “You and [Orson] Welles are royalty—the others are sheep.” I might not fully agree, but when I think of Woody’s best work, I don’t feel strongly motivated to argue.