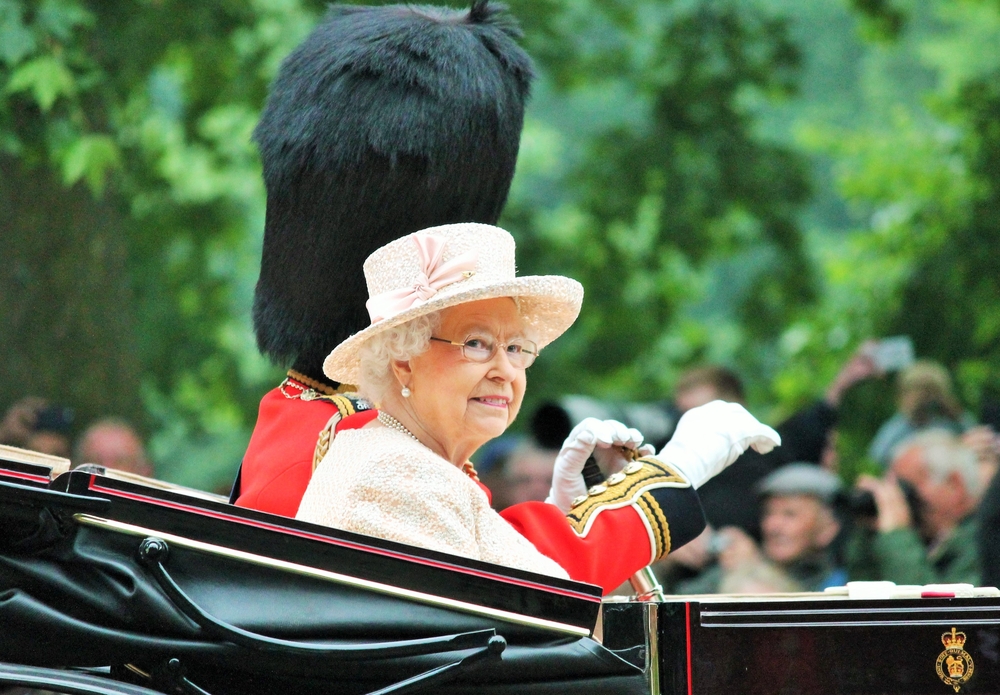 As news suddenly spread on Thursday afternoon that Queen Elizabeth II, 96, had passed, an outpouring of tributes flooded the airwaves.

On Newsmax’s American Agenda, John Browne, former member of Parliament and former aide to Prime Minister Margaret Thatcher — another British legend — paid tribute to the late queen. (Full disclosure: John is a Newsmax colleague of mine, and we are paired weekly to discuss events of the day.)

In taking in not just the queen’s death but also her remarkable 70-year reign, John suggested that she be known to history not simply as Elizabeth II but “Elizabeth the Great.”

Britain has had its share of historic monarchs, but without doubt Elizabeth II will be known to history as one of its most remarkable.

The span of her reign and the events and people that she encountered truly stagger the mind.

Elizabeth’s life changed unexpectedly and dramatically when her uncle, King Edward VIII, abdicated the throne in 1936 to marry the divorced American Mrs. Wallis Simpson. To say that scandal erupted would be to understate.

Suddenly Elizabeth’s father inherited the crown and became King George VI. This put the then-10-year-old Elizabeth in line as the direct heiress to the throne. That moment arrived at her father’s death in 1952, making the 25-year-old young woman Queen Elizabeth II.

For the next 70 years, Elizabeth set out to provide a model of dignity, calm, and composure, becoming a rock of stability that would guide her country from that moment until this week.

Sixteen British prime ministers served under Elizabeth, the parade beginning with no less than Winston Churchill and ending just this week with Elizabeth’s approving the election of Conservative Party leader Liz Truss.

The events and people that crossed paths with the queen, as noted above, were stunning.

In 1940, at 14 — say again 14! — she addressed the nation on radio as World War II raged over and around England in what became known to history as the Battle of Britain, with Nazi bombs raining down on London. Children were being hastily evacuated, separated from parents, and, in some cases, sent not just out into the British countryside but to Canada, Australia, and even America. Churchill himself asked the young then-Princess Elizabeth to deliver a speech as a morale booster for Britain’s children.

Among other things, the young princess said this:

My sister Margaret Rose and I feel so much for you as we know from experience what it means to be away from those we love most of all.

To you, living in new surroundings, we send a message of true sympathy.

Her father the king was said to have been reluctant to let her do the broadcast, but, when it was over, he was filled with fatherly pride, exclaiming, “She’s exactly like her!” “Her” would be Elizabeth’s mother, also Queen Elizabeth, known in the day to be a beloved speaker.

This decidedly if unintentionally launched a life’s worth of speeches from the eventual Queen Elizabeth, notably including an annual and popular Christmas address that summed up the events that occurred throughout the year and in her own family. In December 2019, her speech was said to have an audience of 7.85 million.

In the course of her life, she was witness to or participant in a stunning number of historic events. In her later years she noted that “institutions … must continue to evolve if they are to provide effective beacons trust and unity.” And evolve she did.

As a teenager she was witness to the horrors of Adolf Hitler in World War II. At 20 she was a still-young princess as the Cold War erupted in 1947 with the Soviet Union’s Premier Joseph Stalin at the helm of the communists.

As queen she met with 13 American presidents, beginning with Harry Truman and, with the exception of Lyndon B. Johnson, reaching every other president, including Joe Biden.

And she had sense of humor. On one occasion, she secretly arranged a televised skit to celebrate the opening ceremony of the 2012 London Summer Olympics. The skit opens as she works alone in her office as James Bond himself — Daniel Craig — walks in dressed in black tie. He clears his throat, she turns and acknowledges him, and they walk out together. Bond escorts her to a helicopter, and as the helicopter hovers over the opening ceremony an actor portraying the queen jumps out with a parachute of the British flag. The audience was stunned — then caught on to Her Majesty’s joke. (READ MORE: Rest in Peace, Your Majesty)

The queen was also noted for doing her government homework. Elizabethan biographer Robert Lacey writes in his book Majesty: Elizabeth II and the House of Windsor that then-Labour Party Prime Minister Harold Wilson ruefully recalled that a proposal to build a new town in the British countryside had been laid out in a Cabinet Committee paper that Wilson had intended to read over the weekend — after his weekly audience with the queen.

The problem? Her Majesty was nothing if not thoroughly prepared for her weekly meetings with her prime minister, and she had read the proposal from cover to cover. And she brought it up — to a baffled Wilson, who had no idea what she was talking about.

I shall certainly advise my successor to do his homework before his Audience, and to read all his telegrams and Cabinet Committee papers in time, and not leave them to the weekend, or he will feel like an unprepared schoolboy.

Now Queen Elizabeth II, as was said of President Abraham Lincoln, “belongs to the ages.”

And without doubt she will surely be seen in history as exactly how John Browne describes her: