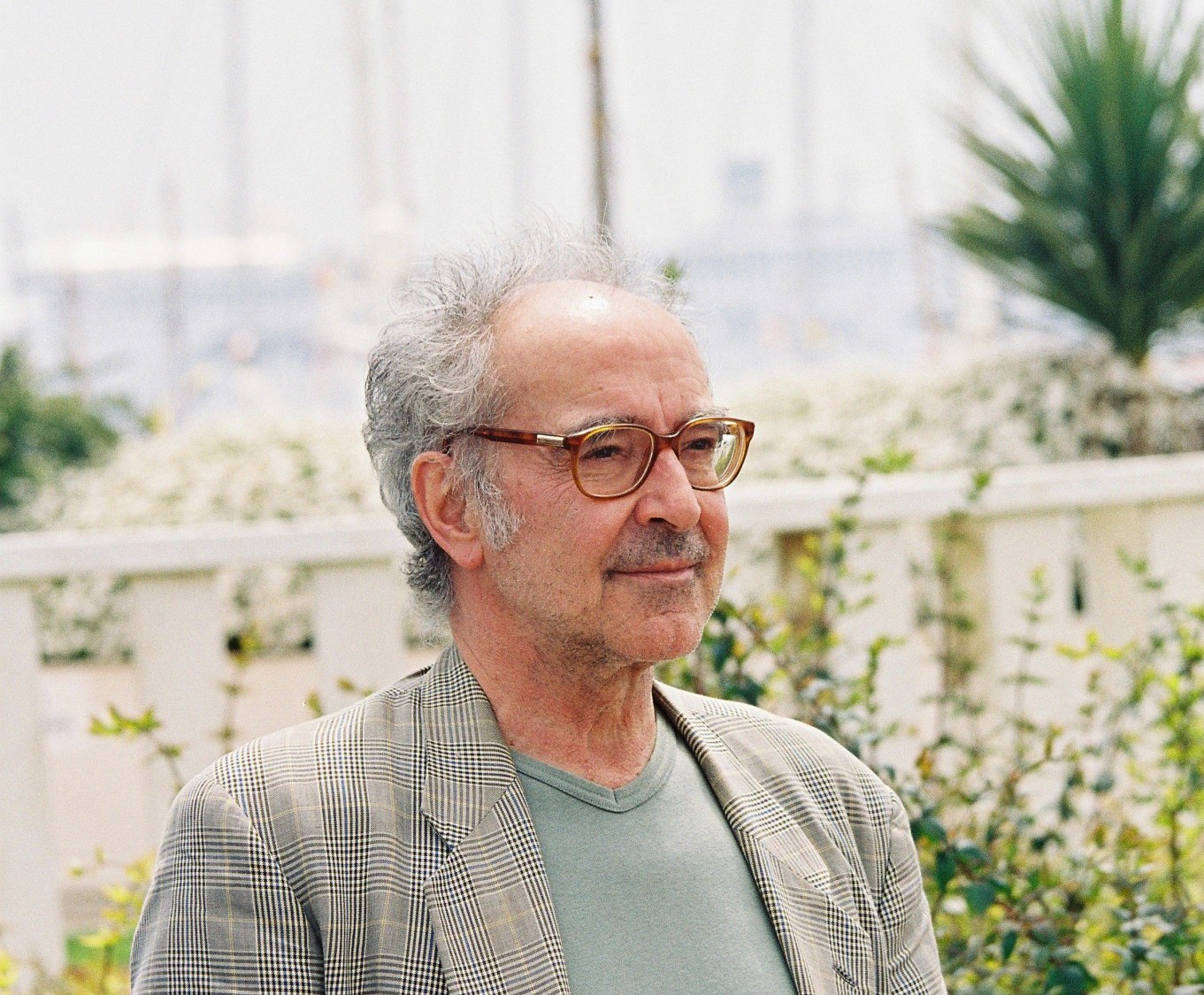 The news came on Tuesday. French-Swiss film director Jean-Luc Godard, who with François Truffaut, Claude Chabrol, Jacques Rivette, and Éric Rohmer was a key figure of the New Wave (Nouvelle Vague) movement and a tremendous influence on such later directors as Martin Scorsese and Quentin Tarantino, had died at 91. His New York Times obituary by Dave Kehr and Jonathan Kandell explained his importance: For Godard, “the ‘tradition of quality’ represented by the established French cinema was an aesthetic dead end” that “had to be vanquished to make room for a new cinema, one that sprang from the personality and predilections of the director.”

What kind of “personality and predilections” did Godard bring to cinema? Born into an “extravagantly wealthy” family, he contributed as a young man to André Bazin’s pathbreaking film magazine Cahiers du Cinéma. “When his parents refused to support him financially, hoping that he would take more responsibility for himself,” write Kehr and Kandell, “Mr. Godard began stealing money — from his family members and their friends and even from the office of Cahiers du Cinéma. This went on for five years.” Later, when his mother found him a TV job, “he stole from his employer and, in 1952, landed in jail in Zurich.” In short, you might call him the Jean Genet of cinema.

No surprise, then, that the characters in Godard’s first few films, which put him on the map and garnered immense attention and acclaim, were a parade of lowlifes: À bout de souffle (Breathless, 1960) gives us Jean-Paul Belmondo as a glamorous young cop killer; Une femme est une femme (A Woman Is a Woman, 1961) is about Angela (Anna Karina), who works in a cheesy strip joint, and her relationships with her husband, Émile (Jean-Claude Brialy), and her bedmate Alfred (Belmondo); in Vivre sa vie (My Life to Live, 1962), Nana (Karina) leaves her husband to become an actress and ends up a streetwalker; the eponymous hero of Le petit soldat (The Little Soldier, 1963) is a terrorist; the two protagonists of Les carabiniers (The Carabineers, 1963) are war criminals; and the three central characters of Bande à part (A Band of Outsiders, 1964) are robbers.

Which is not to dismiss these films outright. Hitting the movie houses at the same time as more conventional Hollywood pictures like Psycho, Spartacus, Elmer Gantry, Judgment at Nuremberg, Lawrence of Arabia, How the West Was Won, and The Music Man, Godard’s films weren’t better but were definitely up to something fresh and new. Personal, intimate, and more than a bit rag-tag, they featured erratic cutting and scoring techniques and had a rhythm that felt like the rhythm of daily life (at least if you lived in an unusually agitating big city and rushed around a lot). The Times obit notes that Susan Sontag likened the cinematic impact of Godard’s early films “to the effect the Cubists had on traditional painting,” whereas Tarantino felt that “Godard did to movies what Bob Dylan did to music.” For my part, I’m reminded of the changes wrought by the early 20th-century poetry of imagism and by the “confessional poetry” movement in the 1950s (down with W.B. Yeats and Wallace Stevens, up with Sylvia Plath). In any event, these early pictures are the best of his work.

When the student radicals of the 1960s came along, Godard — like Genet — became an instant fan and ally. Was anyone surprised that Godard, given his own upper-class background, felt an affinity for privileged Gallic youth who were playing at revolution? These new developments altered his movies dramatically. Based on Fyodor Dostoevsky’s Demons, the stultifying La Chinoise (1967) is about a Maoist cell in Paris composed of five university students who endlessly debate fine points of totalitarian ideology. (Sample lines of dialogue: “The bourgeoisie will never give up power without a fight forced upon them by the revolutionary masses.” “Mao’s ideas can help.… You need sincerity and violence.” “Politics are the starting point of practical revolutionary action.… All revolutionary party action is applied policy.”) These students are so radical that they consider the USSR counterrevolutionary, and therefore they decide to kill a Soviet official. The only good part of the film is the Cole Porter score. (Joke.)

In Un film comme les autres (A Film like Any Other, 1968), footage of the soixante-huitards in action alternate with sequences in which a group of five real-life radical students and workers — their faces kept out of the frame because some of them were wanted by the police — talk about “class consciousness,” name-check Leon Trotsky, Joseph Stalin, Bertolt Brecht, and the “liberator” Josip Broz Tito, and discuss plans to plant a bomb at a café crowded with members of the bourgeoisie.

Then there’s Le Gai Savoir (The Joy of Learning, 1969). Based on Jean-Jacques Rousseau’s Émile, it’s yet another student talkfest in which two young people named Émile Rousseau (Jean-Pierre Léaud) and — no kidding — Patricia Lumumba (Juliet Berto) solemnly discuss class consciousness, “people’s revolutions,” and the limited ability of the cinema to address these phenomena. Throughout the film, the handsome Léaud — a Timothée Chalamet type avant la lettre — rocks a plaid scarf and smokes a cigarette very meaningfully against a jet-black backdrop while not a single strand of his absolutely perfect hair ever goes out of place. Vive la révolution!

In 1968, as his Times obit notes, Godard co-founded a collective called the Dziga Vertov Group, named for a Soviet filmmaker. More movies about class struggle and the evils of capitalism followed. Directed in collaboration with Jean-Pierre Gorin, Tout va bien (All’s Well, 1972), starring Jane Fonda and Yves Montand, was about a factory strike; it was followed by Letter to Jane, a commentary on a photograph of Fonda’s committing treason in North Vietnam. Not that Godard saw it that way: For him, the picture of Hanoi Jane helped answer the question: “What part should intellectuals play in the revolution?” (Meaning, apparently, that in his view Fonda counted as an intellectual.) Full of the highborn artist’s profound contempt for the bourgeoisie and theoretical love for the workers, Godard’s inert, pretentious billets-doux to Karl Marx are signal documents in the history of French elites’ susceptibility to murderous sentiments dressed up as serious proposals for socioeconomic change.

After he shook off, more or less, his rabid thirst for bloody socialist revolution, the utter annihilation of the bourgeoisie, and the installation in France of a savage people’s republic along the lines of Mao’s regime, Godard repented of at least some of his far-left sins, admitting in the documentary Ici et Ailleurs (Here and Everywhere, 1976), for example, that his Dziga Vertov Group–era films had proffered lies in the service of revolution. He also resumed making relatively apolitical movies, some of them featuring movie stars like Isabelle Huppert, Alain Delon, and Gérard Depardieu. He directed pictures based on King Lear and Georges Bizet’s Carmen. But he didn’t entirely abandon insipid political commentary: Film Socialisme (Film Socialism, 2010) was yet another impassioned attack on capitalist consumerism and decadence — by a man, mind you, who spent the last four decades of his life in Rolle, Switzerland, a glorious little jewel of a town on the shores of Lake Geneva. Nice work if you can get it, n’est-ce pas?