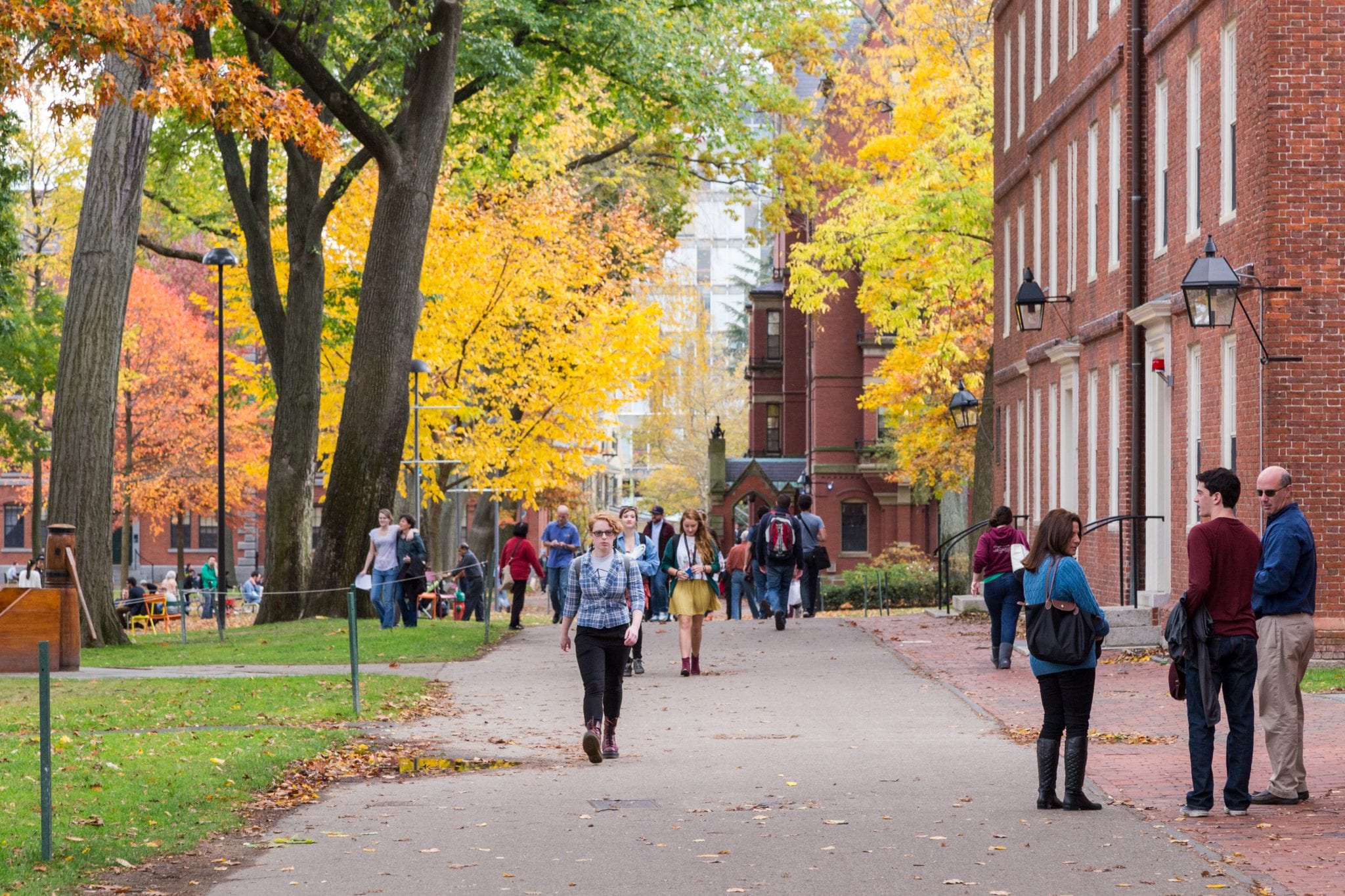 What a weekend it was! The soft gentle air of early autumn was upon us. Sweater weather. Straw hat weather. Perfect weather — to be on campus with a convivial crowd of like-minded friends taking in a Saturday afternoon football game, and for me something more. It was another episode in my longstanding reconnoitering of college life, always done incognito, with a smile on my face, and a pen and pad nearby to record the continued decline of a once-great American institution, the American university.

I encountered an inkling of the problem before even entering the university bookstore or a classroom or encountering a real-life prof. I had checked into my hotel and stepped out with my wife to reconnoiter the nearby pub, where we encountered two gray-haired ladies. I would call them spinsters. My wife noted that the air coming from an open window nearby was chilly, which she liked, having just arrived from Washington where the air was muggy. One of the women — an uninvited interlocutor — interrupted my wife’s reverie to tell us that the cool air was the result of climate change. Egad! Moreover, our uninvited interlocutor continued saying the inclement weather would continue and get worse. She was confident of this because she had studied for three years in — hold on to your toupee — Vietnam. I believe it is still called Communist Vietnam by us “deplorables.”

I thought to call her an idiot and was searching for an inoffensive way of putting it when she interrupted my thoughts once again. She proclaimed that Donald Trump and Mike Pence would soon be removed from office and replaced by Nancy Pelosi, who would choose Elizabeth Warren as her vice president. That would solve climate change and much, much more. I kid thee not. Such people stalk the college campuses of our great country quite freely, and volunteer their version of Breaking News bereft of any introduction whatsoever.

Needless to say, on most campuses that I visit, I have my spies on duty all year long, and this campus — which shall remain unidentified — is no different. From my spies on campus I have discovered that the humanities were experiencing a comeback. Students and their parents were discovering that students who graduated with a degree in, say, literature or philosophy or history were more likely to land ready employment than people who have degrees in identity studies. The reason is that students with degrees in the humanities have developed the capacity to think clearly and critically, as opposed to those who in identity studies can only regurgitate the biases that their professors spoon-feed them.

What is more, identity studies are one of the major reasons we have so few influential professors on university campuses today. In an age gone by we had learned from authoritative professors of history, say Arthur Schlesinger Jr.; literature, say Lionel Trilling; philosophy, say Allan Bloom; and many, many more. The universities they taught at were influential and respected seats of learning. Today they are in decline, though my spies now report there is reason for hope.

Well, I shall get back to you next year to tell you how my spies on campus are doing. My trip to the unnamed campus does remind me of one of my favorite pranks committed in times gone by.

In the early days of The American Spectator, we devised a scholarly debate to be held at Indiana University, pitting me against the scholarly and renowned Professor Rudolph Montag of Columbia University. Some 250 students and faculty turned out for the debate, avid to see me taken apart by the youngish and celebrated prof from Columbia University. They sat in rapt attention as Prof. Montag pummeled me with one tut-tut after another tut-tut. The trouble was that Montag never said much more than tut-tut or tsk-tsk.

In truth, the students and some faculty members at a major university sat attentively and watched a 28-year-old college dropout gibber on stage for 10 minutes until relief came when Montag received a pie to the face from one of our co-conspirators. The truth came out the next day when the dean of students at IU called the dean of students at Columbia to apologize for how badly Columbia’s star prof was treated while at IU. The Columbia dean reported that Professor Montag did not exist at Columbia.

More people than Dr. Montag had pie on their faces that day.