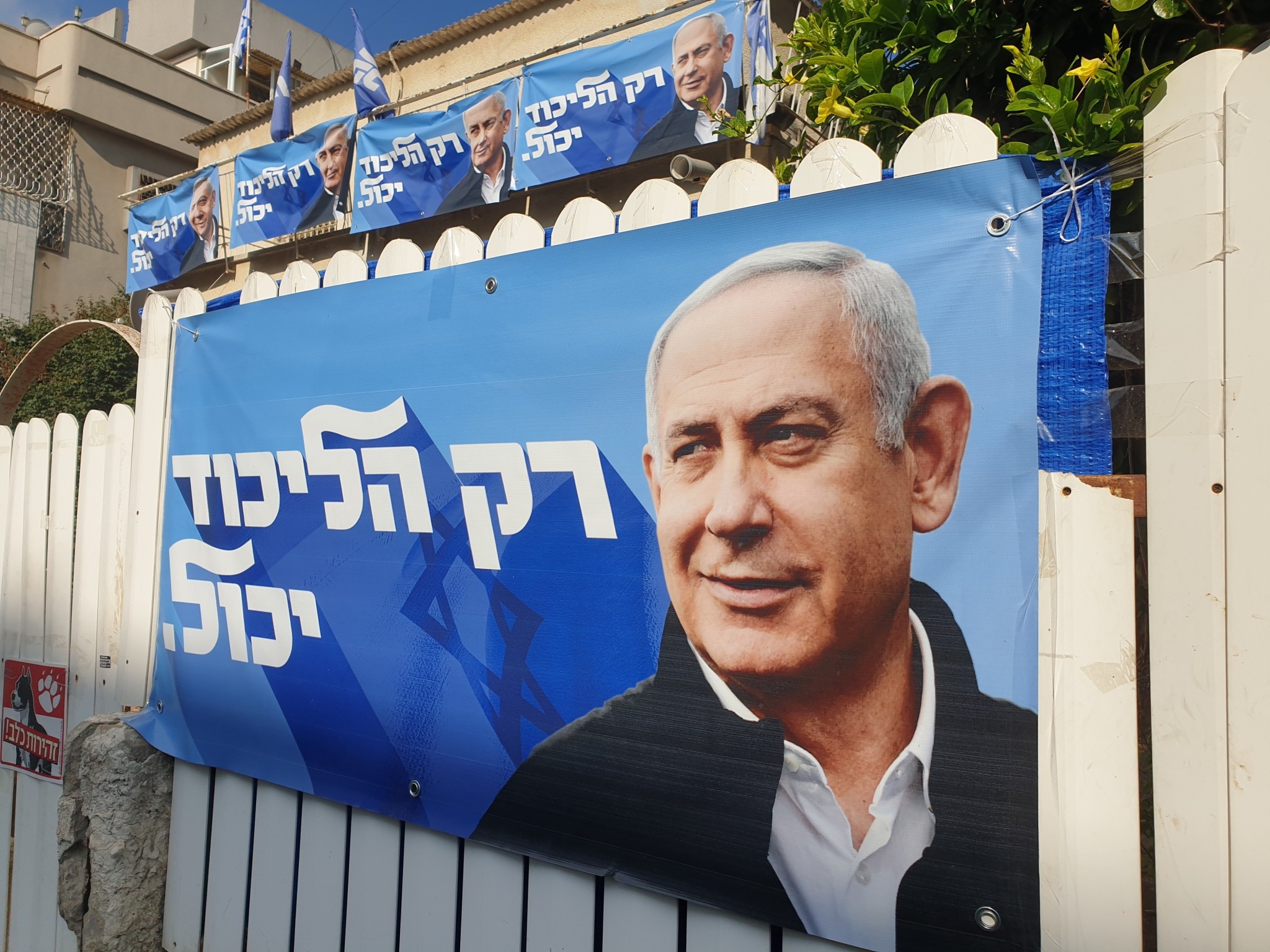 Israel is engaged right now in one heck of a battle royale over the culture and future course of the country. What makes the war so fascinating is its eerie resemblance to America’s social upheavals, but with one difference: American conservatives talk the talk, while Israel’s are walking the walk. The hysteria-drenched reaction of Israel’s Left — and the Right’s refusal to be intimidated — offers Republican conservatives a blueprint for action and a warning of what lurks here if we shrink from legally crushing the leftist oligarchy that has destroyed so much of America.

Israel has conducted five national elections these past four years. I have written about them, including here and here and here. Each subsequent election has been a “do-over” because of the insanity of Israel’s democracy-on-steroids parliamentary election system, compounded by the craziness (albeit fair) that ensues from giving Arab Muslims who wish to destroy Israel full voting rights and equality of parliamentary representation. Briefly, there are 120 seats in Israel’s parliament, the Knesset. Typically, 20–30 different parties (!) compete for seats in each election. In light of that chaos, a party must garner at least 3.25 percent of the total votes cast (the “threshold”) in order to qualify for Knesset seats. So a party that gets 25 percent of the total vote gets 25 percent of the Knesset’s 120 seats, i.e. 30 seats. A party that gets barely the 3.25 percent threshold gets 4 seats. A party that scores below the threshold gets none, and all their votes are wasted like Libertarian votes in Georgia and Nevada. Ultimately, 10 or so parties manage to exceed the threshold each election. One party gets 32 seats, one gets 11 seats, etc. To govern, the parties coalesce after the election and horse-trade their seats for policy concessions as they attempt to craft a coalition government. So a religious party will promise the conservatives to vote in favor of issues advocated by the right like tax cuts or increased military investments if the conservative party reciprocally agrees to support policies that respect and honor the Sabbath and kosher laws. On the other side — the Left — an anti-religious party will agree to vote its seats for socialism in return for the socialists promising to support desecrating the Sabbath and promoting the sale of pork.

In order to govern, it takes 61 seats — a majority of 120 — for a coalition to have a majority. But here’s the next kicker: Arabs who hate Jews and want to destroy Israel are allowed to compete equally, and they usually win 10 or so seats. If you grew up before Woke Math, do you see how the situation now gets even crazier? Inasmuch as the Nazi-like Jew-haters of those Arab parties never will join any Israeli government because “nothing personal, but we want you all dead,” that means it takes 61 seats of the remaining 110 seats won by Jewish parties across the spectrum to govern. See?

Again: 120 seats. 61 is a majority. Approximately 10 seats are Arab Muslims who eat Ben and Jerry’s and want to murder all the Jews. So it takes 61 of the remaining 110 Jewish seats to form a coalition. That comes to 55.5 percent of the Jewish vote. As we know from American elections, it is infinitely harder to accrue 55.4 percent than 50.1 percent, and that is why Israel needed five elections in under four years until the deadlock cracked.

Notably: In each of those five elections, the right-wing/religious alliance beat the left-wing/socialist/secular alliance handily:

The fifth was the charm. Israel now has a strong government comprised of a deeply conservative coalition that won over 58 percent of the Jewish seats. As I have written for years, the majority of Jews all over the world are right-wing conservatives, including Orthodox Jews in America.

(The only ones who did not get the memo are non-Orthodox Jews in America. There are many reasons for this, and I addressed the issue here and here and here. In brief, uniquely in America, approximately 40 percent of people who say they are Jewish are not Jewish. The others are Judaically clueless. They do not observe Judaism, do not observe the Sabbath, eat pork and shellfish, and would not know a Talmud if it hit them in the head. With nothing affirmatively Jewish to hold onto, they exchange the Democrat Party platform for the Torah. Their Passover Seders are about climate change and transgender bathrooms, not about the Exodus from Egypt and the Divine Revelation at Mount Sinai. ‘Nuff said on that for now.)

With the Right now firmly in control of the Knesset, the new government is vigorously working to prevent Israel from sliding into the morass America has become. Although the Woke control Israel’s mass media and entertainment industries, they have not yet completely taken control of all media and Israel’s academia the way the Left has suffocated America. Most importantly, the new government is pledged to rein in the crazy radical-left self-perpetuating and often corrupt Supreme Court.

Israel’s Supreme Court is nothing like America’s. They jump into cases where no party has standing. They interfere with laws that are not yet justiciable, not ripe for judgment. They fabricate and then superimpose their own laws and strike down legitimate Knesset legislation based simply on whether their cabal thinks something  “unreasonable.” Literally, if that handful of radical extremists  decide something is “unreasonable” to them, they strike it down. No case law. No precedent. Can you imagine being an attorney arguing before such a coterie of oligarchs? They have been imposing their radical left agenda for 30 years, since then-Chief Justice Aharon Barak made the Court the nation’s tyrant, creating the standard of “reasonableness.” (READ MORE: Israel’s Judicial Reform ‘Controversy’ Is Much Ado About Nothing)

And to keep things left-wing, the justices decide who gets to replace them. In America, new justices get named by the president and approved by the Senate. The voters thereby influence the direction of the court. By contrast, in Israel, the leftist justices have veto power over all new nominations. It’s like an American college’s social science department: they simply veto anyone who does not have an established leftist record. Several great judicial minds were canceled that way. And the committee that can veto new nominees includes lawyers who practice before the court. How’s that for conflict of interest?

The Israeli Supreme Court also has manifestations of corruption. The chief justice sat in judgment on cases involving companies that her husband represents. She got away with it. Supreme Court justices regularly allot coveted clerkships that assure recent law school graduates a successful law career for their lifetime to the children of their colleagues — it’s brazen nepotism.

So the public has voted five consecutive times these past four years for a coalition that has promised to reform the court, end the tyrannical rule by brazenly leftist self-perpetuating self-interested insiders, and return governance to the people through the elected Knesset. Now that the Right has the power to carry out its promised reforms, the Israeli Left is seeking to trounce democracy by screaming that the past five fair and free election results mark the “death of democracy.” Toward that end, leaders of the opposition are threatening civil war, and they are gathering demonstrators in Tel Aviv on Saturday nights.

The Israeli Right and religious public demonstrate in a different way: they vote. Their 2,500,000 votes outweigh the street demonstrations now organized by the leftist sore losers.

Here in America, we encounter the same garbage, with every Republican win bewailed as the “death of democracy.” So the Left manipulates the public by leveraging their stranglehold on the mass media to generate scary narratives built on lies. They control so much — academia, journalism, entertainment, media, football and basketball and women’s soccer and basketball sports leagues. But it is not enough for them. Until they crush every last independent spirit on the right, they will aim to overwhelm and to change rules. Add Puerto Rico and D.C. as states. Pack the court to 13 or 15 justices. Force transgenderism into children’s curricula and at public library book time. Ban plastic straws.

It is a fight for freedom. There. And here. The right-religious must not cave in there. And there is a real need to find some vigor in our battle here.