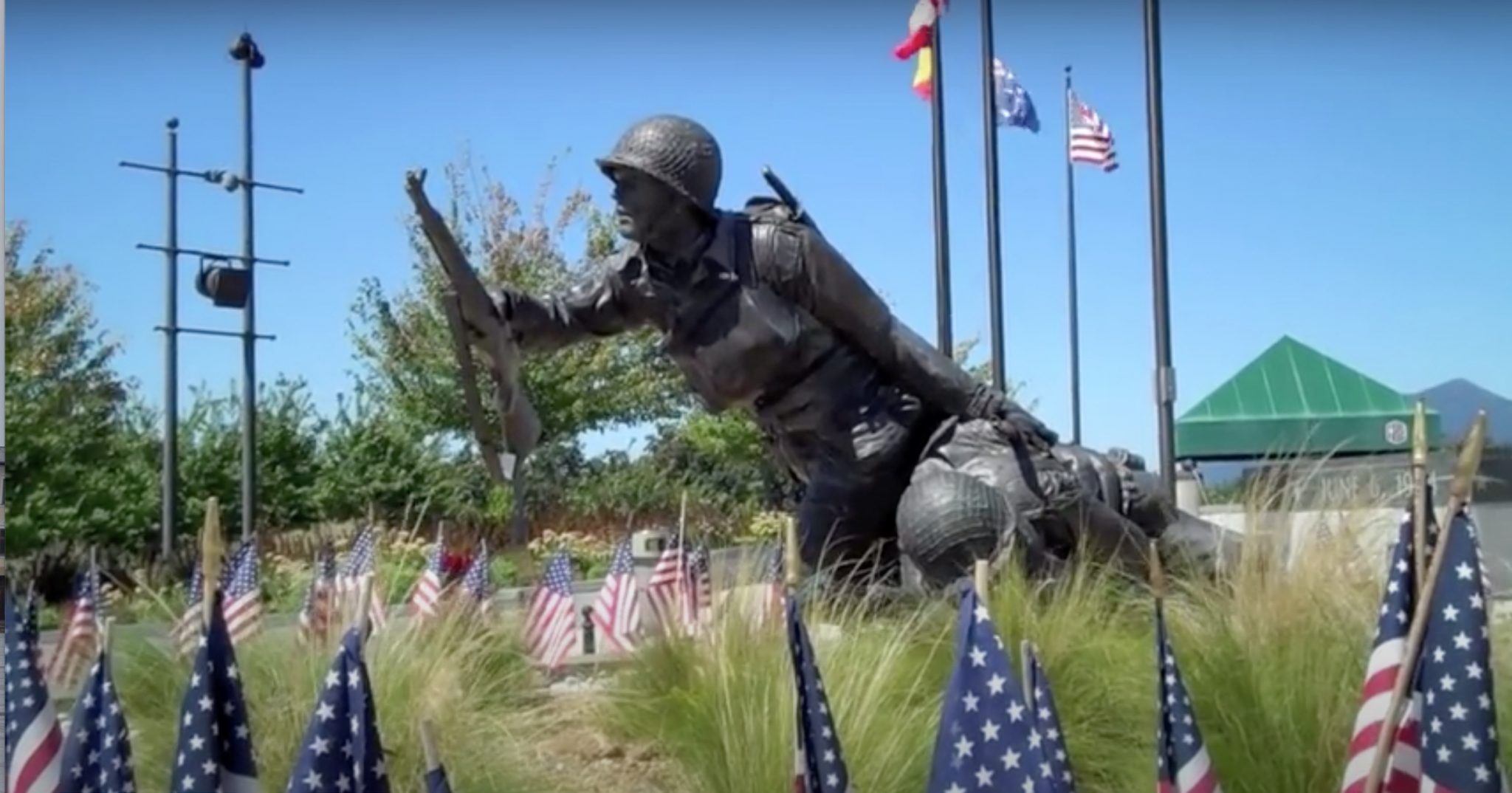 As leftists target monuments to everyone from Christopher Columbus to George Washington, Francis Scott Key, Abraham Lincoln, Teddy Roosevelt, and even all of Mt. Rushmore, I was reminded of a memorial not on their radar. No, I’m not talking about the 16-foot bronzed statue of Lenin in Seattle, nor the memorials to their revered racial-eugenicist Margaret Sanger. I’m thinking of the bust of Joseph Stalin that emerged in Bedford, Virginia, in 2010.

Do you remember that one? It remains on my mind, albeit not on the minds of progressives. First a history lesson, and then an update on the status of the statue:

Stalin’s chiseled mug sat at no less than the National D-Day Memorial in Bedford, where he was acknowledged as “General Secretary of the Central Committee of the Communist Party of the Soviet Union.” Stalin there joined FDR, Harry Truman, and Winston Churchill, who, ironically, finds himself in the ideological crosshairs of today’s Left, the subject of vandalization.

And yet the ideological mobsters haven’t had a murderous communist tyrant like Joe Stalin on their target list? Why is that?

That acknowledgment to Stalin at the D-Day Memorial was no secret. I wrote about it 10 years ago, as did others. The Victims of Communism Memorial Foundation had a website at one point (www.stalinstatue.com, now defunct), which featured a petition to remove the statue, with thousands of signatures from every state and dozens of countries, including some really upset folks from the former Soviet empire. Addressed to the National D-Day Memorial Foundation and President Barack Obama’s secretary of the interior, the petition demanded that the “true history of World War II must be protected from distortion and misinformation.”

Among that misinformation: “neither Joseph Stalin nor Soviet forces played any part in the D-Day landing at Normandy.”

Indeed, they did not. Even then, the Stalin bust represented a far graver distortion of historical reality. Consider:

Stalin was morally complicit in the violent deaths of all those boys (non-Russian) who stormed the beaches of Normandy on June 6, 1944. Five years earlier, during the dark of night August 23-24, 1939, Stalin’s USSR and Hitler’s Germany signed a secret pact leading to their joint invasions of Poland — first by the Germans on September 1 and then by the Soviets on September 17. Stalin helped Hitler start World War II. The liberation of France by U.S. and British troops on D-Day was necessitated in part because Stalin had helped Hitler start the war.

Speaking of which, it’s good to know that Stalin was a mass killer. When it comes to sheer death, it’s hard to surpass the Bolshevik tyrant. Alexander Yakovlev, a high-level Soviet official who became one of Mikhail Gorbachev’s chief reformers, estimated in his 2004 Yale University Press book that Stalin alone “annihilated … sixty to seventy million people.” If those numbers are too high, go to the Harvard University Press volume, The Black Book of Communism, which tags old dictator Joe with at least 20 million deaths.

The worst Confederate general can’t touch Stalin’s death count. Take all Civil War deaths and multiply them by 40 — only then do you start to approach Stalin’s butcher’s bill.

But who gets protested? Leftist mobs target Columbus, Washington, Saint Junipero Serra, even Ulysses S. Grant, the Union general who (ironically) defeated the Confederacy during the Civil War before going to battle against the KKK and fighting for the right of black Americans to vote.

And yet the ideological mobsters haven’t had a murderous communist tyrant like Joe Stalin on their target list? Why is that?

Well, alas, it looks like they’re off the hook for their hypocrisy. The Stalin bust is, apparently, no longer on display, quietly removed at some point.

Confirming that hasn’t been easy. I spent the last week doing everything but driving to Bedford myself to see if Stalin was still there. The only source that seemed to say that it wasn’t there is obscure, an online observation from a University of Texas at Austin doctoral student in historical preservation saying that the bust was “relocated to a secret location,” with staff “intending to reinstall it next to ones of Churchill and Roosevelt in the same order as the iconic Yalta Conference photograph in 2011, but never did so.”

We tried calling the D-Day Memorial repeatedly to get an answer. It apparently lacks living human beings who answer phones, not to mention a 21st–century voicemail system. But finally, we did get a response via email, with a staffer telling us only, “The Stalin bust was taken off of public display a decade ago, but is still in our collection.”

I’m not sure what that means. What “collection”? An art collection? A trash collection? Is it hidden? Is it stuffed in a closet behind a birdcage and box of boots? Does it reside in a massive government warehouse next to the Ark of the Covenant nabbed by Indiana Jones? It’s not clear.

But it does mean this: The leftist mob can remove the Stalin bust from its hit-list. Yes, yes, I know. I hear the sobbing now. I’m sure you guys and gals were on your way there with torches, spray-cans, paints, and chains — all fired up. Well, sorry to spoil the parade. I know, you’re crushed.

But hey, there is a Lenin statue in Seattle. Any takers?