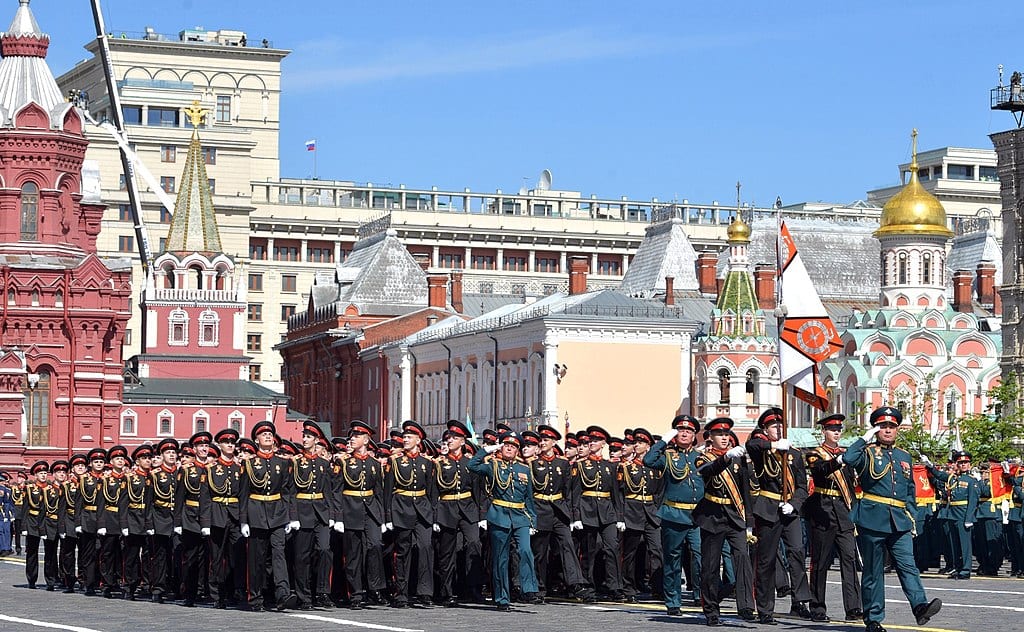 Nancy Pelosi wakes up every day wondering what the Russkies are up to.

“Every single day,” tweeted the San Francisco-Democrat-turned-Cold Warrior, “I find myself asking: what do the Russians have on @realDonaldTrump personally, financially, & politically? The answer to that question is that only thing that explains his behavior & his refusal to stand up to Putin.”

Gee, Congresswoman, I never knew you were such a Russia hawk. Actually, I never knew the entirety of the Democratic Party and progressive movement were such saber-rattling hardliners.

Obama CIA chief, John Brennan, claims that President Trump “is wholly in the pocket of Putin.”

But John Brennan, too, is now a Russia hawk. He’s gunning for the Russkies.

What is it with you, liberals? Do you see a bug-a-boo (FDR’s phrase to ridicule Congressman Martin Dies) under every bed? What’s next, Dems, a resurrection of the House Committee on Un-American Activities? Maybe Maxine Waters grilling staffers in the Trump White House: “Are you now or have you ever been a member of the Communist Party?”

Congresswoman, have you no shame?

It’s only a matter of time before Hillary Clinton heads to Wheeling waving a list of 205 Russian spies in the Trump State Department.

Where’s old Tailgunner Joe Biden to charge Trump with “a conspiracy so immense”?

This hypocrisy is outrageous. It’s outrageous that it took charges of Russian meddling against Hillary Clinton to finally make progressives give a damn about the dangerous deceit of the Kremlin.

“President Donald Trump had a golden opportunity on Monday to stare down Russian President Vladimir Putin and tell him, in no uncertain terms, that Russia’s meddling in the 2016 election was totally unacceptable, and that if anything like it continued going forward, there would be major and serious penalties to pay,” fumed CNN’s Chris Cillizza. Cillizza called it “the most shameful, stunning moment of the Trump presidency.”

Heck, Chris, that’s nothing compared to the shameful, stunning shooting down of Korean airliner 007 in September 1983, or the shameful, stunning shooting down of Pope John Paul II in May 1981 — merely two totally unacceptable actions committed while Putin was at the KGB in the 1980s. Ronald Reagan called the USSR an Evil Empire for such deadliness, and liberals howled in protest.

But those nasty Russians… they crossed a line when they went after Hillary’s White House bid.

For a hundred years the Kremlin has engaged in misinformation, murder, and mayhem. The Russian word for disinformation is dezinformatsiya. I wrote the foreword to a book on the subject, titled Disinformation, by the highest-ranking Soviet Bloc defector, Lt. Gen. Ion Mihai Pacepa. Liberals never gave a rip about Russian agitprop; quite the contrary, they dismissed it as paranoia by Red-baiting right-wingers. The Russians orchestrated deliberate “active measures” campaigns against the Reagan administration. And yet, when conservatives called attention to spies, dupes, fellow travelers, and agents of influence, liberals ridiculed them as McCarthyites.

Glad to see that progressives finally care. My response to liberals now seeking my opinion on Russian meddling? You’re too late.

Where were you when we tried to get you to pay attention to your hero Ted Kennedy and his secret overtures to the KGB? I suppose you’re ready to open your op-ed pages for me to weigh in on a scandalous dossier sitting somewhere in the Kremlin ripe for blackmail. But only if the dossier pertains to Donald Trump.

As readers here know, beginning over a decade ago I published (in English and Russian) a May 1983 KGB document on Ted Kennedy. I’ve also, however, tried to determine if the Kremlin is holding a larger Kennedy file. I would bet my house that there’s a big, thick, ugly file on Ted Kennedy somewhere in Lubyanka. Kennedy was a perfect target. As I noted here previously, a top Soviet handler presented a photo of an intoxicated Ted Kennedy dancing with the bride at a fake wedding in Moscow. The handler was Yuri Bezmenov, editor for Novosti, the Soviet press agency. One of Bezmenov’s core functions was to nab Western progressives and keep them “permanently intoxicated from the moment they landed at Moscow airport.” He offered as an exhibit the photo of Kennedy dancing at Moscow’s Palace of Marriages.

It makes you wonder what Moscow fully had (and still has) on Senator Kennedy. Donald Trump was a party boy? How about Teddy? Trump is a teetotaler. Teddy was a lush.

I asked one colleague, a veteran of the U.S. intelligence community, about the possibility of securing Kennedy’s file from Moscow. Here’s what he told me:

The KGB Teddy Files would comprise Crown Jewel intel. In the KGB/FSB/SVR/GRU tradition that kind of data is sacrosanct and would likely not be consigned to normal KGB archives. From what I know of that level of agent-of-influence (and they would have considered Teddy precisely that) and kompromat, such material would be held in the KGB Director’s personal safe. We received insight into those protocols from certain categories of defectors, most of whom I personally debriefed. We still don’t understand what became of the personal safe files of all those KGB Directors going back to Stalin’s day.

I have no doubt that Tsar Vlad Putin has an intimate knowledge of Teddy’s file — and God only knows what else on the Kennedy clan. I would venture that the useful detail therein would be on a par with what he holds on Clinton Inc.

Hmm … what Putin holds on the Clintons? I hadn’t even asked about that. That’s an intriguing thought. Of course, even if the Russians handed over certain “files,” we couldn’t trust the material. As my friend told me, asking Russian intelligence to provide “intel from their files” would be “sort of like Al Capone providing the feds with an ‘honest’ list of the politicians, judges, and cops he bought.”

So, good luck locating the dossier on Teddy. But you can’t blame a Cold War researcher for trying. And fat chance that liberal journalists would give it a squirt of ink in their newspapers.

Well, nowadays liberals are spilling lots of ink on Moscow dossiers—but only because the subject is Donald J. Trump. Reporters at the New York Times and CNN are practically modern-day John Birchers in pursuit of the grandest of Moscow conspiracies.

Today, July 2018, it took merely one Trump-Putin press conference for an AP reporter to ask Putin to his face if he had any compromising material on Donald Trump.

If only a reporter had asked such a question just once, over the course of decades, to Ted Kennedy.

But for liberals, it’s now a full-blown crusade against the Russkies. The guns and gulags and Yalta and Katyn and Alger Hiss and the Rosenbergs didn’t fire them up, but hell hath no fury like a Hillary supporter scorned by the Kremlin.