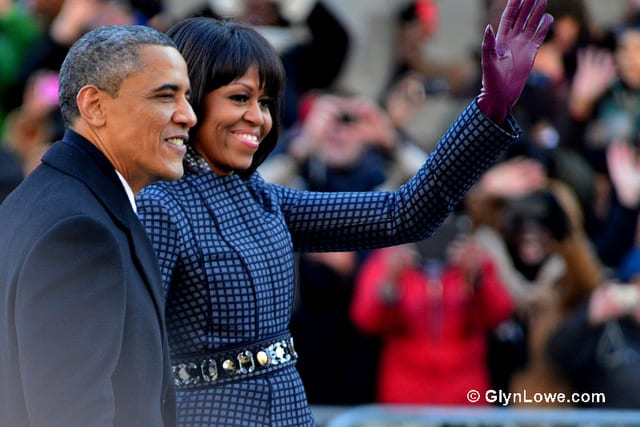 Not that anyone expected them to go away quietly.

Barack and Michelle Obama have just signed a Netflix deal, guaranteeing that your streaming habit will be even less safe from politics.

The Obamas are headed to Netflix.

The company announced Monday that the former first couple have signed a multiyear agreement to produce films and series for Netflix. The deal can include scripted and unscripted series, as well as documentaries and features. The content will be produced by Higher Ground Productions.

Here is the statement from The Lightbringer himself:

“One of the simple joys of our time in public service was getting to meet so many fascinating people from all walks of life, and to help them share their experiences with a wider audience,” the former presidentsaid in a statement. “That’s why Michelle and I are so excited to partner with Netflix — we hope to cultivate and curate the talented, inspiring, creative voices who are able to promote greater empathy and understanding between peoples, and help them share their stories with the entire world.”

There is enough manure in those few words to fertilize Wisconsin.

My biggest pet peeve is when highly paid politicians refer to their “public service.” Four hundred thousand dollars a year with a domestic staff that’s on call 24/7 in your mansion, followed by over $200K a year for life and all funded by taxpayers is not service. It’s a sweet gig. Building a house with Habitat for Humanity is service.

I am not quite sure how the Obamas were meeting these people from “all walks of life,” as it seemed as if they were spending most of their free time with the extremely wealthy people in Bel Air. I lived in West LA for all of the Obama presidency. The guy never stopped screwing up our traffic.

The statement from Netflix is even more nonsensical:

Netflix chief content officer Ted Sarandos said in a statement the Obamas “are uniquely positioned to discover and highlight stories of people who make a difference in their communities and strive to change the world for the better.”

The Obamas aren’t going to be out in “communities” looking for humanity’s hidden gems. They are going to be busy doing the thing they love most: being celebrities.

A common fear among the more imaginative anti-Obama people back in the day was that he would do something nefarious to keep himself in office past his term limits. I remember talking about that with an astute friend of mine who just laughed at the suggestion. I asked her what was so funny and she said, “They don’t want to be in politics, they want to be TV stars.”

I had never really thought of it like that before but as I watched the rest of the Obama presidency it made sense.

Face it, Obama’s presidential “accomplishments” will eventually be picked apart by honest historians in the far future. He was, however, very good at getting Hollywood lefties to adore him. Sure, they all love Democrats anyway, but Obama makes them swoon.

Most presidents leave office intent on writing a book or two, or finding a noble cause to throw their celebrity behind. The aforementioned Habitat for Humanity gained fame through the efforts of Jimmy Carter. George W. Bush does a lot of work with veterans.

Barack Obama got a production deal.

He can now has an excuse to keep hanging around other celebrities (“Hey-I’m in television now too!”) and, more importantly, influence politics through a powerful medium.

It’s rumored that the deal may see the Obamas as hosts of some projects, giving them the reality TV star status they’ve craved.

That’s a handy thing to know the next time a Democrat complains about President Trump’s television past.