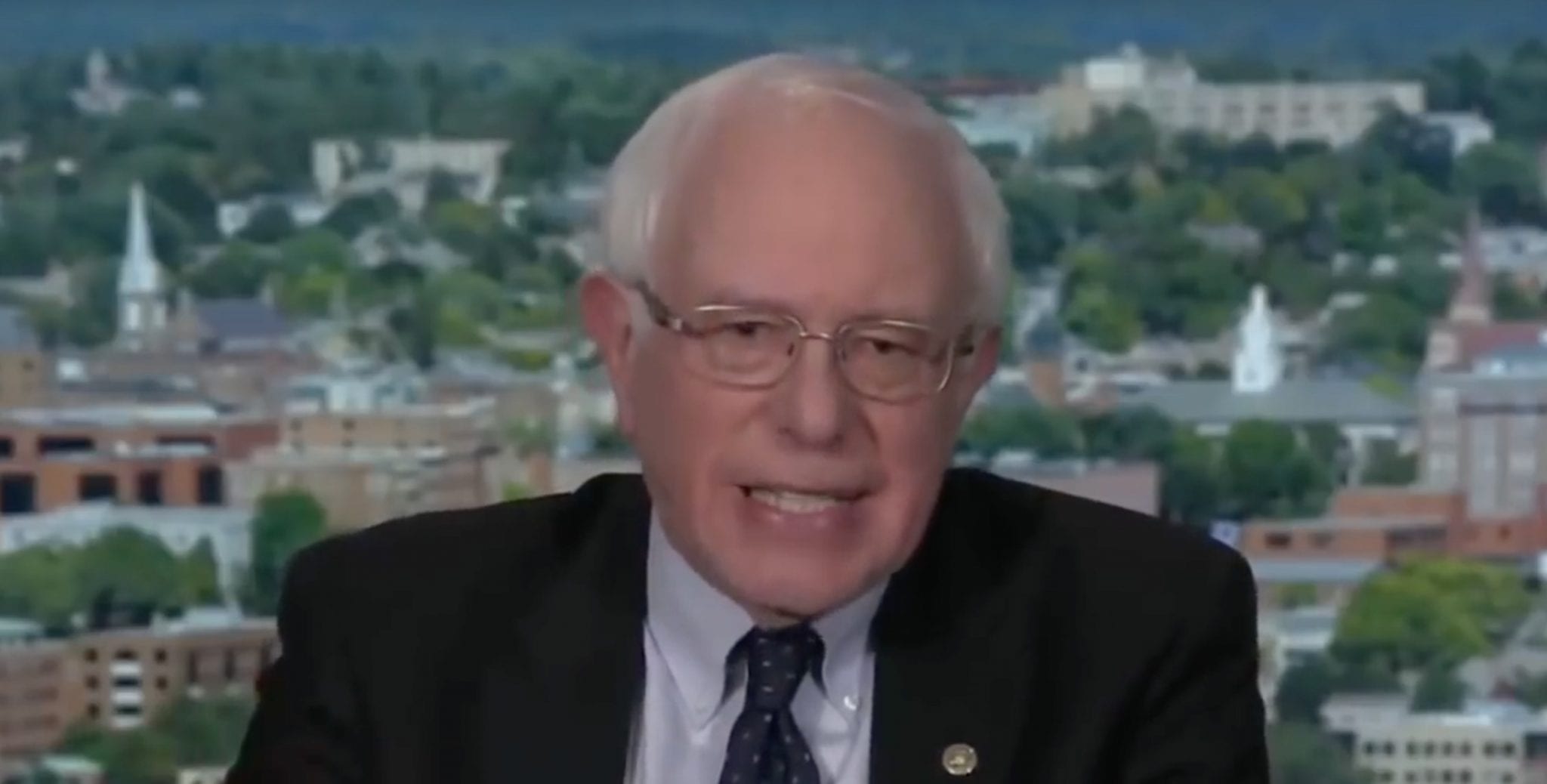 The mess in Venezuela is getting worse, but while that country is literally starving to death under the yoke of an incompetent, corrupt and malignant socialist dictatorship the hopes of a Ukrainian-style peaceful revolution or bloodless coup that would end the Nicolas Maduro regime are dimming.

That was the most apparent conclusion following last week’s attempts by the U.S.-recognized interim president Juan Guaido to ship desperately-needed food and medicine into the country. The government fired on aid workers at Venezuela’s borders both with Colombia and Brazil, setting trucks laden with humanitarian aid ablaze and kicking off civil unrest everywhere.

Conditions are so bad in Venezuela that one citizen in 10 has fled, starvation is rampant, the economy has all but collapsed, violent demonstrations occur daily, and government repression has reached the levels of the old Warsaw Pact nations during the Cold War. When Guaido and his allies sought to alleviate some of the suffering by shipping aid in from Brazil and Colombia, with American help, and the regime resorted to violence in stopping that aid with Maduro calling it a “Trojan horse” to bring revolution with it, it didn’t just signal how low the dictator will go.

What’s worse is that Venezuela’s military and security apparatus was willing to fire on their own people to keep food and medicine from going to the sick and starving. With conditions that bad, you’d expect the regime to crack. And while there were a number of desertions by low-level military personnel amid the humanitarian aid attempts, on the whole Maduro was able to hold the line.

Why? Probably because as those who have criticized Maduro and Hugo Chavez, his predecessor who built Venezuela’s socialist tyranny with the moral support of the American Left, have noted for 20 years, this is not simply a Venezuelan socialist dictatorship. Maduro’s regime is more of an occupying force, shot through as it is with Cuban military and intelligence operatives forming a police state. High-level military officials can’t desert, because they have too much to lose — their property will be stolen, they and their families will be tortured, imprisoned, and killed, and so on. And the Cubans policing the regime have nowhere to go; Havana doesn’t have jobs for them when they’re sent home by whatever would succeed the Maduro government.

Not to mention the billions of dollars Vladimir Putin and the Russians have spent propping up the Maduro regime, an investment which will keep Maduro’s inner circle loyal for the time being.

Which means this nightmare appears to have a lot longer fuse than had been hoped, and Guaido will have to skulk around as head of a government-in-exile in Bogota and Brasilia and Asuncion and other locales in an effort to build support for efforts at regime change. Guaido is promising to return home to Venezuela in the coming days, though if he does he’ll surely be arrested — or worse.

And things will continue to decline in Venezuela, where the public mention of Maduro’s name increasingly engenders vociferous exhortations to perform feats of anatomic impossibility.

Ultimately this is likely to result as most regime changes in Latin America do — in wholesale slaughter and with both sides bled white. There is little history of peaceful revolution in that part of the world, and the status quo in Caracas isn’t conducive to an exception.

Before it comes to Armageddon in Venezuela, though, there will likely be rather pronounced suffering of another sort. That being the pain of the American Left, whose coddling and moral support of the Chavez-Maduro tyranny in Venezuela (not to mention the parroting of its propaganda, particularly of the anti-American sort) is beginning to come home to them in ways they don’t like.

Take Bernie Sanders, for example, who has long held up Venezuela as a model for what he thinks America ought to look like. Sanders, by far the most overrated politician in modern American history and a man whose never-ending free ride in the mainstream media is an item of wonderment, is nevertheless beset by some of those unfortunate statements. Last week Sanders was forced to criticize the Maduro regime’s stopping those aid trucks and upbraid its use of violence, a stance which got him in trouble both with many of his hard-core socialist supporters, who accused him of getting in bed with Elliott Abrams and John Bolton for having criticized Maduro, and with more moderate elements of the Democrat Party who went ballistic when, on an appearance with Univision’s Jorge Ramos, Sanders refused to call Maduro a dictator.

That latter mistake, which Sanders repeated Monday on an appearance on CNN, has the failed carpenter and revolutionary poet under attack from several quarters. New Jersey Senator Bob Menendez let him have it the next night on the same network. “Dictatorship is dictatorship whether from the right or left,” Menendez said. “Dictatorship oppresses their people. I’m really surprised that Sen. Sanders could not at least call him a dictator.” And Congresswoman Donna Shalala, a former Clinton Administration official and president of the University of Miami, scorched him on Twitter:

I’ll make it clear, @SenSandersdoes not reflect the majority of the Democratic Party and our support for Venezuela’s interim president @jguaidoand the Venezuelan people. Maduro is a dictator and must go.

Sanders isn’t alone in having these problems, as Democrats are falling over themselves to escape connections with the Maduro regime. Kamala Harris, perhaps his chief rival for the Democrat nomination, put out a pair of tweets attempting to offer “leadership” on the Venezuela issue which couldn’t have fallen more flat. “What’s happening in Venezuela is a crisis,” the first onesaid. “The people who have fled Maduro’s dictatorial regime deserve safety and protection. As President, I would immediately extend TPS status to Venezuelans. It’s the right thing to do. America must show moral leadership in this hemisphere.”

And in the second, Harris decided to play schoolmarm. “The U.S. must immediately condemn Maduro’s violence against his own people,” she hectored. “There is no excuse for this. The Venezuelan military and security forces must demonstrate restraint. Venezuelans deserve a free and fair election and a peaceful transition of power.”

Harris was met by a torrent of catcalls, largely from Venezuelans who have zero interest in refugee status in America but rather would like to save their own country from socialist tyranny. They find little in her statements likely to aid in that cause.

So far, President Trump has played it fairly smart in Venezuela. He delivered a brilliant speech in Miami last week castigating Maduro as a thug and a dictator, pointedly referencing the Cuban role in that tyrannical regime and reiterating his opposition and the American revulsion to socialism as a governing philosophy. Trump is clearly supporting Guaido’s efforts at bringing humanitarian aid into the country, and it’s likely that support will become more robust over time.

Elements on the anti-American Left here and in other countries are parroting Maduro’s line that the humanitarian aid is a Trojan Horse to conceal weapons shipments to anti-regime forces in Venezuela, though so far there is little evidence to support such allegations — and if in fact they’re true, they only illuminate the fact the regime disarmed the populace several years ago, providing an example of exactly why a free people needs a Second Amendment.

The worst thing Trump could do, politically, is likely the best thing he could to do alleviate the suffering of the people of Venezuela as quickly as possible — namely, to send in the Marines and take out Maduro’s government. There is little evidence that’s coming, particularly since the U.S. would never act alone in that regard and neither the Colombians or Brazilians, who would have to join in, appear interested. That means Venezuelans will have to overthrow the regime, something they won’t have the brawn to do without armaments or conditions getting considerably worse.

Which means a lot of suffering is in the offing — both for the beleaguered people of Venezuela, who are learning the lesson that while one may vote oneself into socialism one has to shoot oneself out of it, and for the American Left, who will spend the next months and years explaining how Venezuela isn’t real socialism and shifting to Bolivia as the new socialist Wakanda (which won’t age well) while lecturing us how while they’ve supported all the same policies Chavez and Maduro have foisted on their people, the results of those policies here would be Totally Different You Guys.

For the former, one can’t offer enough sympathy and goodwill. It’s impossible to feel differently upon seeing the images of what socialism has done in Venezuela.

But for the latter, that sympathy is hard to generate. The silver lining to the trouble in Venezuela is the entertainment the American Left’s squirming will surely occasion.