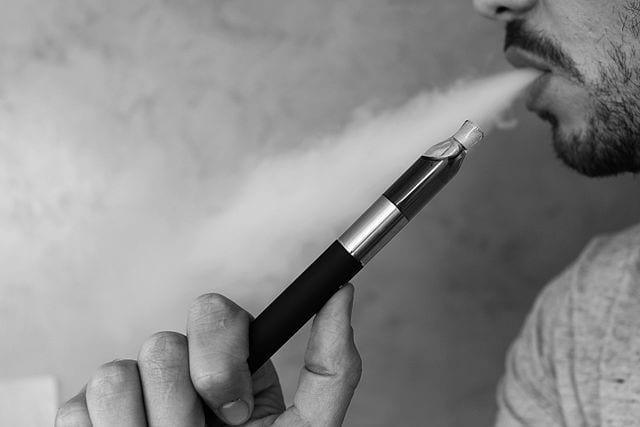 Certain requirements must be met for a public health issue to be classified an epidemic. These include a demonstrable negative health impact — and victims. The flu is a yearly epidemic, and opioid addiction is turning rapidly into a serious one.

Vaping, however, is not.

In early September, the Food and Drug Administration announced that the use of e-cigarettes by adolescents constituted an “epidemic” that required “historic action.”The polio epidemic of the 1950s and emergence of HIV/AIDS three decades ago inarguably called for historic action to relieve high incidence rates and suffering in patients. But vaping lacks both classifications required for national panic.

Immediately after the FDA announced its e-cigarette market crackdown, major cigarette producers experienced a commensurate uptick in their stock values. This is not good news for anyone with lungs as it telegraphs what investors see as a potential market increase of a cancer-causing product over a non-cancer causing alternative.

The University of Michigan has been producing a highly regarded epidemiological study of high school substance abuse since 1975. “Monitoring the Future” is survey-based research funded in part by the National Institute of Drug Abuse. Its report of 2017 trends is being used by an anti-vaping lobby obsessed with nicotine to promote their scientifically unprovable attacks on e-cigarettes and push FDA in a direction that could potentially harm public health. Yet the data does not really validate the anti-vaping cause.

The study shows that in the broader lifetime prevalence category, daily cigarette smoking among 12th grade students dropped from 63 percent in 1975 to 26 percent in 2017. When questioned about tobacco use in the 30 days prior to the survey, only 9.7 percent of students had smoked.

These are remarkably encouraging statistics as smoking is as close to a predictable death sentence as a habit can get. It is the number one avoidable health risk, and although in decline, is still responsible for 480K deaths every year and another 41K from the effect of secondhand smoke. At least 16 million Americans live with smoking related illness. It has more than its share of victims.

Vaping is not cigarette smoking and has none of its inherent health risks. In 2014, FDA very unimaginatively designated e-cigarettes as tobacco products even though they aren’t, perhaps as “merchandise containing nicotine” was too wordy. Of the main ingredients in cigarettes — tar and nicotine — tar is the cancer-causing agent and nicotine is not. Nicotine is an addictive agent, but not a carcinogen. And it is not even in every vaping product.

So, what are the urgent drug dangers for teens?

In the lifetime prevalence survey, 45 percent of 12th graders admitted to getting drunk. Use of illicit drugs increased from 2016 with marijuana, inhalants, and narcotics leading the way. Car crashes are the primary cause of death for high schoolers, and many involve drugged or drunk driving. Alcohol and drug use also contribute to sexual and physical assaults. There are no accidents or assaults connected to vaping.

The “Monitoring the Future” report demonstrated that the 30-day value for vaping among 12th graders was about ten percent. Another Michigan study using this data found most teens chose vaping with flavored liquids only over products containing nicotine. When asked about e-cigarette use in the previous month, more seniors reported a preference for vaping with flavor only products (11 percent) over nicotine-containing liquids (9.7 percent).

Like cigarettes and tobacco products, it is illegal for people under 18 to buy and possess e-cigarettes. The same ferocity with which FDA and local governments enforce cigarette laws for minors should be applied to e-cigarette products. The vaping industry must address concerns of product availability to a population not allowed to have them. This is easily addressed through responsible industry marketing campaigns, thus avoiding a Joe Camel moment.

Studies show e-cigarettes can decrease the risk of smoking cancers by a whopping 95 percent. Vaping is not perfect, but a vaping teen will not develop the negative health outcomes of a smoking teen. The demonization lobby came first for the smokers who became social outcasts with smelly sweaters. Now they are using the emotional impact of kids’ health as their excuse to come for the industry that turns smokers into non-smokers with a carcinogen free product. It makes no sense.

FDA Commissioner Scott Gottlieb is widely admired for his pro-market, pro-consumer, meticulous yet common sense approach to the application of science to public policy. Gottlieb has a tremendous opportunity to bring all parties together without hyperbole and create an evidenced-based plan to ensure fair treatment of this harm reduction product while also addressing detractors’ concerns.

It would be deadly irony if the FDA banned a product that is a victim reduction program and not focus on the teen substance abuses that are truly a threat.

Kerri Toloczko is a Senior Policy Fellow at Institute for Liberty, a public policy organization dedicated to limited government, free enterprise and individual pursuit of the American dream.