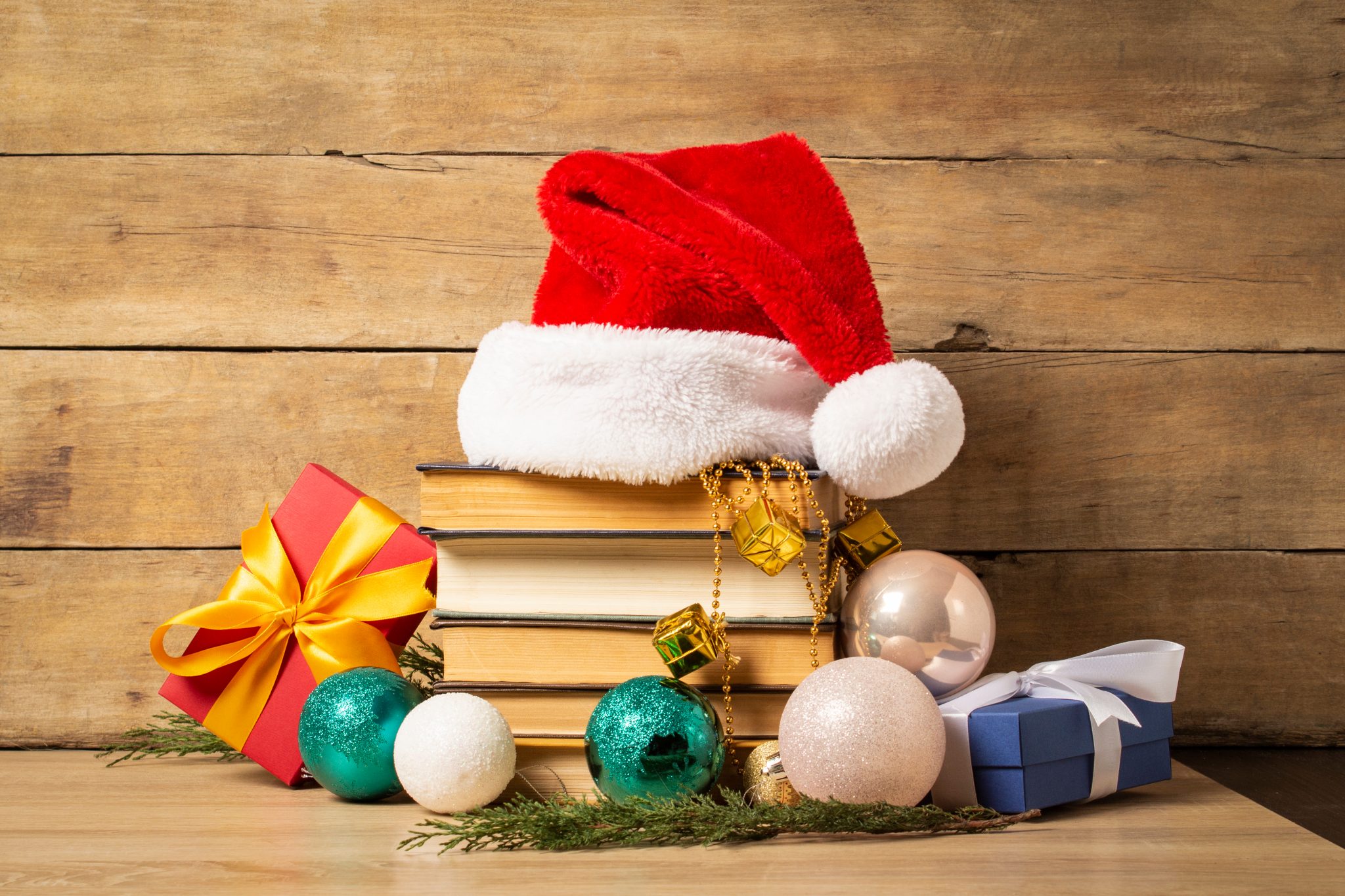 It is no secret that Mark Levin writes great, insightful books.

Whether discussing the Supreme Court in Men in Black, examining the left-wing assault on the Constitution in Liberty and Tyranny, or looking for the essence of American freedom in Ameritopia: The Unmaking of America, Mark Levin hits it out of the park every single time. He is the Babe Ruth of freedom. (And not to be forgotten are his recent bestsellers The Liberty Amendments, Plunder and Deceit, and Rediscovering Americanism: And the Tyranny of Progressivism. 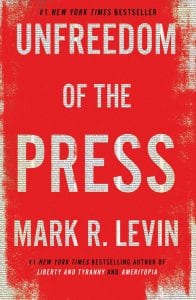 As noted in this space when Unfreedom of the Press was first published, Levin says this:

Unfreedom of the Press is about how those entrusted with news reporting in the modern media are destroying freedom of the press from within….
Indeed, social activism, progressive group-think, Democratic Party partisanship, opinion and propaganda passed off as news, the staging of pseudo-events, self-censorship, bias by omission, and outright falsehoods are too often substituted for old-fashioned, objective fact gathering and news reporting. A self-perpetuating and reinforcing mindset has replaced independent and impartial thinking. And the American people know it. Thus the credibility of the mass media has never been lower.

But as America heads into the election of 2020, this problem with a wildly misnamed “mainstream media” could not possibly be more critical. On two counts.

First, as Sean Hannity’s “ensemble cast” of investigators of what really has been happening in the 2016 election cycle and beyond has proved without doubt — and as confirmed by by the Horowitz report — there was serious, serious misconduct that was completely ignored by the media.

Second, what’s past, as the saying goes, is prologue. This next election year of 2020 is going to see the very same “mainstream media” going out of their way to propagandize the left-wing, viscerally anti-Trump worldview. What Americans are about to see played out over the next year is, as Levin aptly titles one chapter, “News, Propaganda and Pseudo-Events.” Cordially provided by a wildly biased Leftist State media.

The good thing, of course, is that there is now a conservative media balance to all of this. From Levin’s own radio show to his television shows on Fox and here at Levin TV on Blaze TV. And on to Rush and Sean and Laura and Tucker and Fox, etc. And yes, of course, please keep coming here to The American Spectator.

But make no mistake. Buckle in for 2020 and any and all presentations of “the news” from the Leftist State Media. And the best way to understand what you are seeing and hearing in 2020 is to read Unfreedom of the Press by Mark Levin.

OK. On to honorable mentions.

Let me begin with an unusual pick — a coffee table book, as they say. Hey! It’s Christmas! This would be Palace of State: The Eisenhower Executive Office Building. 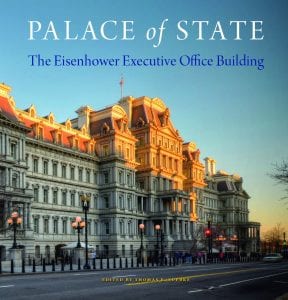 If you are interested in serious American history and architecture, this is the coffee table book of all coffee table books. Let me state my quite open bias. As a young aide to President Ronald Reagan, I had a prime, first-floor office in this seriously historic building that is cheek by jowl with the White House and is a part of what is known as the White House complex. Let me quote directly from this luxurious photo and history book:

The Dwight D. Eisenhower Executive Office Building (EEOB) has occupied a prominent place next to the White House for almost 150 years. Built to house three of the oldest and most important executive departments of the U.S. government — State, War, and Navy — the colossal granite building has long been a venue where American history is made. Having outlasted decades of plans threatening alteration or outright demolition, the building survives as one of the foremost examples of Second Empire design in the United States, and it now serves as the home of the Executive Office of the President.

It is here that President Franklin Roosevelt’s secretary of state received the Japanese ambassador to the United States, already knowing that the Japanese had bombed Pearl Harbor and the ambassador’s delivery of a severance of relations came — deliberately — after the sneak attack that killed thousands of Americans. It is here where a young Army soldier named Dwight D. Eisenhower worked for General Douglas MacArthur and others. Decades later, as president of the United States, when the demand was on to tear the building down, Ike was less than enthusiastic.

Originally known as the State, War, and Navy departments, the EEOB was home to a stunning cast of future American historical stars. Aside from a young Eisenhower, future presidents Theodore and Franklin Roosevelt worked here in the identical job of assistant secretary of the Navy — TR for President William McKinley and FDR for President Woodrow Wilson.

Vice presidents routinely had  an office in this building, in part to keep them out of a president’s hair. It wasn’t until 1977 and President Jimmy Carter that a vice president — Walter Mondale — got his own office in the West Wing of the White House, a handful of strides from the Oval Office.

In short, if you love glorious pictures of a historical building, this is your book.

Personal note: On a recent visit to the White House, I had the opportunity to visit a friend in the EEOB. This building, deeply historic, has been much restored to its original beauty. For this, much credit is due to both editor Thomas E. Luebke and to a former Reagan White House colleague of mine, John F. W. Rogers.

And don’t forget: The Capitalist Manifesto by Ralph Benko and William Collier. As Nathan Williamson observed over at the American Thinker:

Speaking on wealth creation, President John F. Kennedy famously noted that “a rising tide lifts all boats.” This assertion reveals a fundamental truth behind the power of the free market: when wealth is created in a true capitalist system, it inevitably spreads to all levels of society.

As the mammoth success of the Trump economic policies illustrates vividly — yet again — free-market economics is the key not just to America’s future but to any future. What Benko and Collier point to is the alarming increase in young Americans who have an infatuation with — socialism. As is often recalled, if historically disputed for accuracy, it was the conservative Winston Churchill who supposedly observed, “If you’re not a liberal when you’re 25, you have no heart. If you’re not a conservative by the time you’re 35, you have no brain.” 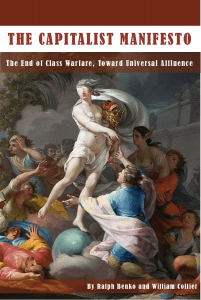 Whether Churchill actually said it or not, as Benko and Collier demonstrate, the sentiment is true. One of my personal favorites in the free-market fight, F. A. Hayek, observed in 1949, “Once freedom has been achieved it is taken for granted and ceases to be valued.” Hayek, of course, wrote The Road to Serfdom, which should now be required reading for America’s young, budding socialists. Clearly they have not only not read Hayek; if they continue on their socialist path, they also will be case studies of regret.

But why? Why, why, why must humanity trudge this dreary, all too frequently deathly path again? My short, Christmas-review answer is because they are not reading books like Benko and Collier’s The Capitalist Manifesto.

Oh yes. There is one last book I would recommend. I know the author well, so a review would be a conflict of interest. But you can find this Christmas book Swamp Wars: Donald Trump and the New American Populism Vs. the Old Order right here. 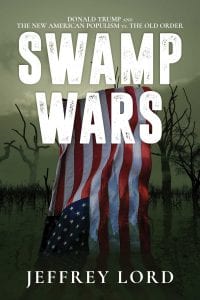